Strictly Come Dancing aired last night on TV and saw fifteen couples take to the dance floor. Saffron Barker is a YouTuber from Brighton who is partnered with pro AJ Pritchard. The couple has been spotted being ‘tactile’ outside of Strictly rehearsals. So what did their body language on the BBC show last with reveal about their relationship?

Saffron and AJ sent Strictly Come Dancing fans wild on social media as they got very close to each other at the end of their energetic routine.

“This cute-looking couple have been seen acting ‘tactile’ outside rehearsals, sparking rumours and gossip of the kind of Love Island-style chemistry that Strictly trades on and their routine last night did end in a pseudo-passionate truncated kiss that will clearly add fuel to the fire,” said Judi.

However, the expert went on to explain that Saffron’s focus was on the cameras more than her partner.

“So far though there’s not really the weakest body language signals of anything congruent though,” aid Judi, “with social media star Saffron’s full eye-attention still on the cameras as you’d expect from a selfie-loving ‘influencer’, while AJ looks happy to join in the narrative for her followers.”

As for the almost-kiss, that too was simply for effect rather than reflective of real chemistry. 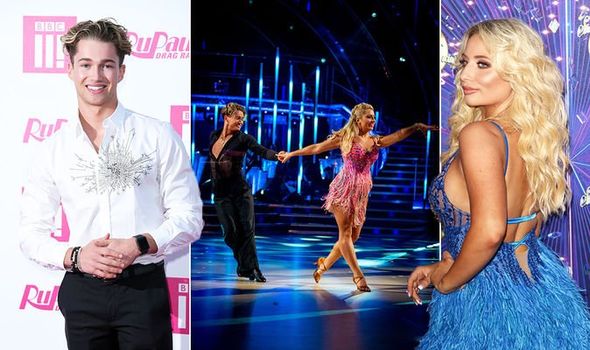 “The performed part-kiss was smoke and mirrors,” explained Judi. “AJ was bent over Saffron and actually holding her in a low lift at the time, meaning if they had actually succumbed to a moment of genuine passion and locked lips he might just have risked a hernia.”

In fact, Saffron’s responses to AJ are “low,” according to Judi, and there is some “torso tension” between the pair.

The body language expert expanded: “Their eye contact seems to be at a minimum on set, with Saffron much more interested in outside stimulation like the judges’ feedback and Claudia Winkleman’s chat.

“AJ does appear to instigate some non-verbal communication via squeezes and hugs but Saffron’s responses are still very low.

“As a result, there looks to be some torso-tension between them as they dance rather than the kind of relaxed and necessarily touching or even pressed-together torsos that we’re seeing from couples like Michelle Visage and Giovanni.” 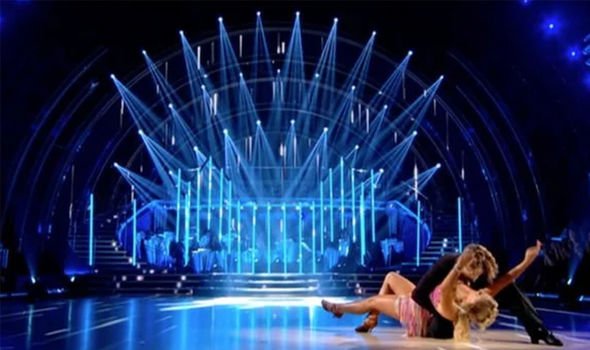 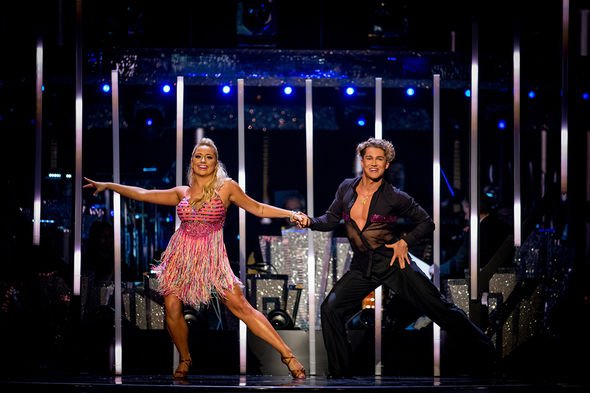 Judi explained that the Strictly duo could well benefit from breaking down the barriers between them.

She said: “If anything there seem to be some current inhibitions between Saffron and AJ and as potential ‘slow burn’ winners they might need to be breaking down some barriers right now, meaning the hand-holding and socialising could be useful in terms of improving their techniques.”

After watching their performance, viewers took to Twitter to comment on the couple. One said: “Saffron and AJ are cute #Strictly.”

“There’s something about Saffron & AJ. Great pairing. My, she worked so hard! #Strictly,” a third said.

Both AJ and Saffron have denied any suggestion they are anything other than dance partners and AJ is currently dating fellow dancer Abbie Quinlan.