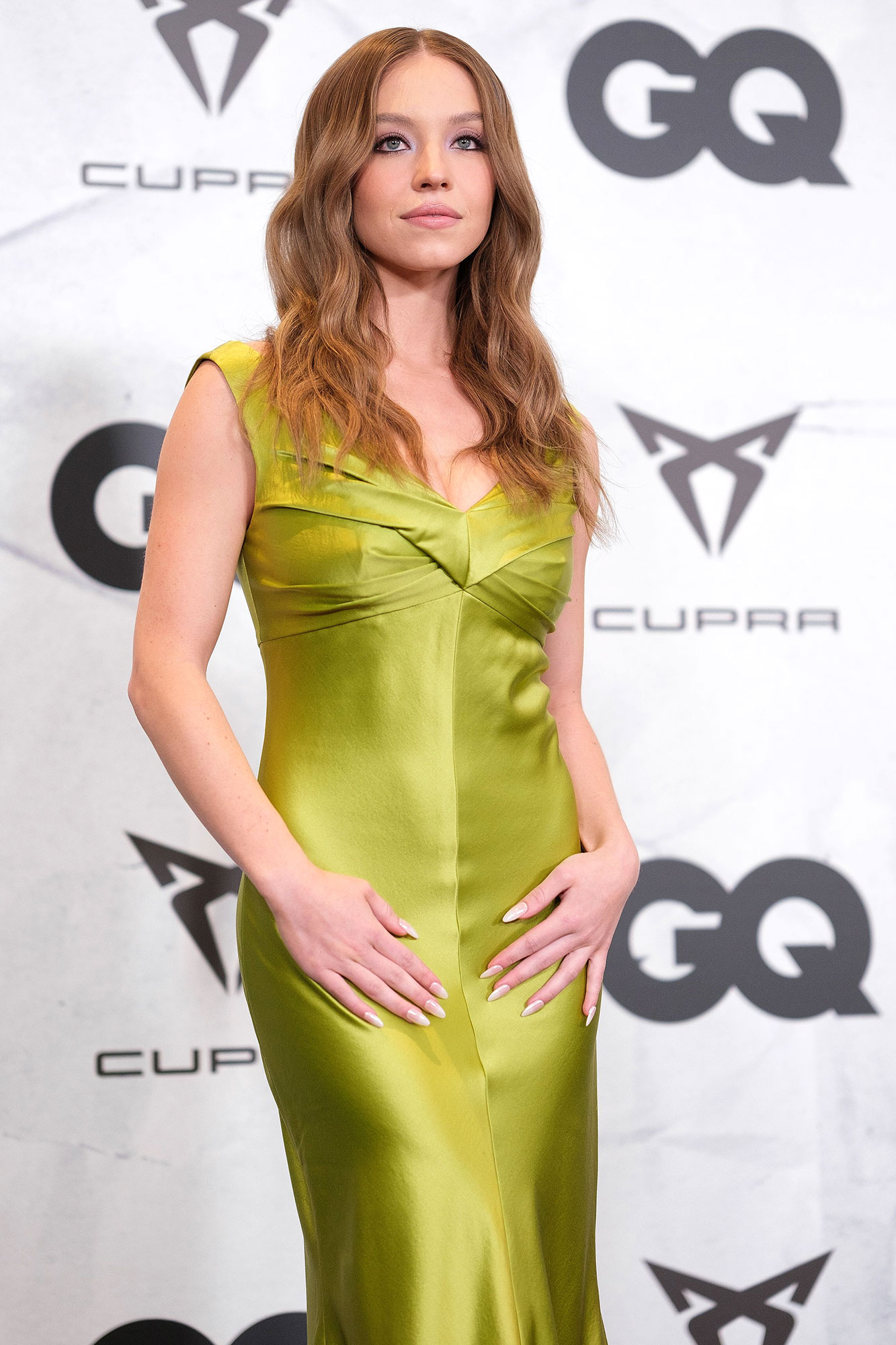 Hey now, hey now! Sydney Sweeney‘s look at the GQ Men of the Year Awards was inspired by The Lizzie McGuire Movie.

For the soiree, which took place in Madrid, Spain, on Thursday, November 17, following the initial celebration in London on Wednesday, the Euphoria star, 25, looked radiant in a vintage Versace dress.

The olive-colored frock was made of satin and featured a gathered design at the bodice. The Washington State native complemented the garment with newly dyed reddish-brown tresses, which she had styled in loose waves. The White Lotus actress, who previously rocked blonde locks, also donned elongated lashes, pink eyeshadow and a soft glossy lip.

GQ Men of the Year Awards 2022 Red Carpet: See What the Stars Wore

Sweeney showed off the glitzy look via a carousel on Instagram, including a screenshot of Hilary Duff in the iconic Disney film. As fans know, the movie followed Duff’s Lizzie as she and her classmates visited Rome on a school trip. There, Lizzie met music star Paolo Valisari, whose duet partner, Isabella, looked exactly like Lizzie. The eighth grader agreed to briefly replace Isabella, but in the end she and the songstress performed together. For the special concert, Isabella wore a sparkly outfit in the same hue as Sweeney’s getup. 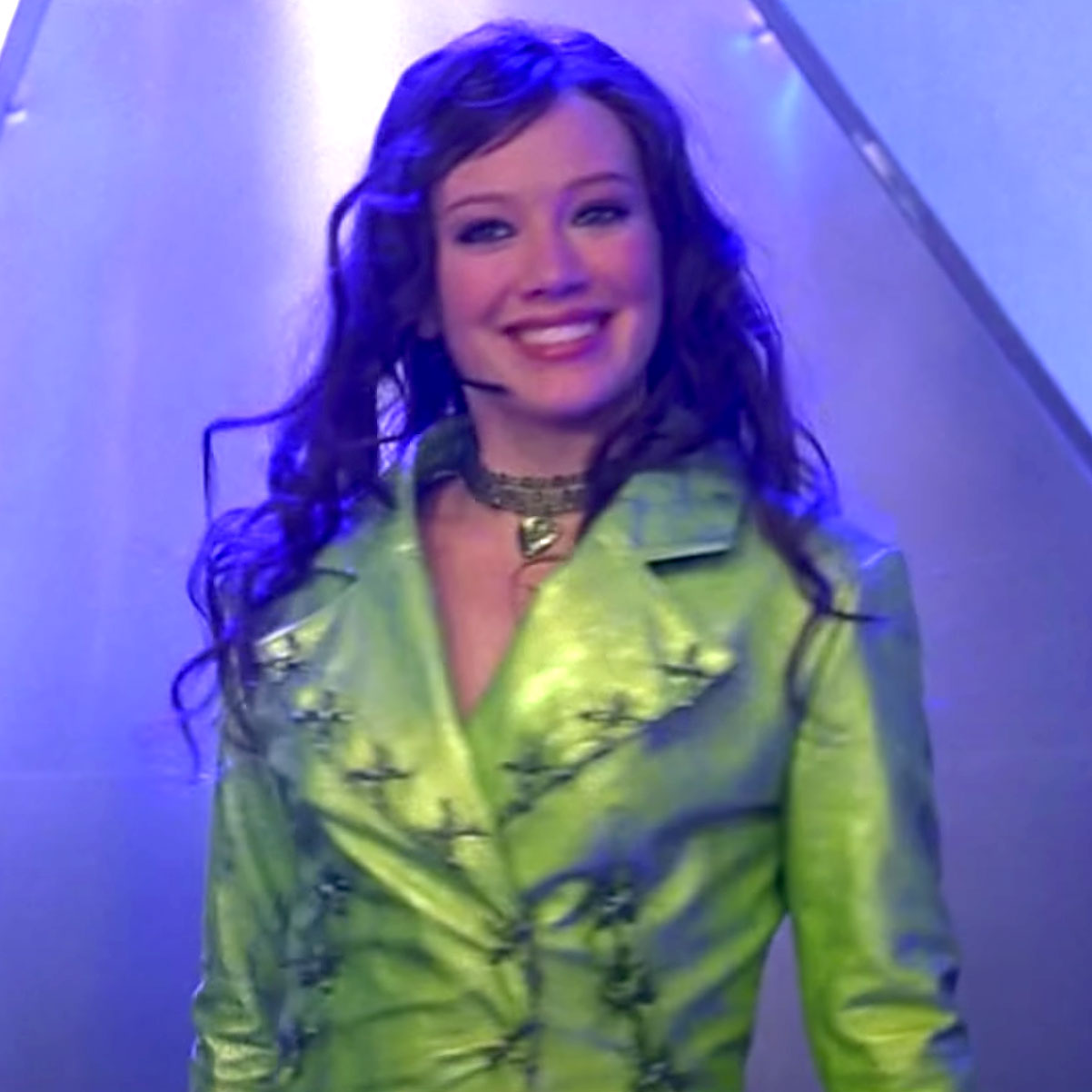 “What a crazy fun 12 hours in Spain,” Sweeney captioned the social media post. “Thank you @gqspain for such an honor (need to come back soon)!!”

The Handmaid’s Tale star was among the many stars to be honored at the 25th annual ceremony, which highlights the “best and brightest” actors, athletes, musicians, designers, politicians and more, per the magazine. Andrew Garfield, Travis Barker and Jack Harlow were also recognized at the event. 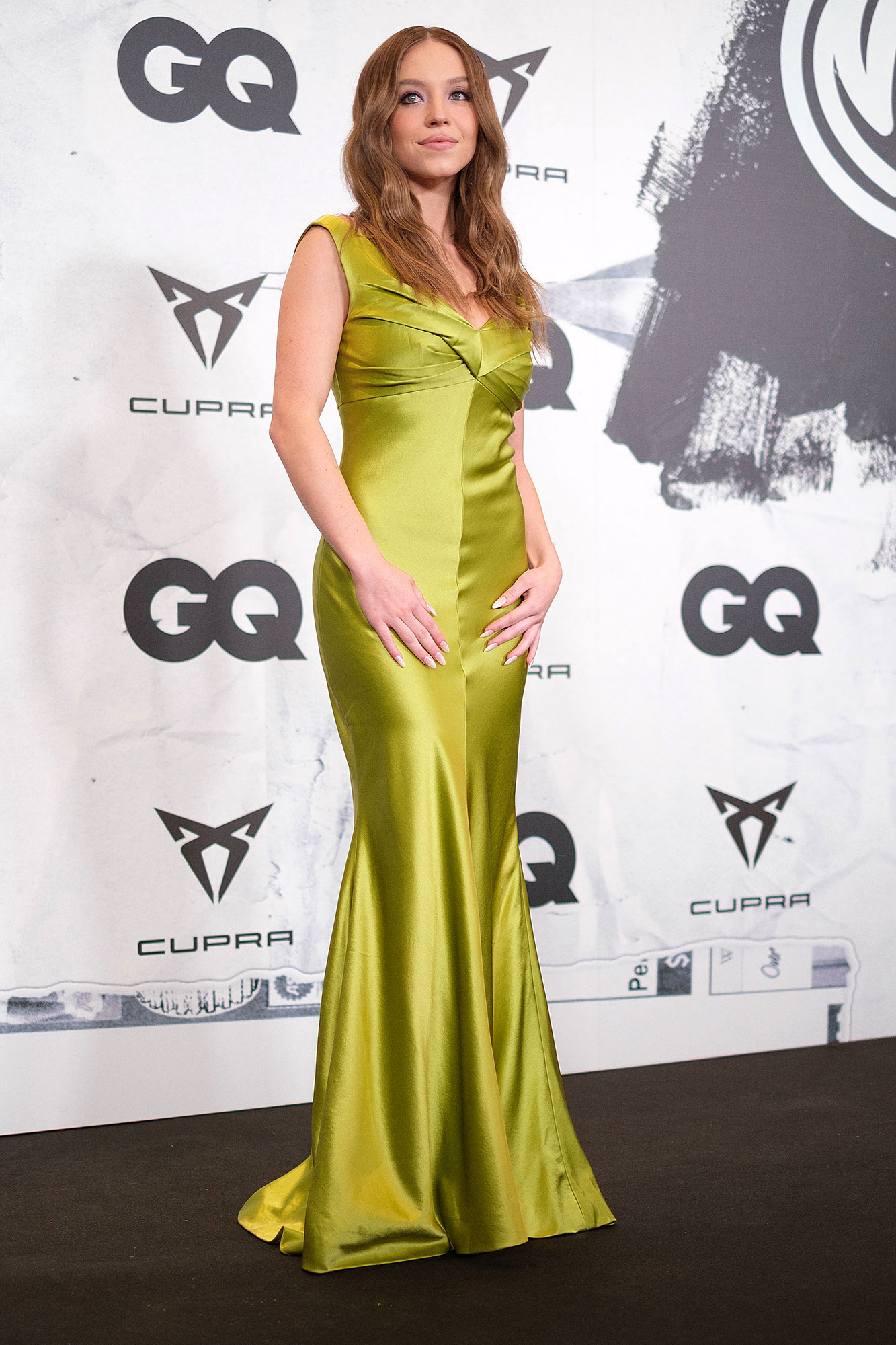 For the London bash, Sweeney commanded attention in a sexy design by Laquan Smith. The sultry number featured a metallic breastplate and a figure-hugging skirt. The Voyeurs actress teamed the look with silver eyeshadow and dramatic liner.

In her interview with GQ ahead of the big night, Sweeney opened up about her physique, telling the publication she wasn’t always proud of her appearance.

About Last Night: See the Best Dressed Stars on the Red Carpet and Beyond

“I had boobs before other girls and I felt ostracized for it,” she said. “I was embarrassed, and I never wanted to change in the locker room. I think that I put on this weird persona other people had of me because of my body. So, I did play every sport and studied really hard, and I did everything that people wouldn’t think I would do to show them that my body doesn’t define who I am.”