Contrary winds have blown a disconnect between the Sydney Theatre Company’s artistic achievements and its finances.

This year has not just been Kip Williams’ strongest season at the helm, but STC’s strongest in years. After a particularly shaky 2019, Williams now shapes up as a finer artistic director than his immediate predecessors. 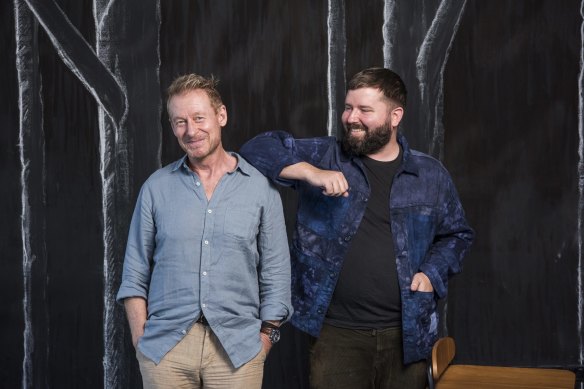 Kip Williams and Richard Roxburgh. Williams is directing Roxburgh in the upcoming production of The Tempest.Credit:Steven Siewert

Curating seasons with zero artistic and financial blips is well-nigh impossible because supposedly “safe” plays might turn people away in the same droves as failed experiments. What is “safe” programming in theatre? There’s no equivalent of an opera company mounting La Boheme or La Traviata and watching the tickets sell themselves.

Williams has to balance commissioning new work with resuscitating chestnuts, balance casting stars with embracing diversity, and balance slimline productions with the visual extravaganzas he favours. Meanwhile, like all artistic directors, the pandemic confronted him with decisions about which shows to postpone and which to axe.

This discussion comes when the finest STC show for a decade or more, RBG: Of Many, One, starring Heather Mitchell (as Ruth Bader Ginsburg) and directed by Priscilla Jackman, is currently selling out Wharf 1. Written by Suzie Miller, this was a shrewd commission by Williams; one that surely the company will tour.

That this was preceded by two other exceptional productions, A Raisin in the Sun and Strange Case of Dr Jekyll and Mr Hyde, suggests a company in rude artistic health. The year has also seen a potent revival of Meyne Wyatt’s City of Gold, and the gleeful kick in the crotch of racism that was Michelle Law’s Top Coat.

Then there were the seemingly inevitable lesser lights, such as Blithe Spirit and the over-produced The Tenant of Wildfell Hall – the latter part of an occasional pattern of Roslyn Packer Theatre productions offering low artistic yields for the perceived need to make them visually sumptuous.

Exceptions to this have included the musical Fun Home and Wesley Enoch’s lavish production of Appropriate, both last year. Most obviously, the big theatre has lent itself to Williams’ now trademark (and no doubt expensive) cine-theatre, beginning with 2018’s in-your-face The Resistible Rise of Arturo Ui (starring Hugo Weaving), and, less successfully, his revival of Patrick White’s A Cheery Soul.

The method culminated in 2020’s unforgettable The Picture of Dorian Gray and this year’s conceptually similar Jekyll and Hyde. But the approach can fail spectacularly, as happened with Julius Caesar last year at Wharf 1, the play’s transfusion of cell-phone technology coming at the cost of obliterating some of Shakespeare’s finest verse. 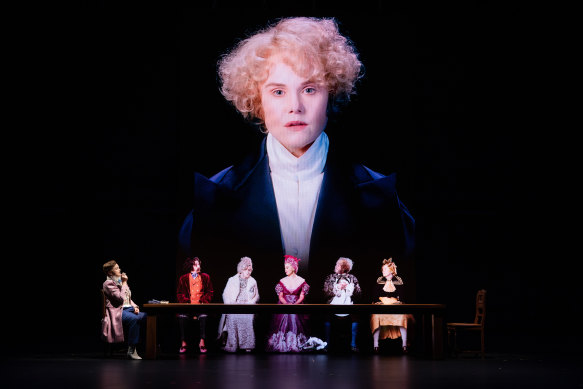 Williams is far from a one-trick pony, however, making highly successful dips into the pockets of our literary culture, including 2018’s epic The Harp in the South and 2021’s Playing Beatie Bow, both adapted by Kate Mulvaney.

Yes, he had a horror run in 2019 with a jarringly off-key Cat on a Hot Tin Roof, Nakkiah Lui’s undercooked How to Rule the World (coming after her riveting Blackie Blackie Brown), a questionable revisiting of Oriel Gray’s The Torrents, a disappointing revival of Cosi (directed by Sarah Goodes) and a flaccid Simon Phillips production of Stoppard’s The Real Thing.

Nonetheless, the imaginative range of his programming impresses, from peppering his seasons with such riotous comedies as Accidental Death of an Anarchist and No Pay? No Way!, to reviving The 7 Stages of Grieving in 2021. If the company is in a hole, Kip seems a safe pair of hands with the spade.