Tayshia Adams is in a season of self lovery, & we love that for her! The beauty spoke to HL about her ongoing travels & how she’s focused on loving herself.

London is calling! After an extended trip across the pond, Tayshia Adams told HollywoodLife that she “got her groove back,” as she navigates the single life! The former Bachelorette star spoke to HL about her partnership with No7 and opened up about how she’s “ever-evolving” in this new chapter of life. “I went to London by myself did a solo trip, which I feel like every girl needs in their life! I had a little bit of me time and just just exploring and I feel like I just got my groove back!” she gushed. “I was just being me — and I think that just goes to show how important it is to do stuff for yourself! Putting time into you is the most valuable thing, and it has translated into almost every aspect of my life.”

Tayshia admitted that sometimes she does get “lonely,” since her split from Zac Clark, but she is “trying to learn to lean into that.” “I’m just discovering myself at this stage in my life,” she explained. “I feel like I want to be able to really understand myself, the ins and outs, the goods, the bads, the uglies, in order to really find someone that’s gonna match all of that in the future. So, right now, I’m just really excited for what’s to come and where I’m at right now. Spending time on me is where I want to focus.” 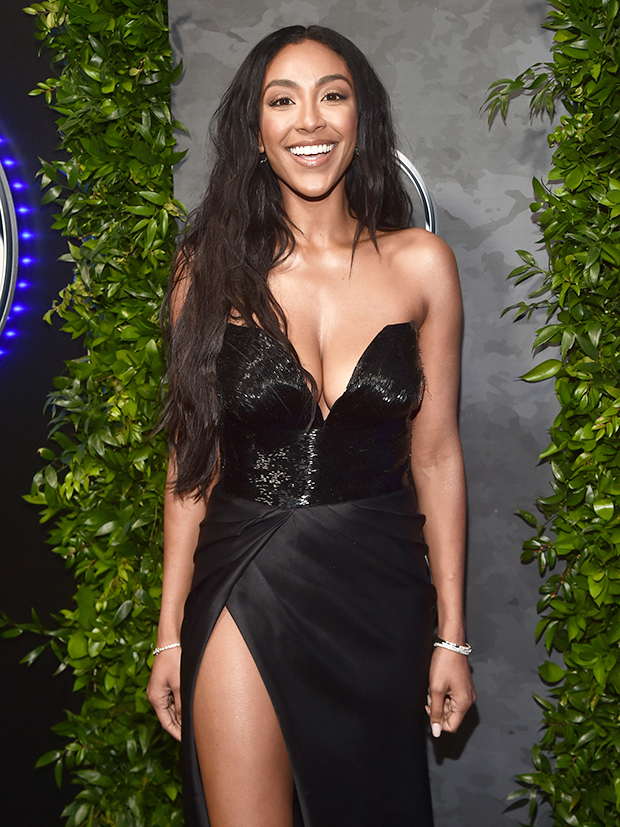 That focus on herself could even look like a possible spot on the upcoming season of Dancing With The Stars! “I would not be opposed to a little cha cha cha moment!” Tayshia laughed. “Who says no to glitter, sequins, and high heels?! That would be so fun.”

As for getting back out there, Tayshia admitted “it’s been really fun being single” and she “doesn’t plan on dating anytime soon.” Something that the beauty is having fun with is discovering new makeup and skincare products! Upon forgetting a moisturizer and sunscreen during her London trip, Tayshia discovered No7’s Lift & Luminate Day Cream, which she said she “cannot stop using!” “I’m hooked on it!  Not only is it a moisturizer, but it also has sunscreen, so it checks all the major boxes for me, plus it’s in one product, as opposed to buying two!” she told HL. “The hydration is amazing, and you’re definitely able to build on it with make-up. I’ve used it every day since and I’m obsessed with it!”

You can purchase No7 at your local Walgreens or Target!