The cast for ‘The Challenge: All Stars,’ which will premiere on April 1, has officially been revealed. Find out which fan-favorite OGs are returning!

The Challenge OG season is officially coming! After months of buzz and online petitions for the show to bring back some of its beloved, original cast members from the early 2000s, MTV has delivered. The network announced the cast for The Challenge: All Stars on March 16, and confirmed that the show will be airing exclusively on Paramount+ starting Thursday, April 1. 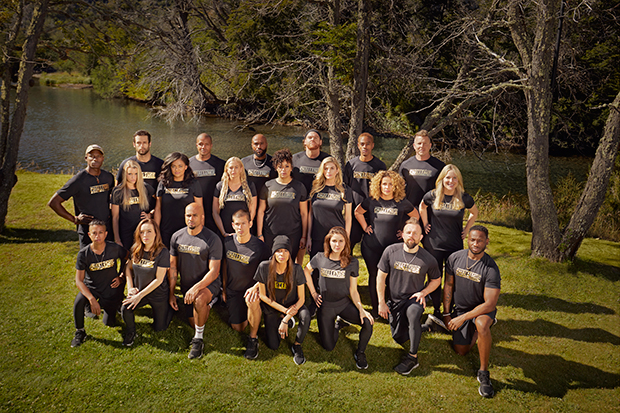 “[The Challenge: All Stars] features 22 of the most iconic, boldest, and fiercest Challenge All Stars from the original Real World and Road Rules, returning for a chance at the ultimate competition as they vie for htier shot at the $500,000 grand prize,” MTV confirmed. “The nine-episode season will drop weekly, exclusively on Paramont+. Hosted by TJ Lavin, The Challenge: All Stars will follow competitors as they face unprecedented, over-the-top challenges set in the Andes Mountains of Argentina. The Paramount+ original series welcomes back many of the greatest reality titans the franchise has ever seen, including some who haven’t competed in more than two decades.” Check out the first trailer above, too!

The Challenge first premiered in 2000. It began as a competition show that pitted reality stars from MTV’s hit series’, The Real World and Road Rules, against each other. In the 21 years since, the show has evolved in a big way. Eventually, MTV branched out and started casting contestants from another one of its shows, Are You The One?, as well. By season 31, the cast also featured alum from other reality shows — Big Brother, Ex on the Beach and Geordie Shore. Now, casting has extended to Survivor alum, Love Island UK alum and many more.

Although The Challenge has continued to pull in incredible ratings for MTV, a lot of fans have been missing the cast members who helped get the show off the ground. In 2020, longtime veteran Mark Long, who won two early seasons of The Challenge, began petitioning for a season consisting of only OG cast members. He also started reaching out to many of his former castmates to find out who would also be interested in returning, and the response was overwhelming.

Unfortunately, a lot of these cast members have moved on with their lives and have families to take care of back home these days. Understandably, starring on a reality show hasn’t been a priority for a lot of them, but Mark and MTV were able to recruit a solid group to return. Until the All Star season premieres, though, there will be plenty of Challenge content to hold us over — the show’s 36th season, The Challenge: Double Agents, is currently airing on Wednesdays at 8:00 p.m. on MTV.