It’s a fair question given the subject matter of his new film. What did Mark Mylod, the British director of The Menu, have for dinner last night? And, to be precise, was it anything as exotic as the dishes that an intense celebrity chef played by Ralph Fiennes serves his patrons, such as the “breadless bread plate”?

“I went round to my daughter’s flat in Brixton – saw my two older daughters – and she cooked up this pasta dish with vegetables and home-made pesto,” Mylod says with a laugh on a Zoom call from London. “It was absolutely delicious. And about as fancy a meal as I’m probably likely to have for the rest of the year.” 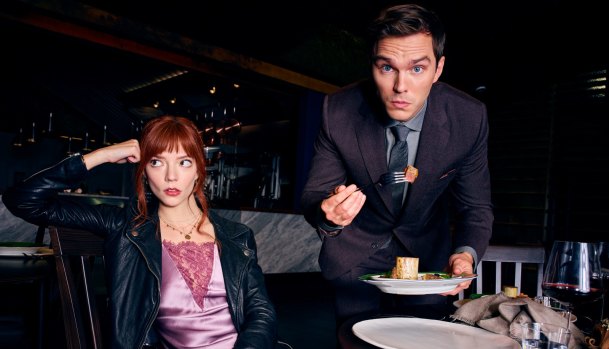 Just as well it was nothing more ostentatious given that Mylod has taken a meat cleaver to the pretensions of fine dining in The Menu, a savage black comedy and psychological thriller.

At an exclusive restaurant called Hawthorn that can only be reached by boat, chef Julian Slowik is serving course after ornate course to cashed-up patrons who have paid not much less than $2000 each. Nicholas Hoult plays Tyler, a die-hard foodie who worships Slowik’s every culinary gesture, with Anya Taylor-Joy as Margot, his feisty last-minute dining companion.

It’s the latest project from Adam McKay’s Hyperobject Industries, joining the series Succession and Winning Time: The Rise of the Lakers Dynasty and the comic extinction movie Don’t Look Up.

Mylod, whose impressive television credits include Game of Thrones and Succession, says the inspiration for The Menu was a visit by screenwriter Will Tracy to a similarly exclusive restaurant on an island.

“He was on his honeymoon and they were in Bergen, Norway,” he says. “It’s exactly the premise that we start off The Menu with. He and his wife booked this beautiful restaurant and they turned up and this little tugboat came out and took them over to this island. 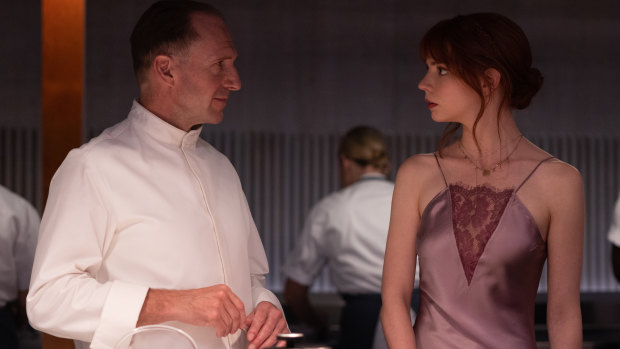 Backbone of the film: Ralph Fiennes and Anya Taylor-Joy in The Menu.Credit:Searchlight Pictures

“Will is a self-confessed slightly claustrophobe so when they got onto the island and saw the tugboat chugging away and leaving them there, he thought ‘hang on, anything could happen now’. That was the germ of the idea.”

Mylod, who has won two Emmys as executive producer and director of Succession, replaced Alexander Payne as director of The Menu after falling in love with the script.

“It was so insanely entertaining and unpredictable – things that I love in the movies,” he says. “Plus it had this beautiful triangle of tones to try to hit – it’s funny, it’s got this beautiful comedic dark horror-thriller element to it and it’s also got a satirical edge.”

Mylod, who has also directed both the British and American versions of the series Shameless, Entourage and the film Ali G Indahouse, sees The Menu as a film about the “corrosive effects of ego on art, the uncomfortable relationship between art and commerce and, in the case of chef Slowik, how that has perverted his art and born in him this huge self-loathing”.

He thought the casting of Fiennes and Taylor-Joy as the two central characters, who increasingly spar as courses are served, was “a no-brainer”.

“Ralph and I, when we first spoke, neither of us wanted Slowik to be a moustache-twirling evil film guy,” Mylod says. “We wanted somebody who was in pain, who was an artist consumed with self-loathing, with self-knowledge of the bad choices that he’s made. 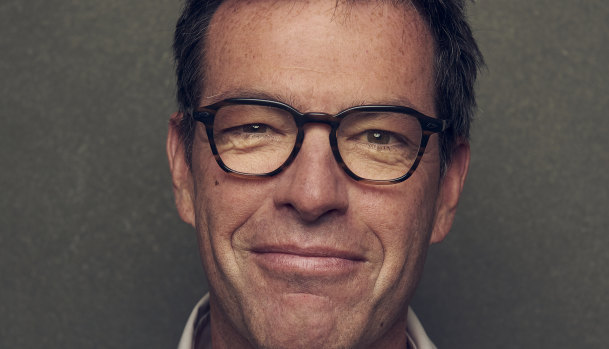 “It was so insanely entertaining and unpredictable – things that I love in the movies”: director Mark Mylod.Credit:20th Century

“The brilliant thing about Ralph is he can do that and also be hilariously funny, which is pretty much unique. And I needed a young actor who could go toe-to-toe with Ralph and for that duel between those two characters to be the backbone of the film. I needed a force and Anya is that.”

To make the restaurant feel authentic, Dominique Crenn, the only female chef in the US to have been awarded three Michelin stars, created the dishes that Slowik serves, trained the cast on how to work in a fine dining restaurant and advised Fiennes of his character’s troubled psychology.

“There is a symphony in front of you and you are the director,” she told him. “I said it’s mentally exhausting because you are creating this piece of art and you are at the mercy of someone walking into your restaurant that you don’t know that could totally take you down.”

Mylod shot the film in Savannah, Georgia, in the middle of a COVID wave. He found that staying in a bubble fostered a sense of camaraderie and community among the cast and crew.

“I like to work in this Robert Altman-esque way where the cast are all on set all the time and everybody’s miked all the time,” he says. “So that when the main coverage is happening over here with these characters, I’ll have at least one camera searching out other stuff that’s going on.

“When the whole ensemble would come to set in the morning, they were all on for the whole day – 10 hours straight using what’s called the French hours – we’d just go straight through. Luckily it was a beautiful set, from [production designer] Ethan Tobman, so it wasn’t the most unpleasant place to be.”

So did Mylod use preparing to make The Menu as an excuse to visit every exclusive restaurant he could?

“I probably would have a lot more had it not been for a pandemic,” he says. “A lot of my research was therefore online. Before I even joined the project, back when I was working on Game of Thrones for a few years, David [Benioff] and Dan [Weiss], the writers, were much bigger foodies than me.

“When we were shooting in Europe, I’d always hit them up for some fancy meal somewhere. I’d always love their company but always feel slightly out of place. I’d feel like Margot – a fish out of water – in those places.”

At Hawthorn, that dish would be the “fishless fish platter”.

The Menu opens in cinemas on November 24.