The story behind the Royal Family’s tribute portrait of the Queen: Evocative image was taken by ‘down-to-earth’ photo-journalist Jane Bown to mark Her Majesty’s 80th birthday and convey her ‘human side’

When the royal family announced the death of Her Majesty on Thursday, the historic news was accompanied by a simple, black-and-white photograph of the Queen smiling.

The image was taken in 2006 by Jane Bown, a long-time favourite photographer of the Queen; the late Monarch had appreciated her simple approach and ‘unassuming’ nature, as well as her mastery of the camera.

The photoshoot, designed to show the Queen’s ‘human side’, had been arranged to mark the 80th birthday of the Queen and Bown, who died in 2014, was 81 when she stood behind the lens to take a photo that is now forever in England’s history books.

The short statement that accompanied the image yesterday read: ‘The Queen died peacefully at Balmoral this afternoon. The King and The Queen Consort will remain at Balmoral this evening and will return to London tomorrow.’ 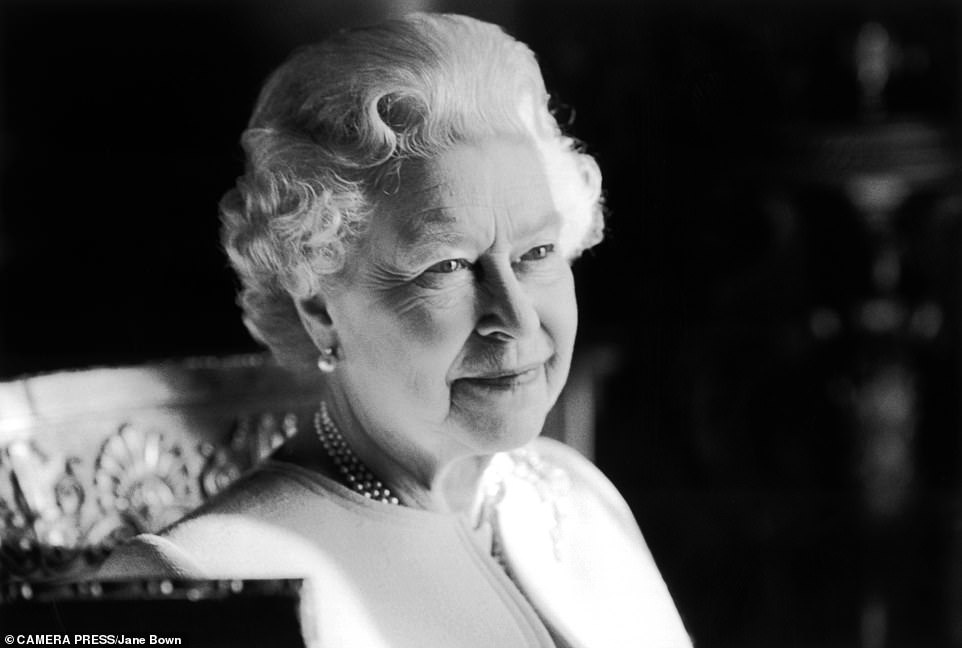 The royal family announced the death of Her Majesty on Thursday with a short statement and a simple, black and white photograph of the Queen smiling; the image was captured by Jane Bown in 2006 to mark the late Monarch’s 80th birthday 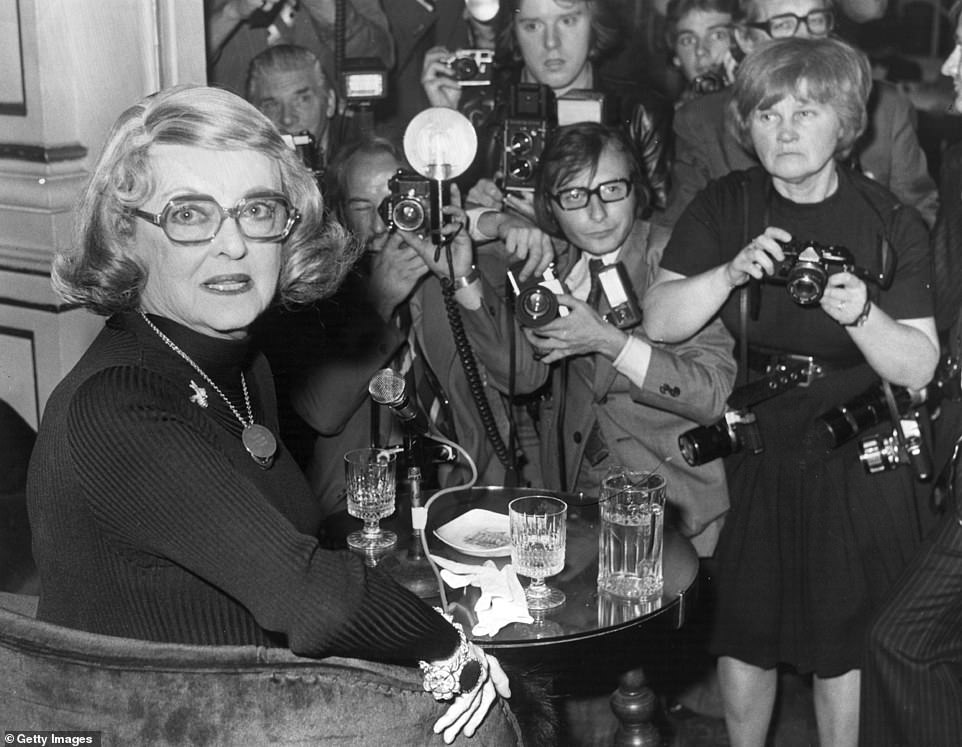 Bown, who worked for the Observer for 60 years, always described herself as ‘a hack’ but was respected the world over for her photography by her death in 2014 at the age of 89. Bown pictured, far right, taking a photo of Bette Davis, left, in London in 1975

A photographic exhibition that went on display in Drawings Gallery at Windsor Castle in 2006 to mark the Queen’s 80th birthday had been designed to show the Monarch’s more human side, with Bown’s photo certainly achieving that.

Bown had been a photographer at the Observer newspaper for 60 years and although she is best remembered for her relaxed, informal black-and-white portraits of royals and celebrities, she also captured the hardship and hopes of ordinary people: striking Welsh miners, women at Greenham Common and gypsy children.

The Queen appreciated Bown’s character too, she was by all accounts an unassuming, modest, private woman despite worldwide acclaim for her public work.

The Royal Collection Trust’s description of the photo reads: ‘Photograph of a head and shoulder length portrait Queen Elizabeth II (b.1926) seated facing right, her head slightly turned towards the camera. She gazes ahead and smiles. She wears a three strand pearl necklace, pearl stud earrings, a light colour jacket and a light colour blouse.’

Bown, who died in 2014, studied at the Guildford School of Art before becoming a trailblazer in the male-dominated photography world when she began working for The Observer newspaper in 1949.

Over her 60-year career, Bown established herself as one of the giants of British photo-journalism and one comparisons to Henri Cartier-Bresson for her candid street photography. 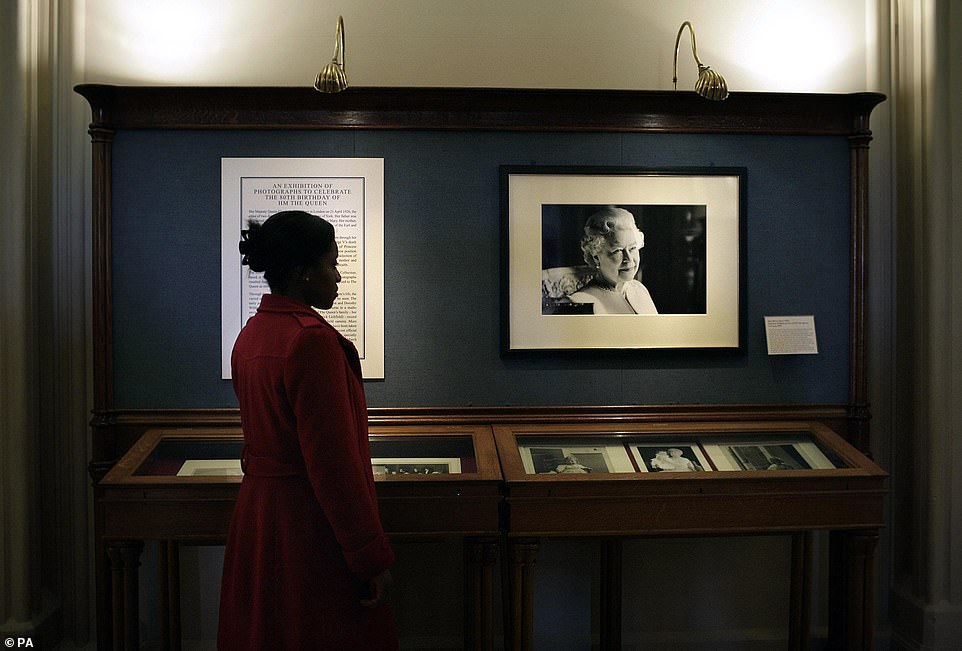 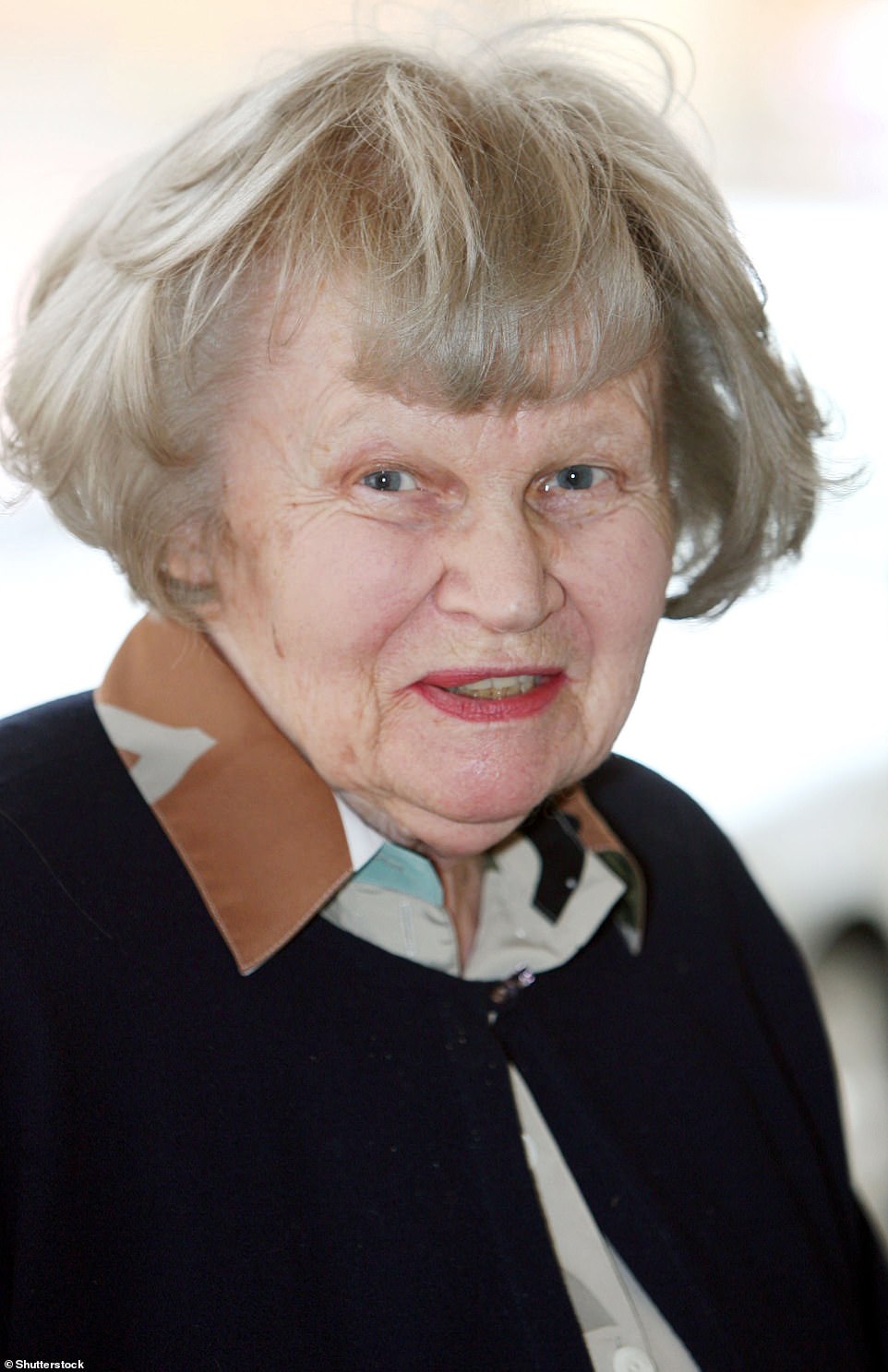 Bown, who died in 2014, studied at the Guildford School of Art before becoming a trailblazer in the male-dominated photography world when she began working for The Observer newspaper in 1949

She became known for her unobtrusive aura while photographing celebrities more accustomed to the paparazzi; often all she required was one reel of film, 15 minutes with her subject and indirect sunlight from a window.

Featured within the exhibition is her revered portrait of notoriously camera-shy Samuel Beckett, captured in a dreary back entrance to the Royal Court Theatre in London.

Displaying her tenacity and determination in an interview for The Guardian almost 40 years later, Bown stated that she seized the opportunity, literally grabbing Beckett’s arm in order to capture her shot.

It has since become the most famous image of the writer and one of Jane Bown’s most recognisable works.

Bown was later recognised with two exhibitions at the National Portrait Gallery and a CBE for her outstanding contribution to photography. 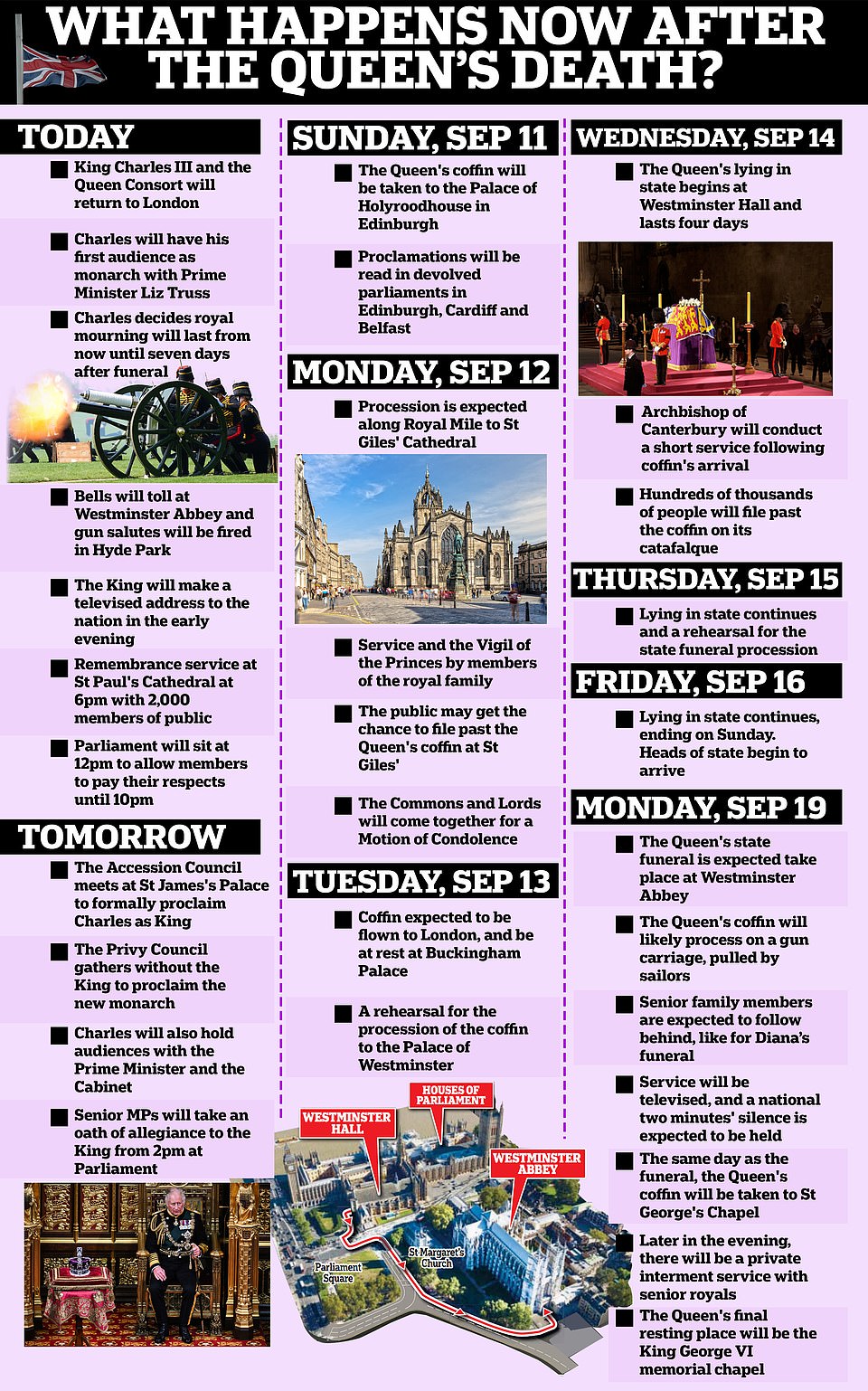