Premiering on HBO Max this Friday, Judas and the Black Messiah has already generated a lot of Oscar buzz. Directed by Shaka King and produced by Black Panther director Ryan Coogler, the 1960s-period film tells the true story of William O’Neal, a real-life informant for the F.B.I. who infiltrated the Black Panther party in Chicago, providing the government with information on the “Black Messiah” Fred Hampton.

Lakeith Stanfield plays O’Neal, while Get Out star Daniel Kaluuya portrays the charismatic civil rights leader. Ultimately, O’Neal gets deep enough into the party that he becomes the Chicago Black Panthers’ head of security, giving him enough access to help organize Hampton’s murder.

“It always sort of struck us as insane that this person, a citizen, was killed by the state, and there’s direct evidence of it, and it wasn’t really spoken about,” co-writer Kenny Lucas told Fast Company. But the writers couldn’t find a way to tell this story until they came across information about O’Neal.

New York Times film critic A.O. Scott writes that the film has all the elements of a crime thriller, like “stakeouts and shootouts, chases and interrogations,” but ultimately, Judas and the Black Messiah is a political tragedy, about the government’s fear of the emerging Black Power movement.

Here’s everything you need to know about the real-life events that inspired Judas and the Black Messiah.

Who was William O’Neal?

The film takes a lot of creative license in telling O’Neal’s story, giving him a number of moral and ethical conflicts. King told Deadline that the filmmakers wanted to use his character as a stand-in for the audience. “On the side of O’Neal, [we wanted] to humanize him as well so that viewers of the film could leave the movie wondering, ‘Is there any of that in me?'” the director explained. Filmmakers omitted his worst offenses, like torturing a Black Panther accused of being an informant, because the film could only be successful if viewers empathized with him, per Fast Company. 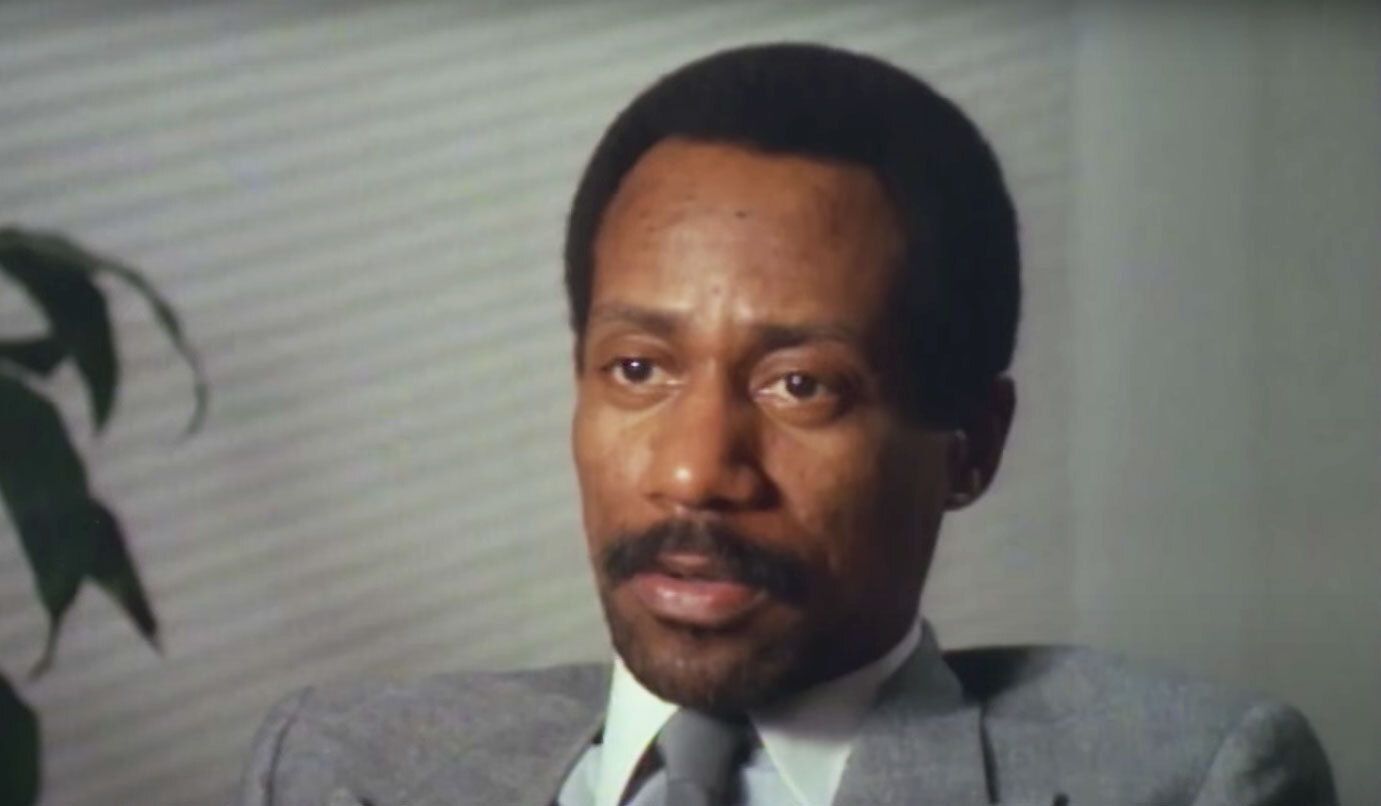 The real William O’Neal grew up in Chicago and started stealing cars as a teenager. After he stole a number of vehicles and was busted by FBI agent Roy Mitchell, O’Neal accepted a plea deal to infiltrate the Black Panthers in order to have the theft charges dropped.

According to the Chicago Tribune, O’Neal was “[a] fast-talking, conniving West Side black kid who thought he knew all the angles.” 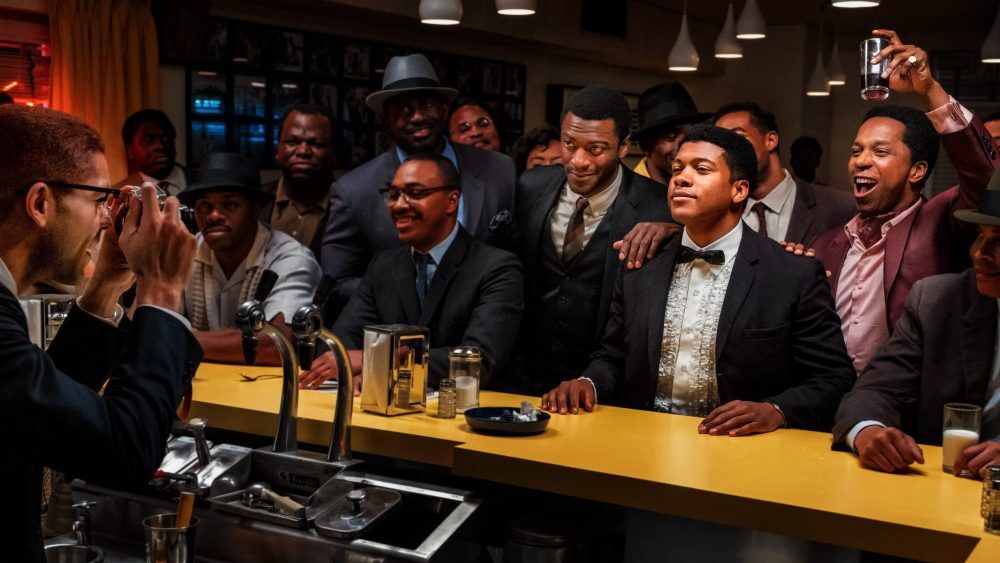 “Unlike what we might think of an informer being a quiet person who would appear to be a listener, O’Neal was out there all the time spouting stuff,” said Hampton’s lawyer TK Haas, who was 26 years old at the time, per the Smithsonian. “People were impressed by that. …He was a ‘go do it’ guy. ‘I can fix this. I can get you money. I can do these kinds of things.’ And…that had an appeal for a while.”

In 1990, when he was 40 years old, O’Neal was hit by a car on Interstate 290, after he ran into traffic. Even though his death was officially ruled a suicide, according to the Chicago Tribune, his wife believed it was an accident.

Who was Fred Hampton?

Filmmakers took less artistic liberty with Hampton’s character. “We were very committed to portraying Hampton in the most authentic and honest way possible,” co-writer Keith Lucas told Fast Company. “We didn’t want to shy away from his politics, so we borrow heavily from actual speeches to showcase his point of view. There was a concern—especially on the internet—that we would soften Hampton’s message, or the Marxism, or his rhetoric against police officers, and it was a major goal of ours to not do that.” 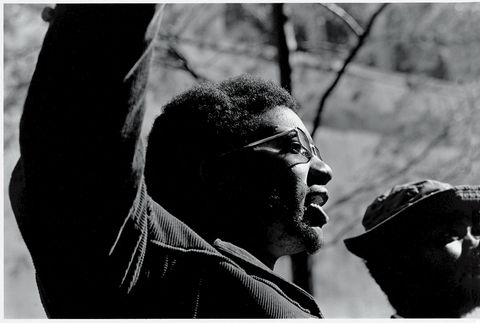 As a child, Hampton showed an interest in activism. At 10, he started cooking breakfast for other kids in the neighborhood, organizing them. His family was connected to the national Civil Rights Movement, too. His mother babysat for Emmett Till, the Chicago youth who was brutally murdered by white supremacists in Mississippi. However, he was more interested in Malcolm X’s “self-defense” approach than Martin Luther King, Jr.’s civil disobedience. As a high school student, he recruited over 500 teens for the NAACP Youth chapter nearby.

“He was like a modern-day rapper, talking quickly, a staccato between him and the other people,” Haas told The Guardian. “Fred had the unique ability to speak to different audiences. He could talk to welfare mothers, to gang kids, to law students, to intellectuals, to young college students. He could bring people together.” 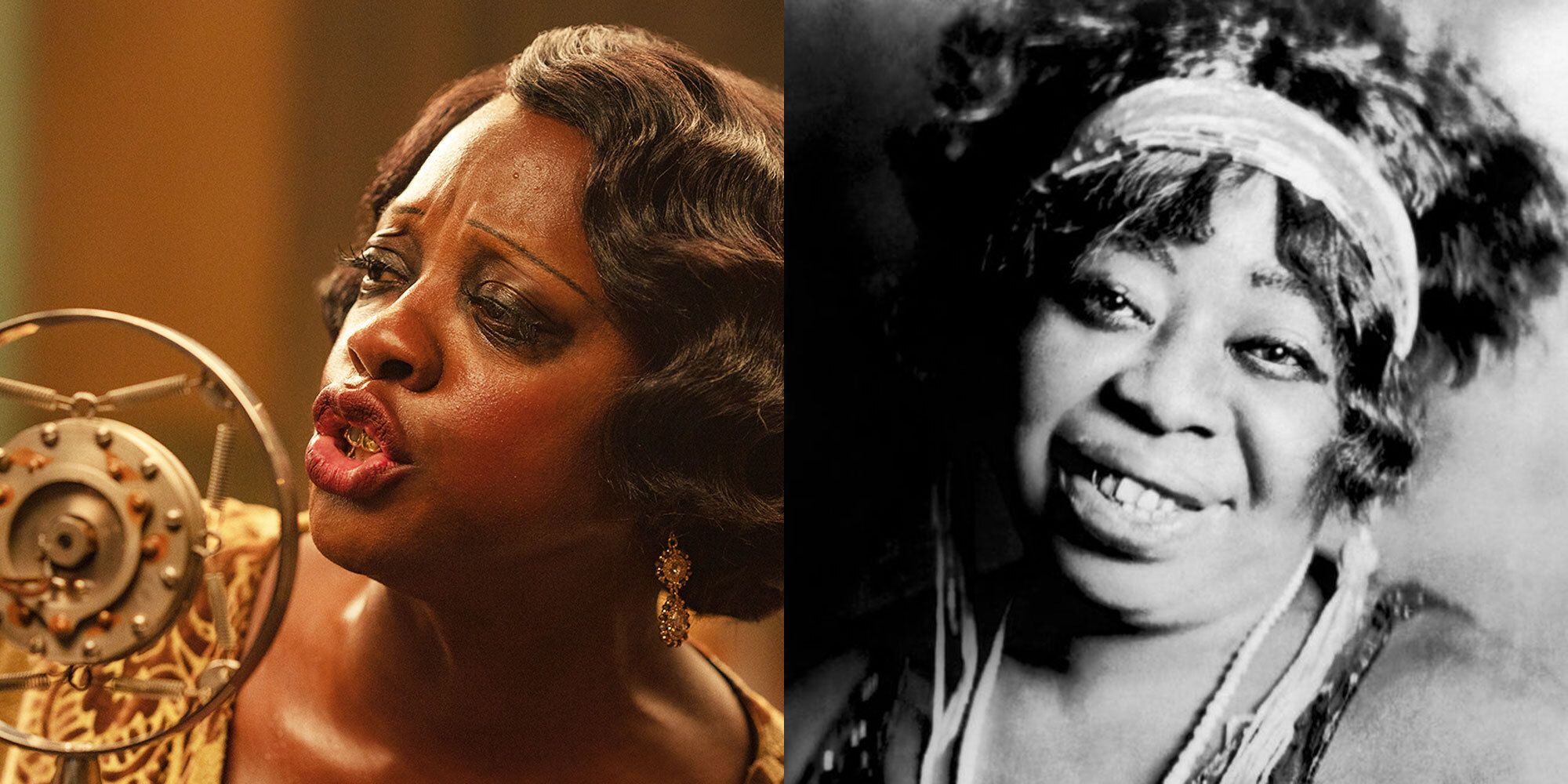 Today, he’s a little-known figure in the Civil Rights movement, though rappers like Kendrick Lamar and Jay-Z have included his name in song lyrics. What he is known for: uniting the Black Panthers, the Young Lords (a Latino group), and the Young Patriots (white working-class people) in what’s known as the Rainbow Coalition.

During his tenure as the chairman of the Chicago Black Panther party, Hampton would arrive to headquarters “at 6:30 in the morning, making breakfast, serving the kids, talking to their parents.” 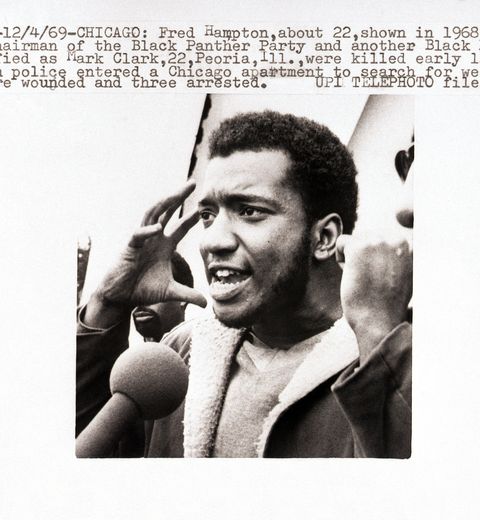 He died at age 21 in a police raid on Dec. 4, 1969. Newly-released documents show that FBI head J Edgar Hoover promised bonuses to O’Neal and his FBI handler Roy Mitchell in the days leading up to the murder. He was drugged the night of the assassination—likely by O’Neal.