Australians heading to the 2023 return of Laneway Festival will have to pay $20 more for their ticket than they did at the event’s last edition, back in 2020. But while the $198.70 price tag might seem daunting, organisers say that fee doesn’t come close to reflecting the true cost of staging a show in the shaky post-Covid landscape.

“If we were to try and come close to covering this just through ticketing, we’d be looking at a number that is roughly 20 per cent higher than this year’s ticket price,” Laneway general manager Jessie Parker says. 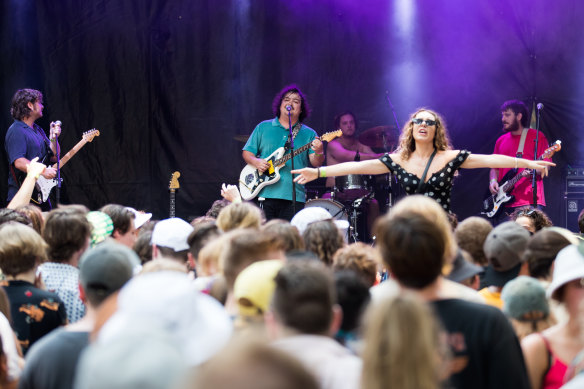 The crowd listens to Pist Idiots at the Laneway music festival in the Domain in 2020.Credit:Edwina Pickles

After a profoundly challenging couple of years for the music industry, gigs are finally back on the calendar. But the costs of just about every element that goes into staging a music event – from the airfares that bring an artist to Australia to the security guards who work the door – have dramatically increased.

“We’re not business as usual. We’re nowhere near close to it,” says Parker. “It all comes back to ultimately having a much higher breakeven for your show. And that reflects on the ticket price.”

It’s far from a problem unique to Laneway. Artists and promoters at all levels are struggling to make events financially viable right now, with many opting to cancel tours altogether. As well as the nearly doubled cost of international airfares – a huge line item, especially when flying a large crew to the most isolated continent on earth – a confluence of other factors have driven prices up.

With many behind-the-scenes professionals forced to flee to different industries during the pandemic, crew shortages mean staffing events is now far more expensive than it once was.

Marketing budgets also have to increase to spread the word about a gig at a time when there’s more competition for punter dollars than ever before. And the cost of event insurance has soared since Covid – Parker says that premiums have tripled recently, because of the weather disruptions wrought by La Niña as well as the pandemic.

The falling value of the Australian dollar has also had an impact.

“It’s a really hard time to convince American acts to come to Australia,” explains Tom Huggett, co-founder of Sydney-based touring company Astral People. “Usually the deals are brokered in Australian dollars, so artists are not going to get nearly as much [to tour here] today”.

Promoters are caught in a double bind. As well as contending with dramatically higher input costs to staging a show, they are also trying to keep prices affordable amidst both the cost-of-living crisis and market saturation, as years’ worth of delayed tours descend on Australia at once this summer.

Dion Brant, CEO of Frontier Touring, agrees that promoters are working hard to keep from passing on costs.

“I’m not seeing this huge increase [in price] across the Frontier portfolio,” he says. (Sydney tickets to Frontier’s upcoming Carly Rae Jepsen tour, for instance, are priced the same as her last Australian tour with a different promoter in 2019).

“If anything, we’re sort of stuck in the middle, right? We’ve got huge increases in costs and sustainability for artists, particularly those that are in North America. But at the same time, we’ve got economic pressures. So, we don’t feel like we can put prices up much or we’ll start to lose the audience,” Brant says. 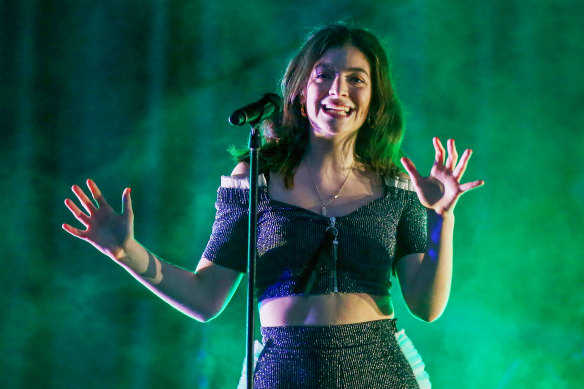 Even big stadium-level acts like Lorde are feeling the pressure. In her recent newsletter, the Kiwi popstar wrote about the cost of touring.

“For artists, promoters and crews, things are at an almost unprecedented level of difficulty,” she wrote. Lorde cited “truly mind-boggling freight costs”, which she puts as three times their pre-pandemic price, as well as the increased price of flights, accommodation and crews.

“Ticket prices would have to increase to start accommodating even a little of this, but absolutely no one wants to charge their … audience any more f—ing money,” she wrote. “Nearly every tour has been besieged with cancellations and postponements and promises and letdowns, and audiences have shown such understanding and such faith, that between that and the post-COVID wariness about getting out there at all, scaring people away by charging the true cost ain’t an option.”

Artists may be right to worry about scaring audiences off. A report commissioned by ticket resale company Tixel in October found that audiences are purchasing tickets later than they used to, and 75 per cent say they aren’t convinced that tickets should be more expensive to account for the impacts of covid. Three quarters of respondents also listed ticket price as a major barrier to purchase.

For now, promoters are hoping audiences understand the position they’re in. The cost of some elements of putting on a gig should fall in time, for instance as more event staff return to the music industry. Others, like the price of insurance, may not.

“I think some of those input costs – it’s gonna struggle for them to come down,” says Brant. “It feels like a problem that is here to stay.”