From in hot water to “Hot Stuff”! Boy Meets World is jam-packed with memorable moments, but it wasn’t until season 5 that audiences realized what they’d always needed — the men dancing to “Hot Stuff” in a club.

Boy Meets World Cast: Where Are They Now?

It all began when Cory Matthews (Ben Savage), Shawn Hunter (Rider Strong), Mr. Feeny (William Daniels) and Mr. Matthews (William Russ) all got into arguments with their partners. To apologize, they banded together — and enlisted Eric Matthews (Will Friedle) and Jack Hunter (Matthew Lawrence) — to surprise the ladies on stage.

“Since the beginning of time, men have been idiots,” Eric says in the episode, “Last Tango in Philly,” which aired in 1997. “This will make up for it.”

And indeed, it did.

“We rehearsed all week. I just remember being more nervous than anything,” Strong, 41, exclusively told Us Weekly. “I’m a horrible dancer and it was one of those things when they told us we were doing it we were like, ‘I’m done.’” 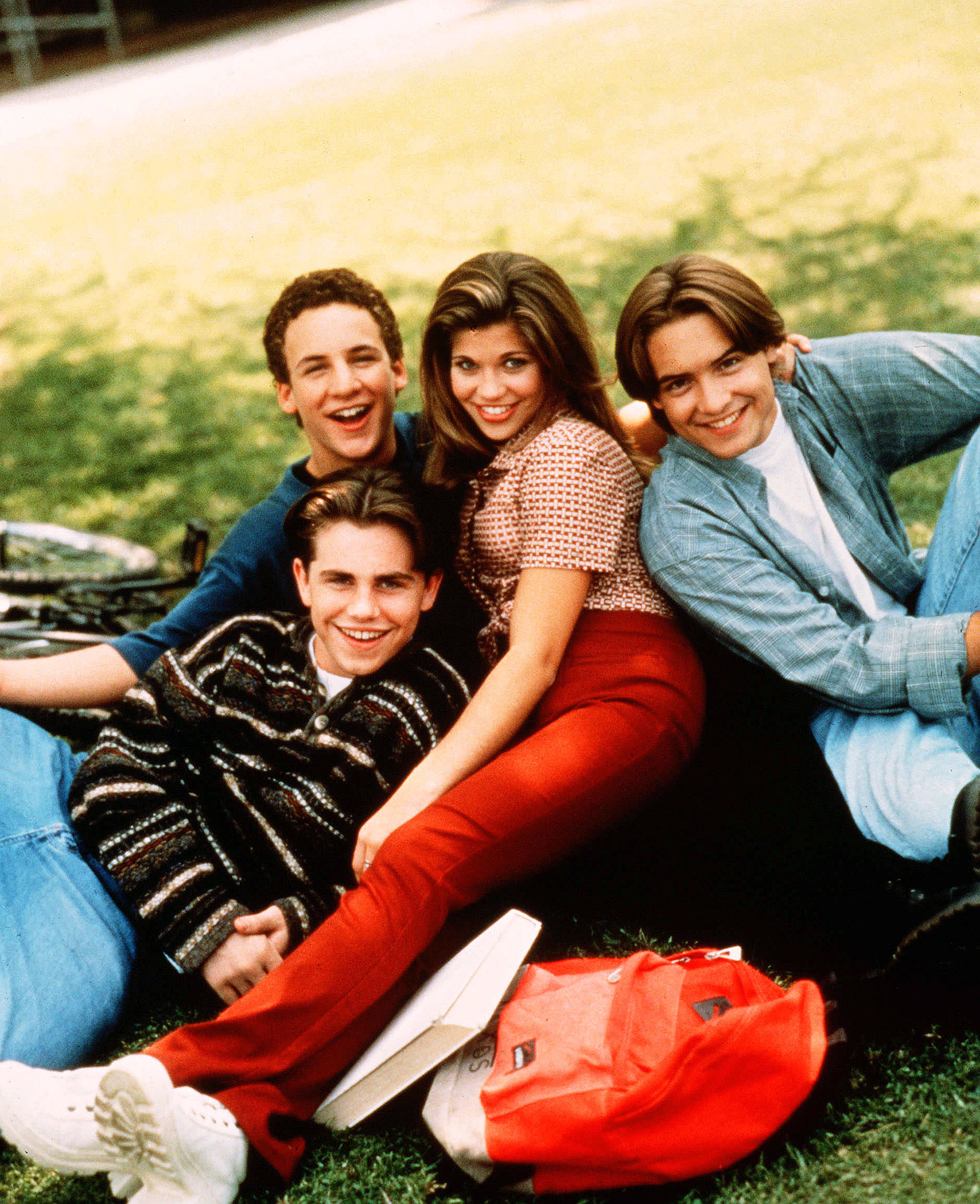 The actors worked with a choreographer to get down the moves — and Daniels, 94, took center stage. “Bill was one of the guys who’s like, ‘Let’s do this.’ He’s done musicals, like, no problemo. He jumped right in. Will was also amazing,” the Cabin Fever actor recalled. “Those were the episodes that I hated where they would throw stuff like that. That and then there was a karaoke episode as well. I had to sing. They would always be like, ‘It’s going to be fine!’ And they’d bring in some, like, coach or choreographer or singing coach to help us. And I was always so nervous and uptight. I’d be like, ‘I can’t do this. I don’t want to have to do this.’ But in retrospect, it was so hysterical. It was so much fun. And Bill’s commitment — you can see it! He committed so hard.”

Daniels starred in all seven seasons of the series from 1993 to 2000 alongside Strong, Savage, 40, Friedle, 45, and Danielle Fishel, who played Topanga Lawrence.

“Bill’s a really funny guy. He’s [such a] professional. I didn’t even realize at the time that he had been a child actor. He started working I think at 5. He never really let us know that. He always treated us as adults from day one, which when we were, like, 12 and 13 it was a little bit intimidating. I remember being scared of him. And that eventually grew into so much respect,” Strong told Us. “This is a man who would show up, memorize, never deviate, always on time. And he was really a role model for us on how to be. We were crazy kids trying to have a good time. … He had everything figured out from the moment he walked on set. He treated everybody with respect, whether it’s the craft service guy, the camera operator. Everybody deserves the same amount of respect. And that trickled down throughout the entire set. And that was really him leading the charge.”

Since the series wrapped, Strong has reunited with Daniels on several occasions, more recently at conventions for the show.

“He’s a smart, politically active guy. I remember one of my first conversations with him when I was 12 or 13, I thought he was British. I didn’t understand that he was, like, an east coast theater actor. He was this trained theater actor. I thought he was a British dude. I have so much respect and now I can cherish those memories,” Strong added. “The man is 94 now and he’s still with it, still sharp as a tack, still having engaging conversations. So I love it. I love him.” 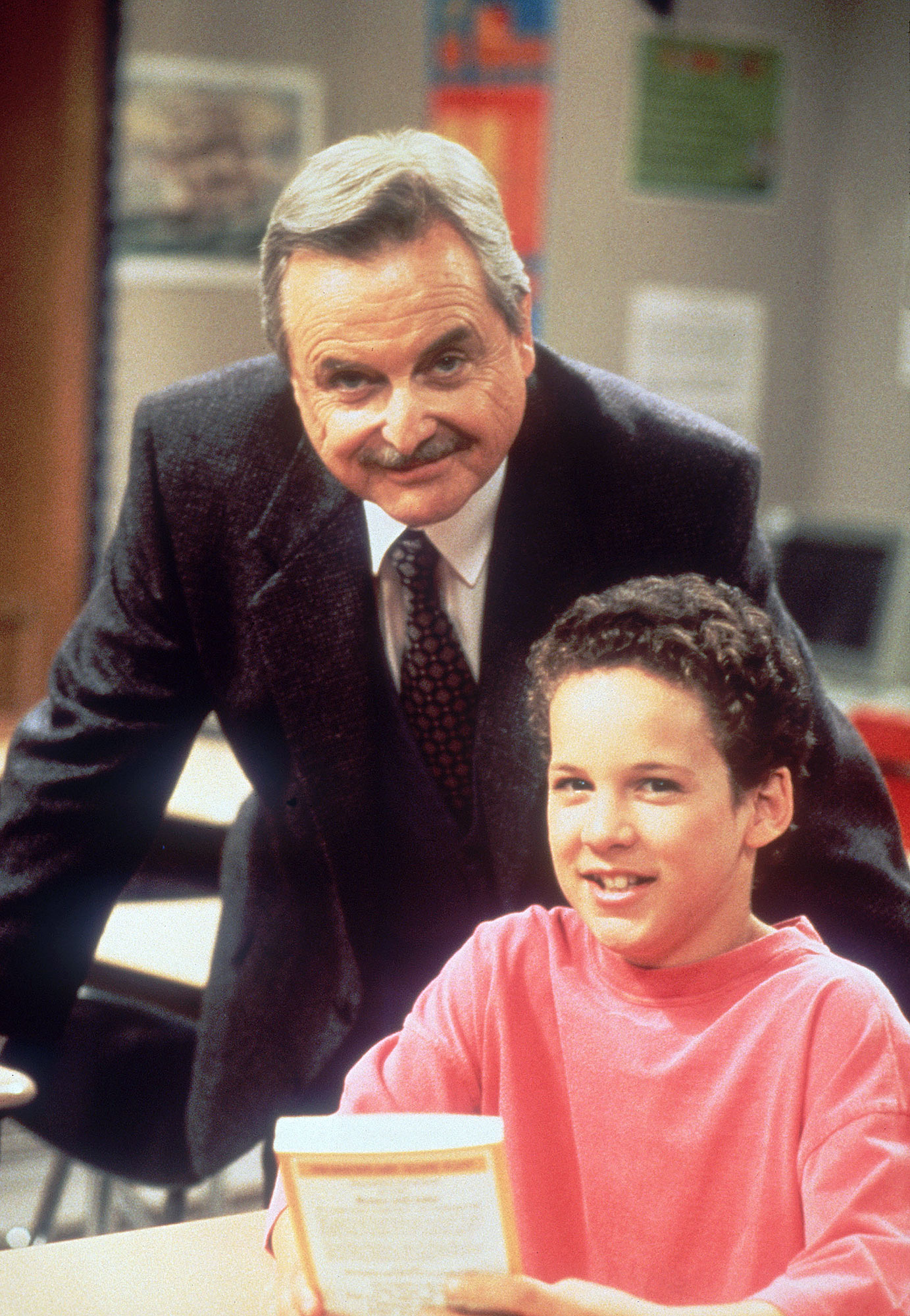 Daniels’ Mr. Feeny was a mentor for Cory, Eric, Shawn and Topanga — and in order for him to stick around, the producers switched up his career through the years. He played their teacher, principal and later college professor.

“Of course, we always say the joke about the fact that he was always going to be a part of the show. So no matter how old we got or how far we got from sixth grade. He was always going to have to be there,” Strong explained. “It’s like one of those hokey [things] of Boy Meets World that’s kind of cool.”

The series finale would show the students saying their final farewell to Mr. Feeny in his classroom, with the actors crying real tears.

“Believe in yourselves. Dream. Try. Do good,” Mr. Feeny told them.

For Strong, he hopes the relationships that were portrayed made an impact on audiences. “In the early episodes they make jokes [about Shawn] like, ‘Haha, this kid lives in a trailer park and has a crappy life.’ And then by the end, it was like, ‘No this kid needs help. This family and this friendship is going to save him and ultimately allow him to thrive.’ And I think that that message resonates with so many people,” he told Us. “That your childhood is important. Friends, your boyfriend, your girlfriend, those things affect you. But I think that, especially in the nineties. … These people matter, your teachers matter, your family matters and your relationships matter.”