THOUSANDS of new cases in South Africa every day are thought to be driven by the new super-Covid variant.

The nation’s infections have rocketed in a matter of days amid the detection of the new strain, sparking global concern. 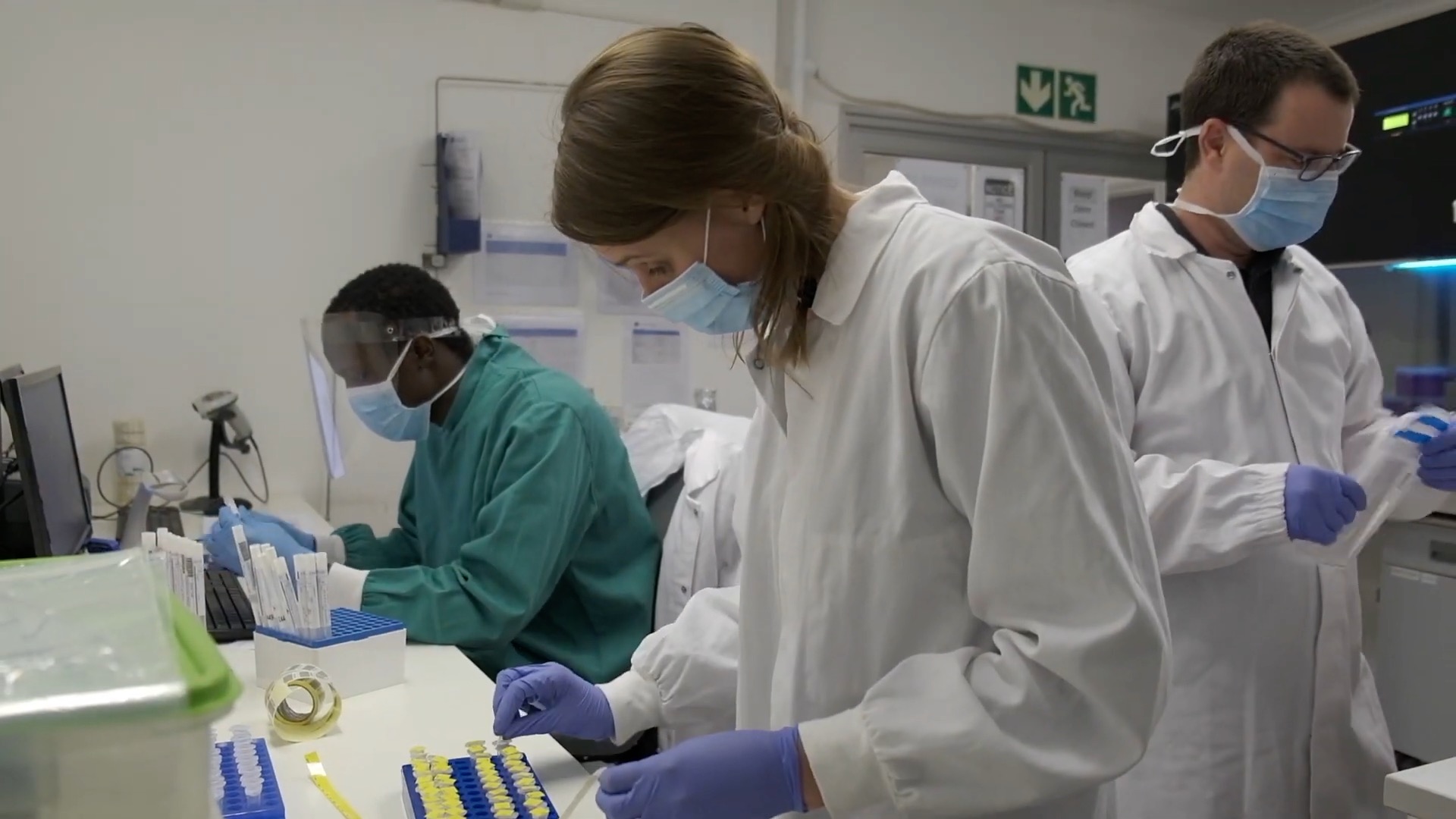 South Africa had been in a period of relatively low Covid cases.

But on Thursday, some 2,465 people were diagnosed, almost double the 1,275 on Wednesday and up from 794 just seven days before.

It means infections have almost quadrupled in the space of a week and are almost 10-fold higher than a month ago.

It is not clear how many of these cases would be caused by the so-called B.1.1.529, with less than 100 identified and confirmed so far through genetic sequencing.

Scientists in South Africa are working to determine what percentage of the new cases have been caused by the new variant, which initially appears to spread faster and escape immunity.

But most of the nation’s confirmed cases are in the Gauteng province, where the majority of positive swabs that have been through laboratory testing signal the new variant.

The nation’s Health Minister Joe Phaahla said on Thursday the new variant appears to be driving the spike in cases.

He said scientists were still determining whether it was actually responsible for the sudden change in the outbreak.

Virologist and top Covid tracker in South Africa, Dr Tulio de Oliveira, claimed it had already become dominant in the space of two weeks, suggesting the thousands of cases per day are B.1.1.529.

He said it was estimated it was behind 90 per cent of cases in the Gauteng province – which includes Johannesburg and Pretoria.

Speaking of the “exponential growth in cases”, the UK’s Health Secretary Sajid Javid said today analysis “does indicate that there could many more cases of this new variant than just those that have been sequenced so far”.

Not all positive tests are screened to identify the strain, meaning confirmed cases are always lower than the true number.

The first surge was in Pretoria and the surrounding areas appeared to be cluster outbreaks from student gatherings at universities.

Dr Susan Hopkins, chief medical adviser at the UK Health Security Agency, said the R rate in the Gauteng province of South Africa, where the variant has clustered, had jumped to 2.

She said it was "really quite high" and similar to what would have been in the UK before the first lockdown in March 2020.

South Africa was not a highly vaccinated population but it was "highly immune" due to prior infection, Dr Hopkins said.

Work is continuing to see whether the new variant may be causing new infection in people who have already had coronavirus or a vaccine, or whether waning immunity may be playing a role.

Experts have been clear that this is the worst variant of the virus that has been seen so far, although its importance is not yet known.

It has double the number of mutations than the Delta variant, which took global dominance in 2021 and is considered the “most fit” version of the virus so far.

Mutations are what give the virus advantages, and the B.1.1.529 has a combination from several dangerous variants that have evolved in the past year.

“It is the most heavily mutated version of the virus we have seen to date.

“This variant carries some changes we’ve seen previously in other variants but never all together in one virus. It also has novel mutations that we’ve not seen before.

“Some of the mutations that are similar to changes we’ve seen in other variants of concern are associated with enhanced transmissibility and with partial resistance to immunity induced by vaccination or natural infection.”

The World Health Organization has convened a technical group of experts on Friday to assess the South Africa data.

It will decide whether the new variant warrants being designated a “Variant of Interest” or “Variant of Concern”.

Variants with these labels have genetic changes known to affect things like transmissibility, disease severity and ability to infect people with immunity.

In the UK, it has been given the label of “Variant of Interest of high priority”.

Belgium is the latest country to reveal it had detected the variant there, following Israel earlier today.

It means the variant has been confirmed in five countries as of yet – but is already deemed a “huge international concern" by the UK’s Health Sec Mr Javid.

He told MPs in the House of Commons it was "highly likely" the B.1.1.529 variant had already spread from Africa to other countries.

But it’s already possible the variant is spreading here despite the swift action.

An expert said it is likely that B.1.1.529 will end up in Britain, but efforts to buy time and reduce transmission would help.

The head of the COVID-19 Genomics UK Consortium Sharon Peacock told reporters: "I think buying time is important and it's worthwhile, because we can find out what we need to know about that particular variant.

"This is part of important planning and preparation for something that I would guess is likely to be transmitted into the UK at some point, but it buys that time."