A savvy homeowner has revealed the genius way she transformed a box room into the perfect room for her son, spending around £240 in total.

Charlotte Greedy, 27, from Pontyclun, created a stunning children’s bedroom for her son Brody, four, using items from the likes of eBay, Argos and IKEA.

‘I moved into my forever home last October and I really stressed about the box room as it wasn’t a suitable size for a small child who could sleep and also play in his room,’ said the mother-of-two, speaking to Latest Deals Facebook Group.

‘I came up with the idea of buying a mid-sleeper which I found in Argos that cost £160. I then bought a Kallax cube from IKEA which cost £25.’ 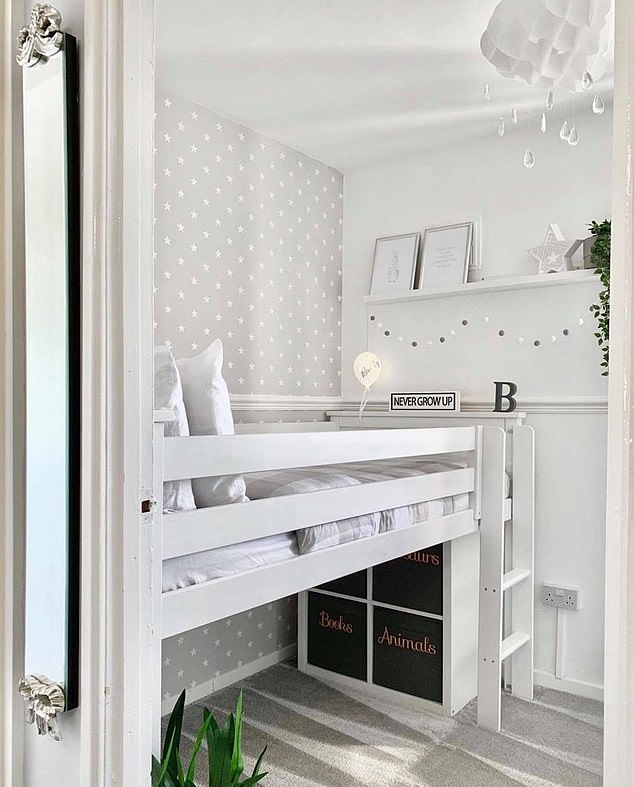 Charlotte Greedy, 27, from Pontyclun, told how she transformed a box room into a stunning room for her four-year-old son Brody – and spent around £240 in total. Pictured, following the renovation 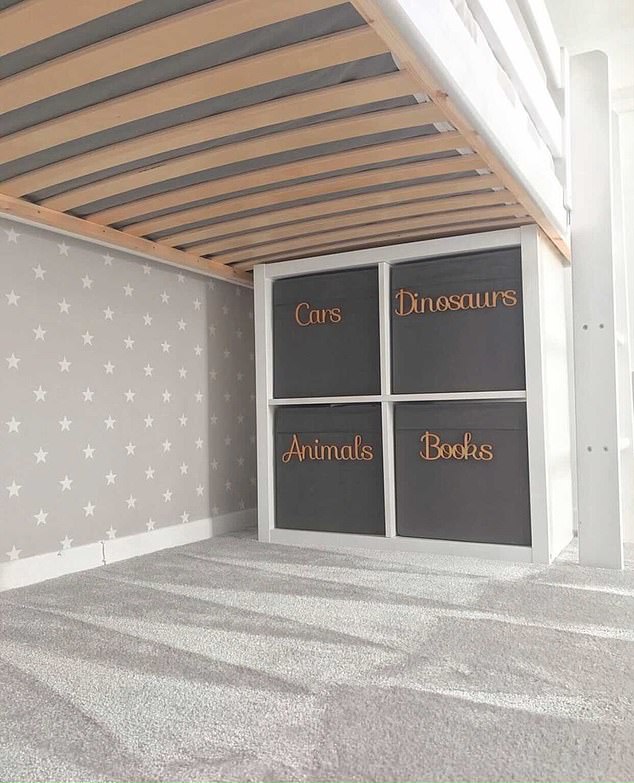 The thrifty homeowner revealed how she made an organised toy storage unit that she slotted underneath the bed. Pictured, after the transformation 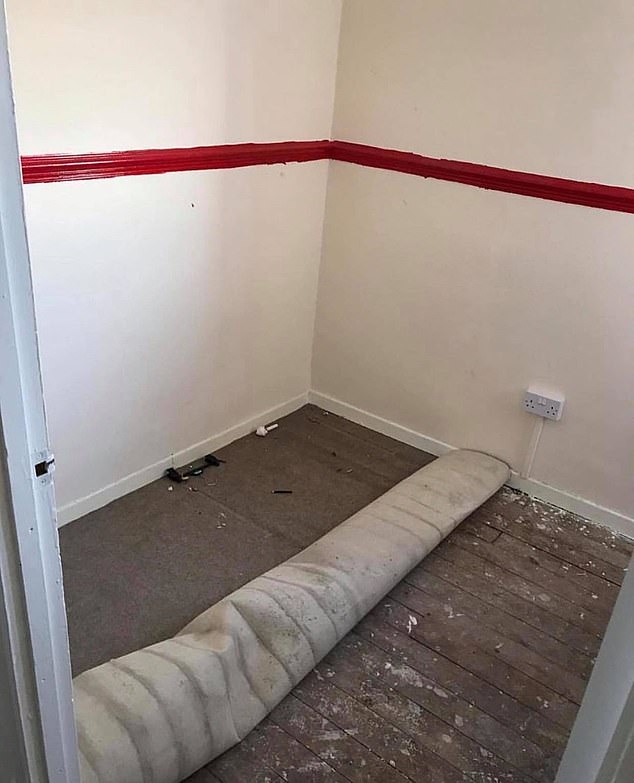 The mother-of-two was worried the box room wasn’t a suitable size for a small child who could sleep and also play in his room. Pictured, before the transformation 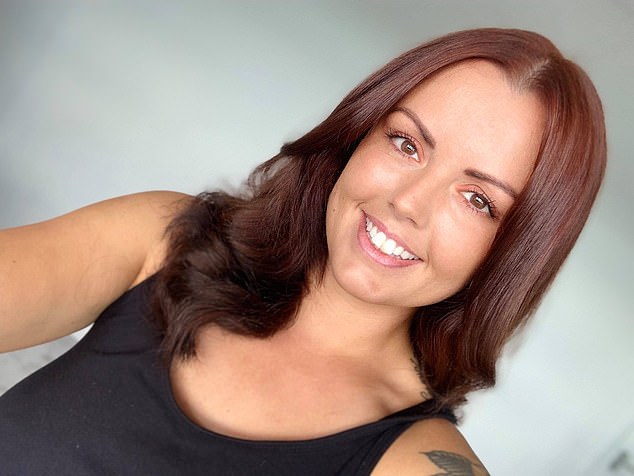 She continued: ‘The Drona boxes were also from IKEA which were £3 each, then I bought personalised wooden words off eBay and superglued them onto the boxes to make an organised toy storage unit that I slotted underneath the bed!’

Charlotte, who is a social media influencer and shares her renovations at @missgreedyshome on Instagram, and Brody, are both over the moon with how the room renovation turned out.

‘My youngest now has a den and toy storage unit under his bed which he can play under,’ she added. ‘He absolutely loves it and the words on the boxes show him which storage box to put his toys in.’

‘He’s now four and is learning to read, and understands which box his toys go into by looking at the words. I also think it teaches him to tidy up!’ 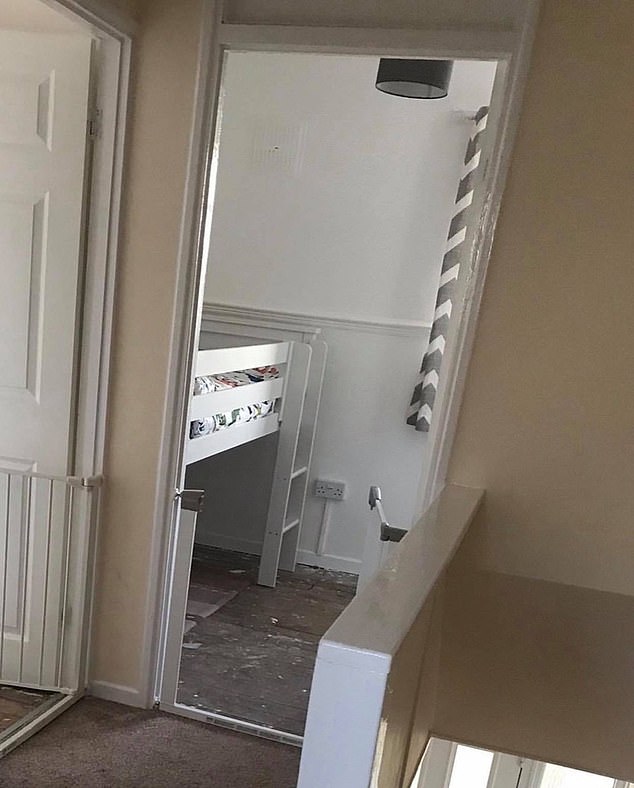 Offering advice to others, Charlotte said: ‘Getting a mid-sleeper and adding a toy storage unit underneath – its opened the tiny room up loads as you can see.’ Pictured, before the transformation 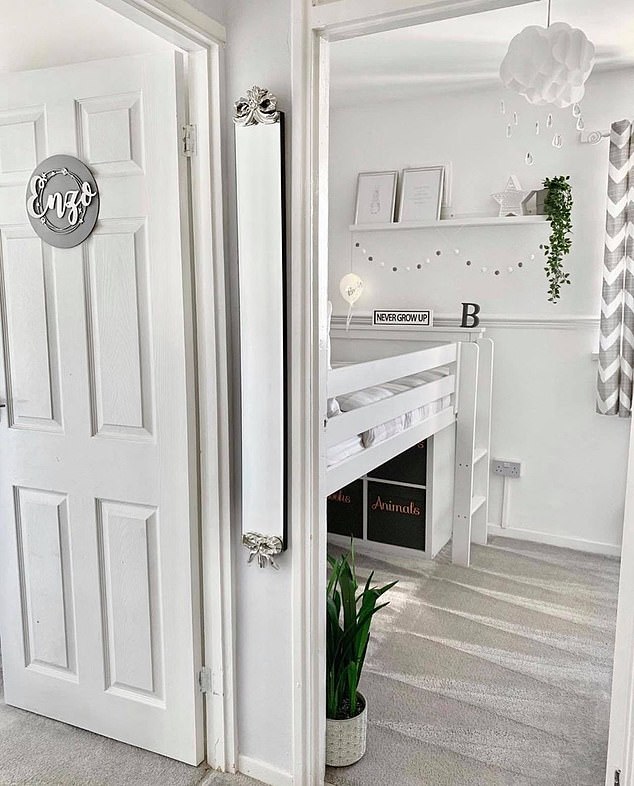 The savvy mother told how she bought Drona boxes from IKEA which were £3 each and personalised wooden words off eBay, which she superglued onto the boxes to make an organised toy storage unit. Pictured, following the transformation

She continued: ‘I never expected the room to meet my expectations but it’s done that and more, and I’m so pleased with the space I’ve created.

‘Brody loves his room; he was so excited to see it transformed.

‘If anyone else has a home with a tiny box room like Brody’s, I highly recommend getting a mid-sleeper and adding a toy storage unit underneath – its opened the tiny room up loads as you can see!’

Tom Church, co-founder of LatestDeals.co.uk, commented: ‘Playing with heights and textures is a great way to create interest and maximise the use of a small room.’

‘The mid-sleeper is such a popular style for younger kids, and it’s easy to see why – Brody’s room is seriously cool. I’m a bit jealous of his “Never Grow Up” sign. I’m pretty sure my bedroom would have said “Grow Up.”‘ 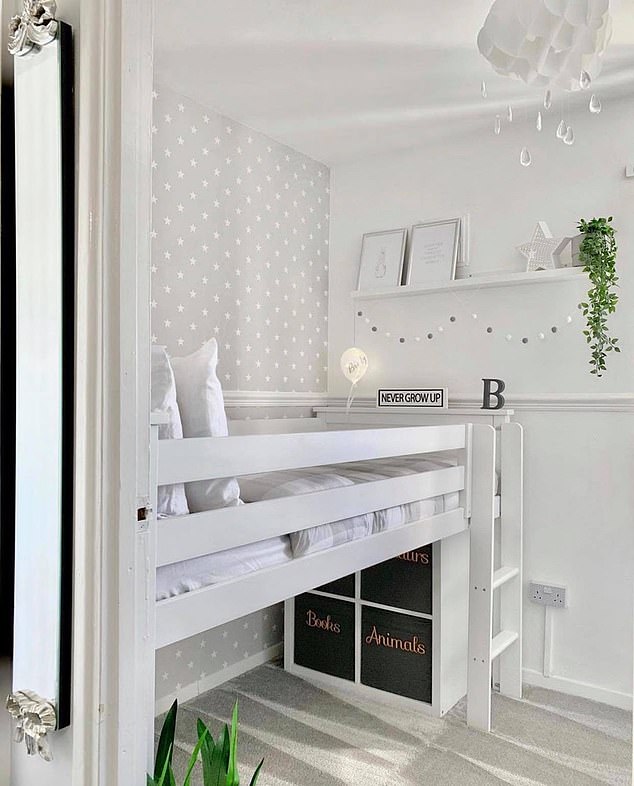 Charlotte admitted she never expected the room to meet her expectations but added it has done more than that. Pictured, the room after the stunning renovation