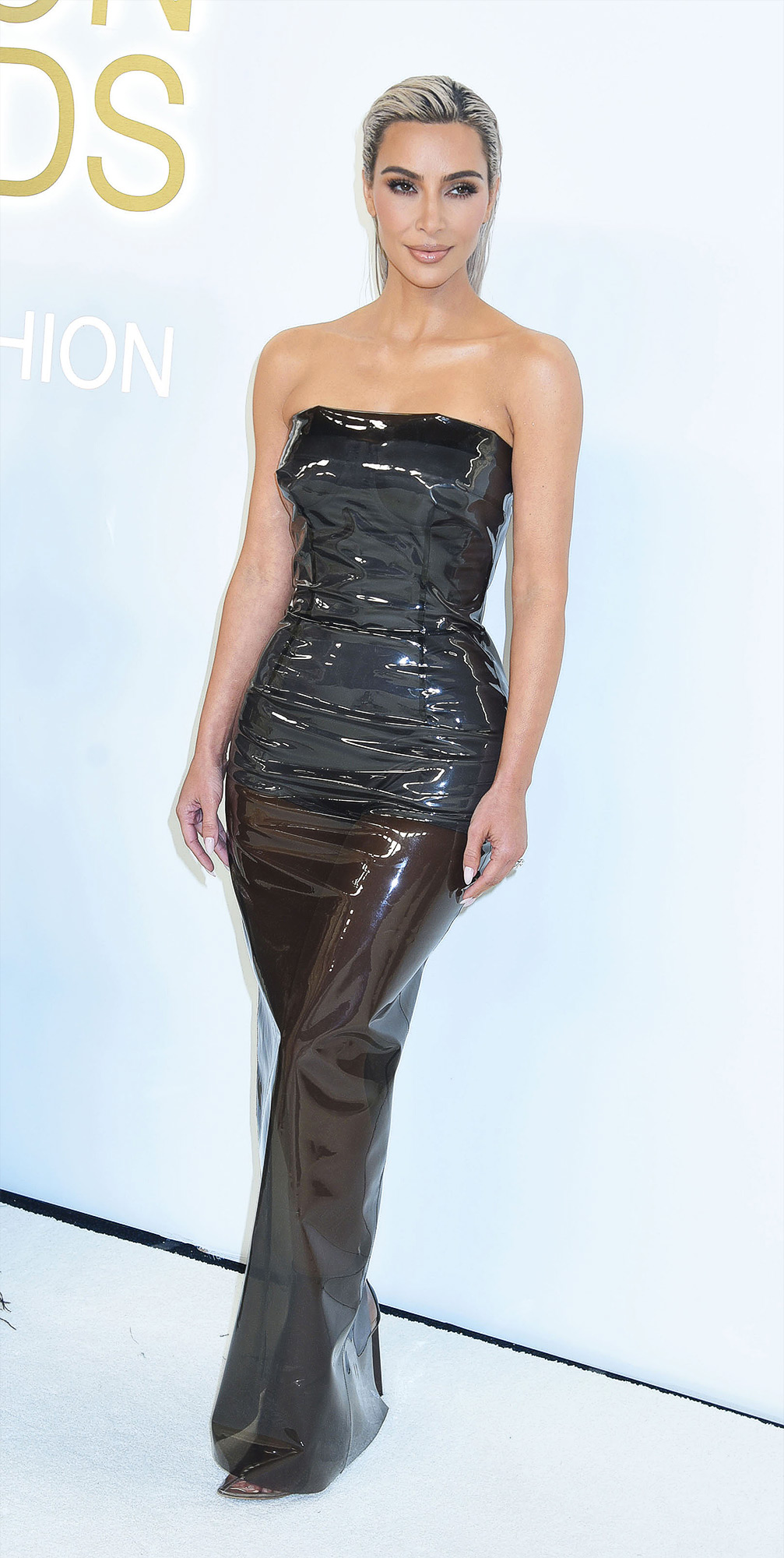 Throwing shade? Kim Kardashian is moving on from exes Pete Davidson and Kanye West — and she’s ready to find a love that fits.

The Skims founder, 41, seemingly shaded Davidson, 27, and West, 45, when she took to social media on Friday, December 2, to “like” a cryptic Instagram post about knowing her worth.

“The right person will show you that you weren’t even asking for much,” the quote, uploaded by the affirmational account @thirdeyethoughts, read.

The Kardashians star — who settled her divorce from the “Gold Digger” rapper earlier this week — began dating Davidson October 2021, just eight months after she split from West. The Selfish author met the King of Staten Island star when she hosted an October episode of Saturday Night Live, during which they shared a smooch during a skit as Aladdin and Jasmine.

In August, however, Us Weekly confirmed that the couple had amicably called it quits after less than a year of dating.

“There truly wasn’t drama between them when they decided to separate,” a source exclusively shared with Us at the time. “It was something they talked through; it wasn’t a sudden breakup.”

The couple’s jet-setting lifestyle had also made it difficult for them to find time to connect in person. “They each have busy schedules and the distance made it hard,” the insider explained. “Kim travels a ton and it was hard for Pete to keep up, especially with his filming schedule.”

While Kardashian has yet to debut a new romance, Us broke the news last month that the Meet Cute star has been dating Emily Ratajkowski for “a couple of months.”

“Pete makes Emily laugh and he loves how intelligent she is,” a second insider revealed after the twosome were spotted out together on several different occasions.

Friday’s subtle shade isn’t the first time the KKW Beauty founder has seemingly chimed in on her ex’s new relationship. She took to Instagram last month to offer a glimpse into her current state of mind.

“One thing I realized is that everything always ends up working out. Sometimes even better than you can imagine. Remember then when you feel like you’re in a hard place or you feel like you’re being challenged the most,” a quote via her Instagram Stories read on November 18. “Believe in where you’re headed. See the bigger picture.”

Kim Kardashian and Pete Davidson: The Way They Were

The Skims founder’s cryptic social media post came one day after her Hulu reality series aired its first footage of Davidson, showing the duo getting ready to attend the Met Gala together.

“Remember when I asked for your number at the last Met and you pretended that you couldn’t give it to me because you had your gloves on?” the Bodies, Bodies, Bodies actor asked his then-girlfriend in his first on-screen appearance. “It was actually the nicest excuse ever. I knew it was an excuse, but I remember being in the car like, ‘Wow, she knows how to make someone feel really good about themselves.’ I thought that was really sweet.”

In addition to moving on from Davidson, Us confirmed on Tuesday, November 29, that Kardashian settled her divorce from West.  The twosome, who share kids North, 9, Saint, 6, Chicago, 4, and Psalm, 3, were married for nearly seven years before calling it quits in February 2021.

Kim Kardashian and Kanye West’s Divorce: Everything to Know

Per documents obtained by Us, the former spouses agreed to joint legal and physical custody with “equal access” to their four children. The Grammy winner will pay his ex-wife $200,000 a month for child support and is responsible for 50 percent of the kids’ educational and security expenses.

The duo divided their property in accordance with their prenuptial agreement, which also stated that they waived spousal support.