The NaeNae Twins skyrocketed to social media fame with their ‘Savage (Remix)’ choreo on TikTok! Now, the sisters star in Aerie’s #AerieREAL campaign!

The NaeNae Twins, otherwise known as sisters Shayné and Zhané Stanley, scored millions of views and new followers last summer for their viral 40-second dance video to Megan Thee Stallion and Beyoncé’s “Savage (Remix).” “We’re huge Beyoncé fans. She’s been an inspiration for us fo everything since we were little, so when we heard her on the track of the ‘Savage (Remix),’ we were like, we absolutely have to do this and we’ve gotta have fun,” Shayné and Zhané told HollywoodLife in an EXCLUSIVE interview. “At first, we were going to wait to post it, but then we thought, ‘Why don’t we just do it? Like, why are we taking it so serious?’ So, once we posted it just went viral on Twitter first and then on TikTok. It was very overwhelming.”

Not sure why @tiktok took this down.. #savage #savageremixchallenge #savageremix #beyhive #megtheestalllion #beyonce #dance #twins (dc: us)

The dancing queens admitted that while Beyoncé didn’t reach out about their viral dance, she did send them her latest Ivy Park Collection and her mom, Tina Lawson, reposted the video. “There was a little letter inside the Ivy Park gift that said, ‘Just keep going! We see you guys!’ It was awesome,” the NaeNae Twins said.

Now, the Sacramento natives have partnered with Aerie to encourage their massive audience to always stay true to themselves, something they’ve come to learn is super important as they handle their newfound fame. “We’re just so grateful to be on board, because we’re all about representing who we really are,” the girls said of joining the Aeire #REALVoices campaign. “We want to be our most authentic selves, especially for our audience, to just to be relatable to them.” The NaeNae Twins join former Olympic gymnast and activist Aly Raisman, singer-songwriter Kelsea Ballerini, actress Antonia Gentry, and the wheelchair dance team that is empowering women with disabilities, the Rollettes. 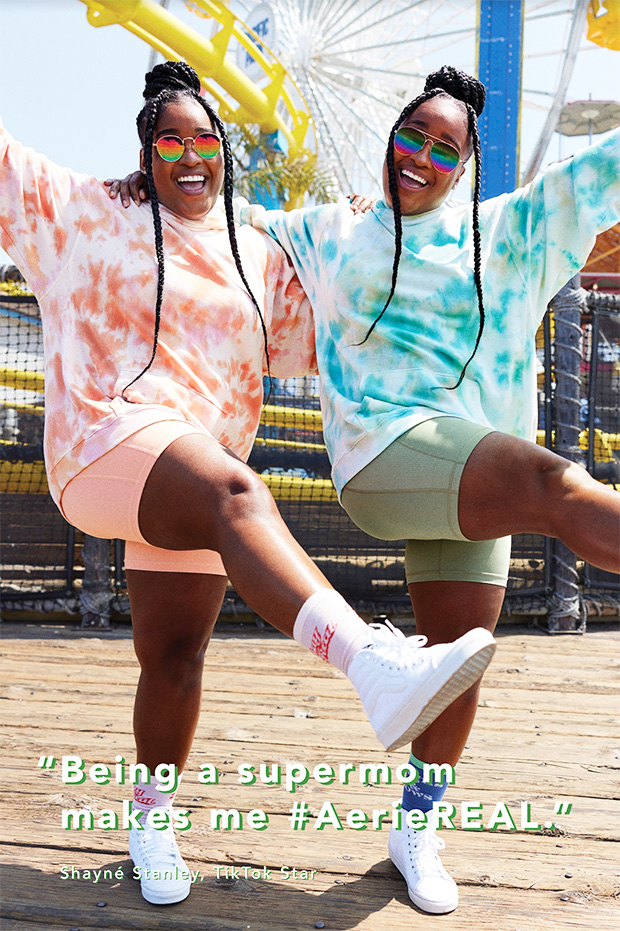 Aerie believes that all people deserve the title of “Role Model”, so the brand is going back to its roots and doubling down on its mission to bring more REAL to the world, letting the Aerie family — customers, brand ambassadors and partners, take center stage. The NaeNae Twins certainly embody that. Be sure to check out the commercial starring all of Aerie’s “Role Models!”