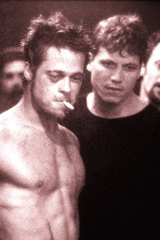 Francois Truffaut is often viewed as the most soft-hearted director of the French New Wave, but many of his films deal with obsessive, maladjusted characters — among them this story of doomed passion based on the diary of the daughter (Isabelle Adjani) of author Victor Hugo. Digitally projected. Screens as the Alliance Francaise Classic French Film Festival. Astor, Sun 24 Nov, 1pm.

Focused on the CIA’s use of torture following the September 11 attacks, the directing debut of screenwriter Scott Z. Burns (The Informant!) is a sober, fact-based drama with just the faintest tinge of absurdism and excellent performances from Adam Driver as an increasingly irate Senate investigator and Annette Bening as his cautious boss. Selected.

THE LORD OF THE RINGS: THE RETURN OF THE KING (241 minutes) M

Director Peter Jackson is at his most ambitious in the 2003 culmination of his Lord of the Rings fantasy trilogy, with Frodo (Elijah Wood) nearing the end of his epic quest. As in the Tolkien novel, the stand-out character remains the squirming Gollum, played by Andy Serkis. Extended version, digitally projected. IMAX Melbourne, Sun 24 Nov, 4.30pm.