On the mend. Travis Barker’s hospitalization on Tuesday, June 28, was due to pancreatitis, a source tells Us Weekly.

Celebrity Health Scares Through the Years

Us has reached out to reps for Barker, 46, and his wife, Kourtney Kardashian, who was by his side.

The rocker went to the hospital after experiencing health issues, per photos published by TMZ. 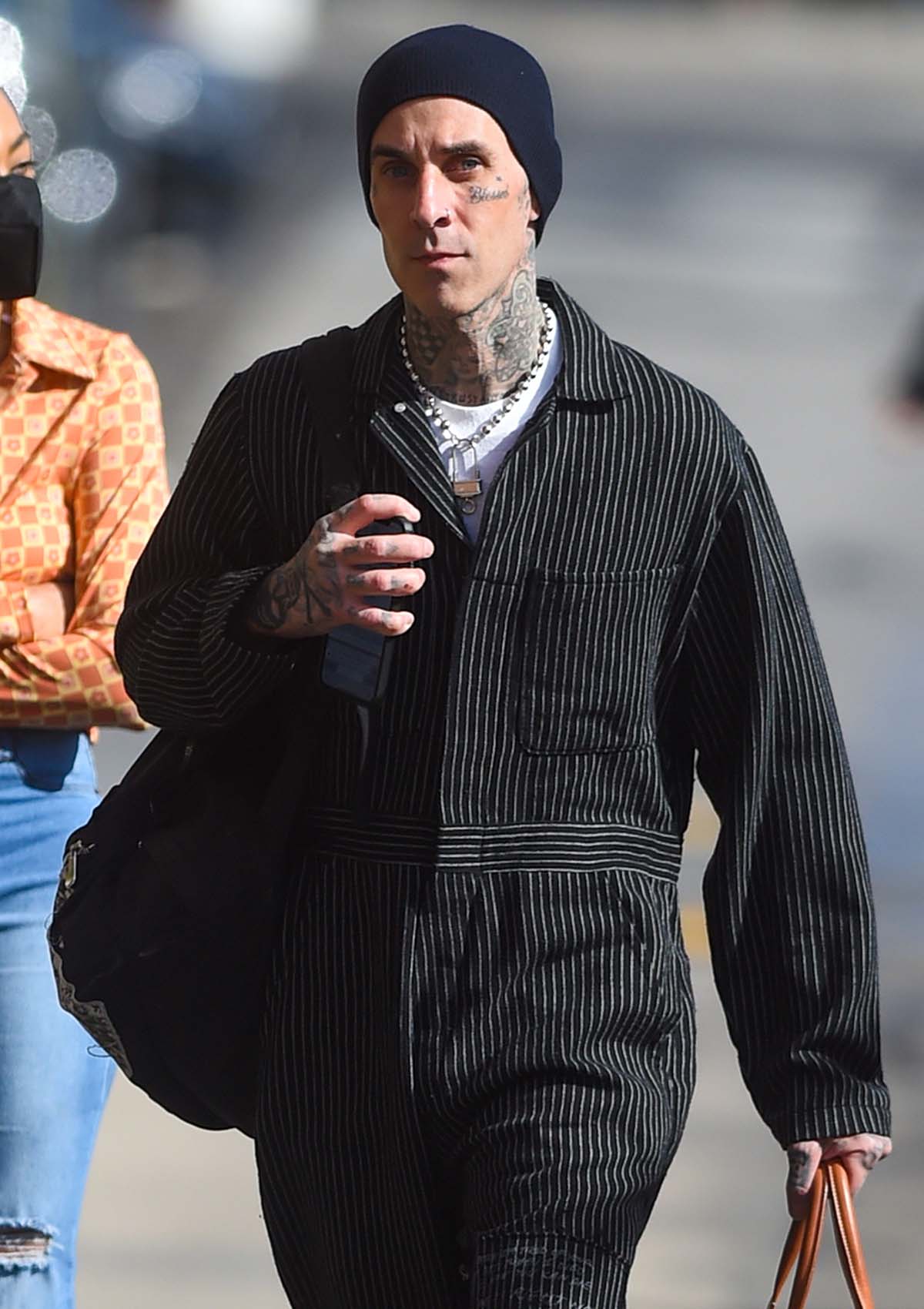 Later on Tuesday, a source told Us that the rocker was transferred to Cedars-Sinai. Following the couple’s arrival at the Los Angeles-based medical center, the musician was seen laying on a stretcher with his fist in the air, displaying his signature skull tattoo while Kardashian, 43, wearing a black sweatsuit, was standing by his side.

Hours before the emergency, the drummer Tweeted an ominous message. “God save me,” the Meet the Barker’s alum wrote, prompting concern from his fans. Barker’s 16-year-old daughter, Alabama, also took to social media in the wake of the incident, asking her followers to “send their prayers.”

Barker’s last health struggle was in 2009 following a plane crash in South Carolina that left four of the six on board dead. The musician suffered second and third-degree burns on over 65 percent of his body and spent three months in the hospital, undergoing 26 surgeries and learning to walk again.

“I was told I wasn’t going to run again because I had so many grafts on my feet, and there was even talk of me never playing the drums again,” he explained during a May 2021 interview with Men’s Health Journal. “As soon as I could walk, I could run. As soon as I could move my hands and my hands healed, I was playing drums. And now I’m in better shape than I’ve ever been.” When he returned home, he threw all the pills the doctor had prescribed him down the toilet, including “stuff I really needed.”

“People are always like, ‘Did you go to rehab?’” He told the outlet at the time. “And I [say], ‘No, I was in a plane crash.’ That was my rehab. Lose three of your friends and almost die? That was my wake-up call. If I wasn’t in a crash, I would have probably never quit.”

Barker and Adam “DJ AM” Goldstein were the only two survivors of the tragedy. Less than a year later, Goldstein died at age 26 following a drug overdose.

“We were each other’s therapists,” the California native explained of the relationship he held with his late friend. “So it was just him and me. When he left, I was like, ‘Oh f—k. I’m the only one in my club. It’s just me.”