Two new housing developments in London have been shortlisted for a Royal Institute of British Architects (RIBA) award.

The RIBA Stirling Prize is now in its 26th year and is awarded to Britain’s best new building. 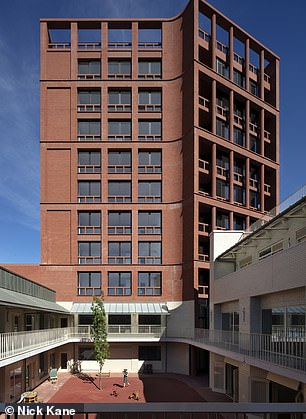 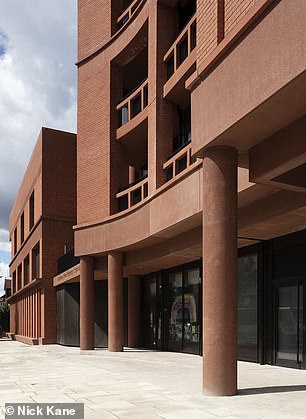 This development, which has been shortlisted for the award, is a red-brick complex in East London’s Hackney

The two sites in the shortlist with homes included in the schemes include a red-brick complex in East London’s Hackney.

The complex was designed to provide a new primary school as well as some much needed affordable housing in the area. Its architects are Henley Halebrown.

House prices tend to be higher in London than in other parts of the country, with the average price of a house sold in Hackney during the past year standing at £715,175.

However, all of the properties at the new Hackney development at 333 Kingsland Road are for rent only.

The average rent in the London borough is £1,924 a month, according to property website Zoopla. And a let has recently been agreed at the site for a similar amount – on a property advertised to rent for £1,900 a month.

The modern flat has one bedroom and a bathroom as well as a separate open-plan living area that includes a kitchen and dining space.

In addition to underfloor heating, there is a communal roof terrace and a large private balcony.

The second residential development to be shortlisted for the award is part of the regeneration of London’s Elephant & Castle.

As well as some new shops on the ground floor, the so-called Orchard Gardens development also has 228 new flats.

The flats include corner recessed balconies off the living rooms and communal outdoor spaces. It was was designed by Panter Hudspith Architects. 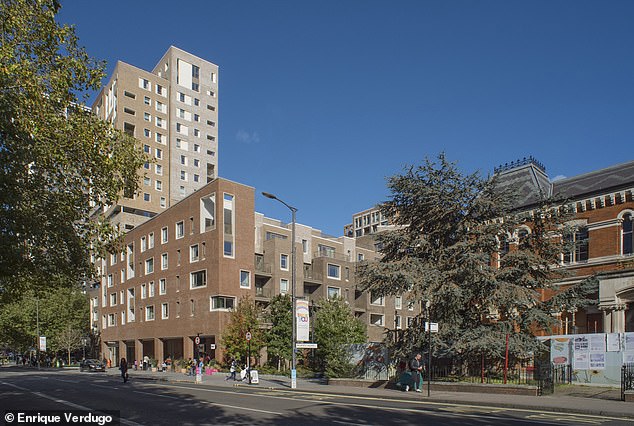 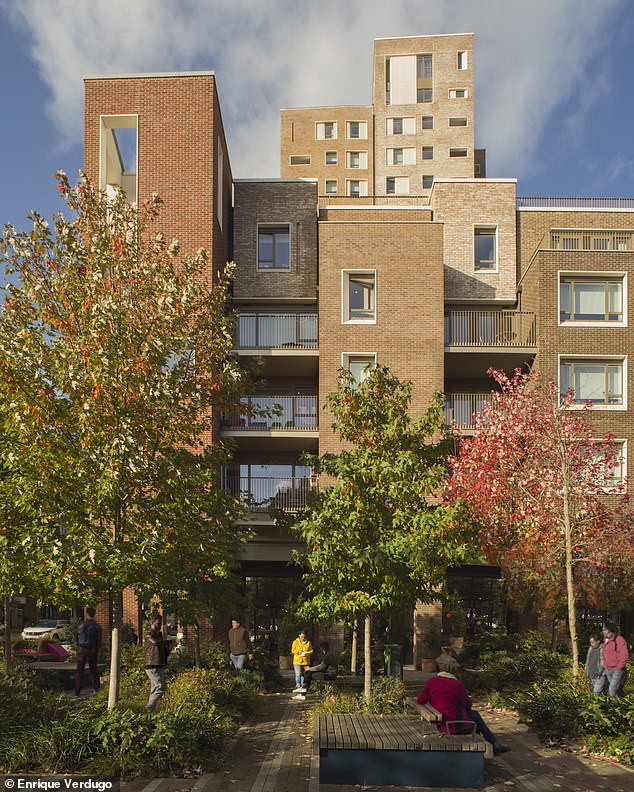 As well as some shops on the ground floor, the Orchard Gardens development also has 228 new flats

Simon Allford, of RIBA, described the new housing developments as ‘ambitious’ and ‘desirable’.

He said: ‘The ambitious new housing developments on compact and complex sites that set a benchmark for investment in high quality, desirable urban homes.’

He went on to say that the ‘outstanding and welcoming architecture… lifts the spirit of all who engage with it’.

He added that all of the designs shortlisted for the award are underpinned by their understanding of construction’s responsibility to mitigate and adapt to climate change.

He said: ‘From the reuse and upgrade of existing buildings to the conscious specification of low-carbon materials and technologies, to the thoughtful design of hybrid, flexible spaces – these schemes consider their environment and give generously to their community.

‘In their architects’ attention to detail, and their clients’ determination and commitment, these six projects distinguish themselves and represent the best of UK architecture today.

‘Together they demonstrate the power of exceptional architecture to enhance lives. My congratulations to everyone involved.’