The couple tied the knot at Westminster Cathedral on Saturday afternoon, with a small group of their friends and family present for the ceremony.

Reports of the wedding began circulating on Saturday, with a spokesperson confirming the following morning: “The Prime Minister and Ms Symonds were married yesterday afternoon in a small ceremony at Westminster Cathedral.”

PA has reported that the celebration will take place in July 2022, with Symonds set to take on her new husband’s surname, being known as Carrie Johnson as of Saturday.

An official photo has also been released of the pair on their wedding day, with the bride sporting a white dress and floral headband, while the PM is seen sporting a black suit with a blue tie. 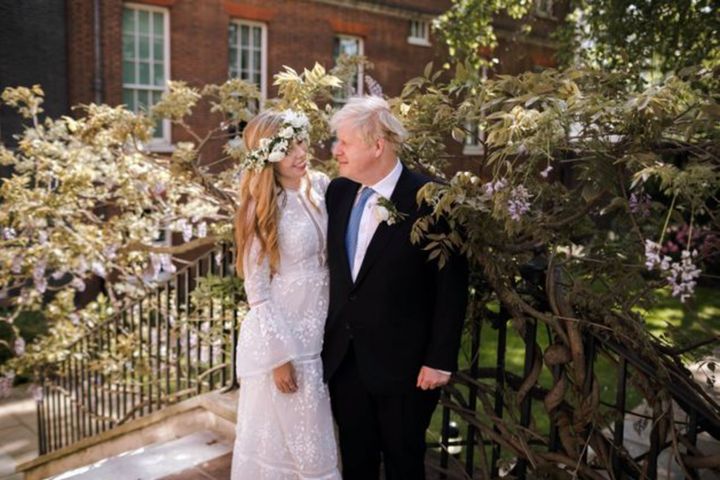 According to The Sun, Westminster Cathedral was cleared by staff at 1:30 p.m. on Saturday, who told visitors it was “going into lockdown.”

The wedding was officiated by Father Daniel Humphreys, who had given the couple pre-marriage instructions, and oversaw the baptism of their son Wilfred, who was born in 2020.

This is the first marriage for 33-year-old Carrie Johnson, while it is the prime minister’s third.

Johnson and Wheeler’s divorce was finalized in 2020.