Leaving it all on the floor! Val Chmerkovskiy got real about what it’s like to go up against his wife, Jenna Johnson, in the Dancing With the Stars ballroom.

Dancing Their Way to Love! Inside DWTS’ Jenna and Val’s Steamy Romance

“There’s a very unfriendly competition,” the 35-year-old Ukraine native joked while speaking with Us Weekly and other reporters after the Tuesday, October 12, episode of the ABC series.

His season 30 partner, Olivia Jade Giannulli, clarified that the dancer was just “messing with” everyone before he added that he’s always “excited” to see what Johnson, 27, brings to the table. 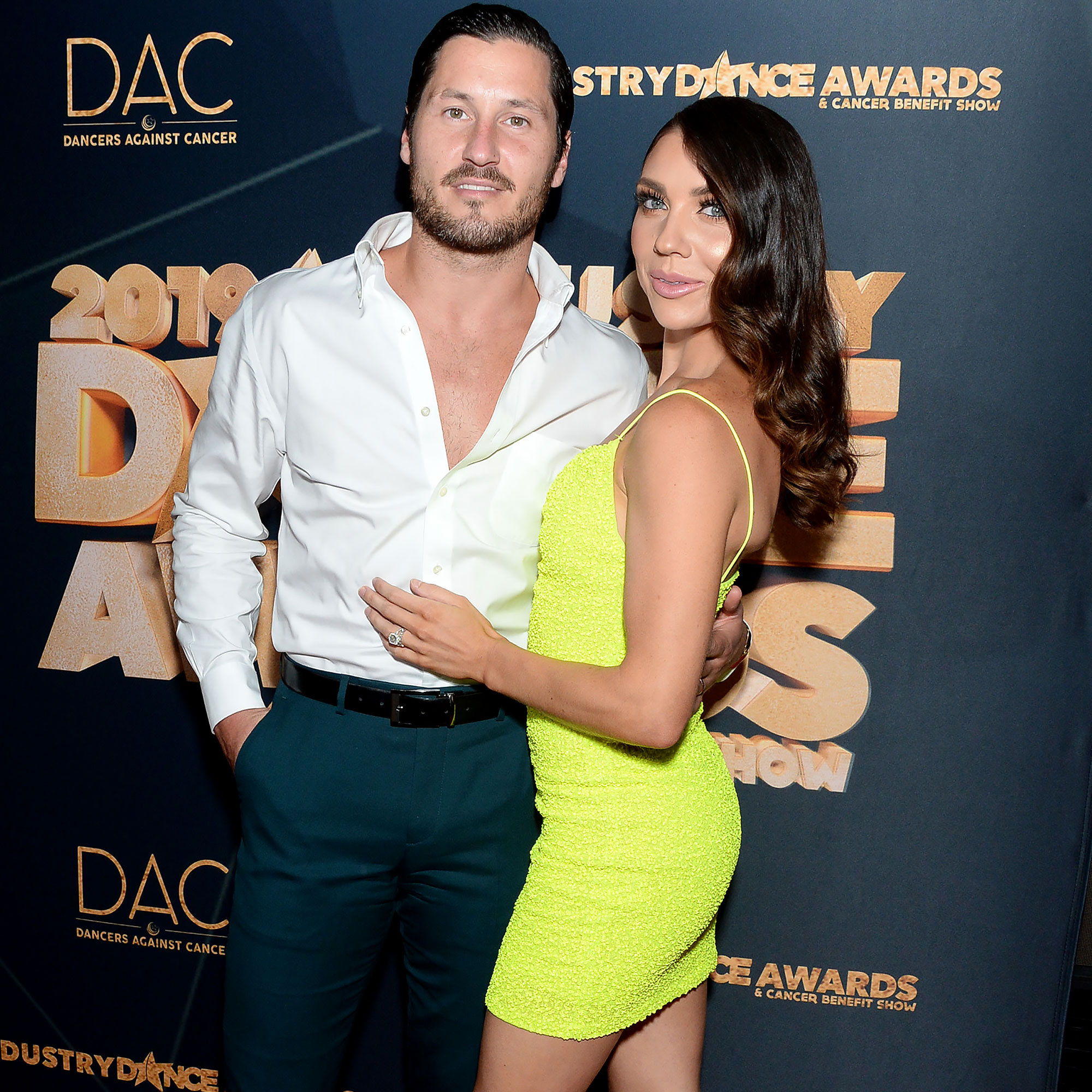 “You know, the two of us have an awesome opportunity and responsibility to coach [our] partners, two extraordinary young women, you know, that are gonna really change things and represent a generation,” Chmerkovskiy continued. “I’m excited for that competition. I hope to see Olivia and JoJo [Siwa] in finals.”

The So You Think You Can Dance alum exchanged vows with the two-time mirrorball champ in 2019. Earlier this month, Johnson exclusively told Us that it can be “a challenge” to keep their work separate from their life as a couple.

“We really pushed ourselves to finish work at the door, come home and just be humans, just be a married couple,” the Utah native explained. “Obviously, [this] season [it] has been a little bit easier to do that because we can’t live together because of COVID.”

Every ‘Dancing With the Stars’ Pro Through the Years: Where Are They Now?

The pair value each other’s opinions about their choreography, sharing “sneak peek videos” of rehearsals. However, the show’s strict coronavirus safety protocols have made it tough for the dancers to keep their spark alive.

“My love language is physical touch, so I just want to be full-on kissing him. Like, yeah, that’s just me,” Johnson continued. “It’s been a little bit difficult, but we both have the same end goal and we know how much this means to each other. … There’s never been a married couple in the finals together, so I want to be that first one this season with him.”

While they’ve chosen not to participate in the upcoming DWTS tour, the twosome still aren’t sure when they’ll start to focus on raising a family of their own.

Perfect Partners! A Guide to All the ‘DWTS’ Pros and Their Spouses

“Timing is everything,” Johnson told Us, noting that both she and her husband have “always wanted” to be parents.

The couple aren’t ready to rush into a pregnancy, but Val’s older brother, Maksim Chmerkovskiy, has baby fever on their behalf. The 41-year-old previously told Us that he “cannot wait” to be an uncle.

“It’s not just for the warm and fuzzy feelings of it,” Maks, who shares 4-year-old Shai with Peta Murgatroyd, said in July. “It’s also for my turn to show up, rally [the baby] up, hand him over, say goodbye and bounce. It’s gonna happen.”

Dancing With the Stars airs on ABC Mondays at 8 p.m. ET.