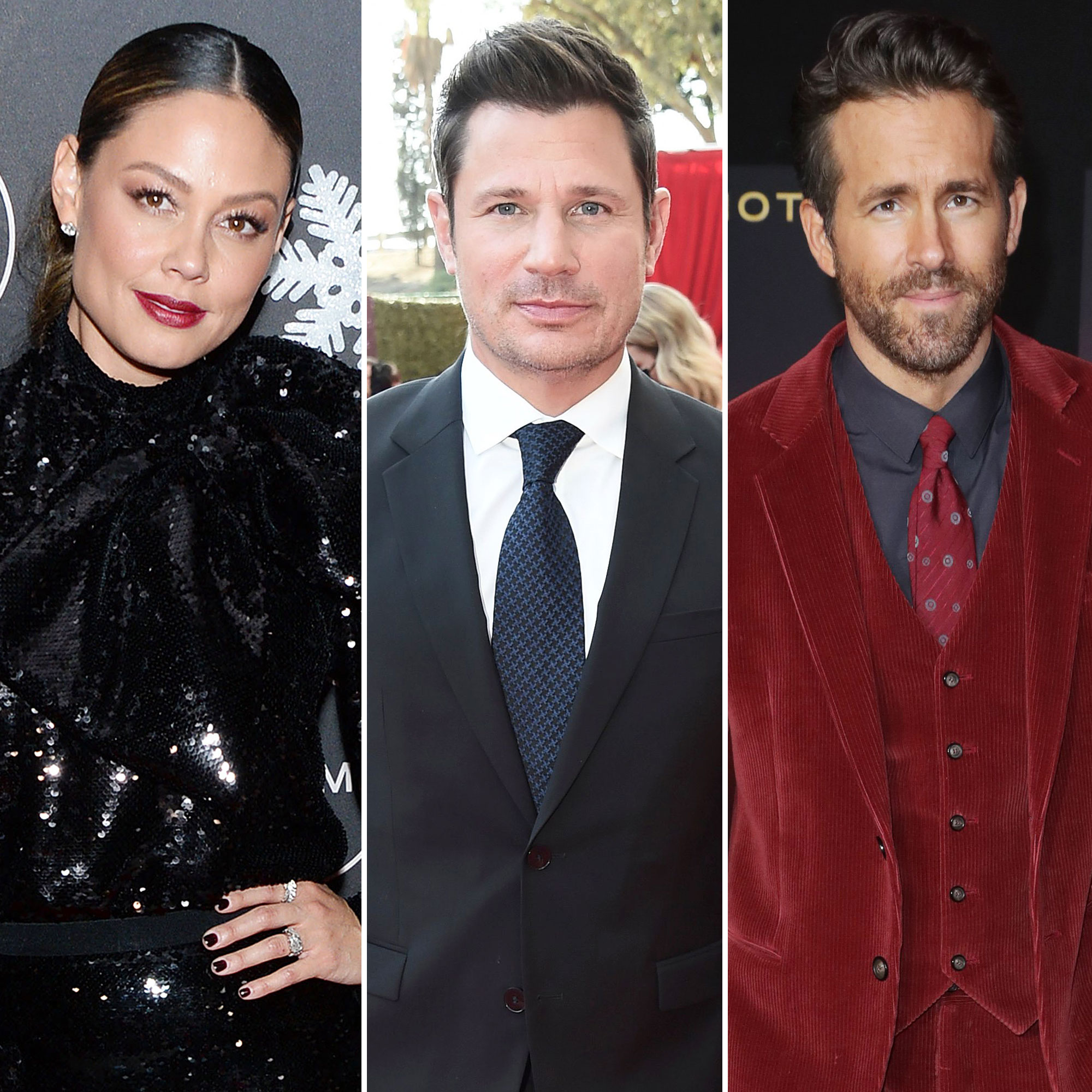 In another life! Vanessa Lachey recalled how the timing of her relationship with now-husband, Nick Lachey, derailed her plans to date dream guy Ryan Reynolds.

When asked who the NCIS: Hawaii star, 41, would pick if Nick, 48, wasn’t an option, Vanessa was quick to name the Deadpool star, 45, whom she revealed she’s had a crush on for decades.

“We joke [about who’s next in line]. I have my, ‘Ya know whatever [fantasy guy].’ He’s married now and I love them together,” Vanessa said during the Tuesday, November 30, episode of the “LadyGang” podcast. “It’s Ryan Reynolds! I just think he’s so charming. He’s like an action star, but he’s so self-deprecating and he’s funny … and he’s so all of the things.”

The former TRL host, who wed the 98 Degrees singer in 2011, noted that there was a moment of hope when Reynolds split from fiancée Alanis Morissette, and he was finally available. Vanessa, however, was suddenly off the market.

“But that’s when I met Nick,” Vanessa said, laughing. “I’ve been married for 10 years, with him for 15, so it’s fine. But Ryan has always been my like [dream man] … I just think he hung the sun, moon and stars.”

The Philippines native recalled thinking “he’s off the market” once she heard that the Green Lantern actor was engaged to Morissette, 47, in 2004. Around the same time, Nick was in his own relationship — he was married to Jessica Simpson from 2002 to 2006 — so Vanessa had to accept that both men were not an option for her to date.

“Nick was in a previous relationship — he was taken. Even though I loved the guy, I was like, ‘He’s married. Don’t mess with that. Bad karma girl. Like, do not mess with that,’” she explained.

Once the Alter Ego judge broke up with Simpson, 41, however, the two started to talk “loosely for a few months” before becoming more serious.

“I’ll never forget, I came into TRL [one day] and I told my hair and makeup girls, ‘Nick and I made it official! We’re boyfriend, girlfriend,’” Vanessa explained. “My hair girl goes, ‘Maybe this isn’t the time I should tell you, Ryan Reynolds and Alanis called off their engagement.’”

The news threw Vanessa for a loop since, suddenly, both of her crushes were back on the market at the same time.

“I was like, ‘Waah!!! You couldn’t tell me this yesterday?’ Not that it would have changed anything,” the Truth Be Told alum continued. “I remember that day vividly because it was the day [Nick and I] decided to be a monogamous couple and in a relationship [and it] was also the day [Ryan and Alanis] decided to break off their engagement.”

Vanessa said she still jokes with Nick over Reynolds being the one that got away. “That was my first test [with Nick] and I didn’t take the bait,” she added with a laugh.

Vanessa and Nick’s romance took off in February 2006 after she starred in his music video for “What’s Left of Me” shortly after he split from Simpson.

Nick’s divorce from the Dukes of Hazzard actress was finalized in June 2006, six months before he and Vanessa went public with their romance on New Year’s Eve. Since tying the knot in July 2011, the couple have welcomed three children: sons Camden, 9, and Phoenix, 4, and daughter Brooklyn, 6.