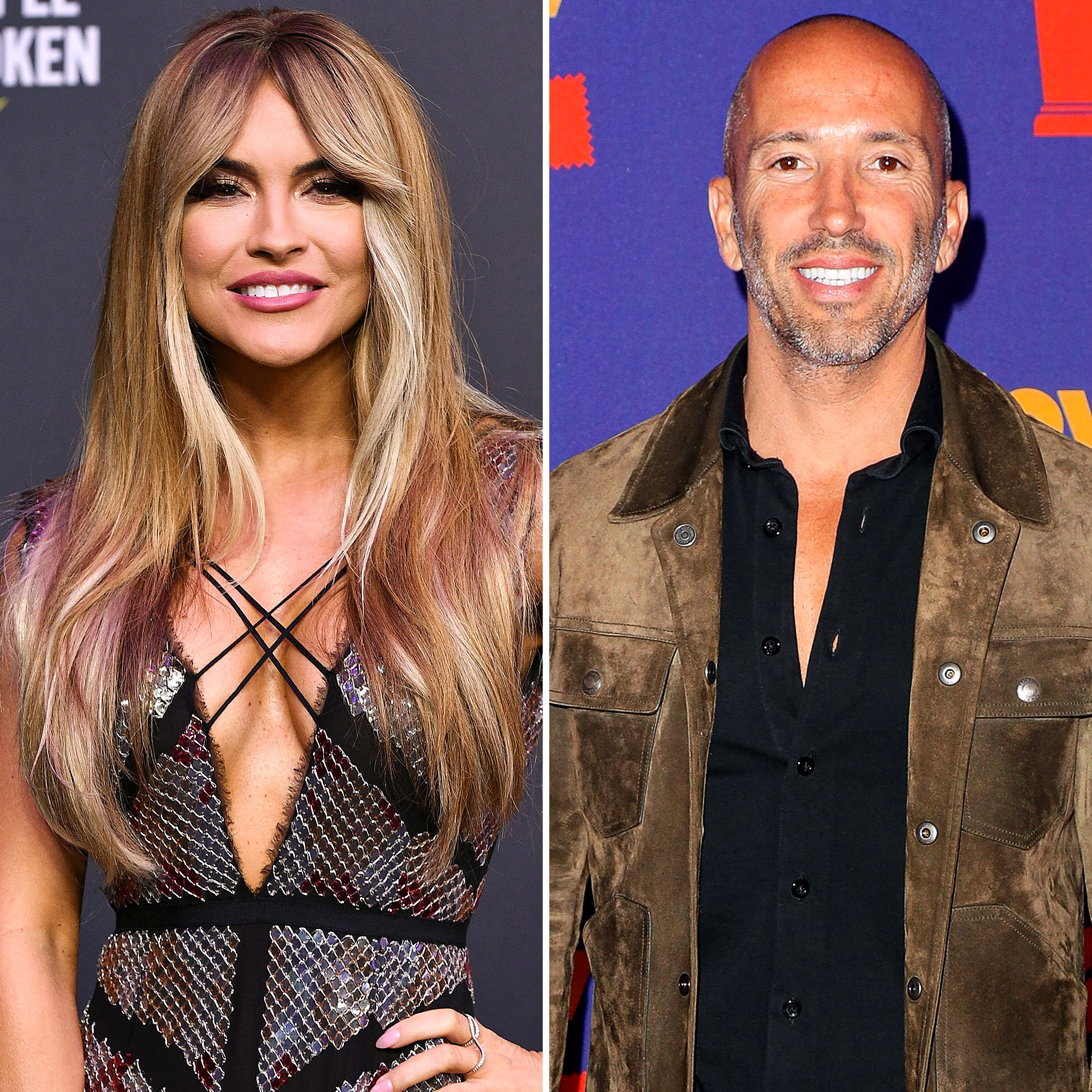 Not holding back! Chrishell Stause seemingly threw shade at ex-boyfriend Jason Oppenheim after they split over their different visions for the future.

‘Selling Sunset’ Cast’s Love Lives: Who the Netflix Stars Are Dating Off Screen

The Kentucky native, 40, appeared to take a playful jab at her breakup while posing in a bikini during a getaway to Cabo San Lucas, Mexico. “Well these eggs aren’t going to fertilize themselves 🤣🤣,” she wrote via Instagram on Tuesday, December 28. “Or maybe they will … who knows. Until then, 2022 bring it on 😜😜.”

Her Selling Sunset costars were quick to react to the not-so-cryptic caption, with Amanza Smith leaving a string of laughing emojis in the comments.

Newcomer Emma Hernan, who is on the trip with Stause, wrote, “DAMN GIRL YOU SO HOT I JUST GOT A SUNBURN LOOKING AT MY PHONE 🥵🥵🥵🥵🥵🥵🥵🥵🥵🥵… ** will be expecting aloe Vera as my bday present now. Thanks,” while Brett Oppenheim‘s ex Tina Louise added, “Ha ha ha ha ha i love you.” 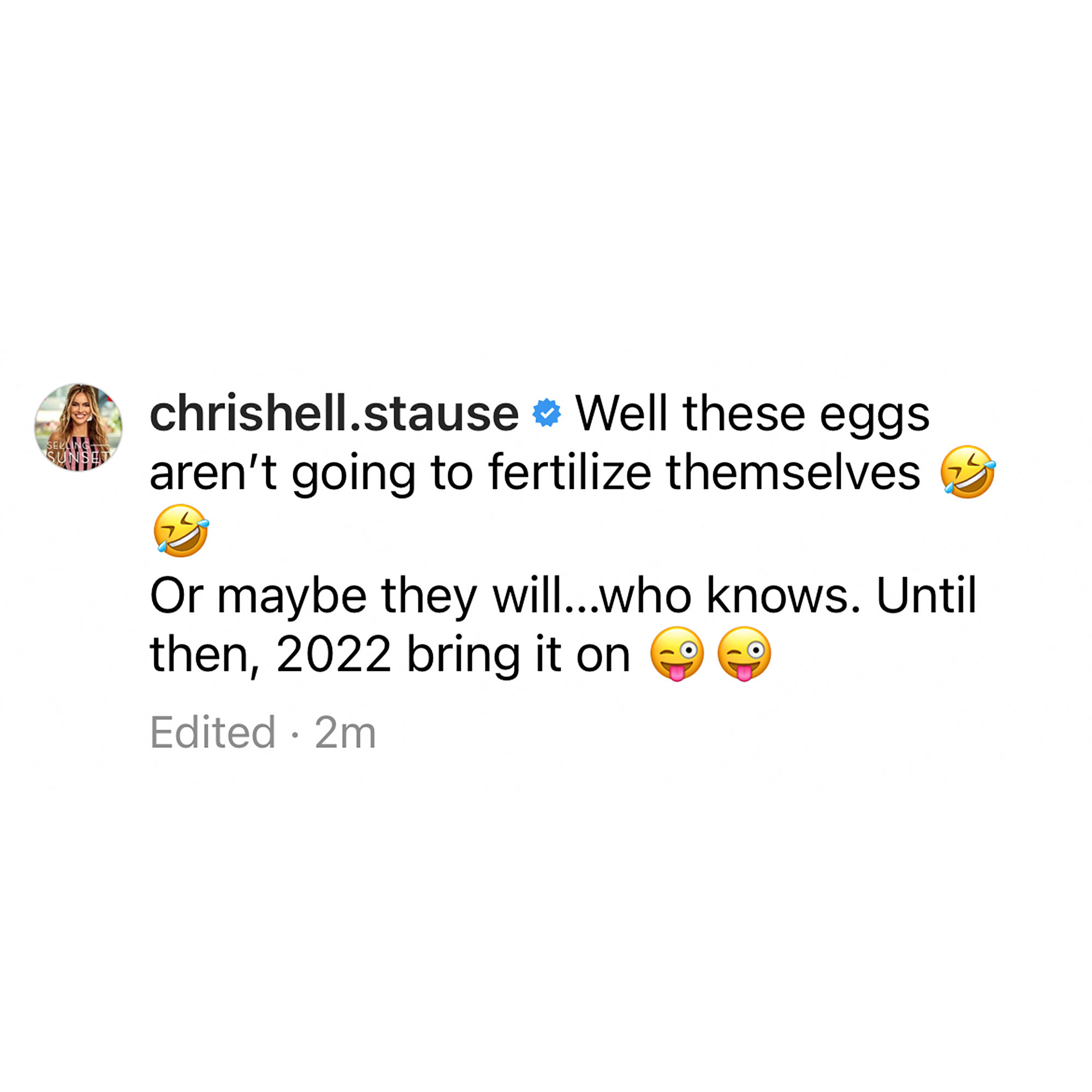 Stause and Jason, 44, went public with their romance over the summer while on vacation with fellow Oppenheim Group colleagues in Europe. Earlier this month, Us Weekly confirmed that the pair called it quits. The real estate broker later revealed that he and the former soap opera actress disagreed about wanting to start a family.

“While Chrishell and I are no longer together, we remain best friends we will always love and support one another. She was the most amazing girlfriend I’ve ever had, and it was the happiest and most fulfilling relationship of my life,” he wrote in an Instagram statement on December 21, noting that he and the Dancing With the Stars alum “have different wants” for their futures.

Chrishell Stause and Jason Oppenheim’s Quotes About Their Relationship

Stause shared a similar statement of her own, telling her social media followers that she’s “choosing to see [the relationship] as a success” despite her breakup.

“Jason was and is my best friend, and other than our ideas for family ultimately not being aligned, the amount of respect and love we have for each other will not change going forward,” she explained in a lengthy Instagram post last week. “Men have the luxury of time that women don’t and that’s just the way it goes. All of that being said, navigating this public terrain is difficult and I am just trying my best. … I very much hope to one day have a family and decisions I make at this point are with that goal in mind.”

The Netflix star, who finalized her divorce from Justin Hartley earlier this year, concluded: “And thank you Jason for the most incredible relationship and for consistently being honest with me even when it hurts.”

News of the split “was definitely a surprise” to the duo’s friends and costars, a source exclusively told Us. “Those who have hung around them actually thought they were headed for marriage, not a split. They seemed like a couple that was going to get married — they had great chemistry, they cared and loved each other,” the insider added.

However, Stause’s desire to raise children comes as less of a shock. The Under Construction author has been vocal over the years about wanting to be a mom and recently opened up about making the choice to freeze her eggs.

“[Now] I don’t have to have that stress,” she exclusively told Us in July. “Right now, [motherhood] just not on my mind. I love that it’s there whenever I’m ready.”