Another round of 90 Day drama! The season 5 premiere of 90 Day Fiancé: Before the 90 Days is right around the corner, and the seven new couples have a hard road ahead.

In Us Weekly‘s exclusive trailer, relationships are tested and tears are shed. As usual, season 5 will follow the couples as they get to know each other before applying for K-1 visas, but seemingly nothing is going to be easy. 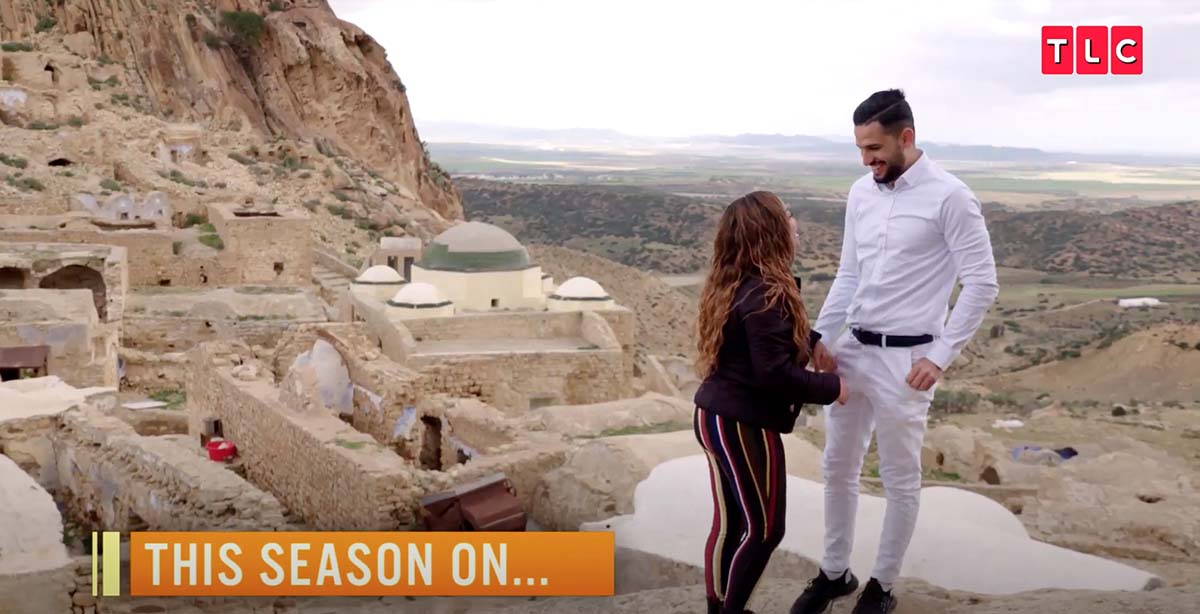 “What I found with Mahogany is like no one else,” says Ben, 52, a former pastor from Michigan who’s decided to broaden his horizons after years of living with strict religious restrictions. He flies to Peru to pursue a relationship with Mahogany, 24, but when he arrives at the airport, she isn’t there. “I feel foolish,” he says after getting into a taxi. “And it just really hurts.”

Later in the video, 28-year-old Hamza confesses that he’s not sure he’s ready to get married. “I am afraid of you,” he tells Memphis, 34, using his phone to translate his words into English for her. “I need more time before getting married to you.” The Michigan native isn’t having it, saying in a confessional interview, “I’m tired of being betrayed and I’m tired of being hurt.”

Though all of the season 5 couples are new to the TLC franchise, one face will be familiar to viewers: Usman “SojaBoy” Umar. The 32-year-old musician starred in season 4 of Before the 90 Days, which aired in 2020.

After splitting from ex-wife Lisa Hamme, the Nigeria native is now pursuing a relationship with Kim, 50, but the duo face their share of difficulties in the trailer. At one point, Kim takes over at one of Usman’s shoots, issuing commands that her beau doesn’t like. “I don’t really know what comes over Kimberly, but I will not stand for it,” he says in a confessional scene.

‘90 Day Fiance: The Other Way’: Which Couples Are Still Together?

Later, Kim confronts Usman about why he doesn’t want to have sex with her. “This is so f—king crazy, honestly,” she says as he storms out of the room.

Usman isn’t the only cast member to walk out on his partner, either. In another scene, Jasmine, 34, asks Gino, 51, whether he sent his ex-wife naked photos of her. His answer isn’t shown in the teaser, but whatever he says causes the Panamanian teacher to get up and walk away. “I really don’t know where go from here,” he adds in an interview.

Season 5 of 90 Day Fiancé: Before the 90 Days premieres on TLC Sunday, December 12, at 8 p.m. ET. It will also be available to stream via the Discovery+ app.