I was 13 when my vision started to drastically falter after I first noticed at school that I was struggling to read the interactive whiteboard.

Over the course of my teenage years, I went from being able to see perfectly fine, to the world around me suddenly becoming a haze: people became misshapen blurry blobs, lamp posts became invisible and my reflection disappeared.

At the time, it disturbed me but with the other turmoil within my personal life – like my mental health starting to drastically deteriorate and bullying during secondary school – I did not have the space to understand what was truly brewing behind my deteriorating eyesight.

It wasn’t until my GCSEs about three years later that my eye condition started to terrify me.

I could not see the whiteboards at school even if I sat at the very front. I could not even see the words and the numbers on the pieces of paper that detailed the content required for the exams that I was going to sit.

Though I had prescription glasses – which I got when I was 15 – they did not help. I would continuously walk into lamp posts, get on the wrong buses and struggle with extreme migraines.

So in an effort to get by each day, I would strain and squint my eyes just so that I could see, even if it was only a little bit. I even had to rely on my other senses to help me navigate through life.

I used my hearing to alert me when someone or something was near me; I’ve had to dodge many a motorcycle.

Not only was my academic life affected, my relationships also took a hit.

As my eyesight worsened over the years, people started to get more and more frustrated and angry at me for not recognising them when out and about, or even being able to look at them when speaking – even my own family.

Due to everything being so blurry, I found it very disorientating to look up all the time as light, and colours would just blur into each other and cause me to be very distressed and anxious.

If only they would have understood that I was not ignoring or ‘airing’ them – I just truly could not see them.

It wasn’t until the summer of 2019 – when I was 16 and about three years after I started to lose my vision – that my condition was properly identified.

Eventually, I was referred to not one but three hospitals – one being London’s Moorfields Eye Hospital.

This urgency was prompted by the shocking disparity between the vision of both my eyes.

My right eye is far worse than my left, a discovery that baffled my opticians. It was not until I had been seen by actual ophthalmologists did I come to learn about the true nature of the loss of my eyesight. 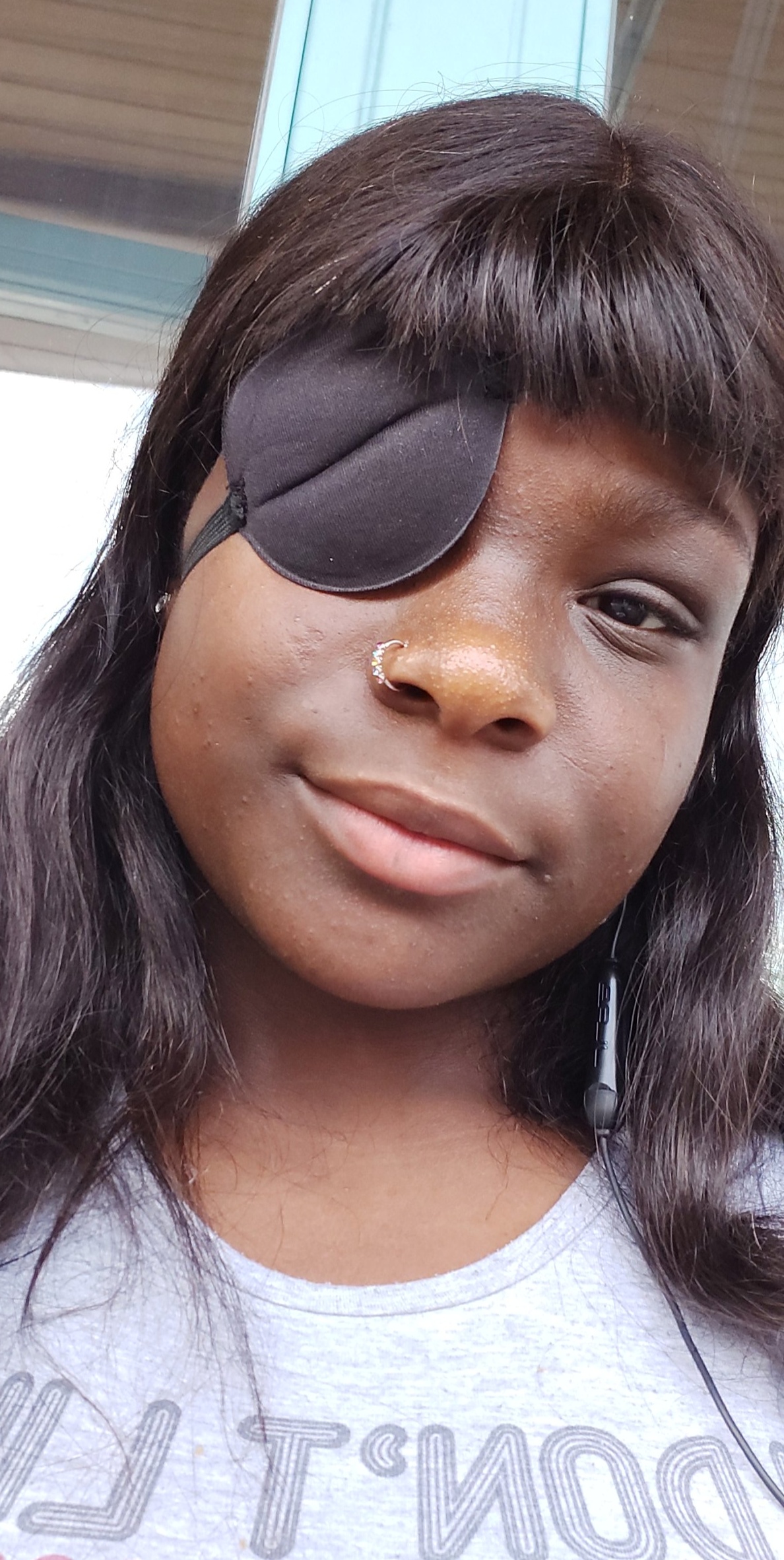 I have severe bilateral keratoconus: an eye condition in which the normally round dome-shaped clear window of the eye (cornea) progressively thins and bulges outwards into a cone shape, causing my poor vision.

In my case, my corneas have thinned so much that they are not dome-shaped but triangular (hence why prescription glasses do not work for me as they are not able to help my corneas focus), with the thinning of my left eye and right eye happening at different rates.

My right eye has thinned so much that I have been told that by the time I am 25, I’ll lose all sight in it.

In other words: I am slowly yet dramatically going blind.

Getting the diagnosis was when I started to grasp what was truly happening to me and what it meant. This prospect has totally crushed me and even as I write this, I am crying.

It is so depressing and painful to be 18 and know that in under seven years, I won’t be able to see with my right eye.

As a result of my condition, I was given hard contact lenses to wear – every hour of every day except for when I am sleeping. They too, come with their own unfair share of torture.

From having to put them in – which can be painful – to the anxiety that comes with them frequently falling out, the horror they cause when they move around and the pain they inflict when they scratch my eyes. It’s a lot to endure and there’s more that I cannot bring myself to share.

Last summer, I underwent crosslink surgery – a treatment that causes fibres within the cornea to bond more tightly. It was an attempt by my doctors to prevent my left eye from becoming as bad as my right.

However, the surgery left me in complete agony for just over a month and I had to wear an eyepatch to prevent light from burning my left eye – all in an effort to halt the deterioration, but it’s not even possible to reverse it.

When I would put in the many medications to help with the healing, it felt like I was pouring scorching liquid fire into my eye.

The tears never stopped running, even to this day.

Every day, my eyesight gets worse and worse and my resilience – like my corneas – thins. It has been so hard to be a young person with not only one but many invisible disabilities.

My mental health is at a crippling impasse and I am so emotionally scarred that it has left me physically exhausted.

I wish I could tell my younger self that it would get easier, but it won’t – and that is the harsh reality of my condition. But I also wish that people had been more compassionate and caring when I told them about what I am suffering with.

In general, people around me have been a little bit more understanding about my eye condition, especially those who have seen how it has impacted me mentally.

I wish that people would understand that invisible disabilities are real and are just as debilitating as those that are visible.

In this exciting new series from Metro.co.uk, What It Feels Like… not only shares one person’s moving story, but also the details and emotions entwined within it, to allow readers a true insight into their life changing experience.