From a personalised Harrods loaf that costs £17 to ‘Hackney Wild’… while Victoria Beckham pays £6 for bread made to a ‘Biblical’ recipe: So, which trendy upper crust loaves are worth the dough?

Well if your daily slice is affordable, you are off the breadline — but if you are paying £5.95 for a loaf, then you are clearly eons away from it.

‘We switched our usual bread for this — and even the kids like it,’ gushed Posh over the sliver of organic, sprouted, multi-grain bread.

Those who know their Bible will particularly appreciate this loaf. 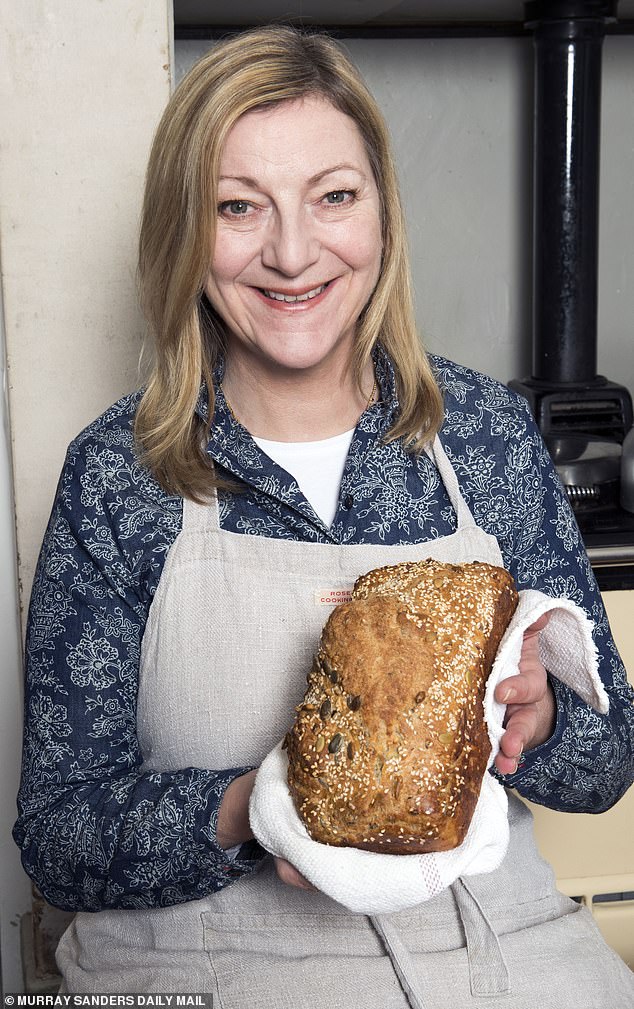 Rose’s speedy mixed grain and seed bread (makes two loaves and cost of ingredients just £1.93!). After soaking the seeds and grains, this bread takes only three minutes to mix before baking

In the Book of the Prophet Ezekiel, chapter 4, verse 9, it says: ‘Take also unto thee wheat, and barley, and beans, and lentils and millet, and spelt and put them in one vessel.’

In short, the Beckhams’ daily bread is a 670g loaf containing six sprouted grains and pulses, drawing on this recipe.

The people who make it, the Food For Life Baking Company, are based in California, and ship the bread frozen (uh-oh, I smell a large carbon footprint!).

Given the cost of her loaf, the joke is on Victoria and her family. Because, no surprises, any wholegrain bread which has been made naturally with no artificial additives (see recipe below) is healthy — and they can cost a lot less than a £6 loaf brought all the way from La La Land.

Here is my pick of the best alternatives available nearer home. 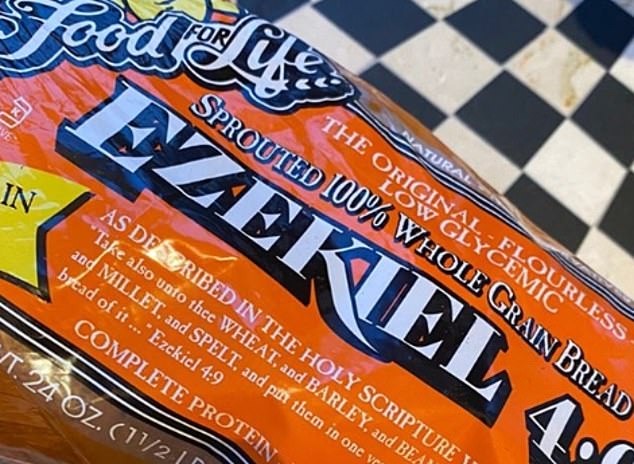 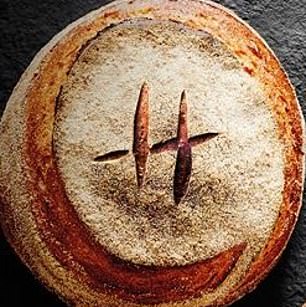 All these breads are handmade and some weights approximate. 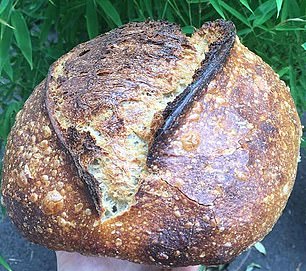 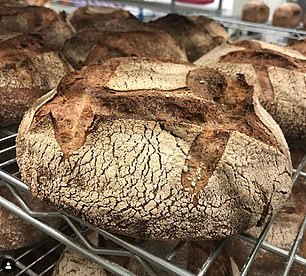 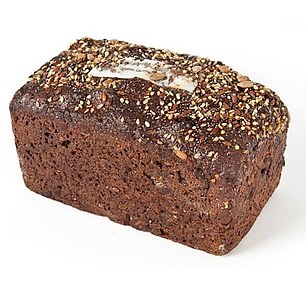 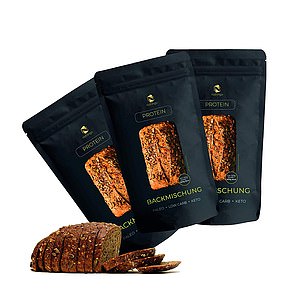 Only Harrods could come up with a monogrammed loaf.

Order in advance and this super-healthy, slow-fermented bread can be engraved with your initials, or those of a bread aficionado who would appreciate such an unusual gift.

Produced by the ultra cool E5 Bakehouse in London’s East End, this is a loaf made with a blend of ancient ‘heritage’ and modern wheat grains that are grown and milled in the UK. Chewy and open textured, with a tangy flavour.

Pioneering Nordic chef Mikael Jonsson, formerly of the celebrated Michelin-starred res-taurant Hedone in West London, has switched to producing bread many critics believe to be the best in the capital.

His rustic, brown round loaf is made to a very slow process, is highly digestible and delicious.

An award-winning, sumptuous, rich, seeded rye loaf with big fat juicy raisins, molasses and a touch of coffee; this is the best version of pumpernickel made in Britain and the ideal bread for open sandwiches or farmhouse cheese.

Made by artisan bakers at the Cotswolds’ most glamorous farm shop, and available online.

A highly rated, convenient, gluten-free, high-protein bread mix made with sunflower and pumpkin seeds, dark and gold linseeds and lupines, which are a sustainable variant of soya.

Mix with vegetable oil and low-fat cream cheese to make a loaf.

Parisian baker Lionel Poilane brought sourdough to London in the 1980s. He was ahead of the trend and his rye bread is still among the most sought after.

Available from two Poilane shops in London and from Waitrose. If you want to be really posh, order from the Paris branch — at a cost: £33.75. 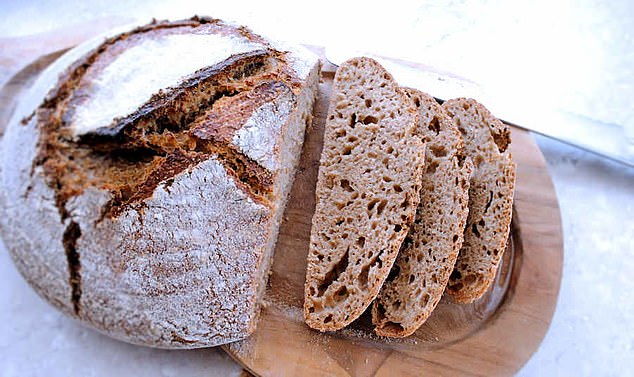 Wheat, rye, pumpkin seed, sunflower seeds, fennel seeds and oat flakes are packed into this heavy, good value loaf made by Bread Ahead, whose smartest outlet is on Pavilion Road, the new food hub street in Chelsea, London. 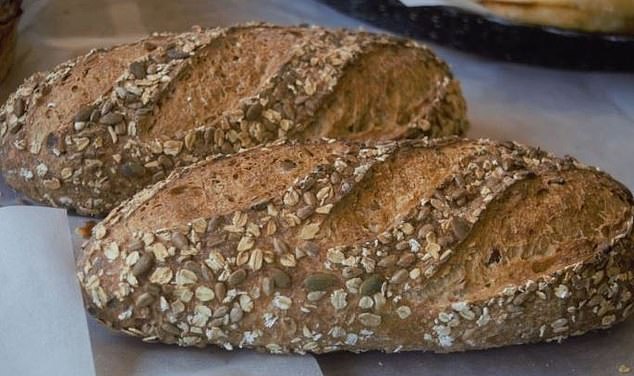 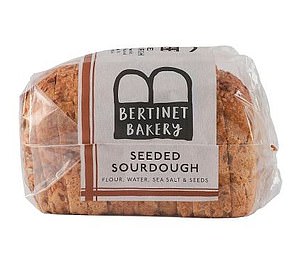 Situated in an elegant street in Bath is the Bertinet Kitchen, a baking school run by teaching supremo Richard Bertinet who also runs a bakery supplying handmade breads on a commercial scale. His seeded loaf contains toasted seeds, adding an extra level of flavour.

A rare loaf indeed, made in South London by Franco Manca co-founder Bridget Hugo with all British grown organic rye flour, molasses and lightened with potato to make a dark, earthy but outstandingly subtle bread.

Baked in a wood-fired oven; so good sliced thin with smoked fish or cheese and honey. 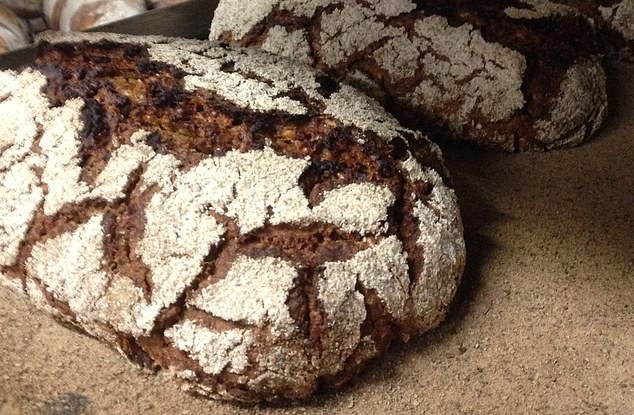 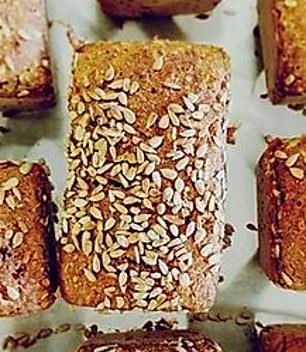 Situated in one of Nottingham-shire’s famed Dukeries, the Welbeck artisan bread is sold in the estate’s farm shop and other local outlets.

Their excellent, handmade Vollkornbrot is made with 100 per cent rye and sunflower seeds, but also try the sublime apple sourdough.

Bake your very own Posh slice

Rose’s speedy mixed grain and seed bread (makes two loaves and cost of ingredients just £1.93!). After soaking the seeds and grains, this bread takes only three minutes to mix before baking.

The grain reacts quickly with the yeast and does not have to be kneaded. There is also no need to leave it to rise as you do for conventional bread.

You can adapt it using different grains and seeds to suit your own taste.

Preheat the oven to 200°C/400°F/Gas Mark 6. Combine all the ingredients in a bowl, adding the water last.

Mix well, then turn the dough into a greased 900g/2lb loaf tin.

Put in the oven immediately and bake for one hour, until the loaf has risen, it lifts out of the tin easily, and sounds hollow when tapped underneath.

Once you have removed the loaf from the tin, put it back in the oven for 5–10 minutes to crisp up the sides and base, then leave to cool on a wire rack.

What Do BTS’ "Louder Than Bombs" Lyrics Mean In English? The Song Is Emotional

Outlander season 5 release date: What day does Outlander come on?