We’ve partnered with Nickelodeon to highlight the show that’s charming kids and parents alike: Are You Smarter Than a 5th Grader?, the game show where kids help grown-ups make the grade. Catch the first episode on Nickelodeon on June 10 at 7 p.m. ET / 6 p.m. CT.

The role of game show host is a truly unique position. A good host isn’t just there to explain the rules or read out the questions — a truly memorable host infuses the game with personality, and brings out the contestants’ playful sides.

There’s no standard formula for success, either: each host’s persona has to fit the game he or she oversees. A goofy comedian who loves slapstick humor wouldn’t be a match for a fairly serious trivia game, for instance, whereas a straight-laced host wouldn’t fit an off-the-wall challenge show. That’s why John Cena, the host of Nickelodeon’s Are You Smarter Than a 5th Grader? plays such a crucial role on the show: he manages to bridge the gap between grown-ups and kids, whether they’re competing on the show or watching at home. 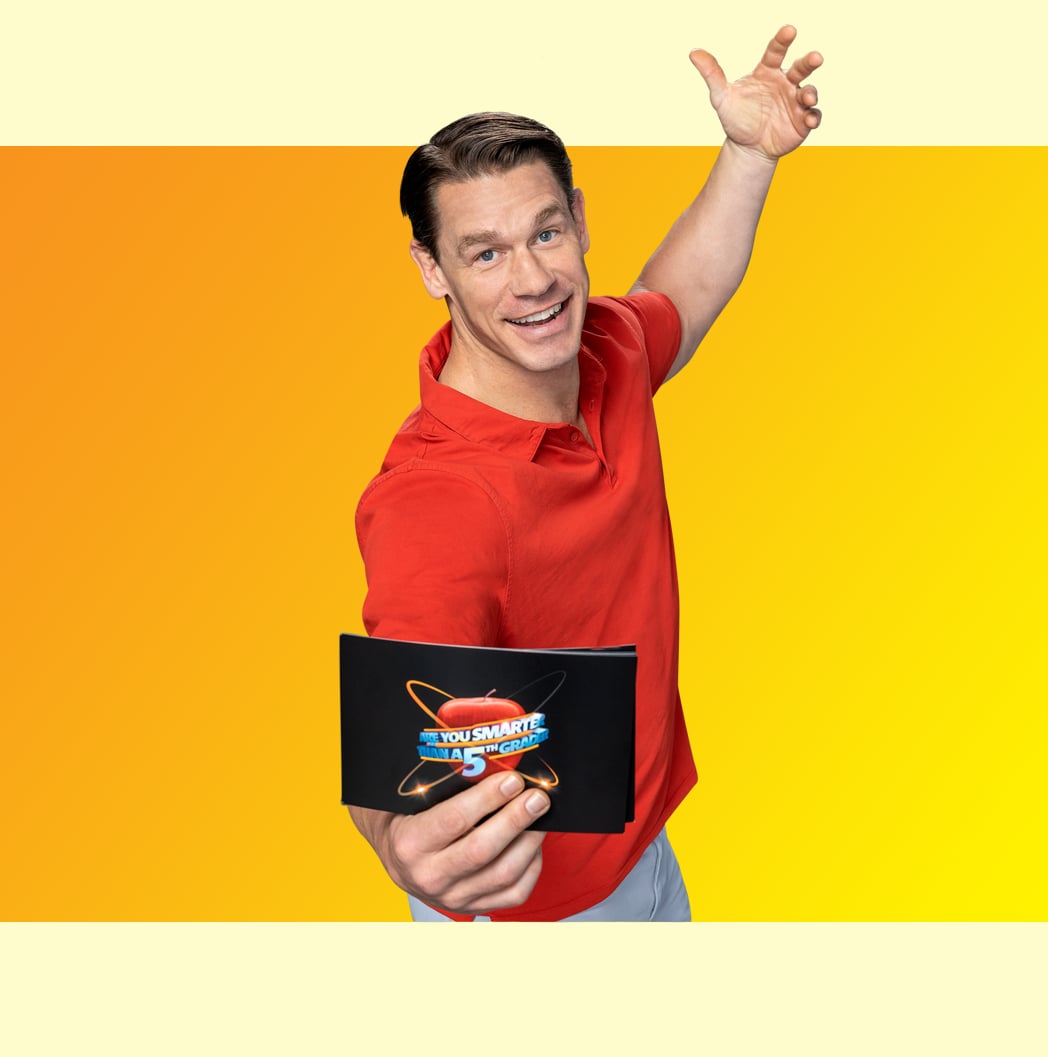 Parents might know Cena from his wrestling career, movie roles, or other TV appearances, but kids will come to know him as the funny guy on Nickelodeon. When you watch Cena interact with the genius contestants on Are You Smarter Than a 5th Grader?, it’s obvious that he loves his job and that he’s really rooting for every kid. His goofy, easy-going personality is not only endearing, but also helps children see him as a guy who just wants to have fun.

Cena isn’t just hilarious, though — he’s also a brainiac in his own right. Did you know he speaks Mandarin? However, he’ll be the first to admit that he’s still learning the language. Both the supersmart kid contestants on Are You Smarter Than a 5th Grader? and kids watching at home will see him as a role model — someone who proves that it’s cool to be smart. 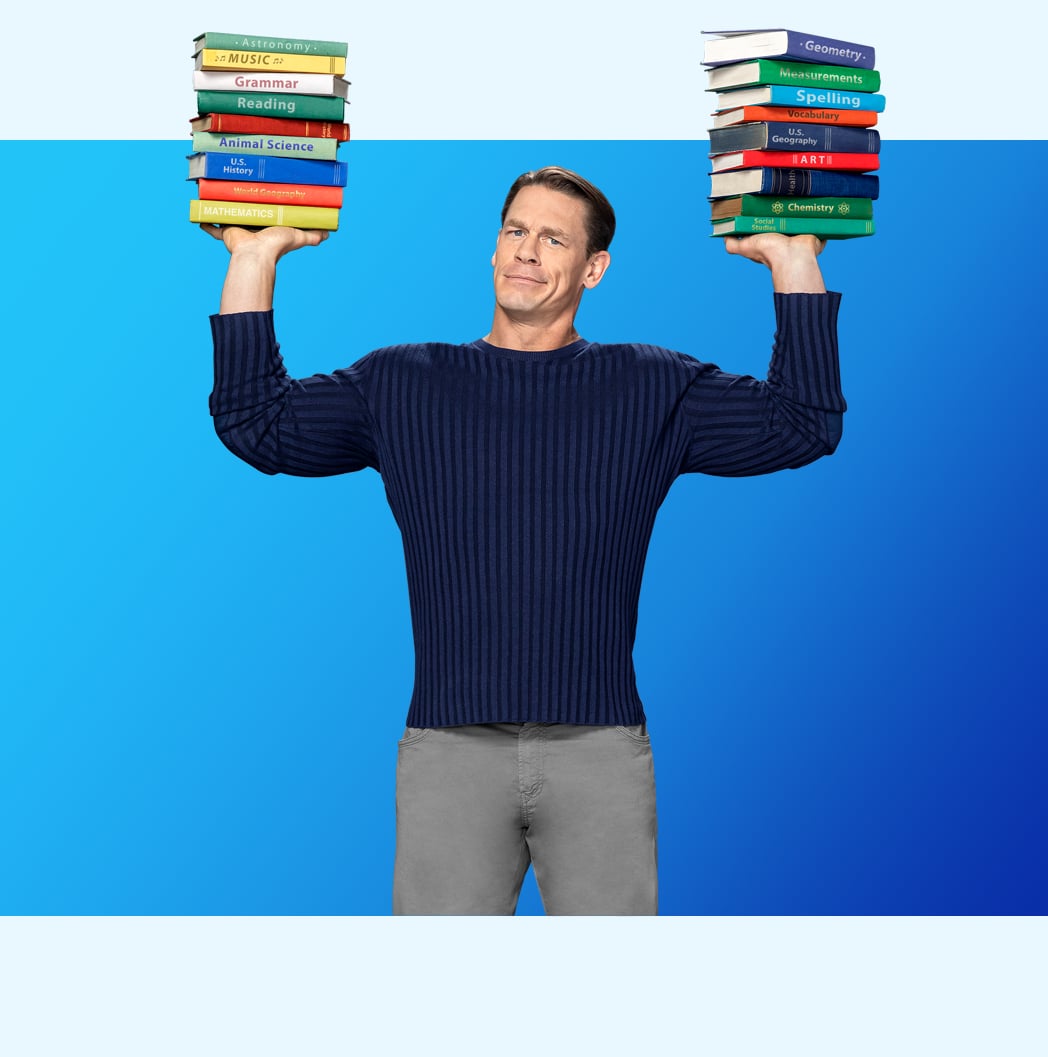 Last but certainly not least, Cena makes each and every episode of Are You Smarter Than a 5th Grader? look like so much fun. He’s always performing goofy antics, like busting through cardboard boxes or running through toilet paper streamers. When a kid contestant gets an answer right and totally schools an adult, Cena is the first to cheer them on and give out high fives.

Once you tune into Are You Smarter Than a 5th Grader?, it becomes clear that Cena is the complete package. He’s a natural comedian, goofy kid at heart, great role model, and a downright blast to watch. Tune into the premiere of Nickelodeon’s Are You Smarter Than a 5th Grader? on June 10 at 7 p.m. ET/6 p.m. CT to find out for yourself. Trust us — you’re going to be laughing out loud.