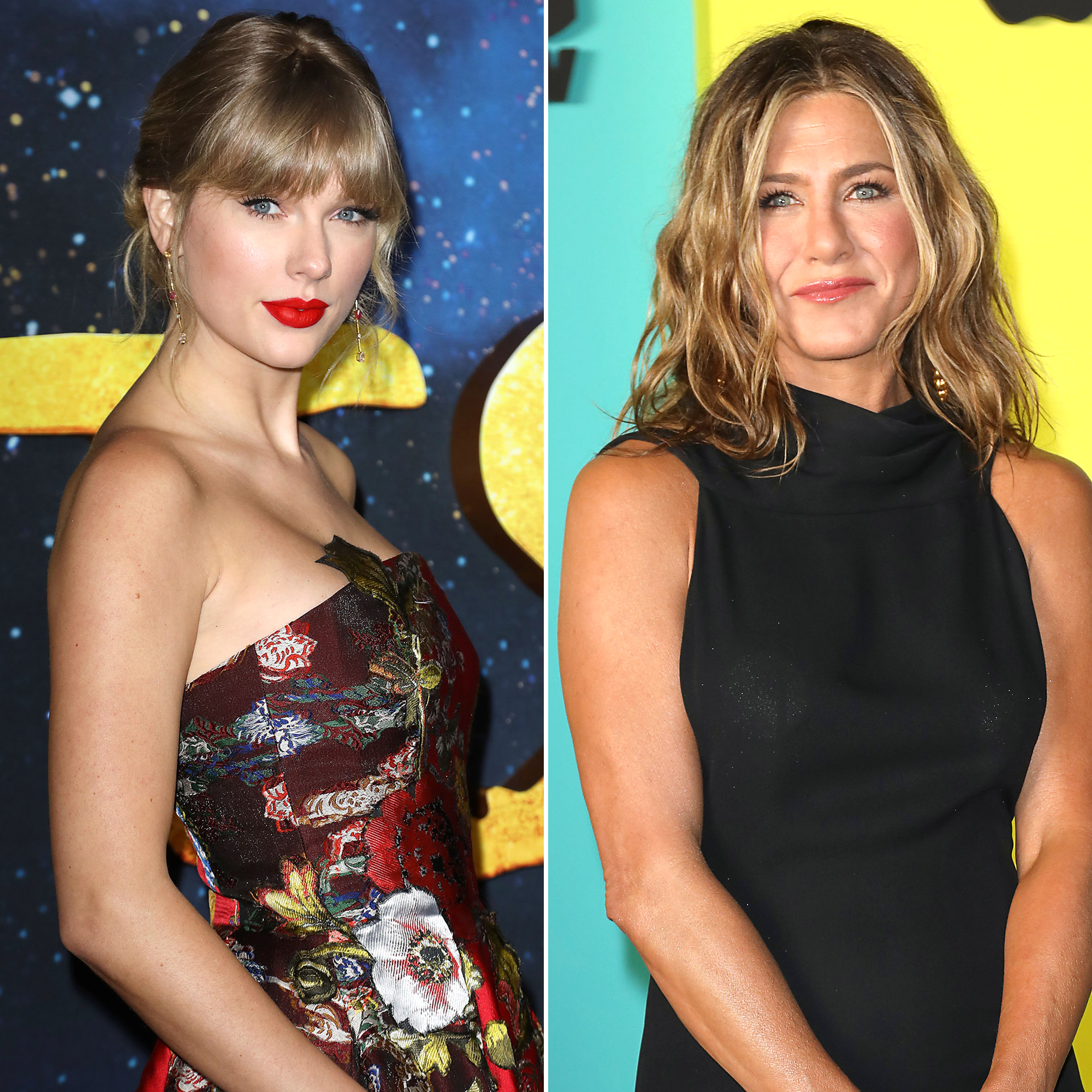 There’s always an Easter egg. Taylor Swift dropped plenty of hints about her relationship with ex-boyfriend Jake Gyllenhaal in the new version of “All Too Well,” but there’s one detail that really has fans guessing.

The 31-year-old singer released Red (Taylor’s Version) on Friday, November 12, reimagining the songs from 2012 that Swifties know and love. While dissecting the meaning behind the updated verses in “All Too Well,” one section about an unnamed actress stood out.

“THE WAY THIS CONNECTS #RedTaylorsVersion,” one listener tweeted on Friday alongside a screenshot of the lyrics, “Now I’m weeping in a party bathroom / Some actress asking me what happened / You, that’s what happened.”

In the same tweet, the social media user shared a snippet from a January 2011 Daily News article reporting that Jennifer Aniston offered the “Begin Again” singer relationship advice at the People’s Choice Awards. The story was originally published one month after Swift and Gyllenhaal, now 40, broke up.

The Cats actress and the Golden Globe nominee began dating in October 2010 and called it quits after just three months. At the time, a source told Us Weekly, “Jake just told her it wasn’t working out. Taylor is really upset and hurt. She feels really burned by him.”

Taylor Swift’s New ‘All Too Well’: Breaking Down Every Jake Gyllenhaal Clue

Two years after their split, the Pennsylvania native released Red, which was heavily inspired by her relationship with the Nocturnal Animals star. During an interview with New York magazine, Swift revealed that her former flame had contacted her about the songs, including “We Are Never Ever Getting Back Together,” “I Knew You Were Trouble” and more.

“He was like, ‘I just listened to the album, and that was a really bittersweet experience for me. It was like going through a photo album.’ That was nice,” she said in 2013. “Nicer than, like, the ranting, crazy e-mails I got from this one dude.”

Looking back on her headspace during Red‘s initial release, Swift noted that it was easier to talk about those emotional tracks this time around.

“I’ve got sunglasses on and a mojito, and it’s chill this time,” she told Seth Meyers on Thursday, November 11, one day before the new-and-improved album dropped. “It’s really nice to be able to put this album out and not be sad. Not be taking breaks in between interviews to cry. I’m telling you, it’s much better this way. You get some time passing. You’re reliving your experience from your 20s when you’re in your 30s. It’s really the way to do it.”

The “Cardigan” songstress has been dating Joe Alwyn since May 2017, while Gyllenhaal moved on with Jeanne Cadieu in June 2018. While he boasts a roster of famous ex-girlfriends, the Day After Tomorrow actor recently spoke about having a crush on Aniston, 52, making the theory about Swift’s new lyrics that much shadier.

“Oh yeah, it was torture,” Gyllenhaal teased on The Howard Stern Show in October of filming intimate scenes with the Friends alum for 2002’s The Good Girl. “But it was not torture. Come on, it was a mix of both.”