Woman, 33, who was forced to have a hysterectomy after being diagnosed with cervical cancer praises ‘selfless’ best friend who stepped in as a surrogate to have her baby son

A woman who was forced to have a hysterectomy after being diagnosed with cervical cancer has praised her ‘selfless’ best friend who stepped in to be her surrogate.

Jessica Thomas, from Atlanta, had her eggs frozen following the cancer treatment but failed to find a suitable surrogate until, in May 2019, her friend of 15 years Liz Gensheimer stepped in.

Jessica, now 33, and her husband Michael, 43, who are both band directors, welcomed son Ollie into the world on November 11, weighing 9lbs. 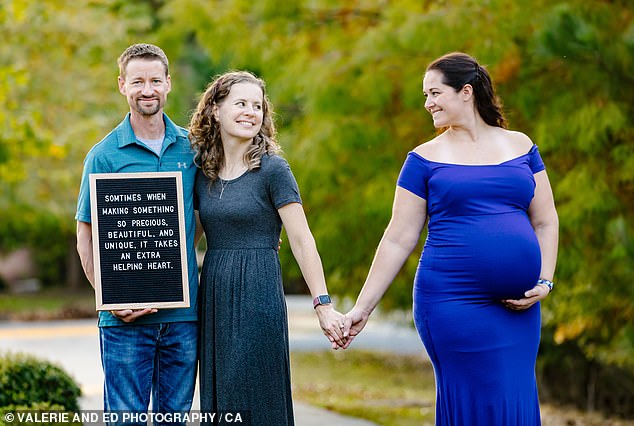 Jessica Thomas, from Atlanta, had her eggs frozen following the cancer treatment but failed to find a suitable surrogate until, in May 2019, her friend of 15 years Liz Gensheimer stepped in

She said: ‘I was devastated when I went for a check-up in December 2017 because we were trying for a baby for almost a year.

‘I never expected them to find anything but there was a visible tumour on my cervix.

‘It was 3cm big meaning radiotherapy wouldn’t work so my only option was a radical hysterectomy.

‘The chance of having a biological child was almost ripped away from me. 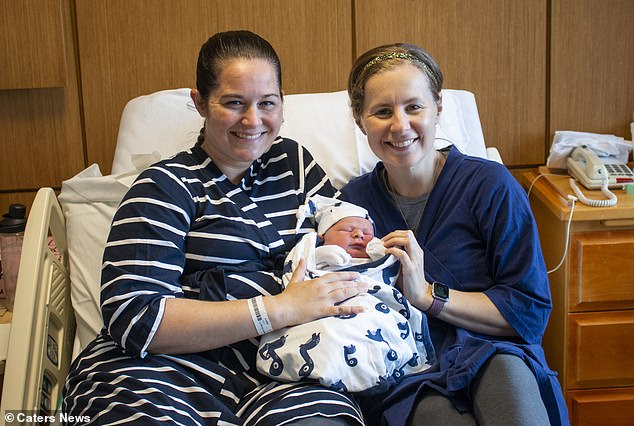 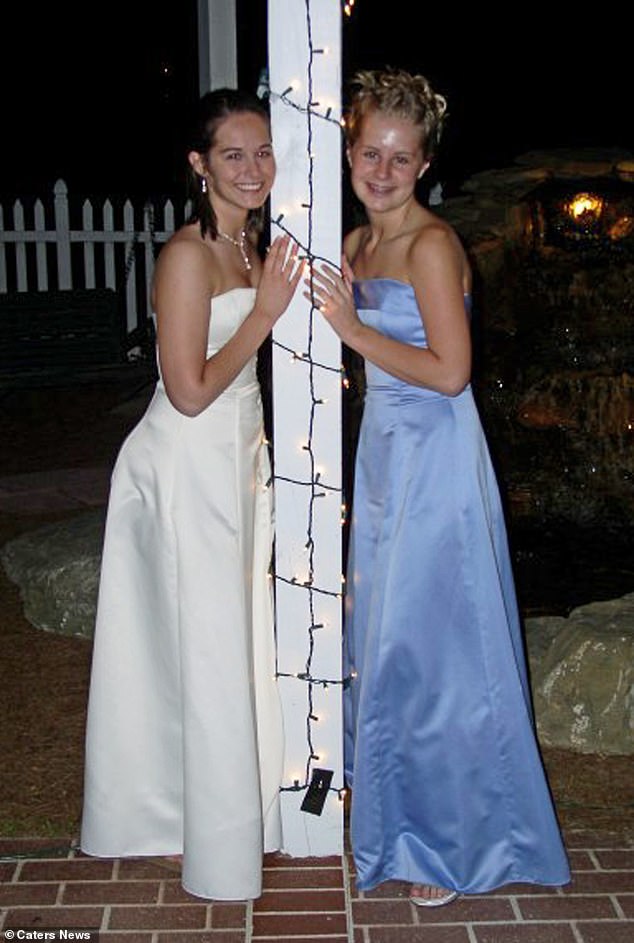 ‘We were heartbroken and so were our family and friends.

‘Liz was one of the first people I told – she was so sad for us and offered to help but she was trying for their second baby.’

The women have remained close friends since meeting at aged 18 at university.

They were in the same marching band, sorority and even honeymooned together in St. Lucia.

Liz, 33, said: ‘I was devastated for Jessica when I found out and mentioned being a surrogate for her when she mentioned a hysterectomy. 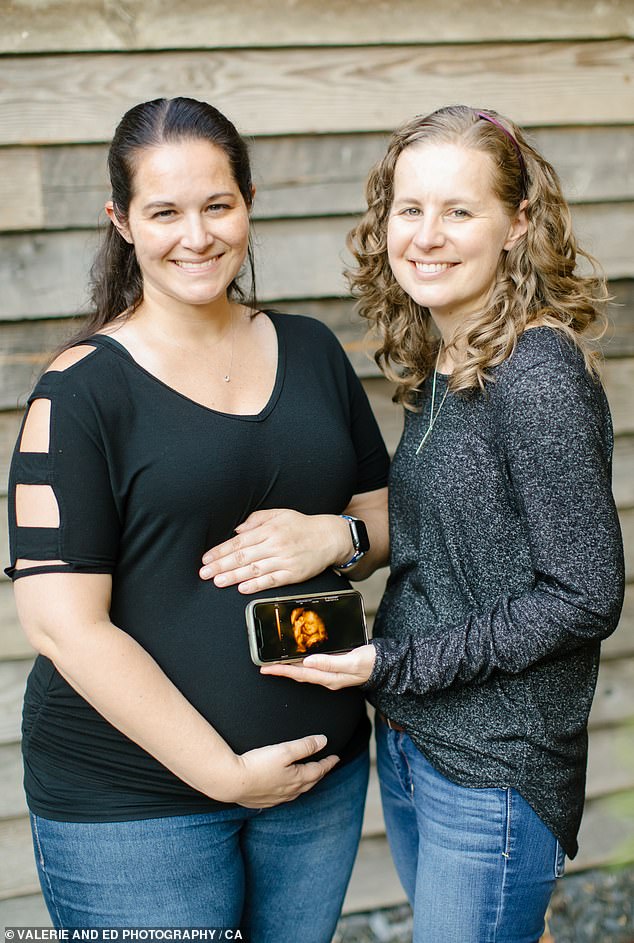 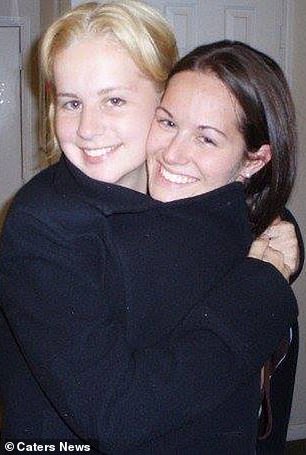 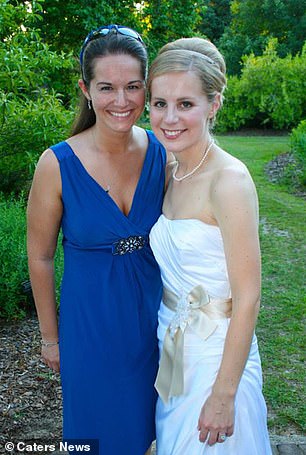 The friends of 15 years were in the same marching band and sorority. Pictured: Liz and Jessica at college (left) and on Jessica’s wedding day (right)

‘I did not push it though, at the time. I know she was looking at going through an agency and was hoping that everything would have gone much quicker.’

Jessica and her husband started the IVF process in January and had eight embryos frozen.

Her reproductive organs were removed but she was able to keep her ovaries.

Thankfully, cancer didn’t spread and Jessica was given the all-clear. 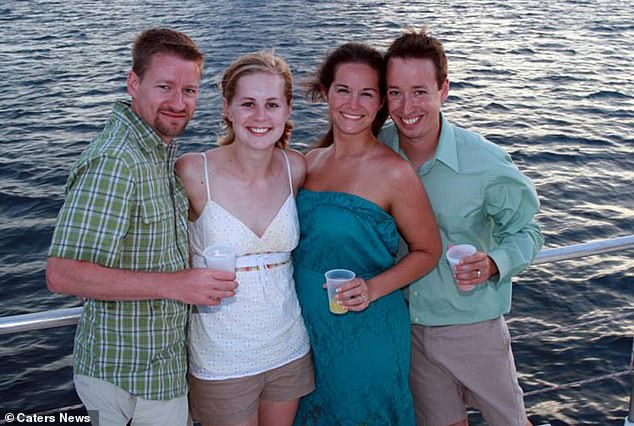 The pair even honeymooned together in St. Lucia. Pictured (left to right): Michael, Jessica, Liz and her husband Brian 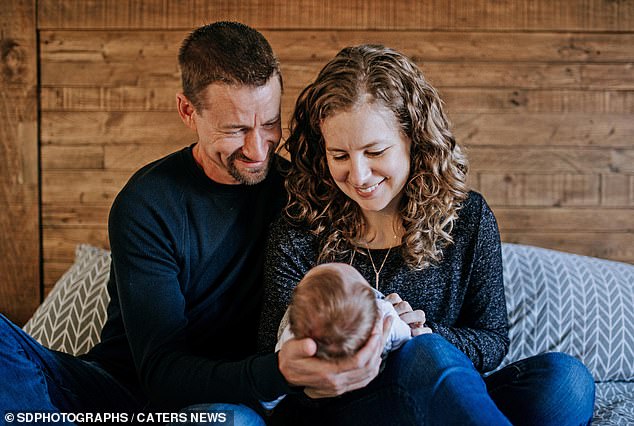 She said: ‘I had never thought about IVF or surrogacy before so it was a lot to take in during such a short period.

‘Within two months, the embryos were frozen ahead of the surgery in February.

‘It was a relief that cancer had gone but it was so hard for me to comprehend what I had been through.’

The couple started their search for a surrogate in April 2019 but after one year – they had no luck.

They failed to ‘click’ with potentials and were not able to meet other financial needs. 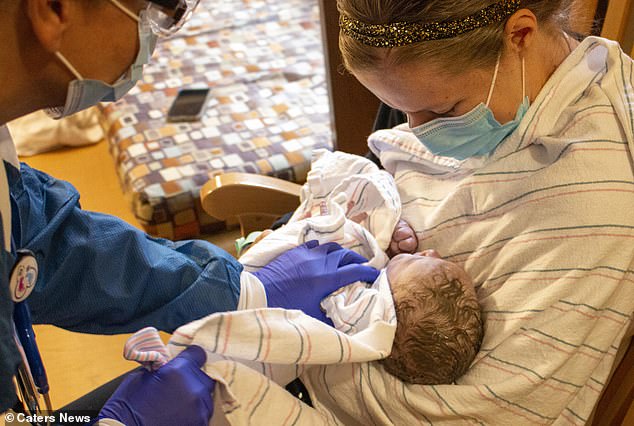 Jessica said: ‘The process was taken its toll on our mental health as it was much harder than we could ever imagine.

‘We had many people offer, but they couldn’t handle the uncomfortable conversations when it came down to money.

‘Until one day, Liz sat us down for breakfast and said, “When I’ve had my baby, I am having yours”.’

She stayed true to her word and started IVF for the couple just one month after giving birth in April 2019.

Jessica said: ‘I couldn’t imagine the journey going through anyone else.

‘I felt like I could be a lot more vulnerable and close to each other because we have been through so much together.’ 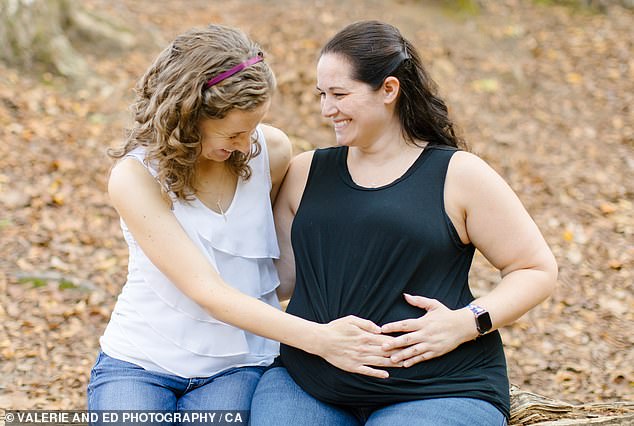 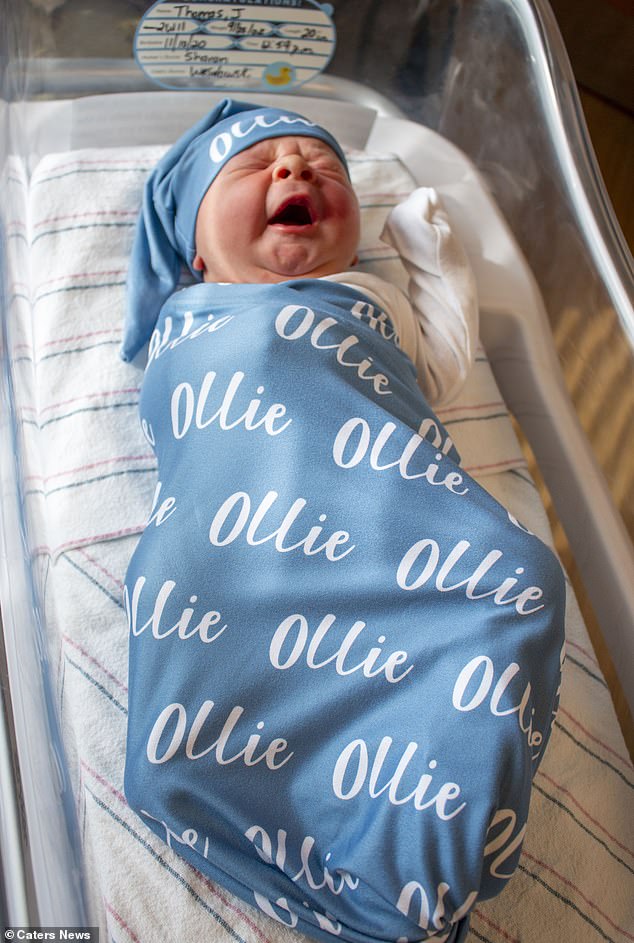 Liz had a smooth pregnancy but Jessica feared she would not be able to bond with the baby.

She said: ‘It was especially hard as we were separated due to the pandemic.

‘We’d go on walks with one another but I was never able to feel my baby kick.

‘Liz was amazing and always made me feel involved by sending me pictures, videos and calling with updates.’

Both parents were present during labour but Michael spent the duration in the toilet to respect Liz’s privacy.

She said: ‘The birth was surreal as half of the nine months we didn’t even believe we were parents as the bump wasn’t present.

‘Liz was a rockstar and made sure Ollie was passed straight to me.

‘The first thing I noticed was how big he was and I felt pretty bad for Liz. 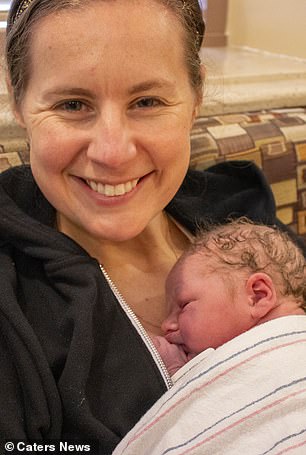 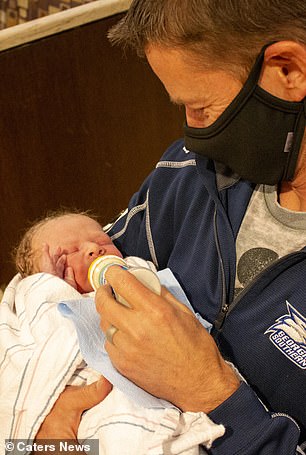 ‘He also had gorgeous curly hair. Our first cuddle was special and I instantly fell in love with him.

She said: ‘I look at them and think “I helped bring that life here”.

‘They are doing amazing as parents and I know that Ollie is thriving.

‘I feel like that is so weird to say, but I do love him more than just a “nephew”.

‘His parents fought and gave so much to have him and I hope that he will always know just how special and loved he is.’