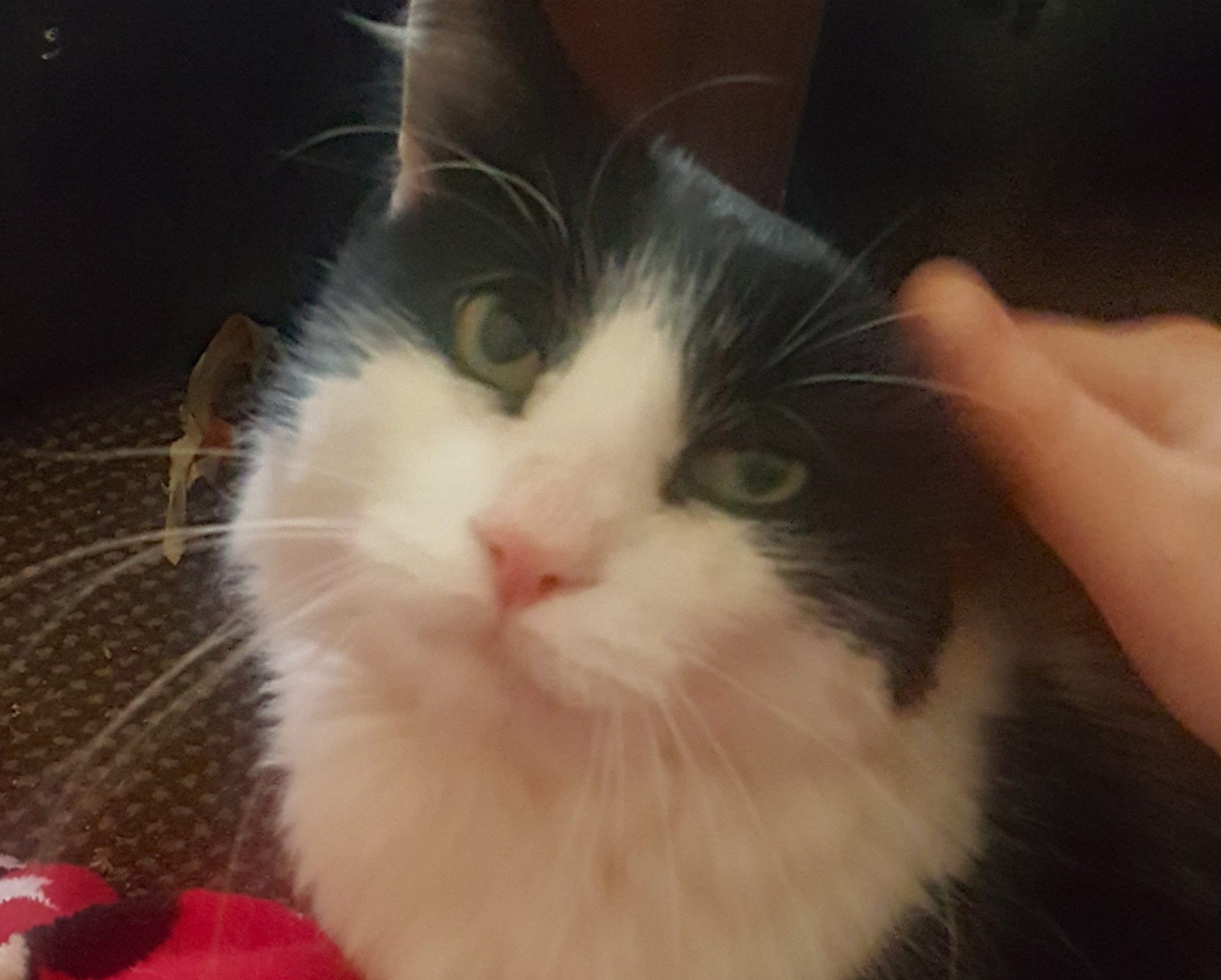 A woman from Merseyside said her ‘prayers had been answered’ after she was reunited with her cat almost seven years after he went missing.

Kelly Pomfret, from Aintree, was heartbroken when her two kittens, Simba and Buttons, disappeared from home in early 2015.

Buttons was sadly found dead soon afterwards, but the 33-year-old continued to put up posters around her town and appeal on social media in an effort to locate Simba.

She always held out hope he might be found, but it didn’t seem likely after all those years. However, microchip technology has now located the roaming feline, and he’s back home with Kelly.

Simba was taken in by Cats Protection earlier this year after the woman he had been living with in Liverpool died, with a scan of his microchip revealing his identity – and reconnecting him with Kelly.

‘I was so very happy and over the moon… my prayers had been answered; the hope and faith I had held on to for so long had paid off,’ she said.

‘I now have my baby home. Never stop looking and never stop praying because every so often miracles do happen.

‘I would also like to acknowledge the lady who looked after him for all these years, rest in peace.’

It’s not known whether the woman who’d taken in Simba knew he was a family cat, and he appeared to well looked after in the home.

In the time he was missing, Kelly adopted five other rescue cats, but said Simba still recognised her and has been making himself at home (again).

‘Simba has settled in really well, he never forgot me,’ said Kelly.

‘He has been very affectionate and even gets on with my dog, Prince.’

‘If there had been no chip, or the details were out of date, we would never have been able to reunite them.’

Thankfully Simba had been taken care of just a few miles from home, and that he’s found his original home once again.