Putting on my make-up one morning, I realised my blusher stick had run out. There was no product left in the Clinique crayon to twist up, so I assumed it was destined for the bin.

But for the next week I was too busy to buy more, so instead of throwing it away, I dug out the remaining product with my thumbnail. The process was messy and time-consuming, but it worked.

Four months on, there is still no sign of my blusher supply ending. The experience has left me wondering how much make-up we needlessly throw away simply because the packaging makes it difficult — or downright impossible — to extract.

It’s no secret the beauty world has a problem with waste. This year, environmental campaign Zero Waste Week found that an estimated 120 billion units of packaging are produced every year by the global cosmetics industry.

Between 20 per cent and 40 per cent of beauty products end up as waste — often because they either haven’t been used at all or constitute expired stock.

But what about the make-up we want to finish but can’t — and sometimes don’t even realise is there?

I decided to investigate, taking apart the packaging of several popular cosmetics to find out precisely how much we’re leaving behind.

I used miniature silicone spatulas, sharp knives, a hammer and pliers to remove the waste, before weighing it with sensitive scales and laboratory measuring jugs — and I found some shocking results . . . 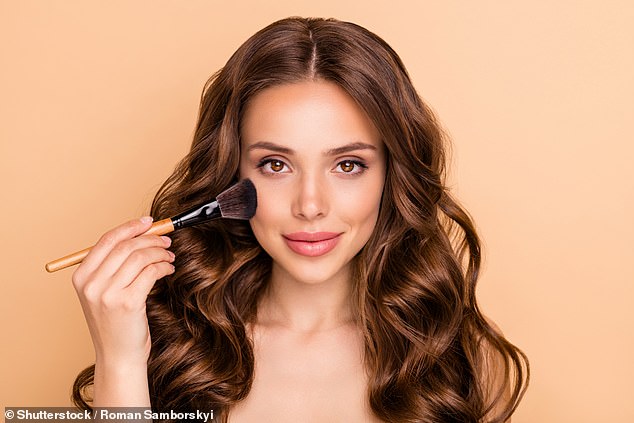 Four months on, there is still no sign of my blusher supply ending. The experience has left me wondering how much make-up we needlessly throw away simply because the packaging makes it difficult — or downright impossible — to extract. I decided to investigate the packaging of several popular cosmetics (File image)

What is it: A twist-up blusher in a chunky, 21mm-diameter tube.

MEASURING PROCESS: I cut horizontally along the tube and prised the remaining, otherwise hidden, cosmetic out with a knife. The ‘usable’ length of the blusher weighs 4.69g and is 24mm long. The part left in the applicator base is 13mm long and weighs 1.89g.

VERDICT: The unique selling point of crayon cosmetics, which you use to draw directly on to the skin, is their convenience, but so much can be wasted in the process. Scraping blusher out with my nail takes longer and makes it more difficult to apply precisely. The high price makes the waste even less justifiable; you lose 29 per cent of the product, the equivalent of around £6.50.

The unique selling point of crayon cosmetics, which you use to draw directly on to the skin, is their convenience, but so much can be wasted in the process.

What is it: Five eyeshadow colours in individual palettes in a 56mm x 54mm compact.

MEASURING PROCESS: I’ve only worn the lightest brown shade in this compact (wasteful, I know) but the sponge applicator provided is far too big to pick up the remainder of the powder around the sides. An unused shadow in this palette weighs 0.77g and the remaining shadow I extract with a knife weighs 0.35g.

VERDICT: I could have bought a smaller brush to get to the remaining product, but I wouldn’t have been able to load it up enough to apply it effectively. I also didn’t realise that, by leaving product around the sides, I’ve been throwing away nearly half the contents.

What is it: Mascara with a curved wand in a tube that is slightly indented in the middle.

MEASURING PROCESS: After five months of near-daily use, my wand is bringing out hardly any mascara. I remove the inner plastic rim at the top of the tube, which gives me space to insert a small silicone spatula and take out 2.13 ml of mascara — from a total volume of 6.5ml.

VERDICT: I am astonished by how much mascara comes out — almost £10 worth. Then I realise the wand stops 7mm short of the base of the tube (which I discover by smashing the base open with a hammer).

Because mascara is a paste rather than a liquid, even turning the tube upside down wouldn’t help you reach the leftover third, so it all goes to waste.

I am astonished by how much mascara comes out — almost £10 worth. Then I realise the wand stops 7mm short of the base of the tube (which I discover by smashing the base open with a hammer)

What is it: A conventional twist-up lipstick.

MEASURING PROCESS: I twist up the lipstick as far as it will go and cut it flat at the base. After prising out the part encased in the applicator by using a knife, I measure and weigh it.

VERDICT: My mother’s generation would have extracted the hidden part of the lipstick with a lip brush, but nowadays, no one I know owns one. Perhaps, given we stand to lose a quarter of the product, it’s time to take a leaf out of our parents’ book.

What is it: A liquid base in a glass container with a pump dispenser.

MEASURING PROCESS: I pump out 25ml of product, although the final 3ml comes out in fits and starts and requires me to tilt the container. I then unscrew the pump and use a spatula to extricate the remaining foundation — it measures 5ml.

VERDICT: Because the pump picks up foundation via an inflexible tube in the centre of the container, it’s perhaps unsurprising that it fails to dispense all the product at the sides. Yes, you could unscrew the lid and use a spatula every day to apply the remainder, but it would be messy.

The appeal of a pump, after all, is convenience and hygiene.

What is it: An under-eye twist-up liquid concealer pen with a sponge-tip applicator.

MEASURING PROCESS: I twist the pen at the base to empty as much of the concealer as I can through the sponge applicator, which amounts to 4.2 ml.

Because the packaging is transparent, I can see when the plate beneath the product has nearly reached the top of the pen, by which stage there is only around a 1mm strip of concealer left.

I have to prise off the top part of the packaging with pliers, and the scrap is so tiny it doesn’t register on the scales.

VERDICT: A well-designed product that proves twist-up cosmetics don’t have to be wasteful.

HOW TO EKE OUT EVERY LAST DROP

1. Re-press eyeshadows and powders that have been used in the centre, so they cover the whole of the palette again.

Crush the powders with tweezers, then turn it into a paste by adding a few drops of surgical spirit — a disinfectant made of either isopropyl alcohol or an ethanol-based liquid and available in super- markets and pharmacies.

Press the paste uniformly into the container and leave to set. The alcohol evaporates as it dries, although it might still prove drying to sensitive skin.

2. Scrape the insides of tubes and jars with miniature make-up spatulas (£7.99 for six, amazon.co.uk). 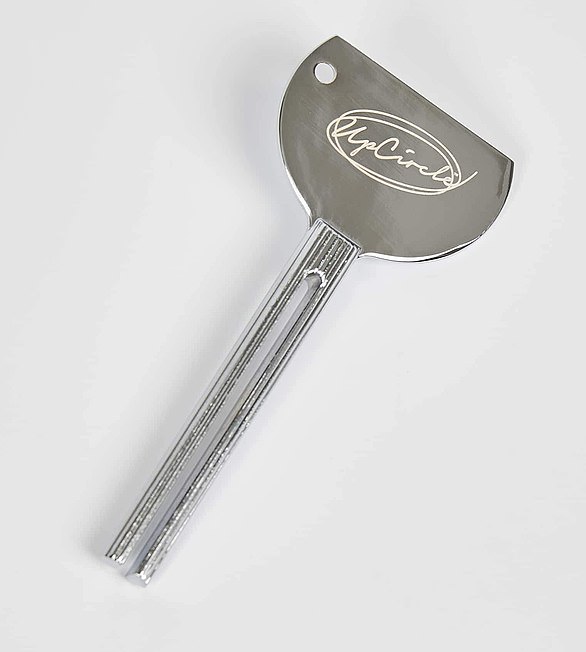 4. Loosen mascara to make it easier to extract by placing the tube in a mug of hot water, then turning it upside down before use. This tip also works for nearly empty nail varnish pots.

5. Buy an empty lipstick palette (£9.99 for four, amazon.co.uk) or use an old eyeshadow one to store lipstick when you can no longer apply it from the tube.