Fernando Alonso was lucky to avoid major injury after being involved in a huge crash that saw his car launched into the air at the United States Grand Prix on Sunday.

The Spaniard hit the back of Lance Stroll midway through the race in Austin, Texas, and saw his Alpine fly up and over the left-rear wheels of his rival.

A scary situation then unfolded as Alonso, 41, flew towards the barrier with both of his front wheels in the air, trying in vain to steer away from the barriers. 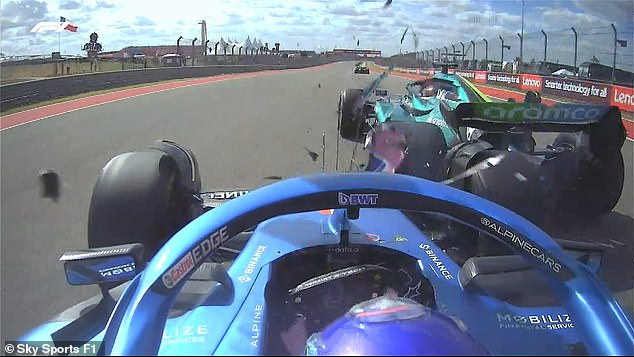 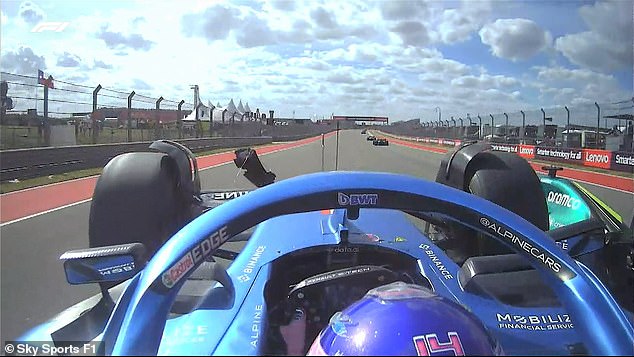 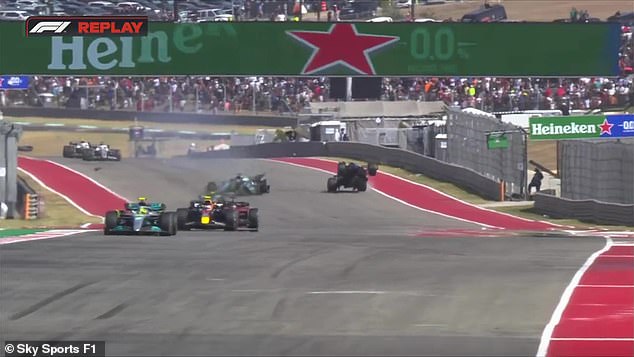 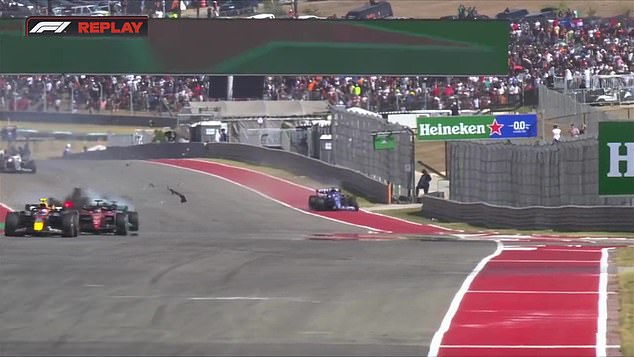 Thankfully, he just managed to land and avoid serious injury by steering away from the wall

Thankfully, his car landed just before he reached the wall and he was able to avoid serious injury and drive away from the incident.

It was the end of the race for Stroll in his Aston Martin, while somehow Alonso managed to limp his way back to the pits to repair his car.

While it appeared immediately that a red flag would be waved, marshals were able to get onto the track and clear both Stroll’s car and the debris without stopping the race.

The incident came as a huge shock to the hundreds of thousands of fans in attendance in Austin, Texas on Sunday, who had turned up in their droves to post a record crowd. 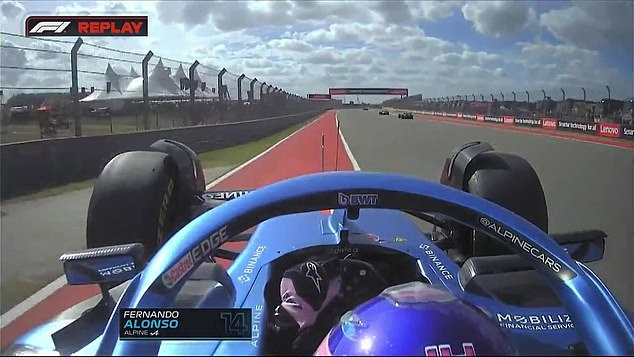 Alonso’s car landed just before the barriers, allowing him to quickly steer away from danger 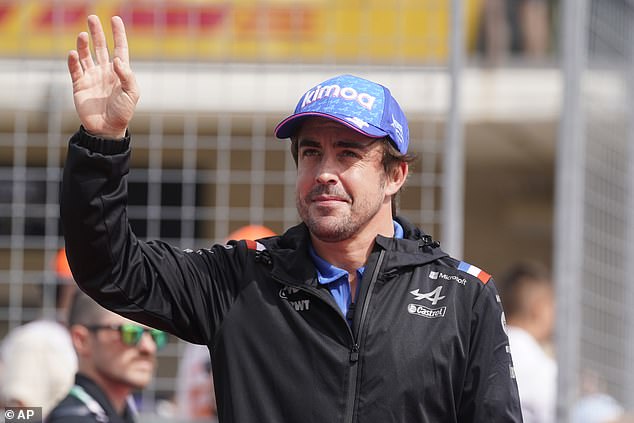 The 41-year-old Spaniard, pictured before the race, was able to carry on and avoid retirement 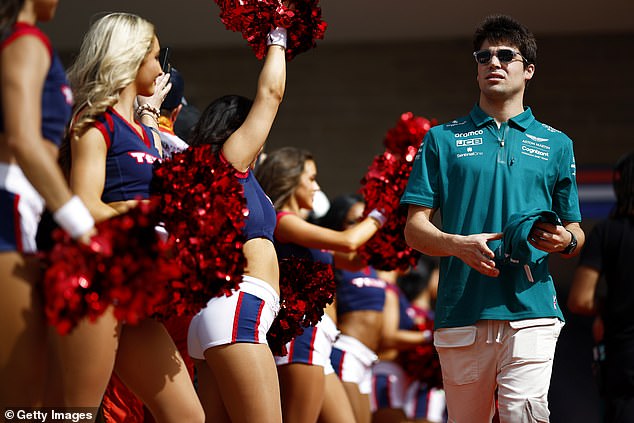 Stroll, though, was forced out of the United States Grand Prix, with his car unrepairable

Over the three days of practice, qualifying and the race, 440,000 descended on the Circuit of the Americas as F1’s popularity continues to skyrocket in the USA.

There was also drama earlier in the race when pole-sitter Carlos Sainz was spun off the track on the very first corner, plummeting him from first to last in seconds.

He was forced to retire from the race, handing world champion Max Verstappen the lead ahead of rival Lewis Hamilton.