ARSENAL striker Eddie Nketiah will miss Sunday's North London derby after the Gunners' appeal against his red card vs Leicester was turned down.

Mikel Arteta's side tried to fight the three-match suspension, believing that the 21-year-old's dismissal against the Foxes was unfair. 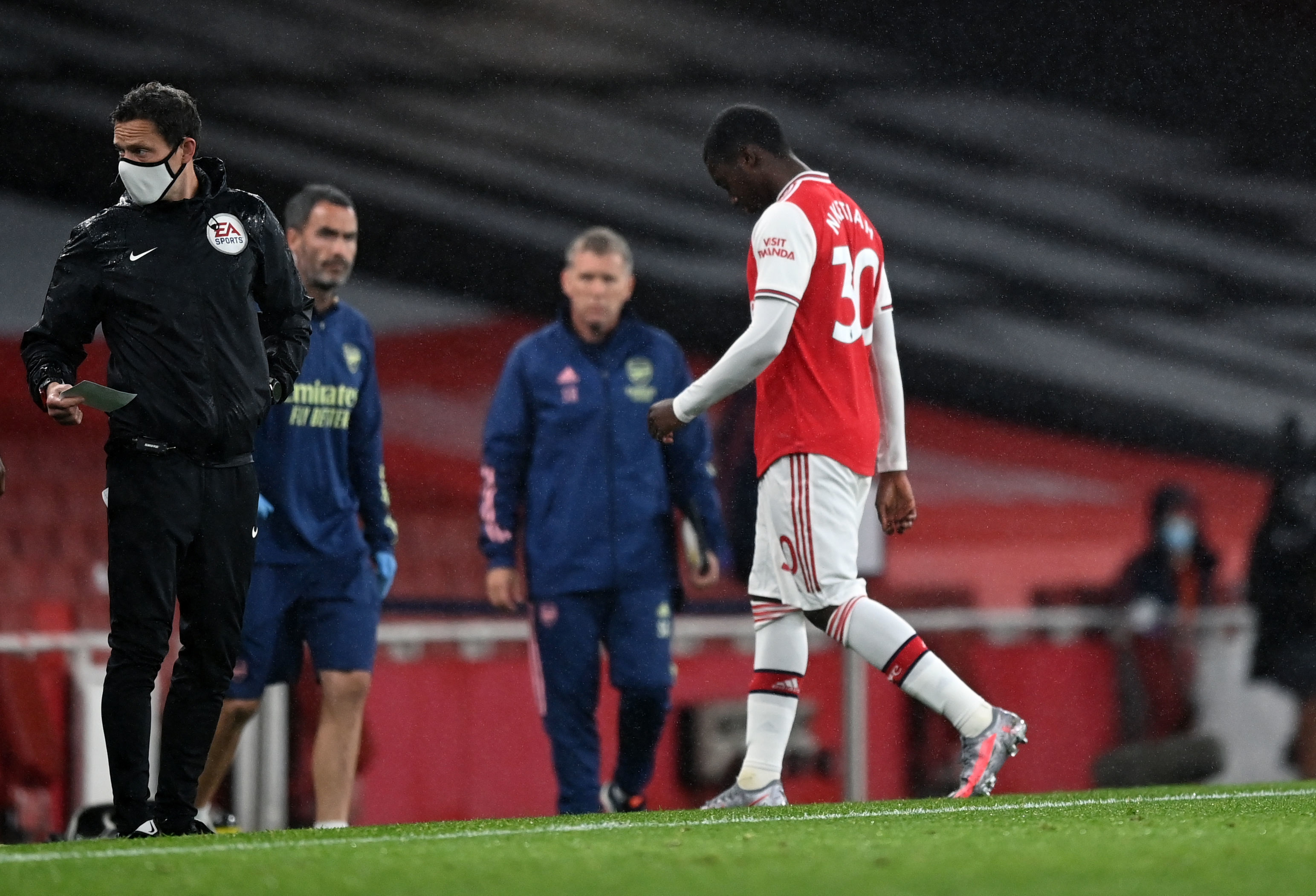 But they have failed in their appeal, with the forward's ban being upheld.

This means that he will miss upcoming matches against Tottenham Hotspur, Liverpool and Manchester City.

Nketiah had only been on the field for four minutes when he was given his marching orders, having not even touched the ball.

Amid initial confusion, the England youth international was eventually dismissed for his high challenge on James Justin following a lengthy VAR consultation.

Arteta was left furious after the match, lamenting the decision to send his man off while Jamie Vardy escaped punishment for catching Shkodran Mustafi in the face with his boot on the stroke of half-time during the 1-1 encounter.

And the Spaniard's sour mood can't have been helped when it was Vardy who equalised for Brendan Rodgers' side with just six minutes left on the clock.

Arteta, 38, said after the match: "The red card, he [Eddie] cannot see the player and didn't want to hurt anybody. You have to understand he is a young kid.

"It can be a red card but Leicester have to play for ten men after 42 minutes. For one challenge between the 40 and 45 minutes.