ARSENAL nicked a dramatic 2-2 draw at home to Crystal Palace as Gunners legend Patrick Vieira returned to the club as a manager for the first time.

Thomas Partey's sloppy mistake handed Palace a second-half equaliser while Pierre-Emerick Aubameyang led by example from the front with his goal and energetic pressing. 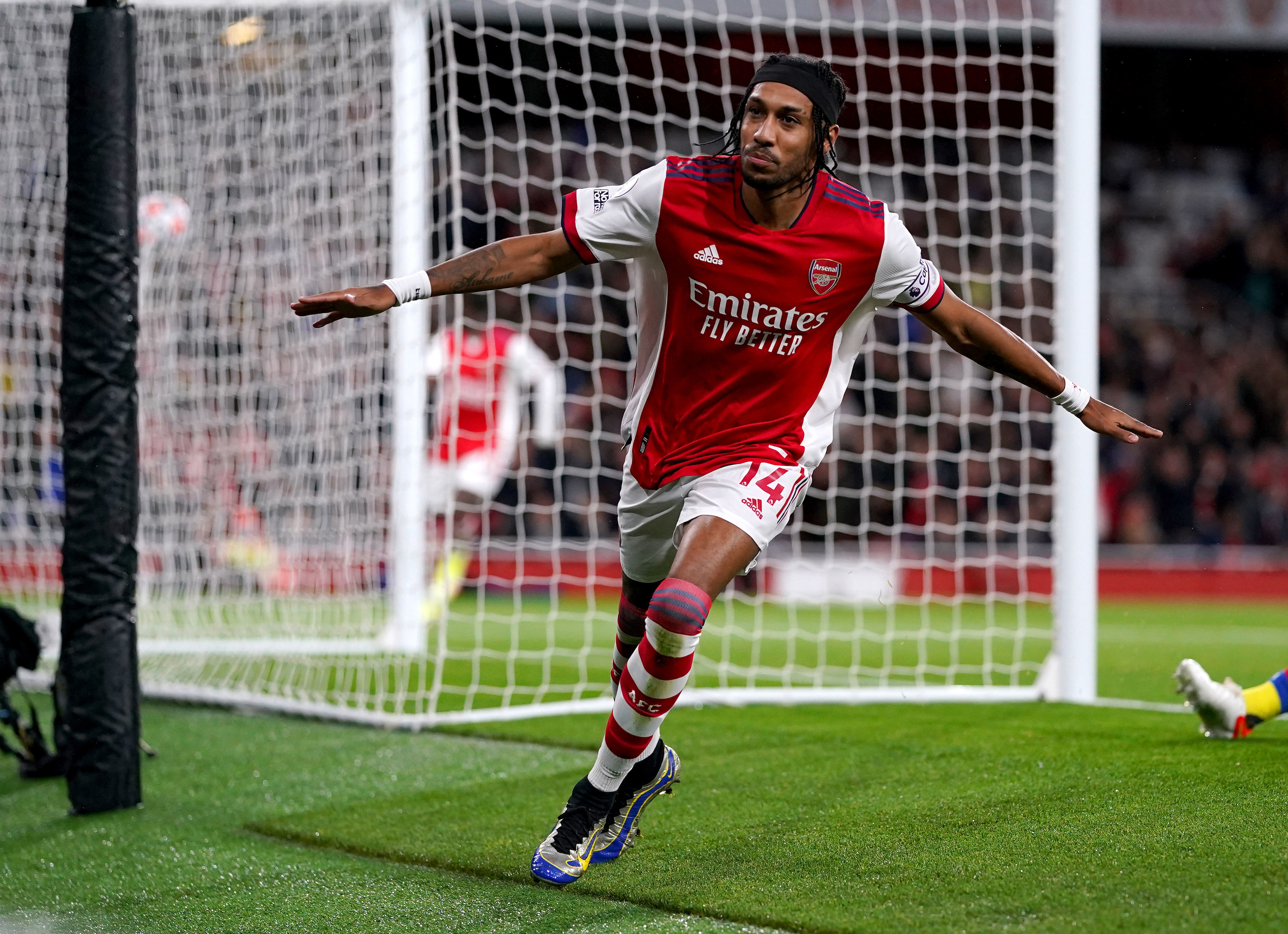 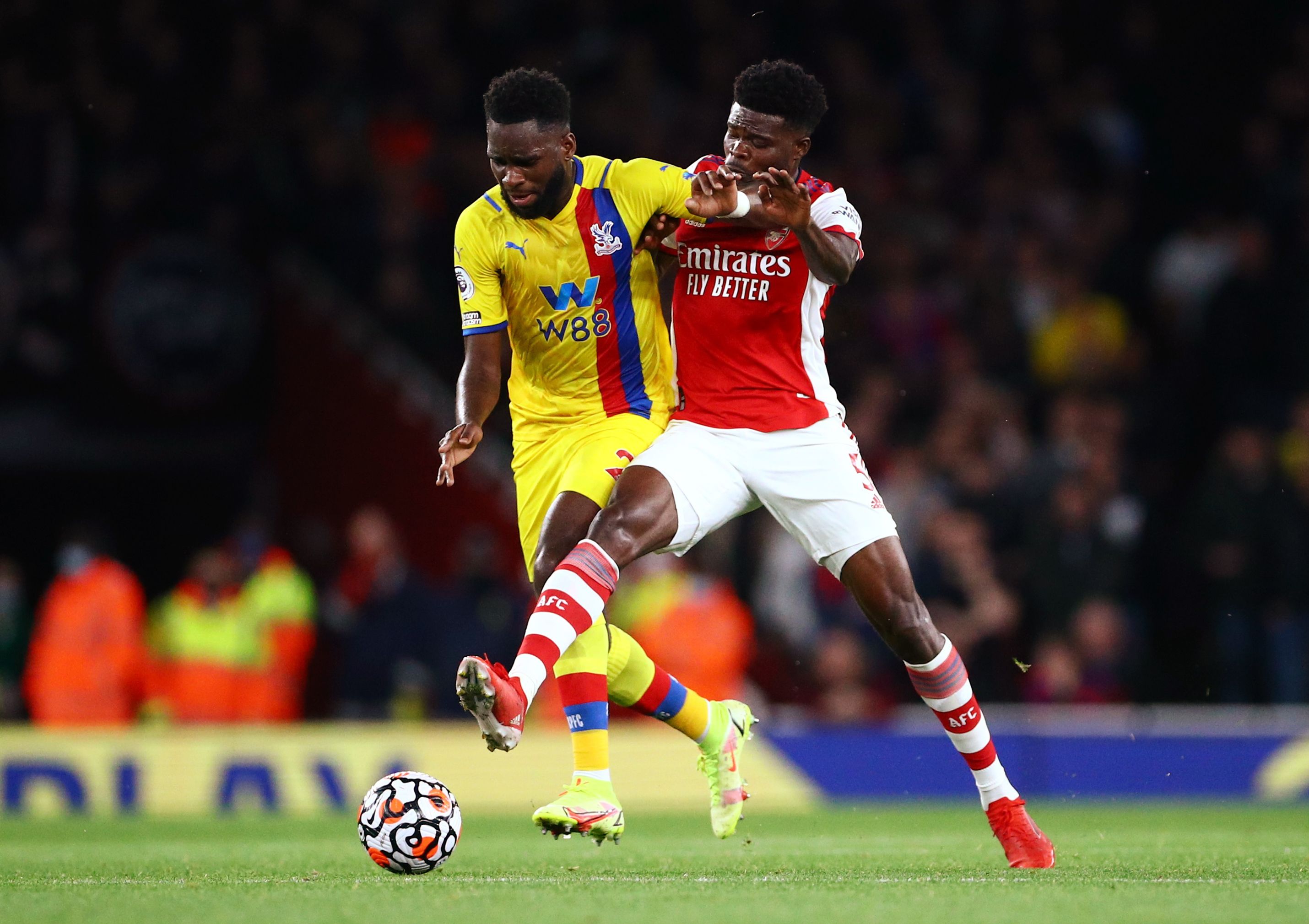 Aubameyang got the Gunners off to a perfect start as he scored from a tight angle after Nicolas Pepe's ninth minute effort was parried into his path by Vicente Guaita.

But the North Londoners only had themselves to blame for squandering their one-goal half-time lead as Partey and Albert Sambi-Lokonga both dropped huge clangers to hand Vieira two welcome home presents.

Lokonga was then dispossessed by Conor Gallagher and Odsonne Edouard fired in off the bar to make it 2-1.

But Vieira's fairytale return was ruined in the dying seconds as Alexandre Lacazette slammed home after a high ball into the box fell into his path.

And here's what SunSport's William Pugh thought of the Gunners' individual performances. 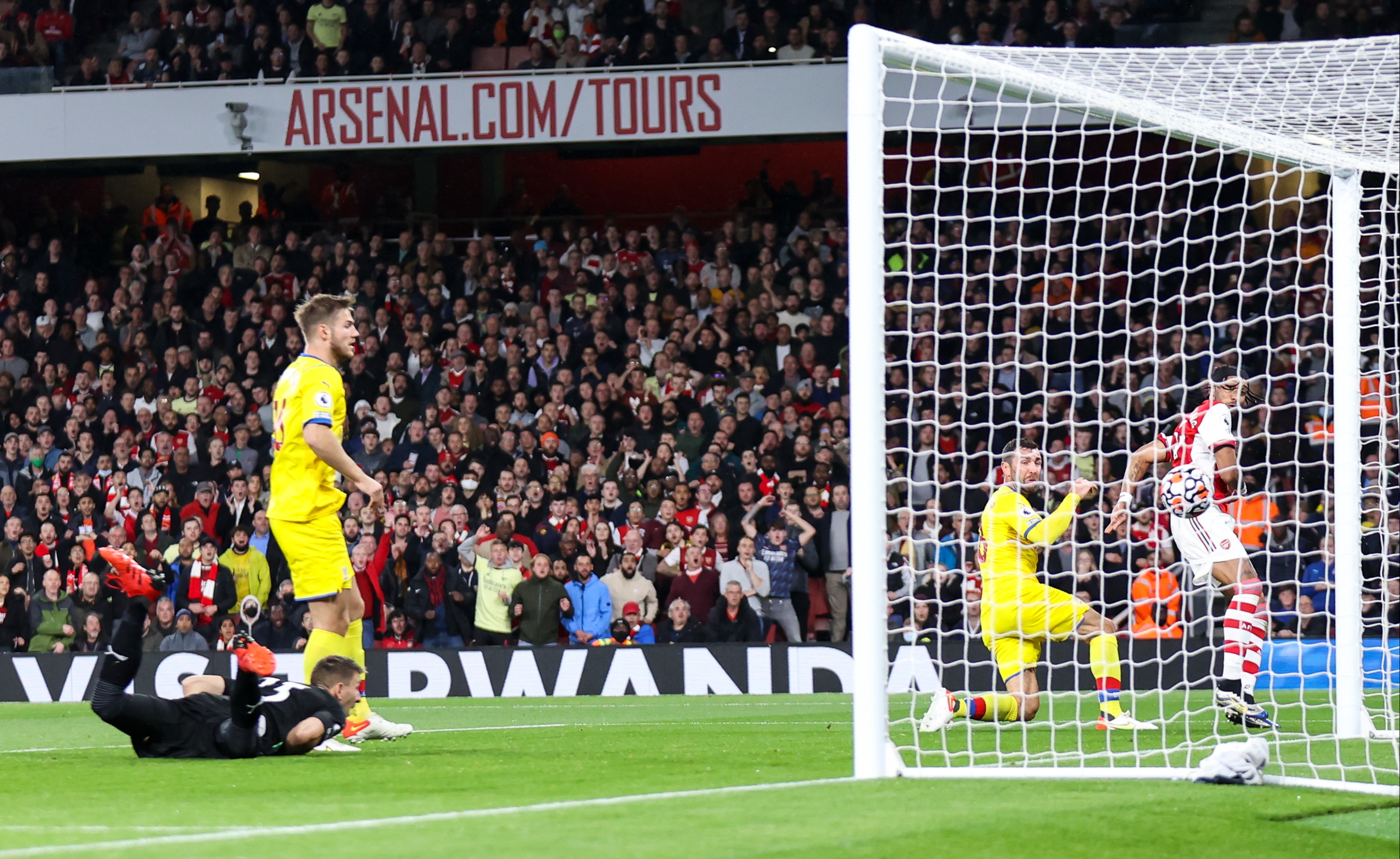 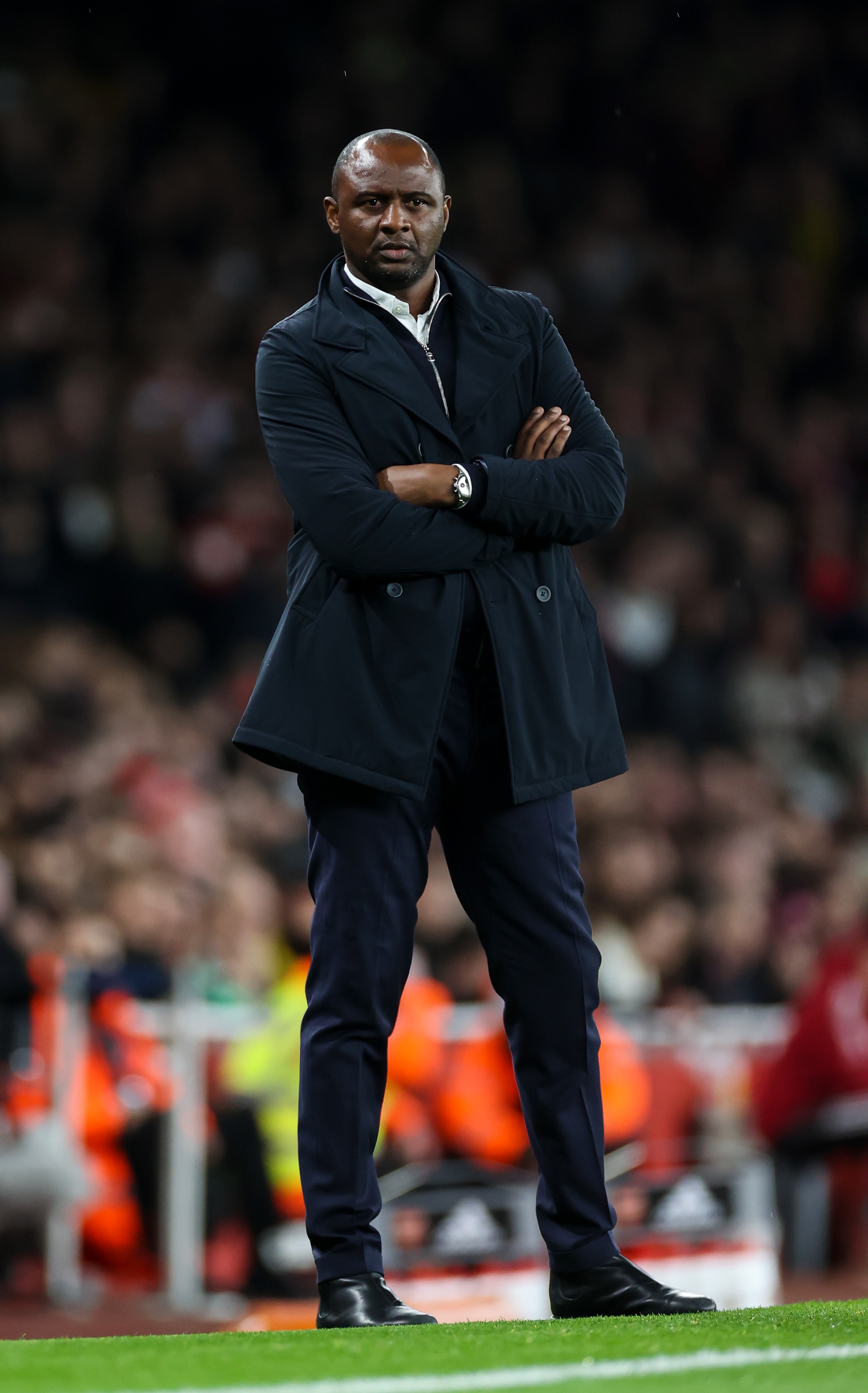 Solid stop from Benteke in the first-half and was called on twice more before the break.

Saved well from James McArthur from close range before he knew the midfielder was offside. And kept Gallagher's long-range volley out with a flying save on the stroke of half-time.

Did well to tip Ayew's ferocious effort over after the break.

Hard to criticise him for either goal. Decent evening's work.

Tidy one-two with Nicolas Pepe in the build up to Arsenal's early opener.

Fed Partey an iffy ball in a difficult position in the build up to Palace's equaliser but the Ghanaian should have done better.

Major improvement on his Brighton performance.

Neat and tidy enough on and off the ball throughout.

But backed off Edouard in the build up to the striker making it 2-1 to Palace. 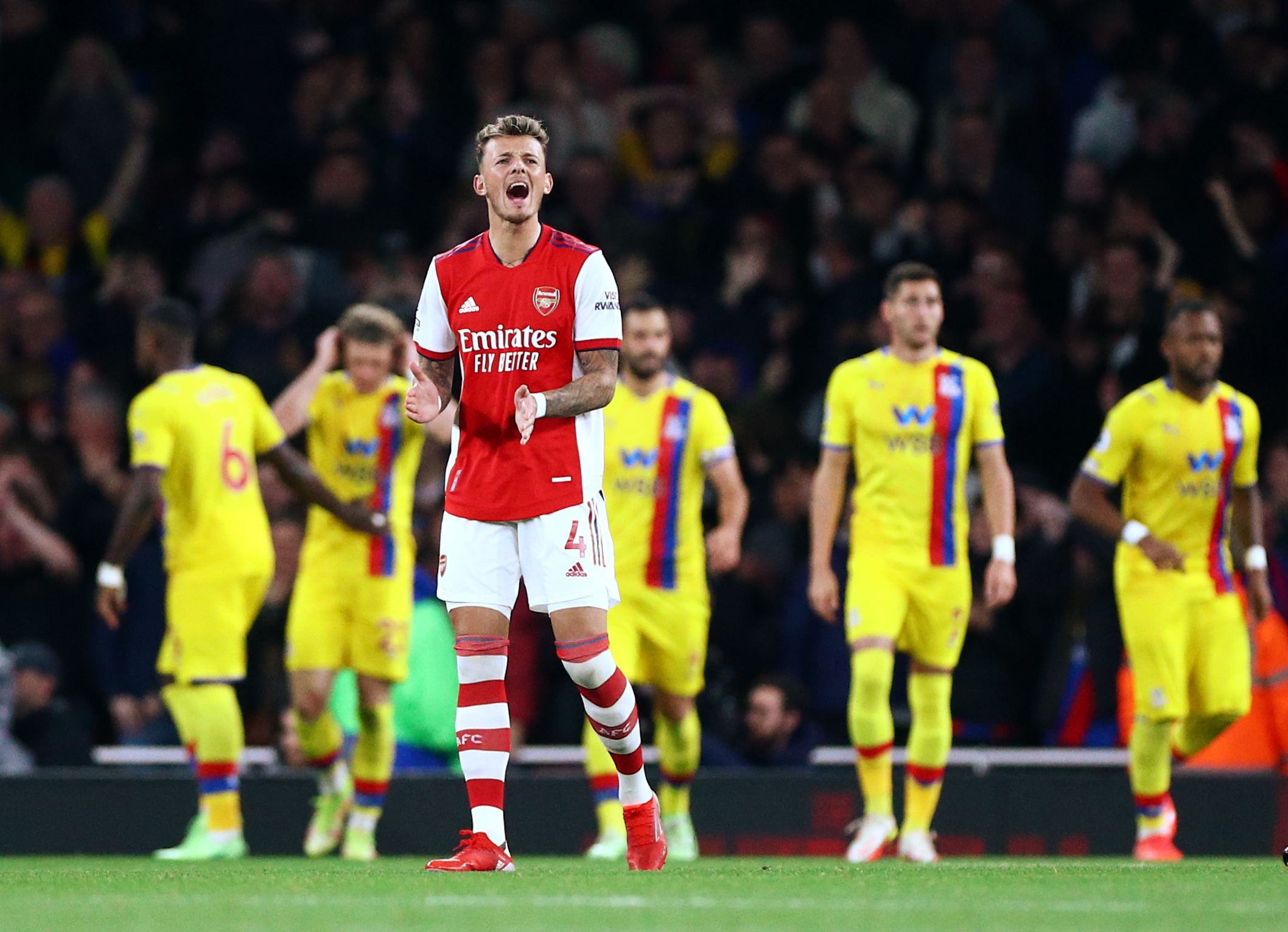 Left for dead by Benteke as the striker skipped past him to draw Palace level.

Looked generally off the pace and flat footed and could have done better with both goals.

Uneventful evening. Didn't offer much going forward until he smashed a potential equaliser off the bar at the death.

Solid at the back as Palace struggled to have any joy down his flank.

Outmuscled on occasion in the first-half as Palace broke through the middle.

Continued with his determined efforts to score his first Arsenal goal from at least 30 yards out by fizzing wild shots in from all kinds of distances.

Came closest at the beginning of the second-half as a curling right-footed effort whizzed just past the post.

Dropped a clanger moments later as he dithered inside his own half and was dispossessed by Ayew who fed Benteke to draw Palace level. 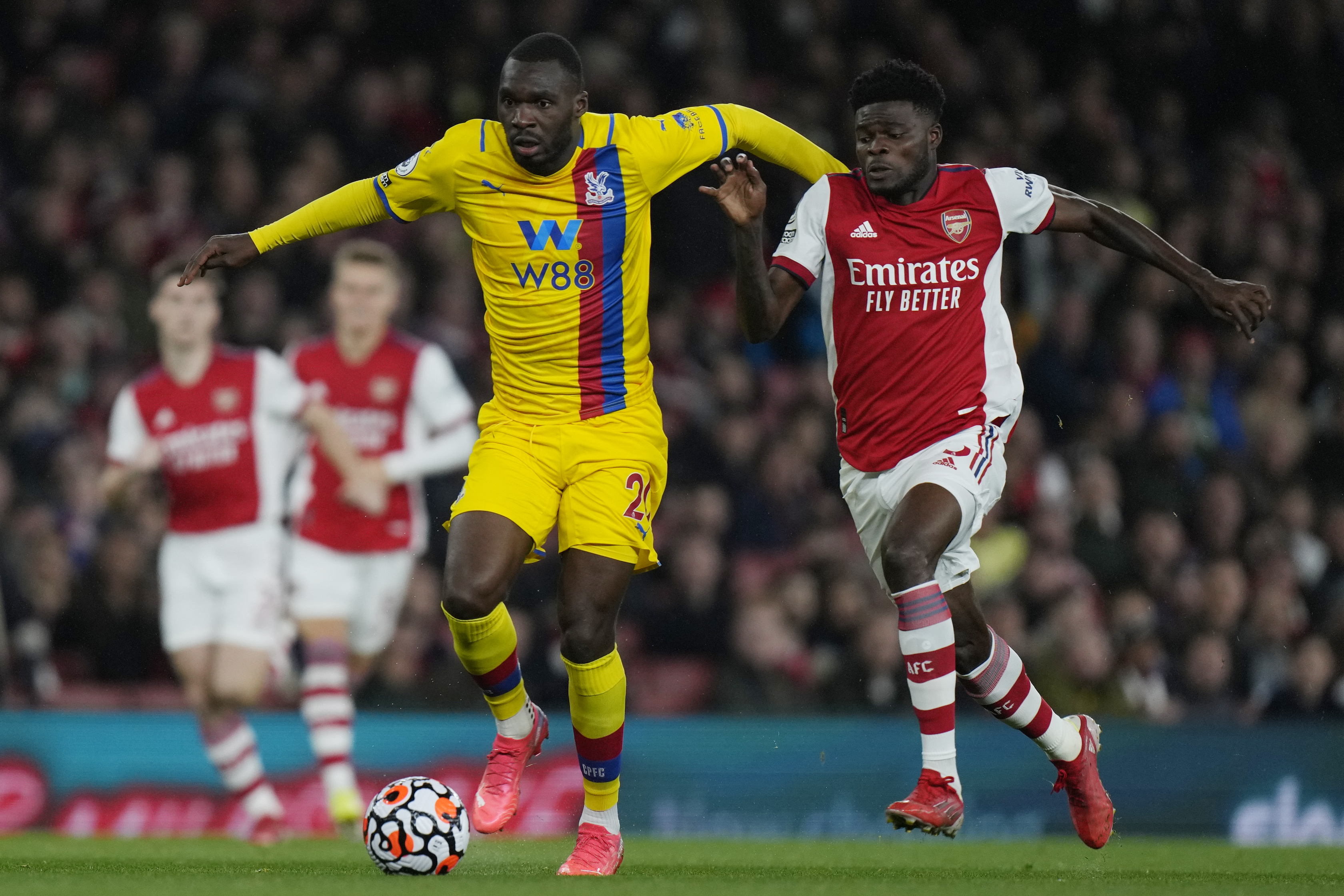 Played in an unfamiliar deeper role in the first-half and was fairly quiet.

Moved up when Lokonga replaced Saka at half-time but was subbed off soon after. Quiet night.

His bending left-foot effort was parried into Aubameyang's path by Vicente Guita.

Looked his usual frustrating self but did swing in the ball which Lacazette eventually scored from at the death.

Superb at helping the Gunners transition from defence to attack with lung-busting runs.

But overall a little blunt in attack. 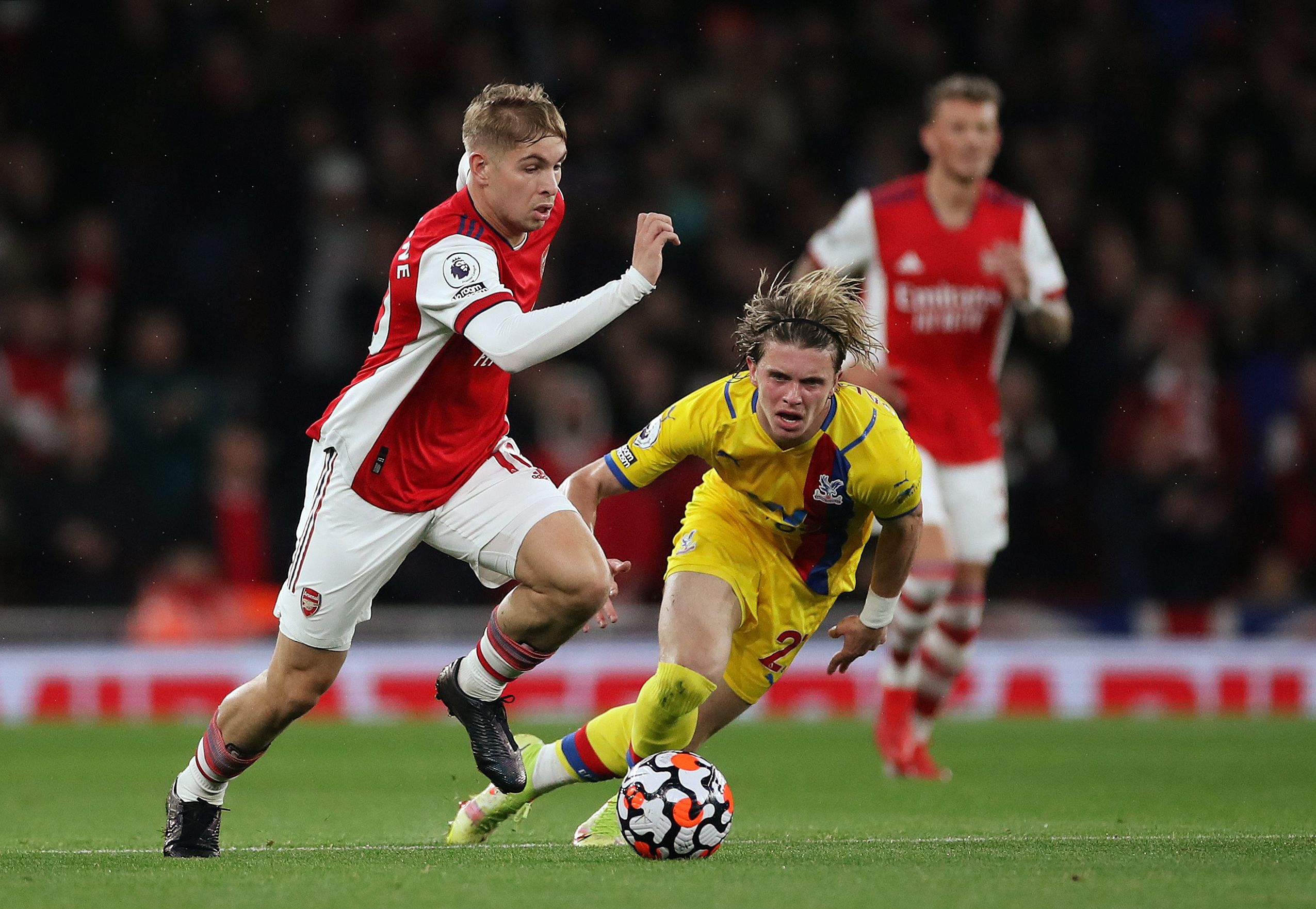 Booked for a cynical foul on Jordan Ayew at the end of the first-half before being volleyed in the leg by James McArthur just moments later.

He received treatment, made it to half-time but did not return for the second period.

On his toes to divert Pepe's parried effort back into the empty net from a tight angle.

Cute through ball to play Lacazette through on goal after the Frenchman's introduction. Decent captain's performance. 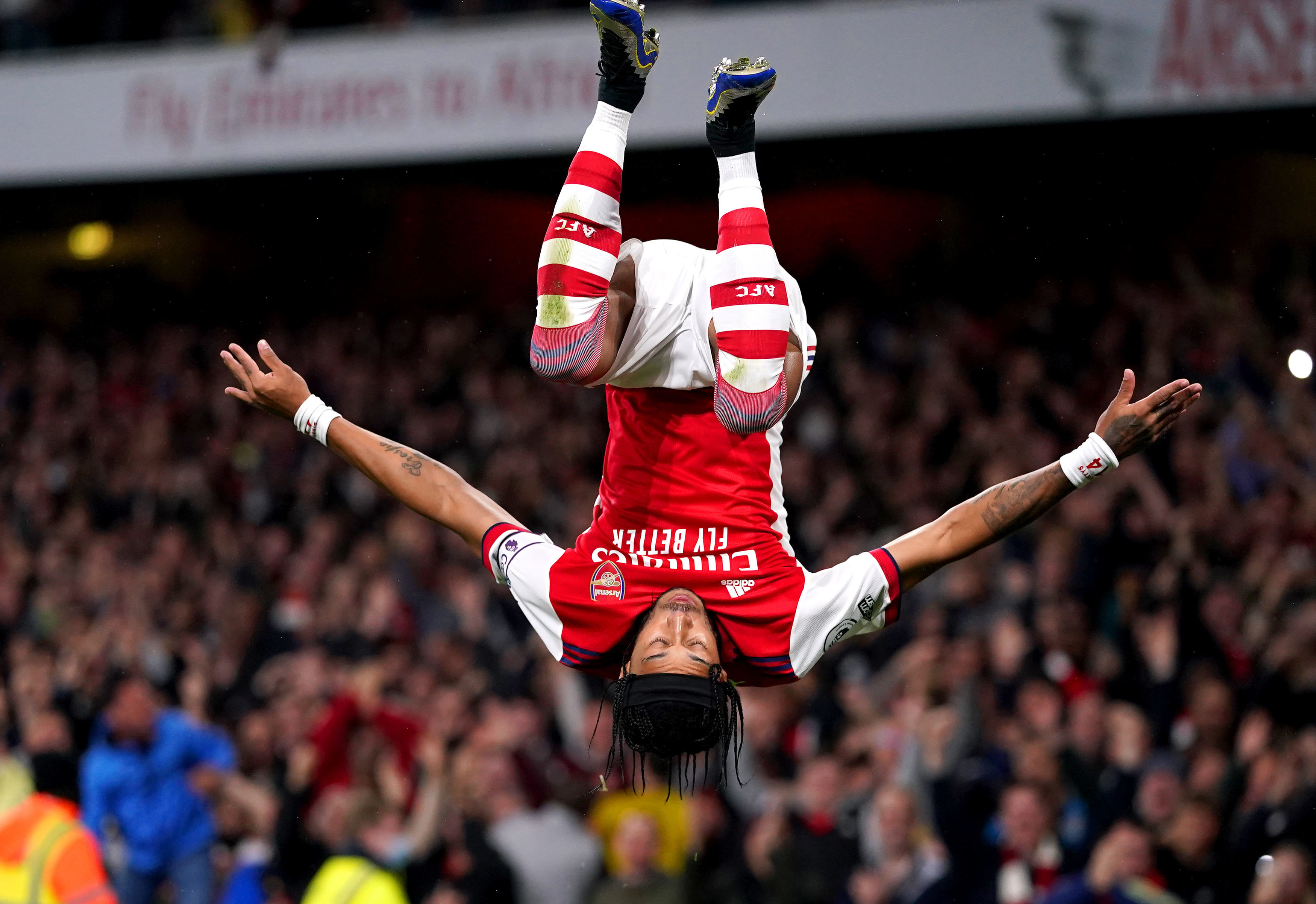 Sloppy in possession and allowed Gallagher to nick it off him and spring the attack which led to Palace's second.

High energy showing after coming off the bench.

Geed the crowd up and was unlucky not to see his bending right-footed effort hit the net shortly after coming on.

Thumped home the late equaliser after it fell fortunately into his path at the death.

Injected some much needed energy into Arsenal's attack which eventually saw them nick a point. 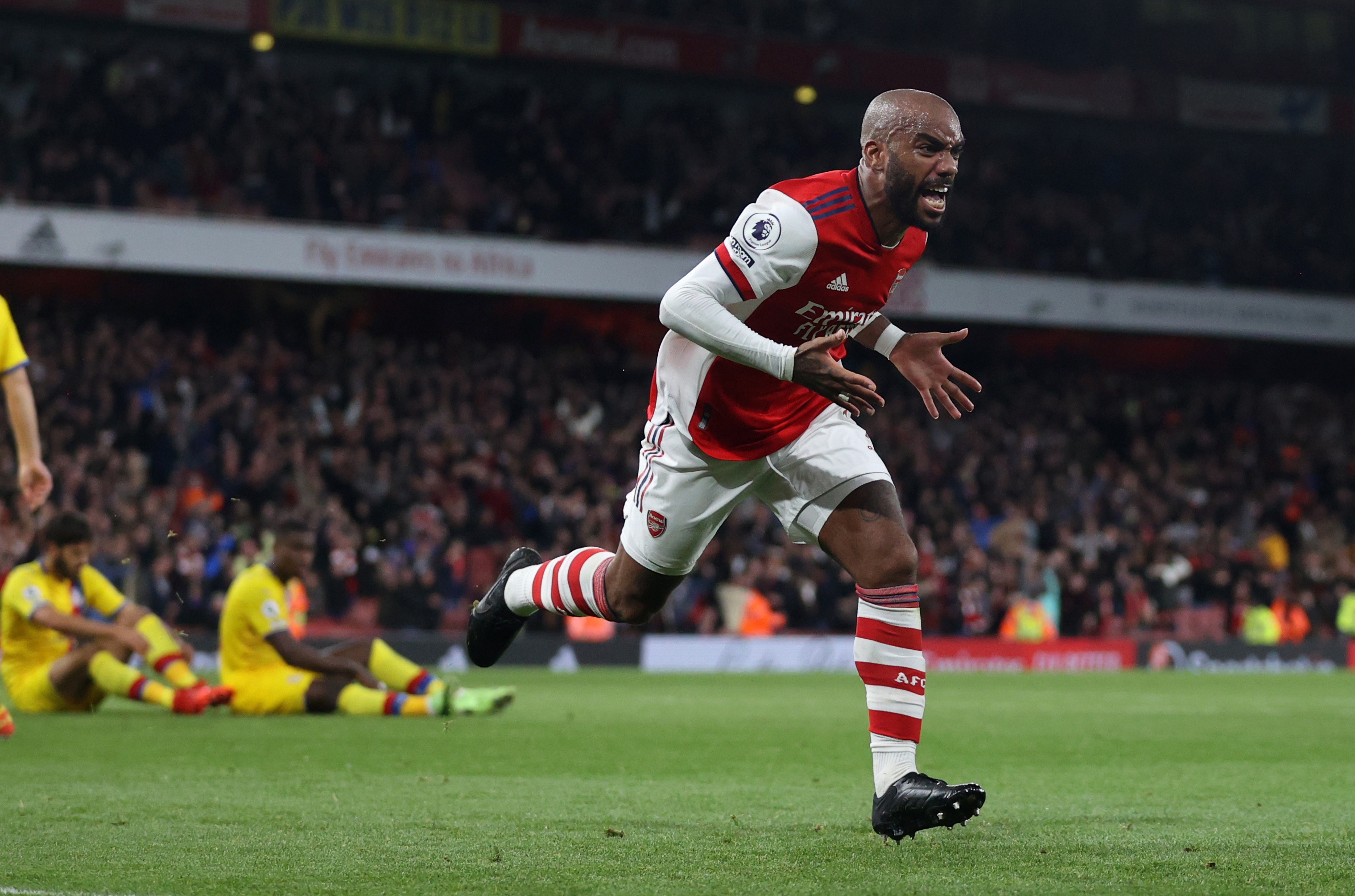