EMILE SMITH ROWE scored once and notched an assist in Arsenal's 3-0 North London derby win against Tottenham and Sunday.

And he did so wearing plain, blacked out boots, with the 21-year-old Arsenal man currently not having a sponsor. 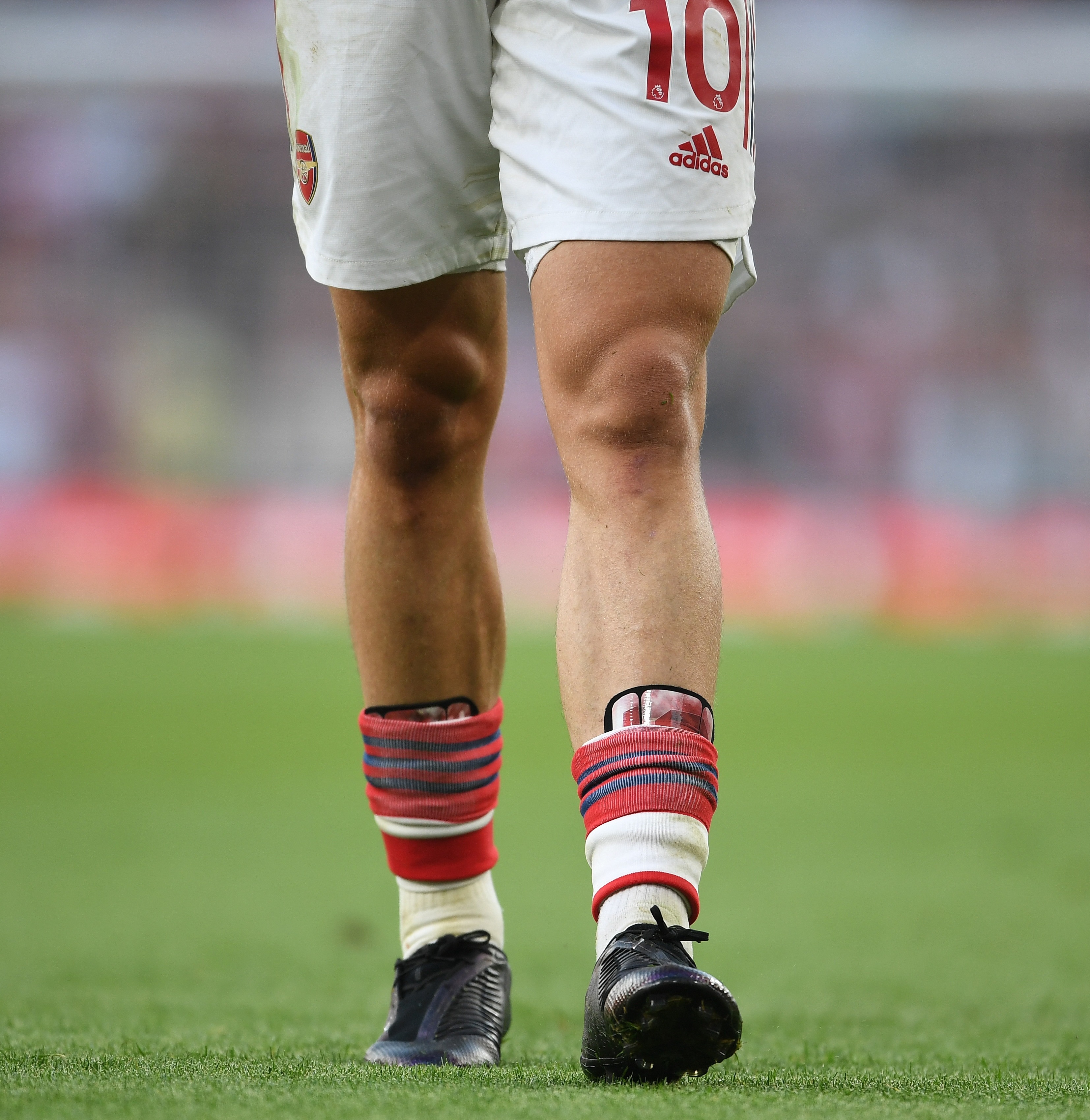 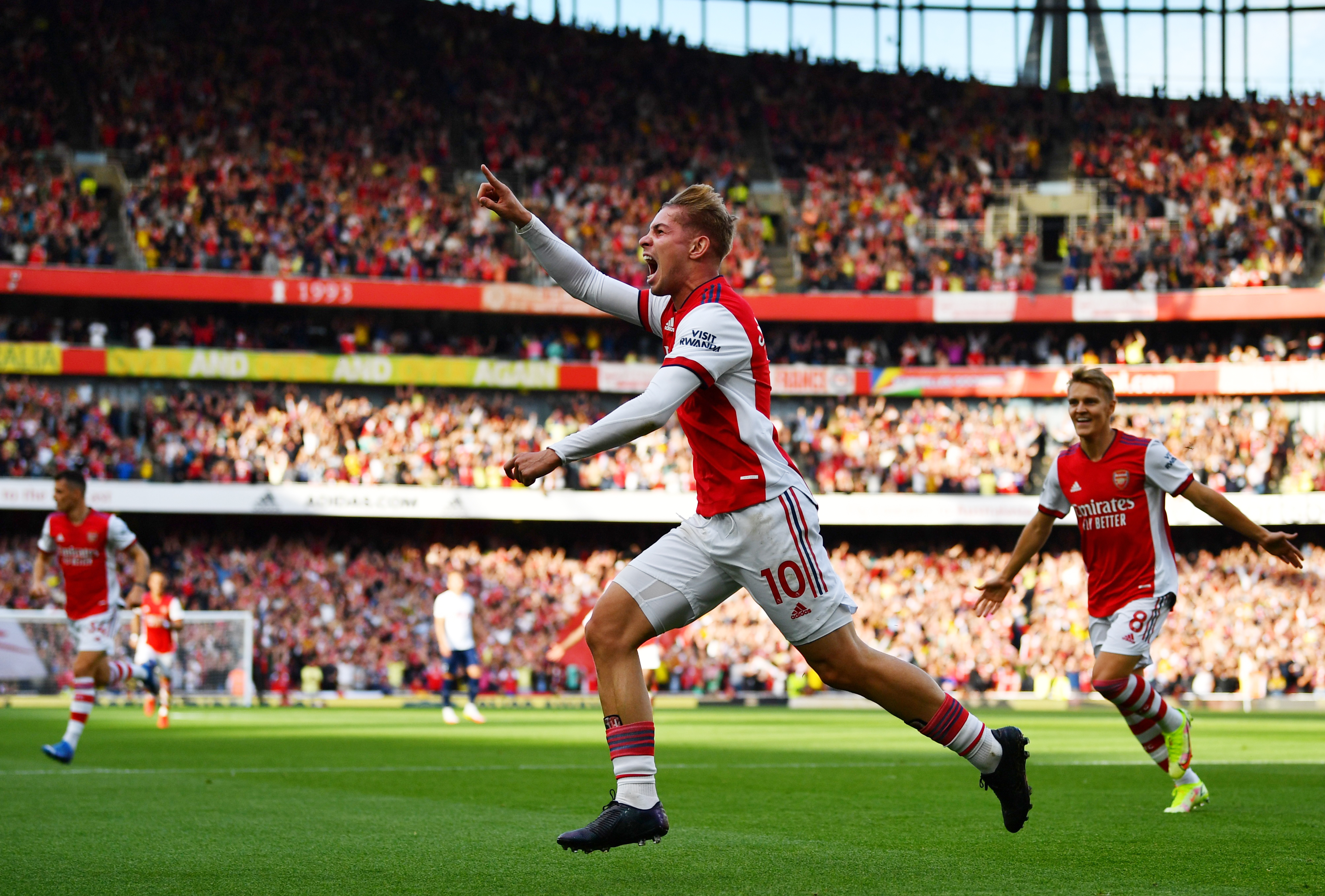 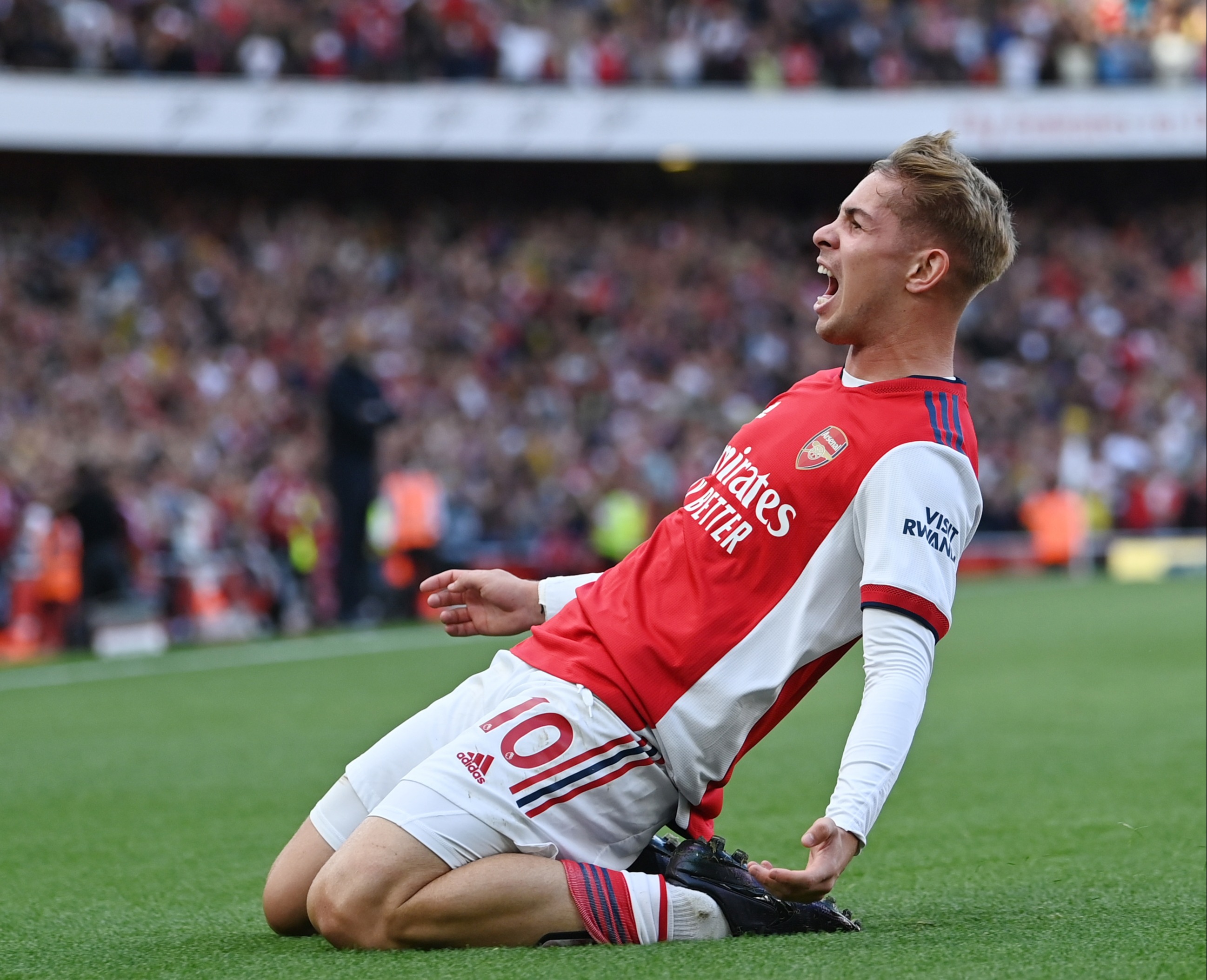 But the lack of branded boots clearly didn't affect him, as Smith Rowe put in a man of the match display in the win against bitter rivals Spurs.

The Arsenal academy graduate wore Nike boots last season, but his contract with the manufacturing giants expired in July, according to The Athletic.

And in the six months after his contract expired the youngster is not allowed to wear boots by any rival brands.

He is however allowed to negotiate deals with other boot makers.

Smith Rowe's signature is highly sought after with Adidas, Puma and Under Armour all reportedly chasing the Arsenal no10 for when his 'matching rights' six month period expires in January.

Potential sponsors are on high alert following Smith Rowe's blistering showing in Sunday's game, backing up a bright start to the season with the Gunners.

Nike however are permitted to match any offers made to Smith Rowe by rival companies.

The two cap England U21 is not likely to be thinking about football boots though after his stellar performance on Sunday.

He took to social media after Arsenal's North London derby win and posted a picture of him celebrating his goal with his all-black boots on display.

And he simply captioned the picture: "Best day of my life!"

It's his second goal in as many games after netting against AFC Wimbledon in the Carabao Cup third round win.

Smith Rowe is expected to go far by the Gunners, who tied him down to a five-year deal in July and awarded the attacker Arsenal's famous no10 shirt.

After loan spells at RB Leipzig and Huddersfield Smith Rowe broke into the Arsenal first team last season, and has now played 52 times for the Gunners.

He's scored nine times and provided eight assists in that time, and alongside Bukayo Saka is regarded as one of Mikel Arteta's stars for the future.

After slumping to rock-bottom in the Premier League after three games, Arteta's side are now starting to build some momentum.

Victory over Tottenham was a third Prem win in a row, firing the Gunners up to tenth in the table and ahead of North London rivals Spurs on goals scored.