WHEN asked to select an Arsenal XI constructed purely from Arsene Wenger signings my initial reaction was excitement, swiftly followed by one feeling entirely daunted.

The simple fact is that the great man’s tenure was so long and the sheer number of signings so many, that to select only 11 superstars is virtually impossible. 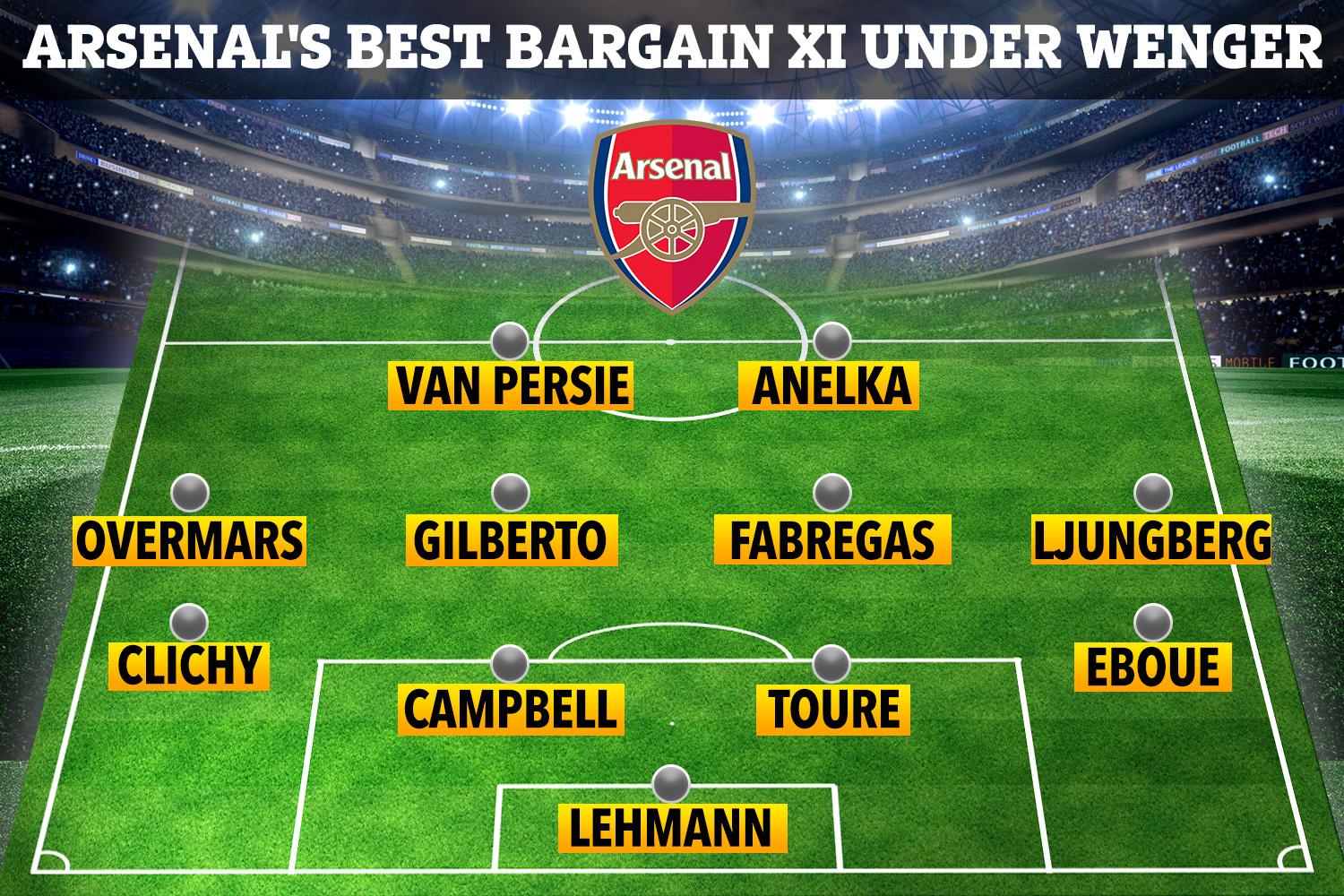 I mean, to chose between Patrick Vieira and Emmanuel Petit and Vieira and Gilberto, it is difficult enough without adding Cesc Fabregas, Aaron Ramsey and Santi Cazorla into any central midfield debate.

In truth, Vieira was signed before he arrived, but it was under his direction.

If I am honest, in the 98 players Wenger actually signed for money there were of course a few stinkers as well but in his early years he moulded squads able to go head to head with the wealth and experience of Alex Ferguson’s Man Utd, on a relatively low budget.