MO Salah's incredible spot kick record is over for now.

Liverpool's Egyptian ace, 29, was unsuccessful from the spot against Leicester City, with Kasper Schmeichel saving his tame effort. 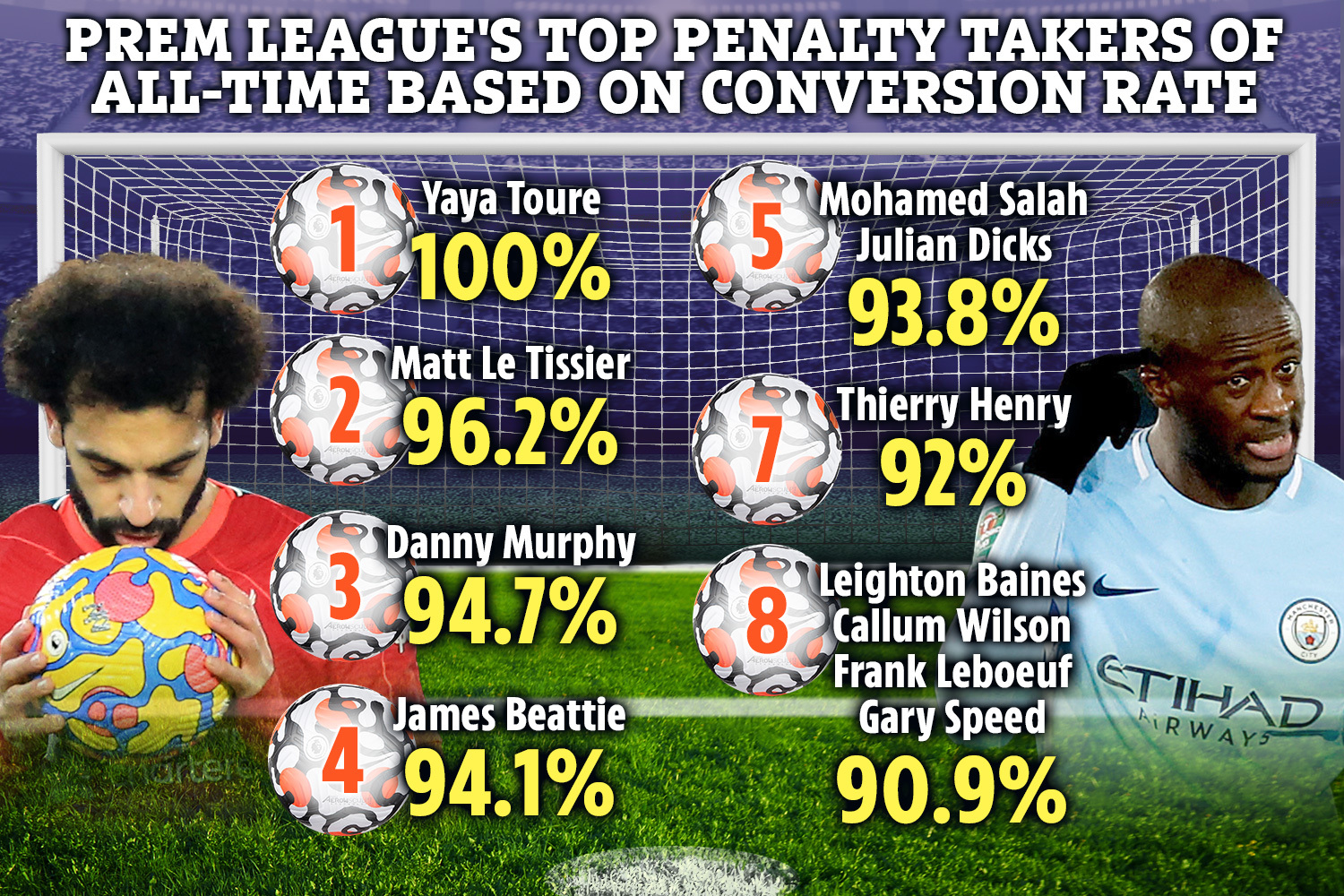 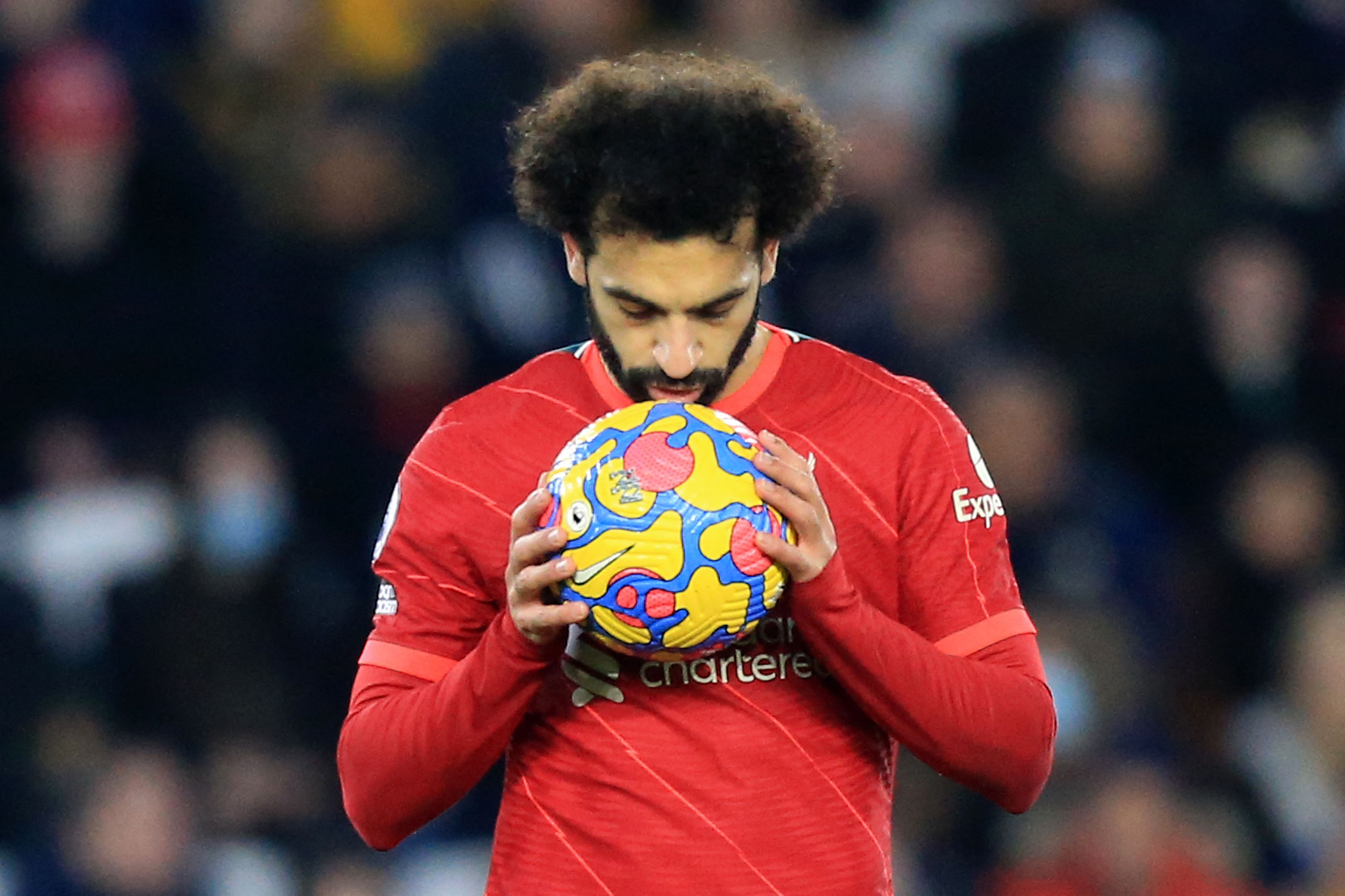 It was the 29-year-old's first miss in four years and 15 attempts.

But, despite failing to score from 12-yards, Salah is still up there with the best. Here's the Premier League's best penalty takers of all time.

Squeezing into the top 10 in joint eighth is Leighton Baines, Callum Willson, Frank Leboeuf, who boast a 90.9 per cent conversion rate.

Wilson and Chelsea legend Lebouef missed just once from 11 spot kicks, while Baines scored an impressive 20 out of 22.

Thierry Henry scored 23 of his 25 penalties, to manage a 92 per cent success rate.

In fifth, Mo Salah was joined by West Ham legend Julian Dicks, who used to blast his penalties. 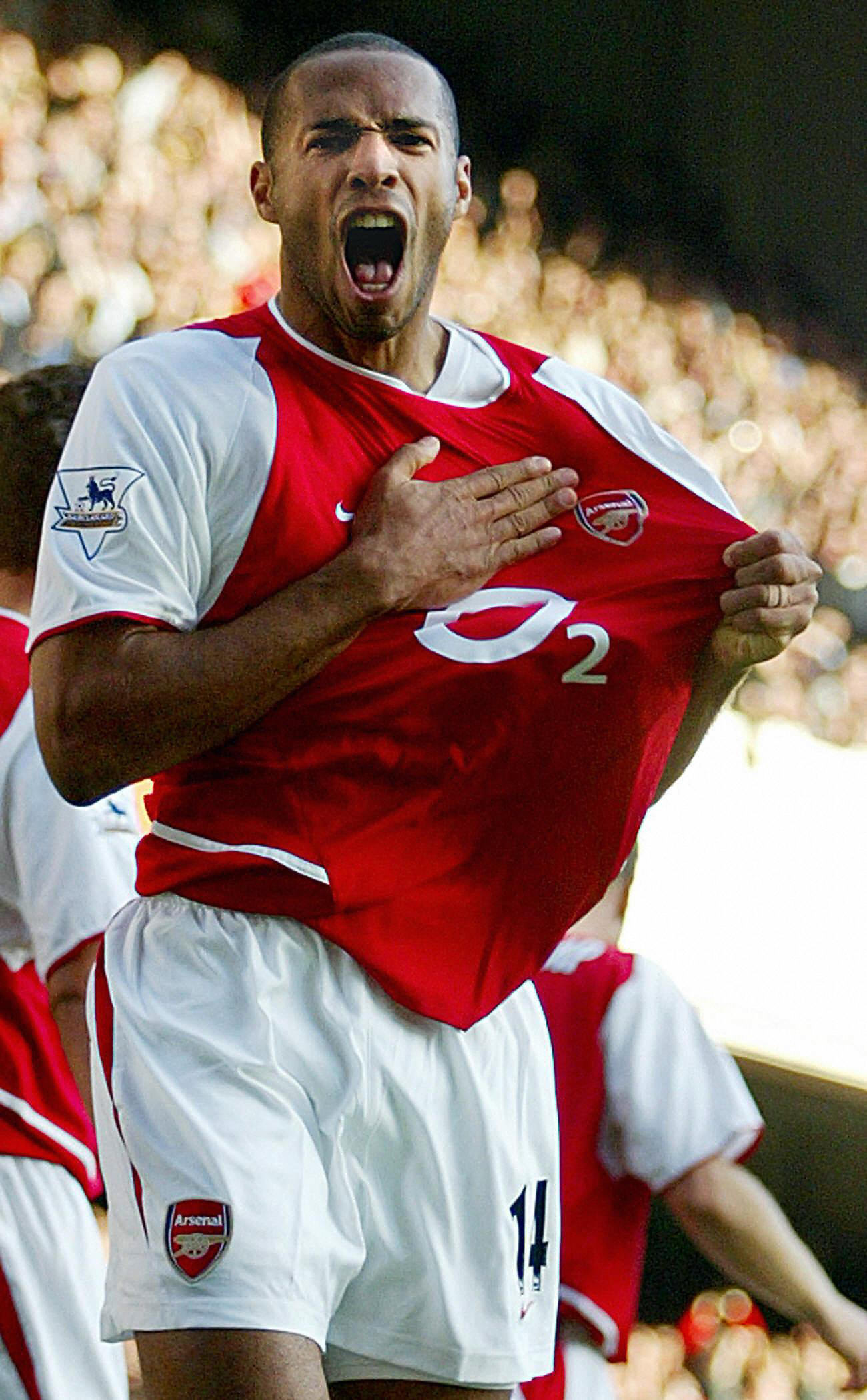 RETURN OF THE KING

Their identical records are 15 from 16 strikes.

Ex-Everton striker James Beattie was deadly from the spot – scoring 94 per cent of his penalties and missing just once from 17 efforts.

In third spot, BBC Sport pundit Danny Murphy can boast to Gary Lineker and Ian Wright that he nailed 94.7 per cent of his attempts – missing one out of 20.

The biggest surprise — Matt Le Tissier is second on the all-time list, although his 25 from 26 penalties and a 96.2 per cent success rate is still incredibly impressive.

It leaves just one man standing, the only who can boast a 100 per cent success rate… it's Yaya Toure.

The former Manchester City ace was cool and calm from 12-yards, scoring all of his 11 penalties.

He even managed two in one game against Fulham in 2014. 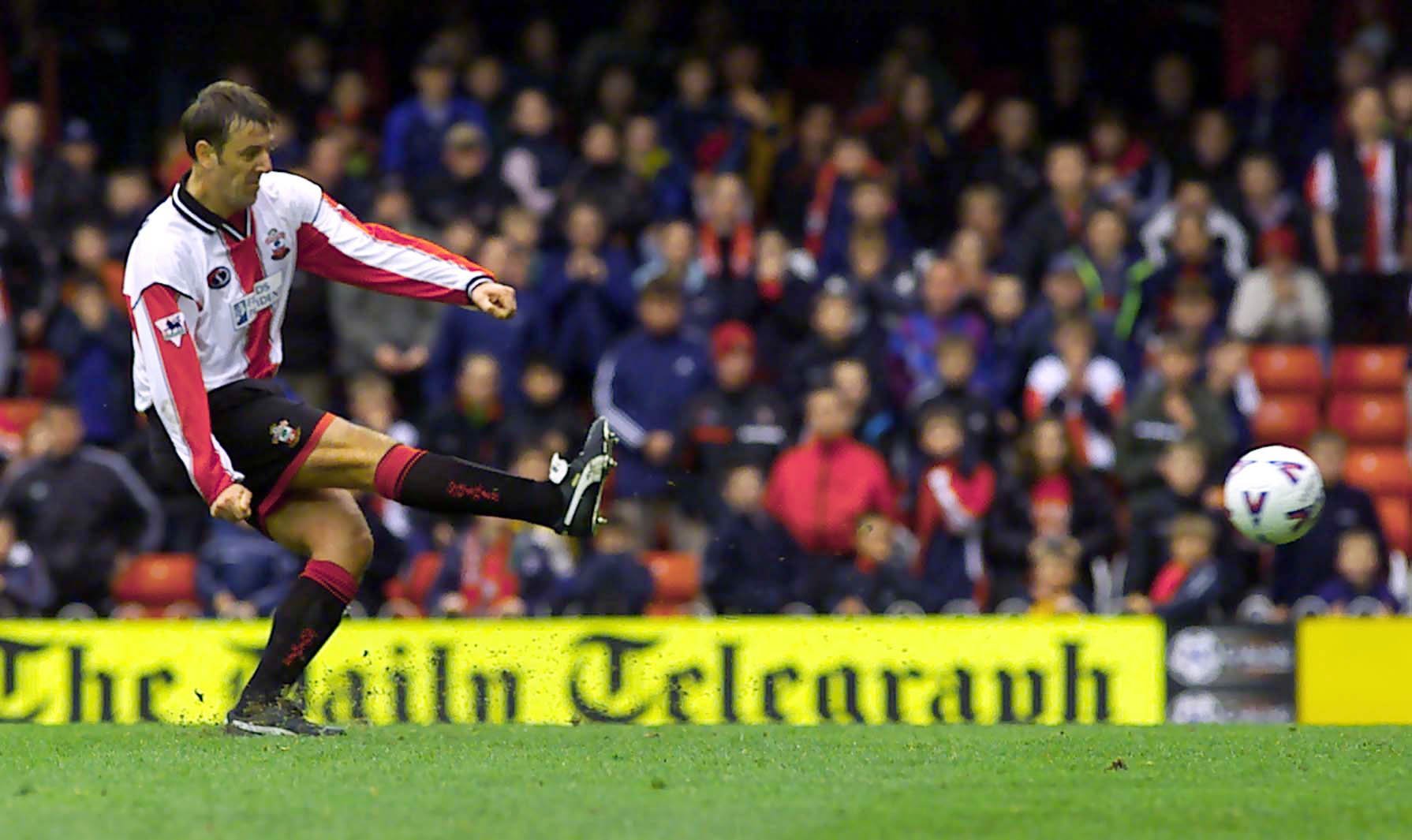 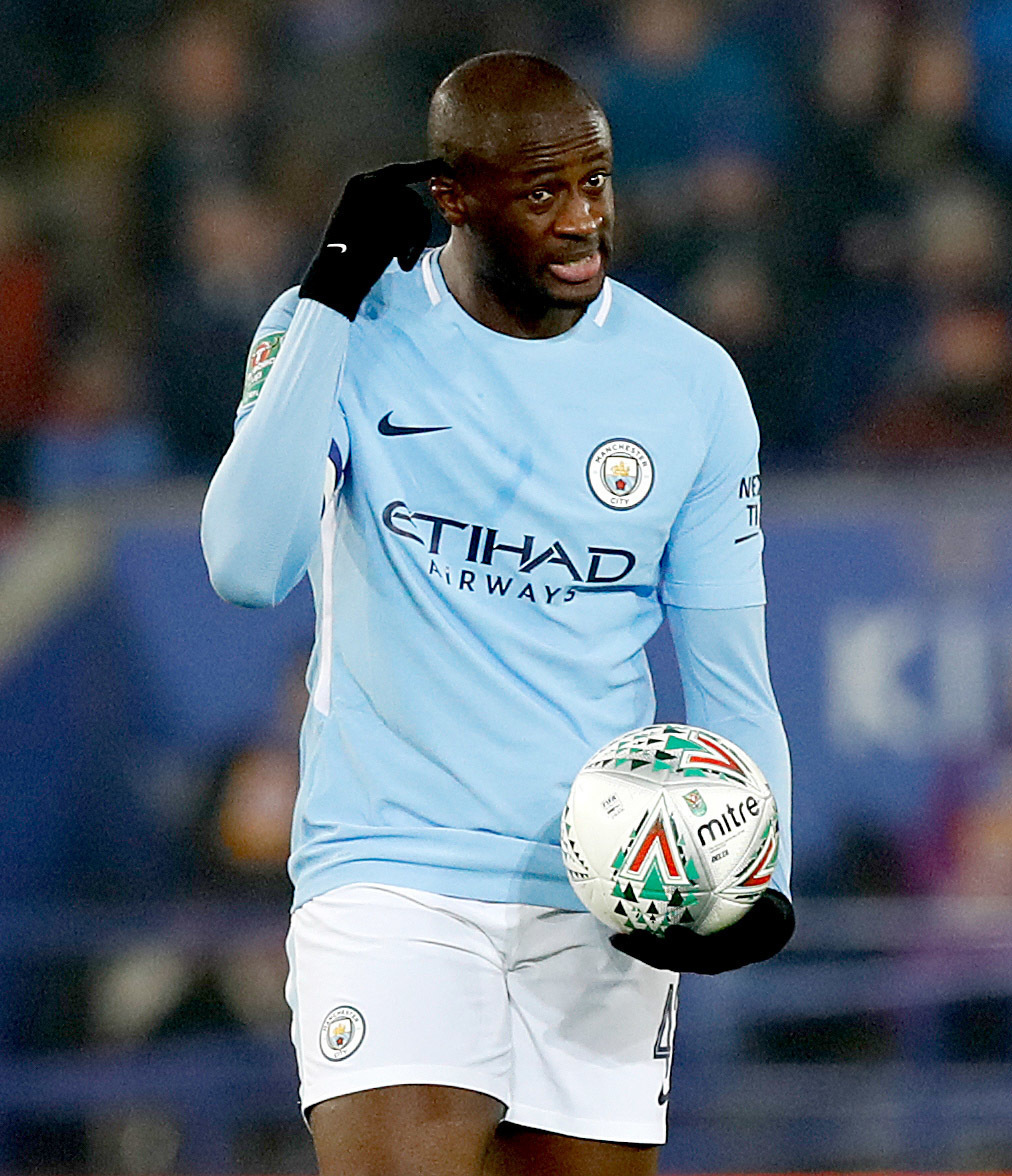