BRUNO FERNANDES was DRAGGED AWAY by team-mates after getting caught up in a blazing row with travelling Manchester United supporters. 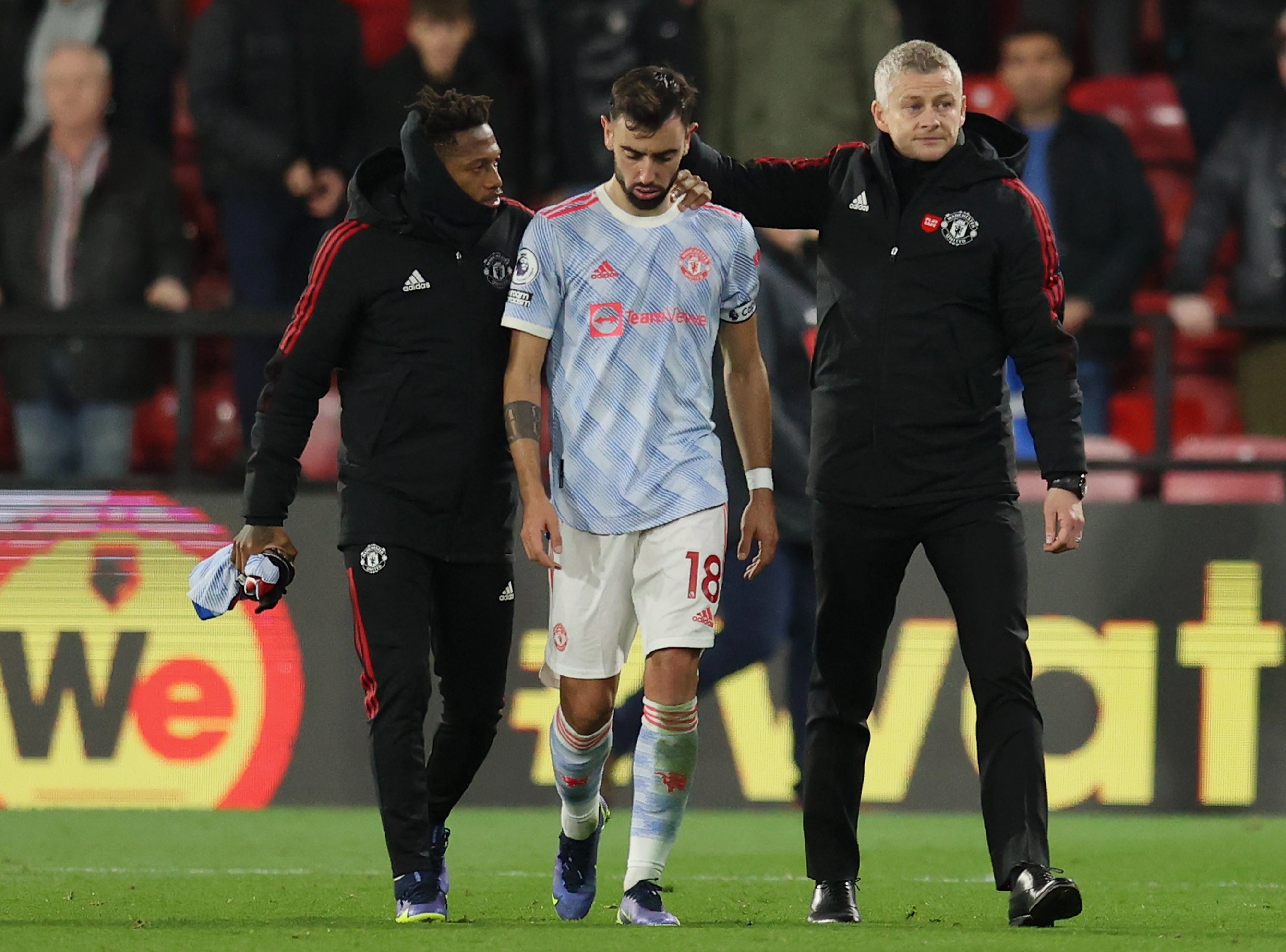 Fans were quick to vent their anger at full-time, with the Norwegian boss – now almost certain to face the sack – loudly booed.

Solskjaer held his hands up apologetically as the boos mercilessly rained down upon him.

But Fernandes leapt to his manager's defence and began gesturing angrily at the away fans – suggesting the players are at least as much to blame for the latest shambles.

The Portuguese star was eventually pulled away by his United team-mates.

Fernandes was then led off the pitch, with Fred and Solskjaer putting their arms around him as they trudged towards the tunnel.

After the game, David De Gea – whose early penalty heroics kept United in the game – apologised to fans and suggested the PLAYERS are to blame, not Solskjaer.

In a scathing rant, the United No1 said: "It was embarrassing to see Man Utd play like we did today.

"It's not acceptable – the way we were playing and doing things.

"It's easy to blame the manager or the staff but sometimes it's the players.

We need to show much more than we are doing.

"It was an embarrassing first half – we could've conceded four goals in 45 minutes.

"It was hard to watch the team playing today – it was nightmare after nightmare. It's not acceptable.

"We are trying to give our best and fight for the team but for sure something is very wrong. You can see in the games – it's very low level, very poor.

"Sorry to the fans, once again."

"We are paid to play for United and to do better than that.

"This is not Manchester United or the way we ought to play – it's difficult to say more than that.

"It's been very bad for a long time – a club like Man Utd we have to be fighting for trophies and fighting for big things and to be honest we are far from that.

"We have to look at ourselves and see where we can improve."