BEING a football fan is probably one of the most simple things on the planet.

Turn up to the ground, scope out a pie and a pint, take your seat and cheer on your team. 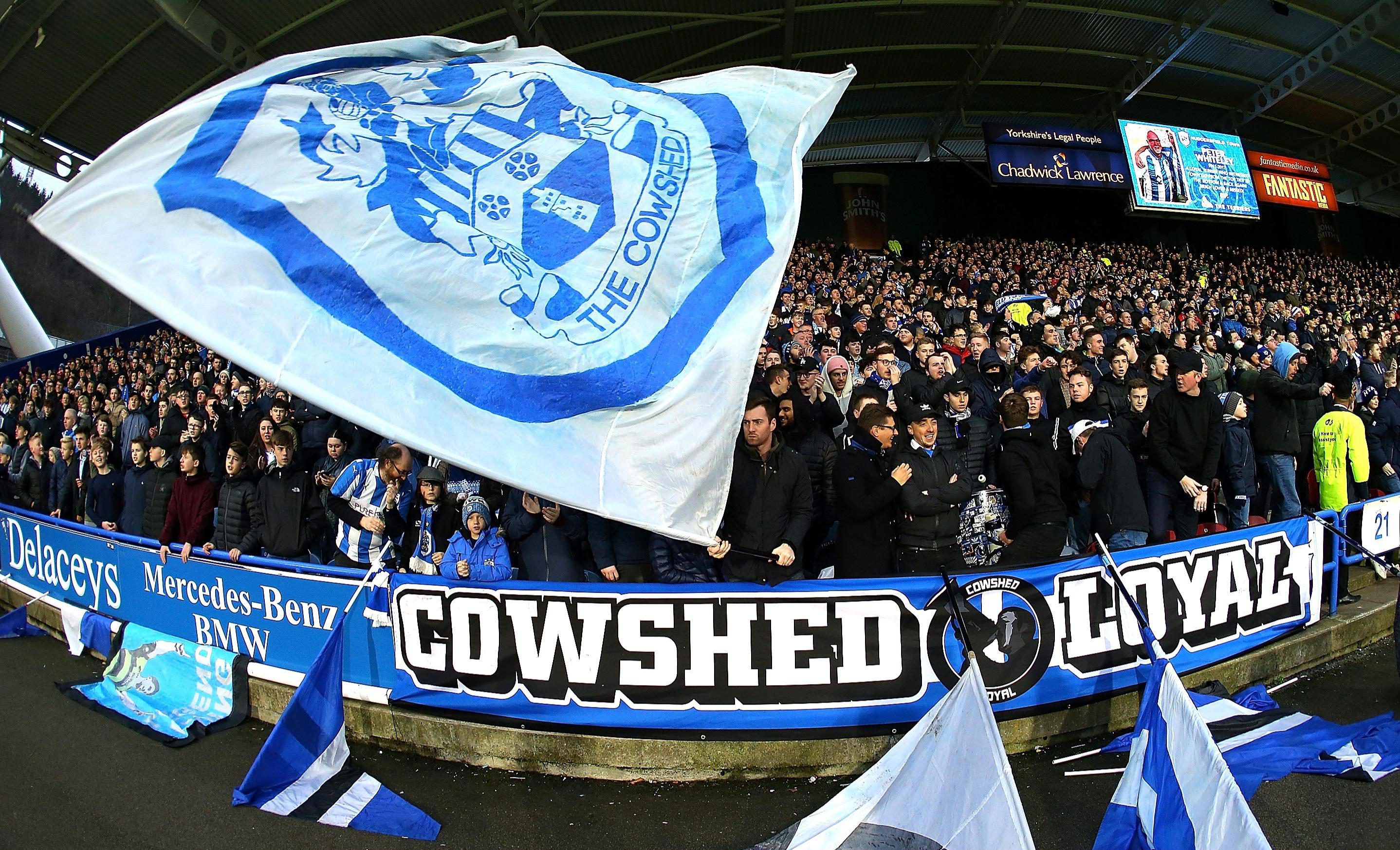 And that's about it…

But apparently some supporters believe the menial task of sitting – or standing, if you can get away with it – is too simple.

A handful of fans seem to think a bizarre act of multi-tasking is the way to go, including the Bayern Munich fan who used a shoe as a phone.

Take a look at some of the most bonkers in-stadium acts of fandom, below… 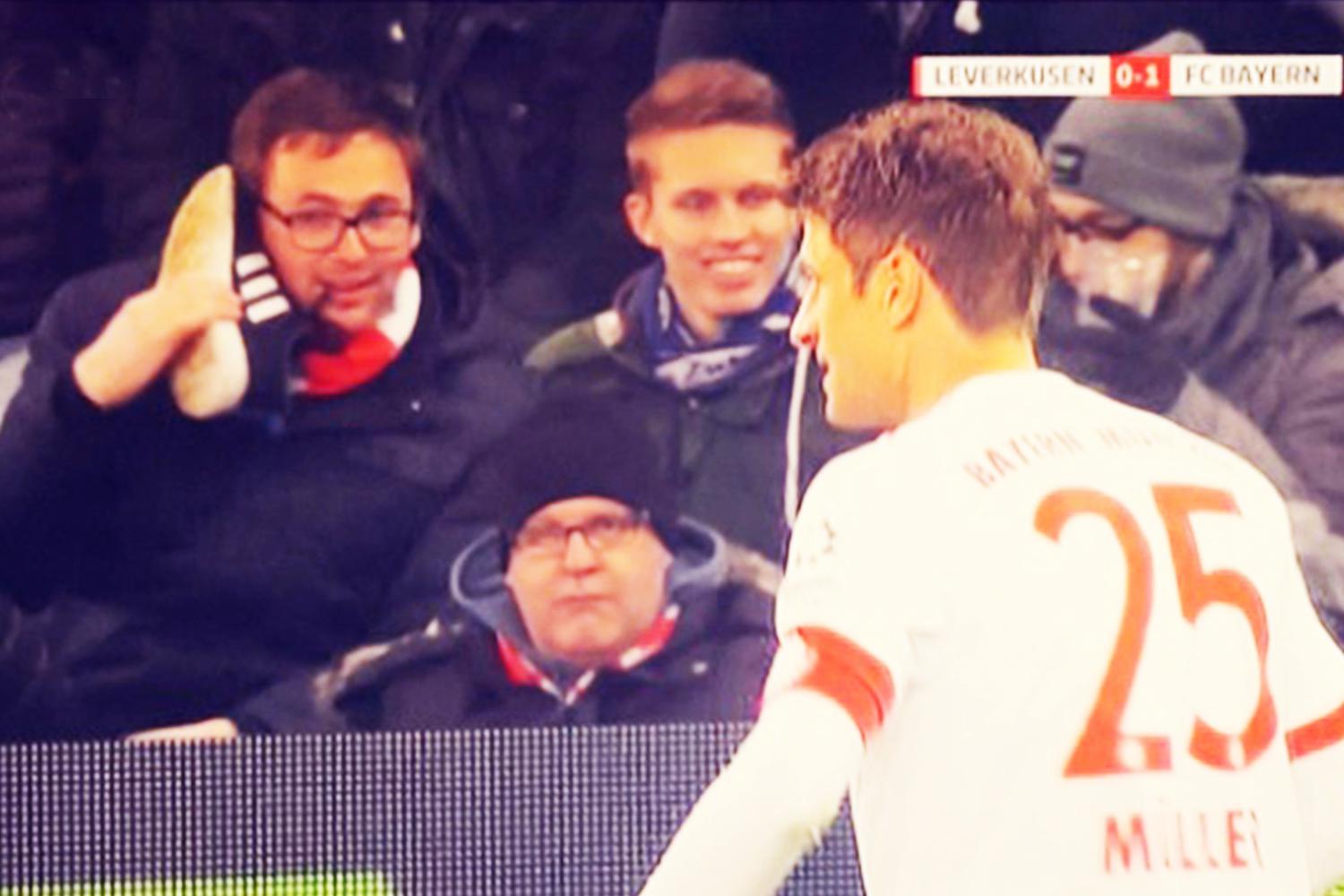 One Bayern Munich fan went viral in 2018 after being snapped making a phone-call during the game away to Bayer Leverkusen… with a SHOE.

In the image, the fan was standing with an adidas trainer held up to his ear… mimicking a phone-call.

The incident occurred as Bayern Munich star Thomas Muller made his way to the touchline for a throw-in early in the second-half.

The fan – wearing glasses and a red and white scarf – is seen making the bizarre call in the stands behind him.

One social media user joked: "This is what crystal meth must do to you!" 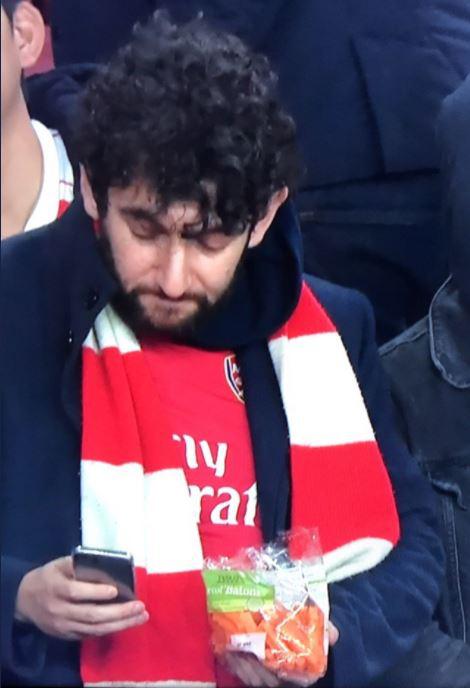 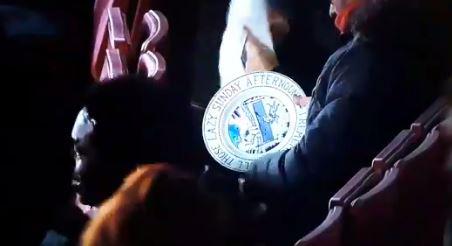 The 2017-18 campaign saw two Arsenal fans ridiculed for their antics at the Emirates during the 3-3 thriller against Liverpool.

As TV cameras panned the crowd ahead of the massive clash against the Reds, they zoned in on two separate fans with bizarre items.

One was munching from a big bag of carrots, while another was looking at what was presumably some Christmas shopping… a decorative plate covered in bubble wrap.

On Twitter user quipped: "Arsenal fans, seen some sleeping, one boy eating a bag of carrots, and one wrapping a china plate into a bag.

"Worst fans in the known universe, no second place."

A BRUSH WITH FAME 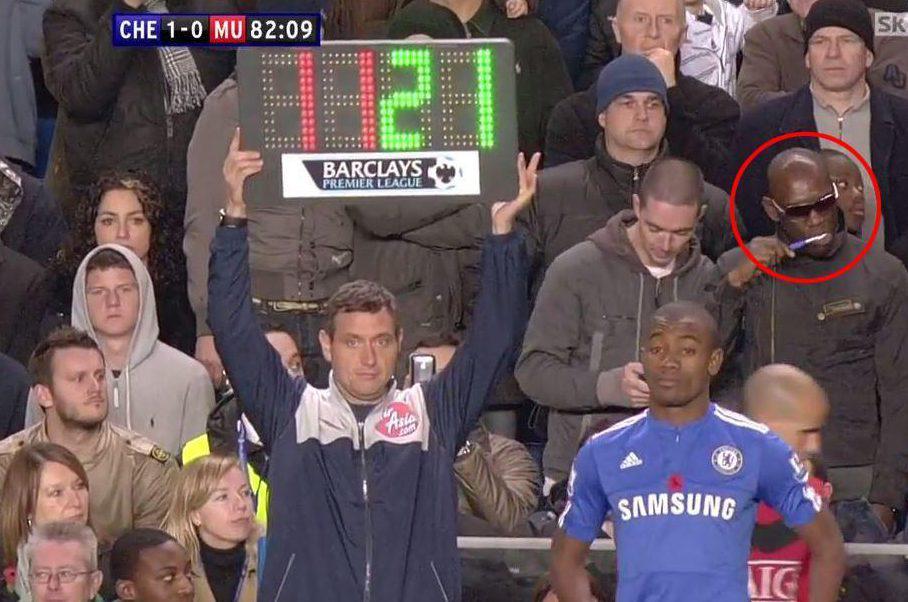 One Chelsea fan hit the headlines in 2009, after he was caught brushing his teeth during the game at Stamford Bridge.

The Blues were locked in the clash with Premier League rivals Manchester United when the supporter felt the urge to scrub his gums.

Chelsea went on to win 1-0 thanks to a late John Terry goal, but people all over the country were left utterly perplexed.

"So you're in the football stadium, you've had your pie, you brush your teeth. I mean where do you rinse… or gargle?" 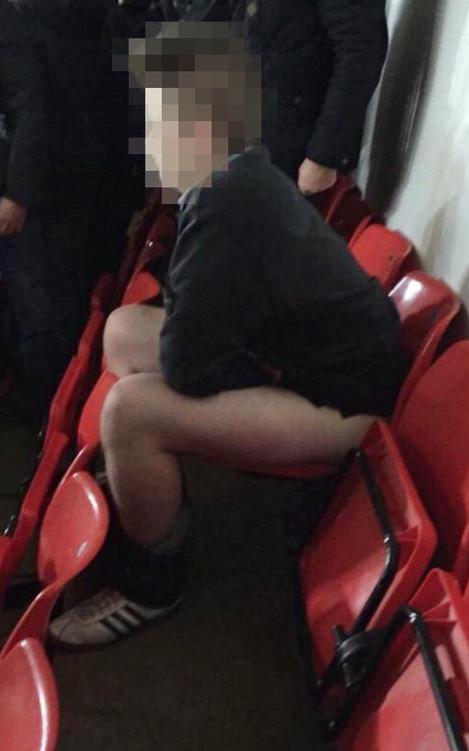 Again during the 2017-18 season, a Sunderland supporter was kicked out of the Stadium of Light after allegedly taking a poo in the stands.

An image doing the rounds online showed a man sitting on his seat with his trousers down to his ankles as those around look in complete disbelief.

The young fan later looked to clear his name saying he did NOT poo, but was just absolutely trollied after "necking 12 beers and six ciders" having "only eaten two advent calendar chocolates". 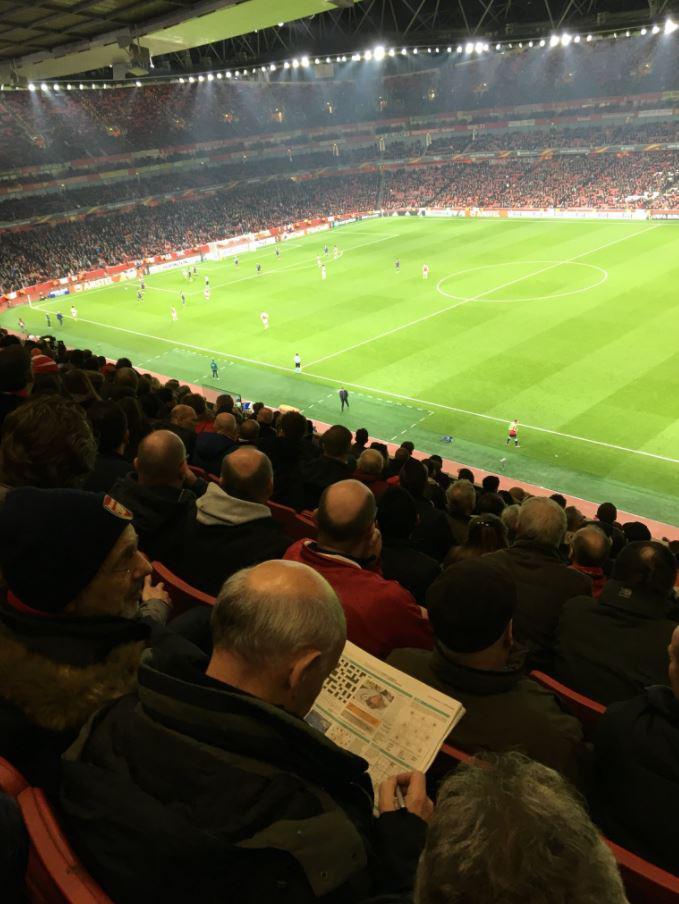 Another baffling fan snap from the Emirates, as one fan opted to work on his Sudoku skills rather than watch Arsenal's draw with Red Star Belgrade four years ago.

Arsene Wenger's Gunners played out a tedious 0-0 draw with the Serbian minnows in front of a depleted Emirates crowd.

And one fan appeared to be particularly bored for the Europa League clash… as he cracked open his newspaper to play a little Sudoku.

Visibly unimpressed with Wenger's decision to play kids and reserves, the Gooner looked deep in thought as he perused his paper… rather than keep his eyes on the pitch. 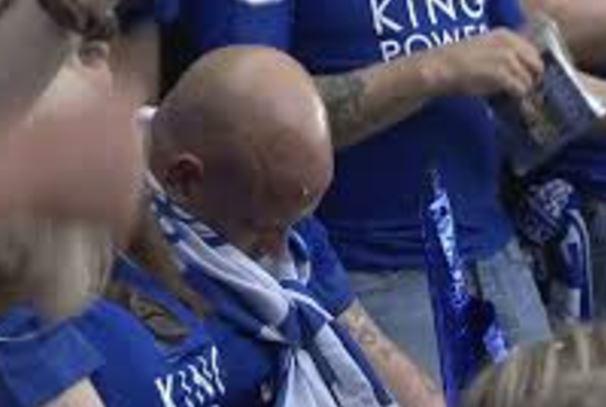 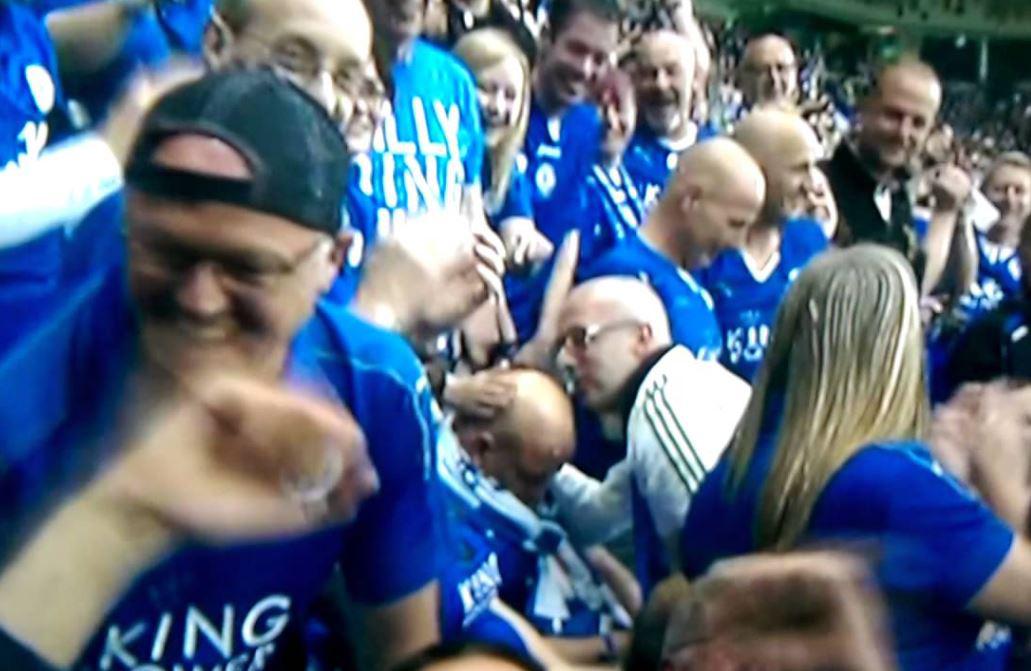 Claudio Ranieri's "Fearless Foxes" were all set to celebrate the most astounding of top-flight titles… and it was too much for one fan.

One supporter was seen sound asleep as the game drew to a close, as another fan had a quick word in his ear and gave him a peck on the forehand.

Despite that, he continued to enjoy his nap at the King Power Stadium – missing all the history being made in the process. 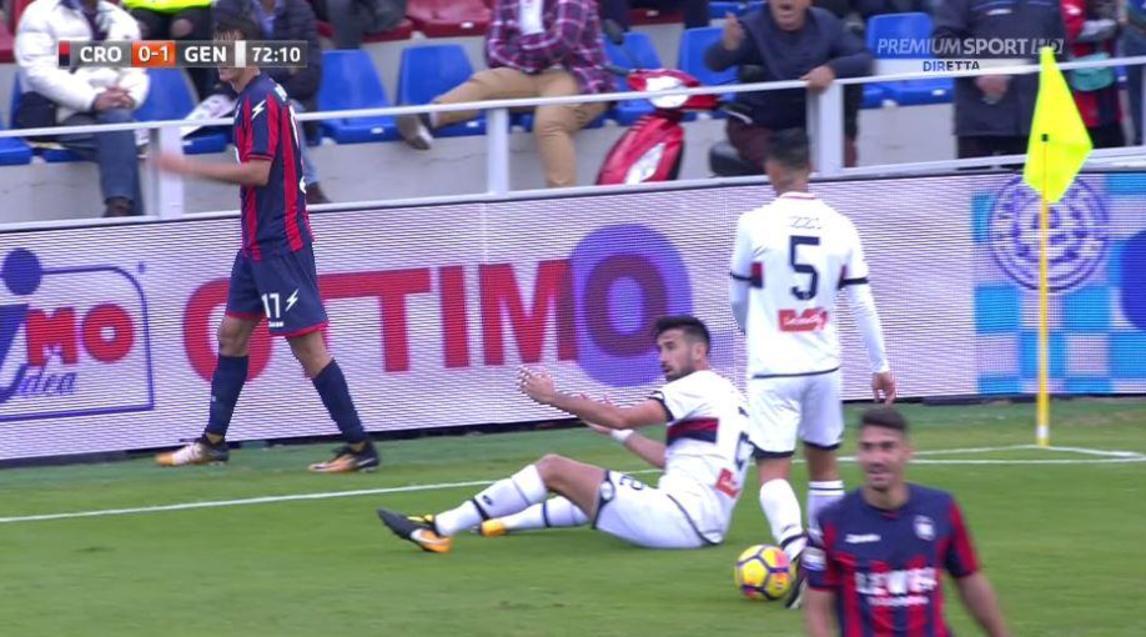 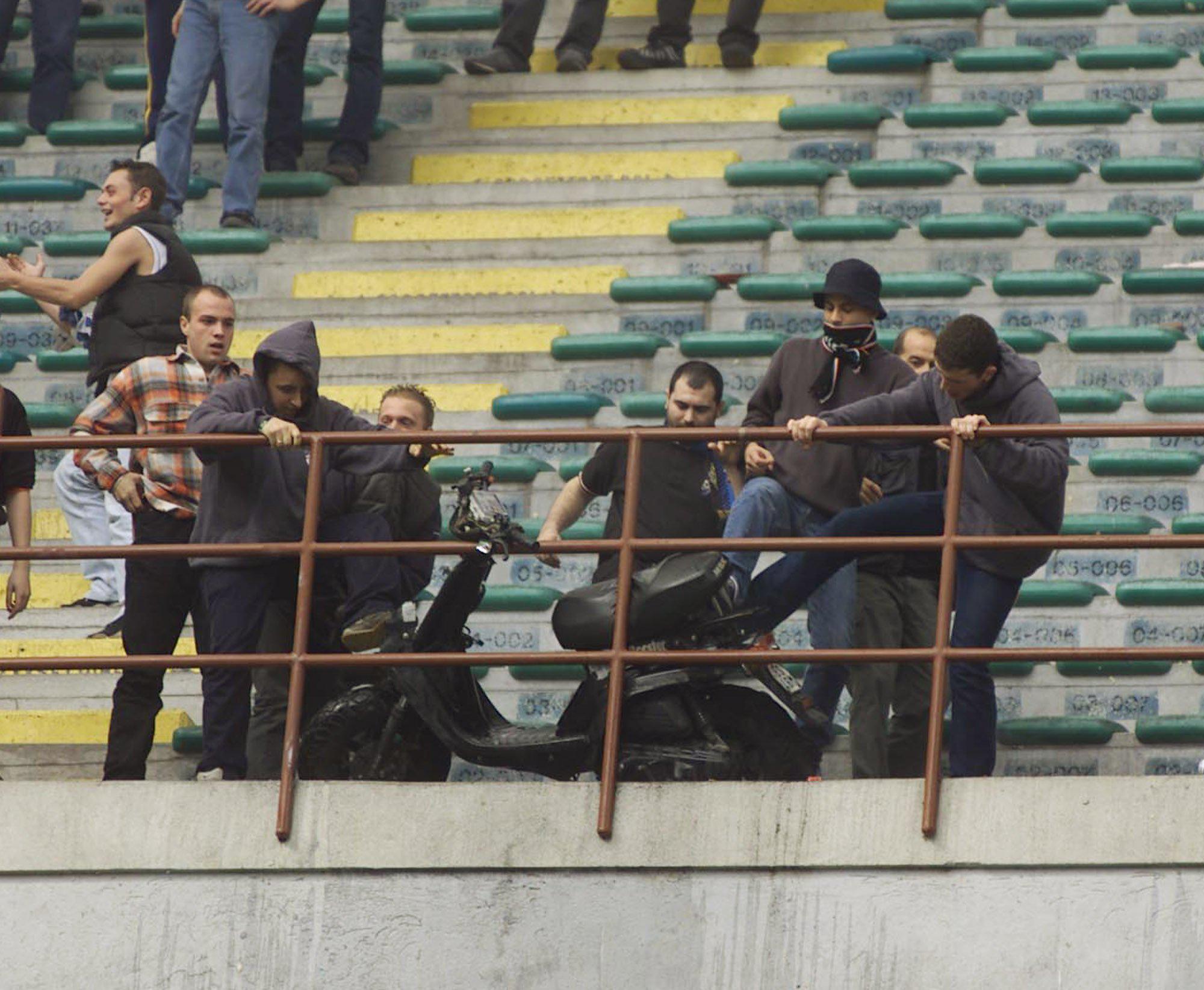 Eagle-eyed viewers spotted what appeared to be a scooter smuggled into the stands during Crotone's clash with Genoa in 2017.

While play was stopped for a free-kick on 72 minutes, the camera catches the handlebars and top of a scooter in the disabled section of the stands.

Many will remember a similar — if not far more brutal incident — in Italian football.

Back in 2001, Inter Milan fans stole a scooter from Atalanta supporters during a visit to Bergamo, somehow able to get it through rigorous security checks and up to the top tier.

Away fans then proceeded to set it on fire and throw it down onto what was, thankfully, an empty stand below. 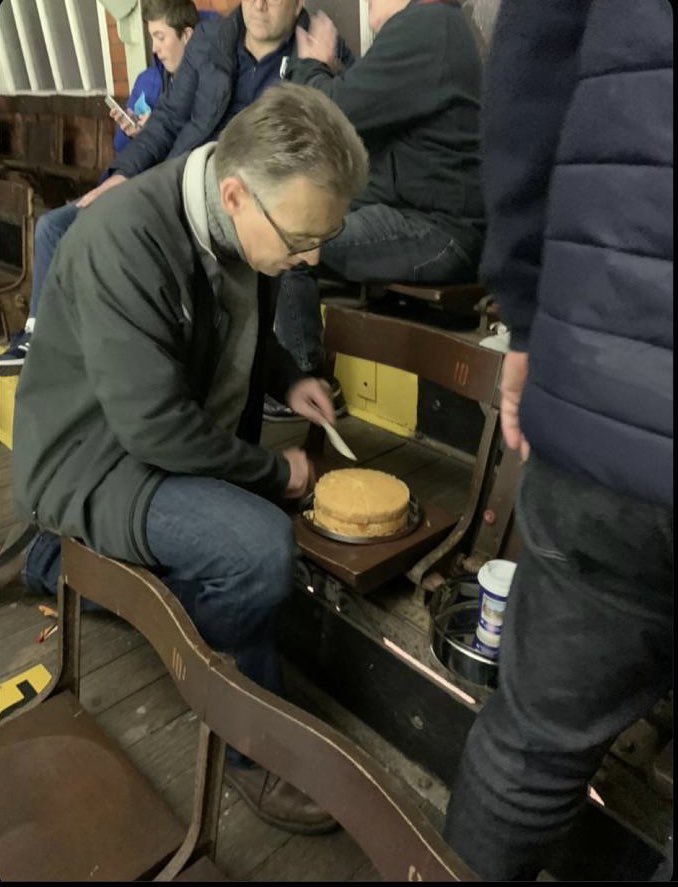 One Fulham fan quite literally had his cake and ate it during a clash against Luton in October 2019.

The supporter could be seen cutting into a Victoria sponge cake at Craven Cottage in the closing stages of the Championship clash.

It's safe to say that fans weren't impressed, as one tweeted: "If there was ever a picture to sum Fulham FC up this is it."

Another quipped: "The most Fulham thing ever seen from Fulham. Genuinely can't get more Fulham." 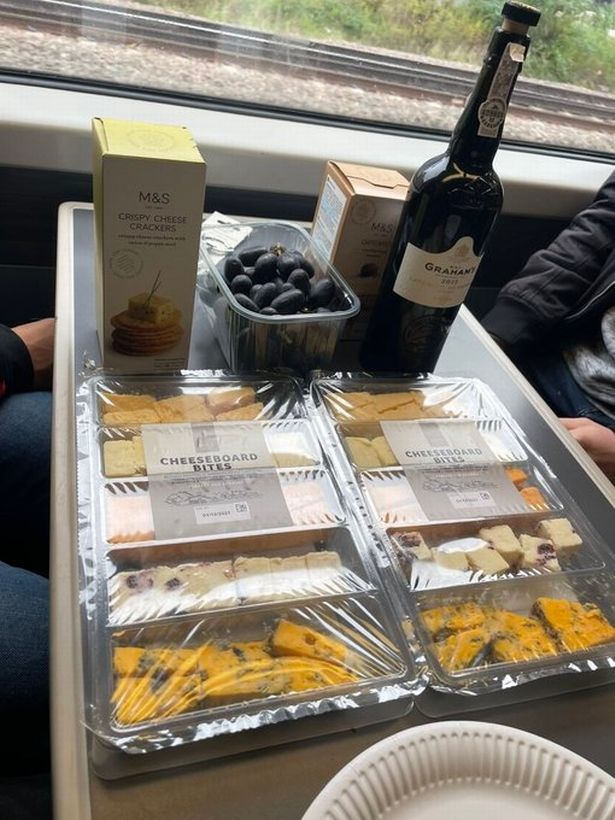 An honourable mention must go to these Fulham fans who feasted on a cheeseboard and a bottle of port on the train down to Peterborough for Saturday's 1-0 win.

Alexander Mitrovic might have brought up 20 Championship goals, but it was a snap from supporters that has proven to be the talking point.

The group shared the picture on Twitter, where two 'cheeseboard bites', two boxes of crackers, a bottle of port and some grapes can be seen on the table next to paper plates.

Needless to say social media was sent into a meltdown, as one user said: "The most Fulham tweet ever. Close the internet, it's over."

Another remarked: "Brilliant effort in having the nation on strings."