Burnley players reinforced their support for the ‘Black Lives Matter’ movement in the aftermath of a controversial plane stunt organised by some of their fans which was condemned by the club’s captain Ben Mee.

The Premier League club wanted to demonstrate their anger at the ‘White Lives Matter Burnley’ banner flown over the Etihad Stadium during their Premier League defeat by Manchester City on  Monday.

Fans holding ‘Black Lives Matter’ placards were shown on giant screens inside the stadium before the players took a knee on the pitch on Thursday night. 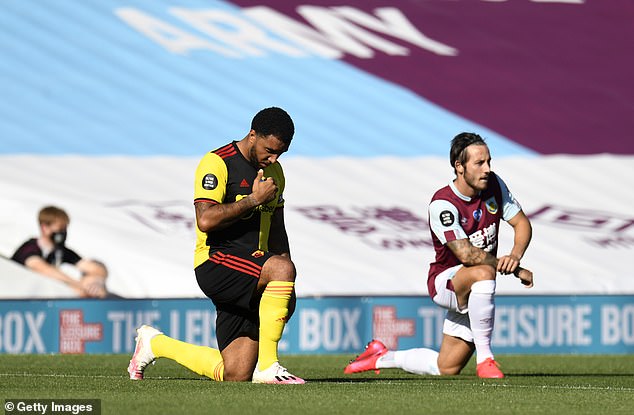 Players and club officials were appalled by the stunt over Manchester City’s stadium before kick-off on Monday night.

After the 5-0 defeat an emotional Mee made it clear that the entire squad were disgusted by the decision to fly the banner over the ground.

He said: ‘I’m ashamed, embarrassed that a small number of our fans have decided to put that around the stadium. 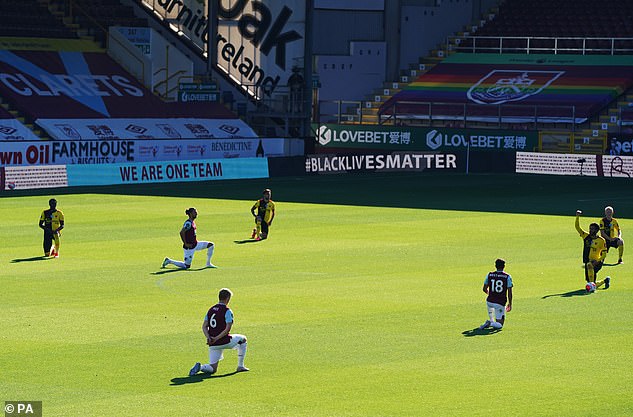 ‘We have a group of lads in there who are embarrassed.

‘These people need to come into the 21st century and educate themselves. They completely missed the point and don’t represent what we’re about. It’s a small minority of people.’

Burnley issued a statement during the match on Monday that condemned the banner and vowed to ban for life those supporters responsible. 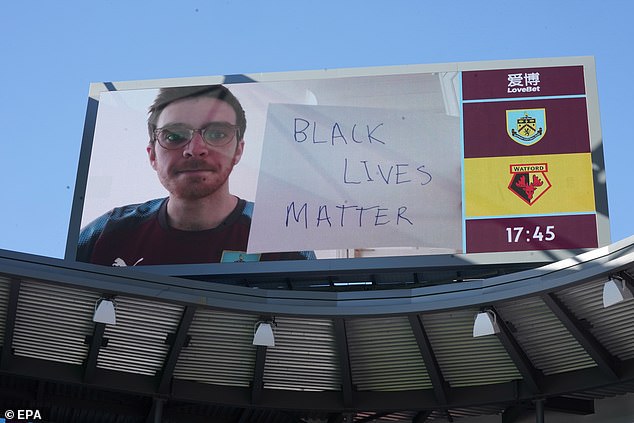 The Burnley fan behind the ‘White Lives Matter’ banner stunt was sacked from his job at an engineering firm on Thursday.

Jake Hepple, 24, was dismissed from his role as a welder at Lancashire-based Paradigm Precision, with the company saying it ‘did not condone or tolerate racism in any form’.

And his girlfriend Megan Rambadt, 21, wept after being fired from a beauty salon in the town, it was reported. 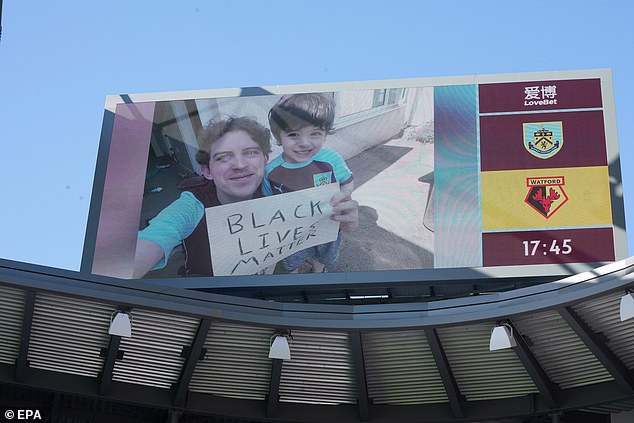 It came as Mr Hepple used an interview with MailOnline to announce he did not regret the stunt, and tried to excuse his use of the word P*** online by saying he sometimes gets ‘a bit coked up and uses offensive language’.

He said: ‘I’m not racist. I know people are trying to make out to be one but I’m not. I’ve got lots of Black and Asian friends and this banner was actually inspired by the Black Lives Movement.

‘We were not trying to offend the movement or black people. I believe that it’s also important to acknowledge that white lives matter too. That’s all we were trying to say.’ 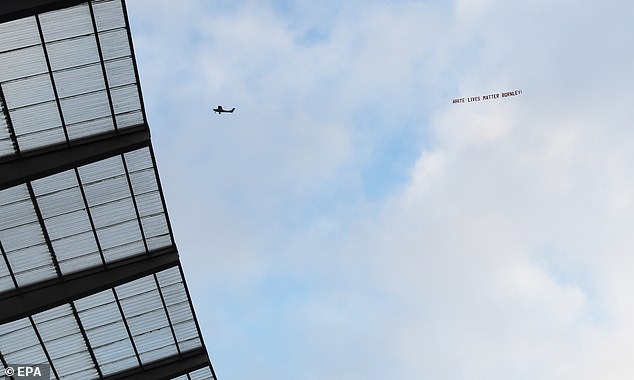 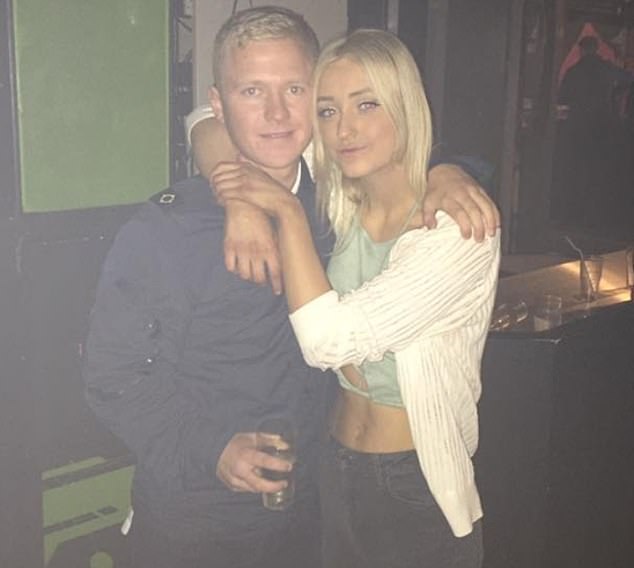 Jake Hepple (pictured with his girlfriend Megan Rambadt), who posted a video of the stunt online and has used the P*** word on Facebook and Twitter, admitted he sometimes gets ‘a bit drunk and coked up and uses offensive language’