REVEALED: Alistair Campbell urged Tony Blair to consider a match between Celtic and Rangers in Belfast in 1998 ahead of the Good Friday Agreement… and the ex-No 10 advisor even suggested the two teams wear their rival’s kits!

Alistair Campbell wrote a letter to Tony Blair in 1998 urging him to consider a match between Old Firm rivals Celtic and Rangers in Belfast.

Campbell, a former advisor in 10 Downing Street, believed a special match between the two Scottish rivals would help publicise a referendum on the Good Friday Agreement.

Campbell even boldly suggested, as per a report by RTE, that the two teams should wear their rival’s kits to mark the occasion.

In a letter entitled Rangers v Celtic, An Idea, Campbell claimed he had a ‘direct in’ with Celtic and could use his relationship with former Manchester United boss Sir Alex Ferguson as a way to win Rangers over.

‘Both in terms of raising publicity for the campaign and in sending out a message, it would be very powerful,’ he said in the letter. 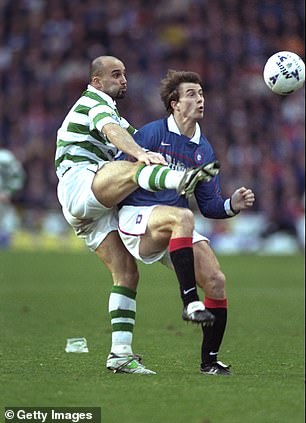 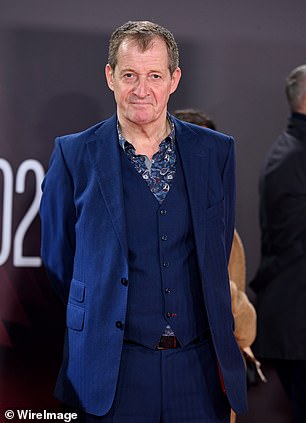 Alistair Campbell (right), former advisor to PM Tony Blair, wrote a letter in 1998 suggesting a match in Belfast between Celtic and Rangers (left) to publicise the Good Friday Agreement

Campbell did concede that there may be little uptake on the idea from the teams as ‘one or two of the Rangers players to my certain knowledge would have a difficulty with this.’

It has been claimed that nobody got back to Campbell about his Old Firm pitch.

The referendum on the Good Friday Agreement was held on May 22 of 1998. 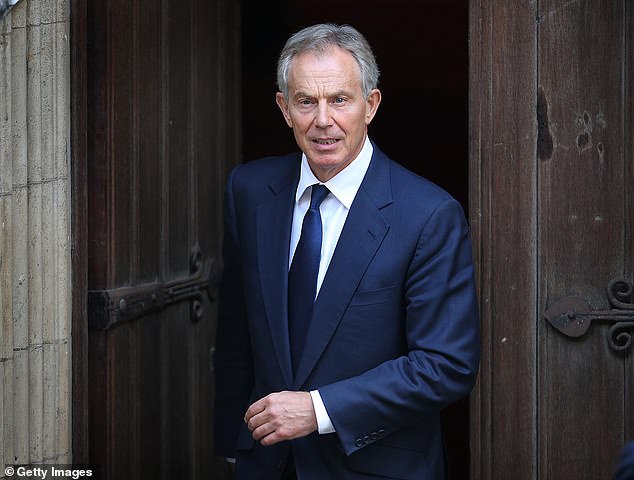 The Good Friday Agreement, also known as the Belfast Agreement, was an understanding between the British and Irish governments, as well as most of the political parties in Northern Ireland, on how Northern Ireland should be governed.

The Agreement was brought in to end the decades of violence brought on by The Troubles and Campbell dared to mark the Good Friday Agreement with a match between the bitter Old Firm rivals.

The Old Firm rivalry goes beyond football and has often led to fierce disputes around religion, as well as the politics of Northern Ireland.