EXCLUSIVE: 212 Indian catering staff – and 20 Filipino women selling merchandise – are left outside the glitzy £650m Al Bayt stadium in Doha for SIX HOURS with no food or water ahead of the World Cup opening ceremony

Over 200 Indian catering workers hired for the World Cup’s opening game between Qatar and Ecuador were left stranded outside the Al Bayt Stadium for six hours without any food or water this afternoon.

Sportsmail spoke to several of the workers, who have been recruited as cashiers by catering company Qatar Star Services, outside the £650million new stadium with many unhappy at their treatment and working conditions.

The group of 205 men and seven women were collected from their accomodation at 9am this morning and dropped off the 60,000 stadium borth of Doha at 10am, but were not admitted to the ground until 4pm.

The workers told Sportsmail that during their long wait they were given no food or water and did not have any contact with their supervisor, but were simply told to wait until his arrival.

All of the workers have signed a month-long contract with Qatar Star Services for the duration the tournament, with the company demanding that they work every day.

Accommodation and one meal-per-day is also provided in addition to their wages. 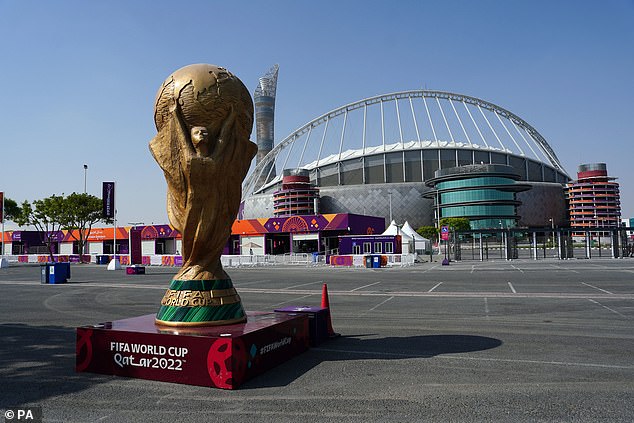 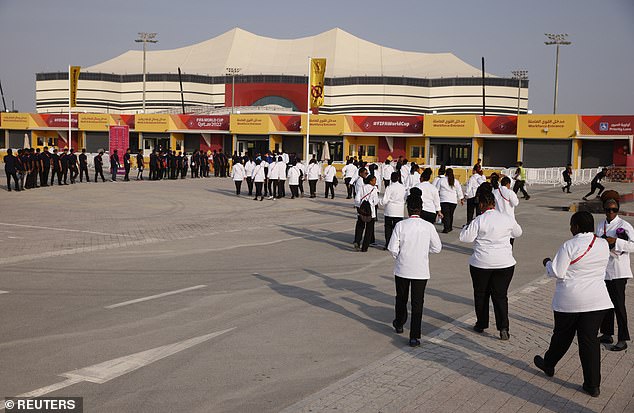 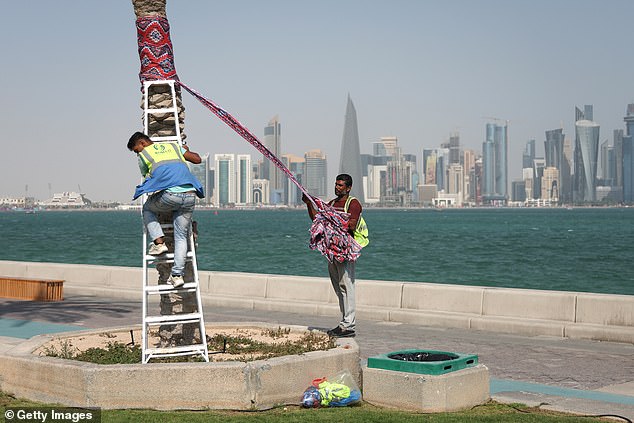 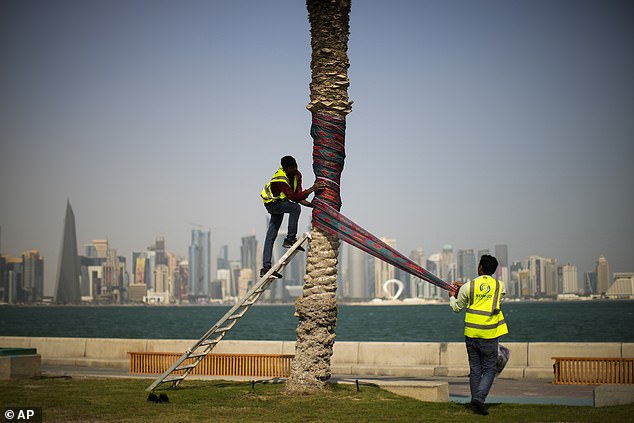 One of the workers told Sportsmail: ‘We are all cashiers, but cannot get into the ground. They are not ready for us. We’ve been here since 10am, but cannot go inside until 4pm. We are just waiting for our supervisor. We’ve had no food or drink, nothing.’

Sportsmail spoke to another group of 20 female staff from the Phillipines, who had been employed to sell merchandise in the stadium. They were left to wait outside for three hours without any food or water.

In contrast senior members of Qatar’s ruling Al Thani family arrived in a helicopter before being driven into the stadium. 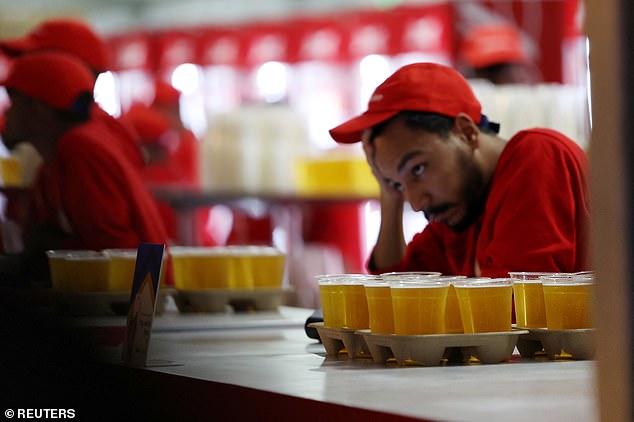