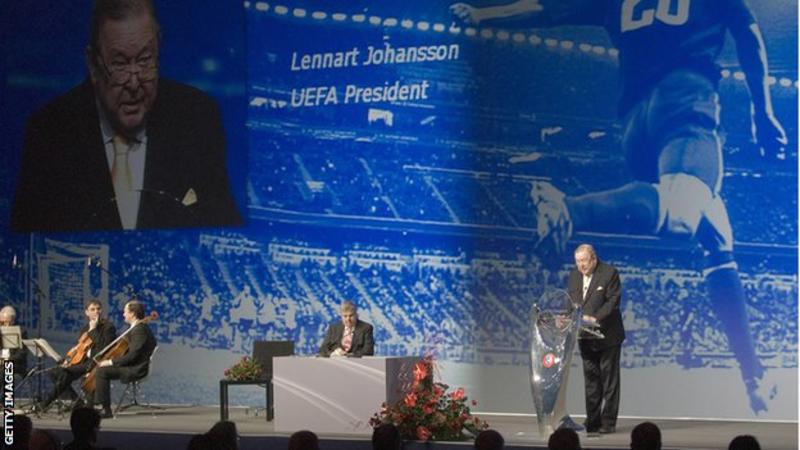 Former Uefa president Lennart Johansson, who oversaw the introduction of the Champions League, has died aged 89 following a short illness.

Johansson headed European football’s governing body from 1990 to 2007 before being succeeded by Michel Platini.

He led the change from the European Cup to the Champions League in 1992, with multiple entries from some countries.

Johansson was defeated in the 1998 Fifa presidential election by Sepp Blatter, losing by 111 votes to 80.

Swedish FA president Karl-Erik Nilsson said “no Swede has had a similar influence on football in the world”.

“Lennart Johansson was our biggest international football leader of all time,” Nilsson said on Wednesday.

“He was deeply respected as Uefa president and vice-president of Fifa; his leadership aroused admiration worldwide.”

Fifa president Gianni Infantino released a statement saying: “I am heartbroken by the news of the passing away of Lennart Johansson.

“He was a friend and an invaluable source of wisdom and inspiration.

“I will be forever grateful for having had him as the president of Uefa when I joined the organisation in 2000.

“Since then, Lennart has always been a role model of professionalism and, more importantly, of humanity.”

A moment of silence will be held at this week’s Uefa games, including Wednesday and Thursday’s Nations League semi-finals.