BLACKBURN players and fans were left fuming after their game at Hull was called off just two hours before kick-off due to Covid.

The Tigers had suffered a coronavirus outbreak within their squad, meaning they did not have enough players to complete the Championship fixture. 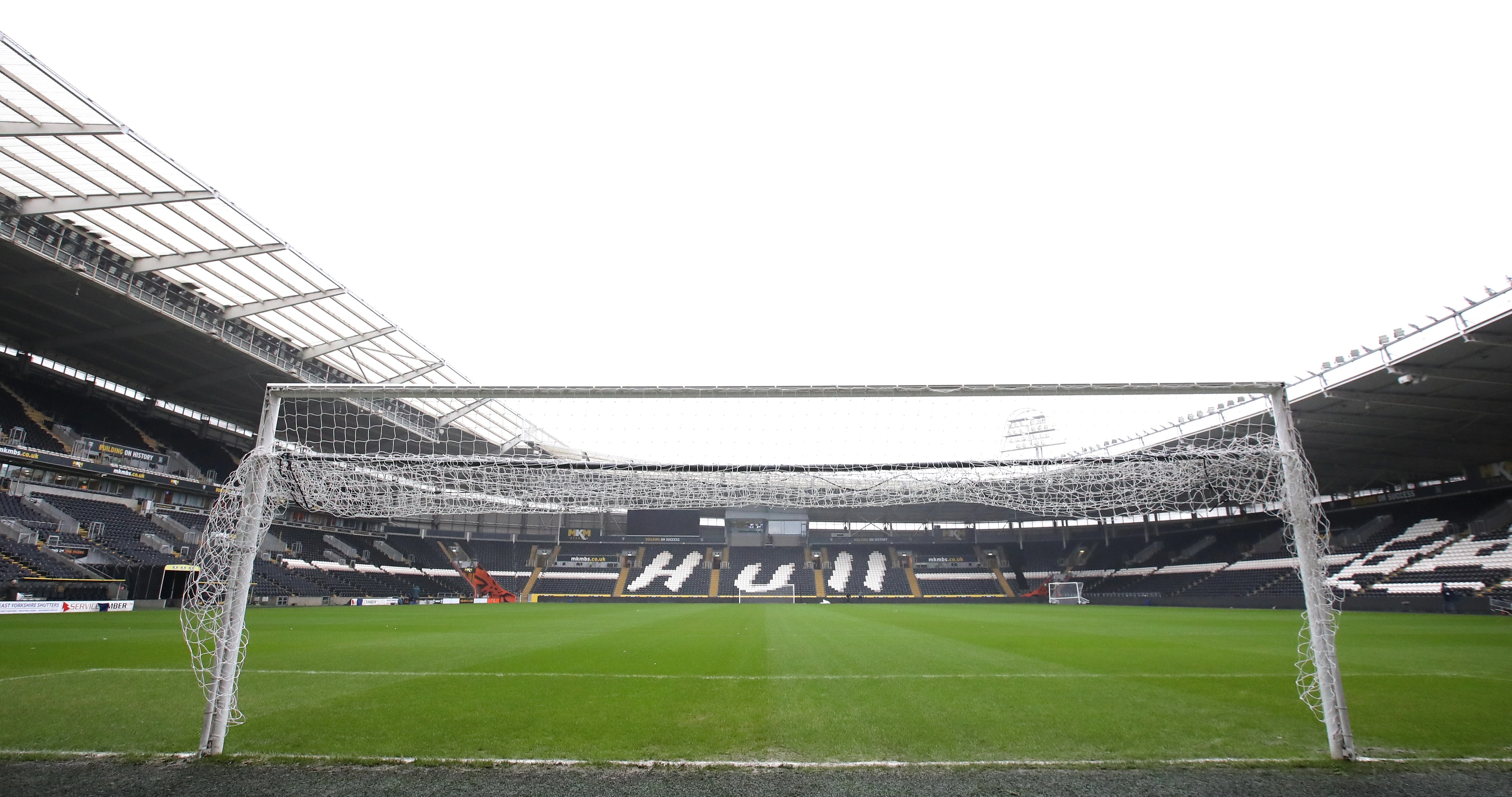 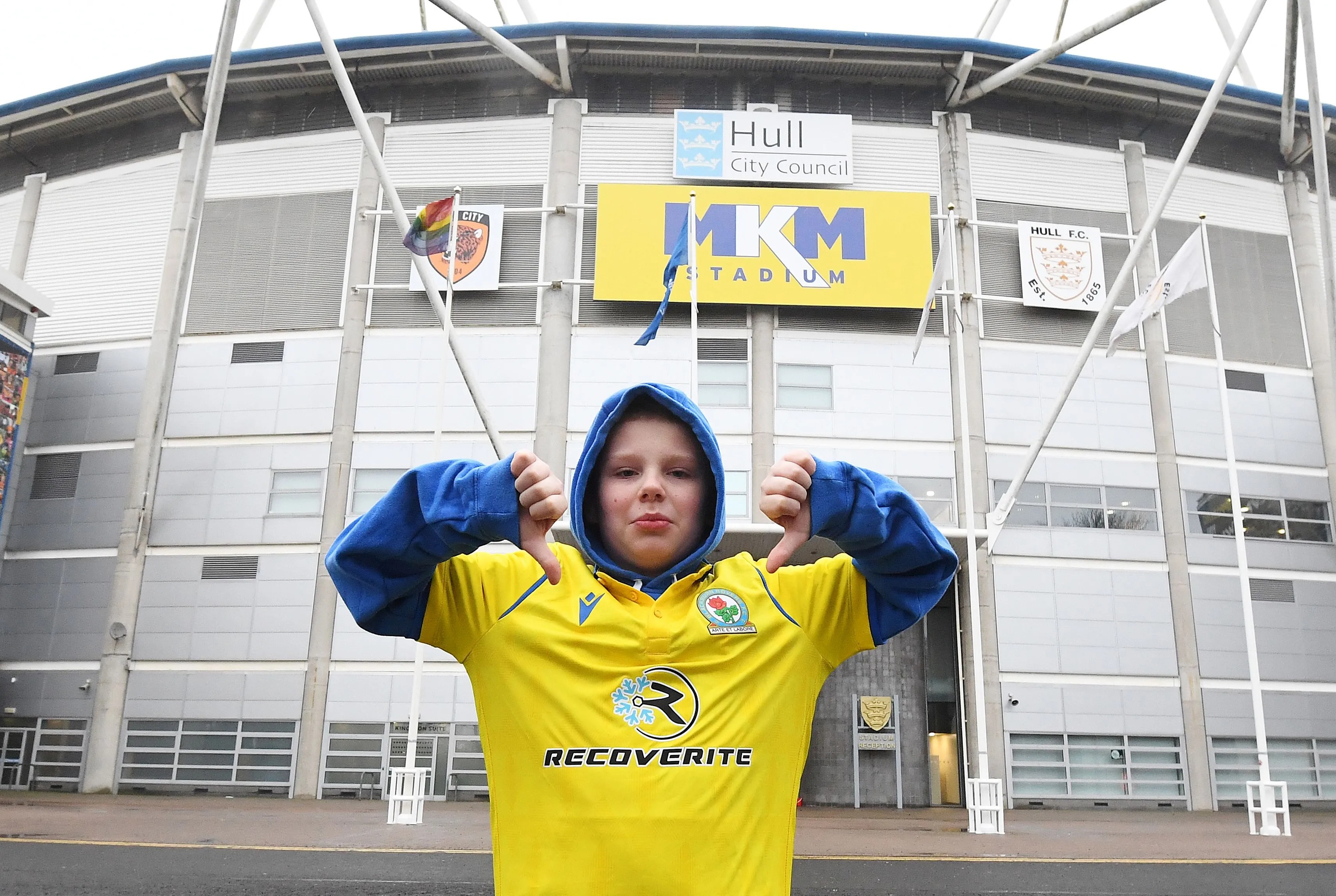 And the hosts confirmed the game had been scrapped at 12.56pm – with the match scheduled for 3pm.

Hull said: "Today’s match at home to Blackburn Rovers has been postponed due to positive Covid-19 cases in our squad, and therefore we are unable to field the required number of players for the game.

"Following more confirmed positive cases this morning, the club have informed the EFL that we would be unable to fulfil the fixture and the match will now be rearranged.

"All individuals who have tested positive are self-isolating as per government guidelines.

"We apologise to both sets of supporters for the disappointment and inconvenience caused by the late notice, but the health and wellbeing of our players and staff must be our priority."

But that left the 2,854 Rovers supporters with away tickets furious, with many having already travelled and arrived at the MKM Stadium.

One said: "Honestly, this isn't on. Hundreds of fans will have travelled from Lancashire to Yorkshire on Boxing Day, maybe even having to set off Christmas night for it to be cancelled.

Another wrote: "What are you going to do about us 2,500 fans who have travelled down?

"Surely there needs to be a final decision made way before fans set off. It's out of order."

A third replied: "Literally arrived. Four-hour round trip to cancel it this short notice? Absolute joke. Will you be covering these costs?"

Others called on Hull to compensate the travelling fans who were forced to head back home at late notice.

The game is one of EIGHT in the Championship ties postponed on Boxing Day.

Only Huddersfield vs Blackpool and Middlesbrough vs Nottingham Forest are still going ahead.

A further three in the Premier League have also been cancelled. 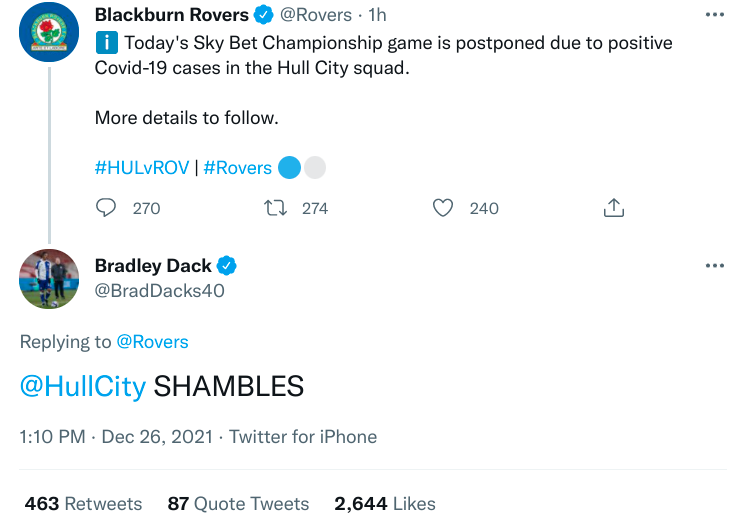