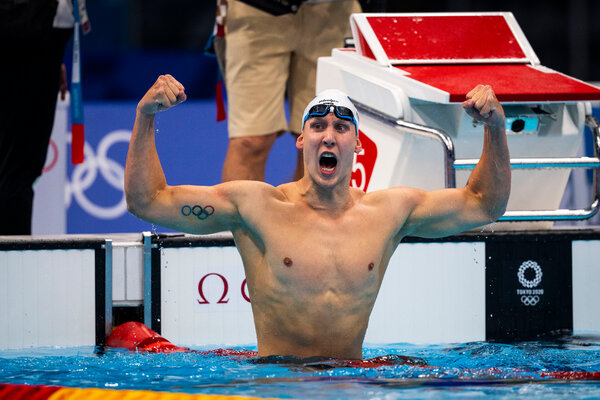 After an opening day without a medal, the United States got two in the first event of the day on Sunday.

Kalisz’s winning time was 4 minutes 9.42 seconds. He was the silver medalist in this event in Rio in 2016. He will also contest the 200-meter individual medley at the Games.

The Americans benefited from a washout by the event’s favorite, Daiya Seto of Japan, in the heats the night before. With the top eight swimmers qualifying, he finished a puzzling ninth and missed the final.

Moments later, Kieran Smith upped the medal count to three with a bronze in the 400-meter freestyle.

Saturday was medal-less for the Americans; no athlete finished higher than sixth in any event.