MARCOS ALONSO followed through with his promise to not take the knee before Chelsea's defeat to Manchester City.

The left-back spoke in the week leading up to City's visit to Stamford Bridge explaining he would point to the No Room For Racism badge instead. 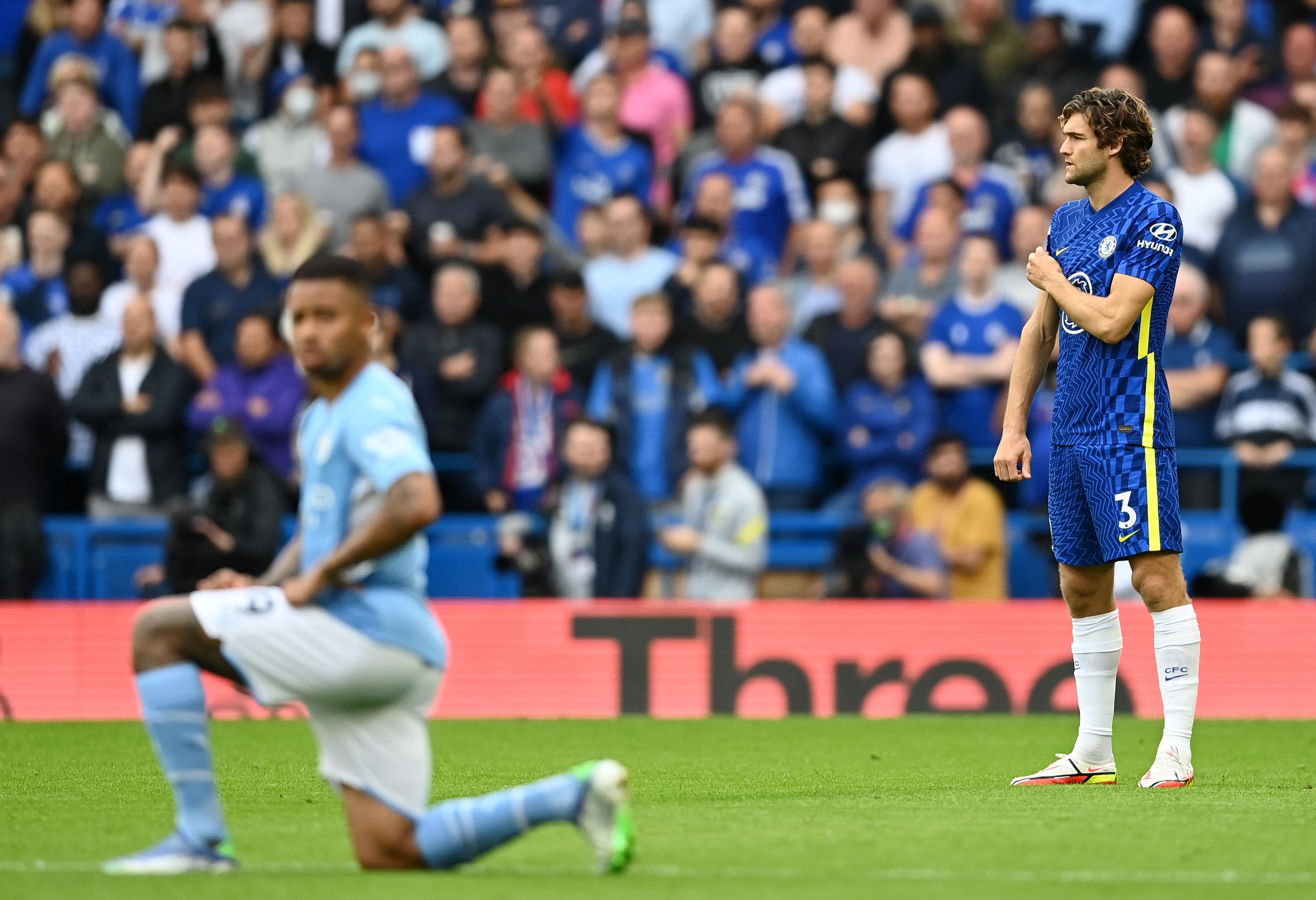 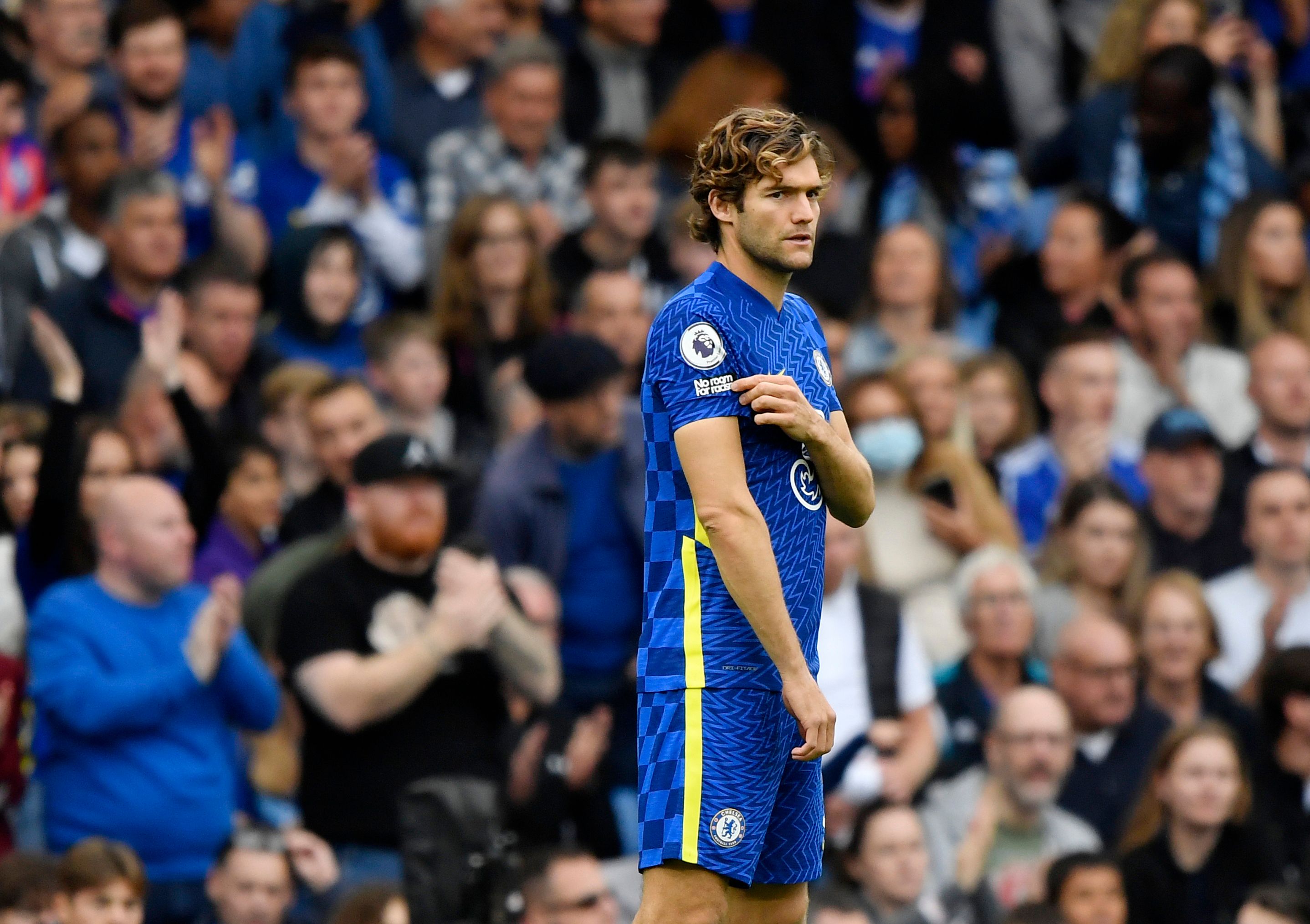 Alonso, 30, said: "I am fully against racism and every type of discrimination.

"I just prefer to put my finger to the badge where it says no to racism, like they do in other sports and football in other countries.

"Maybe it's losing a bit of strength the other way, so I just prefer to do it this way and to show I am fully supportive."

True to his word, Alonso stood up while the rest of the 21 players took the knee, largely to applause from fans.

Tuchel, addressing the left-back's words before Chelsea's 1-0 loss against City, was in support of his player's beliefs.

He said: "It's not a discussion in the group but of course if a player takes a decision like this, we're not in a bubble.

"The most important thing for me is I know Marcos personally and trust 1000 per cent that he is committed against racism.

"There is no question about it. We are all against it. Marcos took his decision, and it's a decision we accept.

"He gave his reasons and from here, the discussion can end, or can go on in a productive way to do more."

Alonso's team-mate Romelu Lukaku was also recently vocal about stronger action than just taking the knee in the fight against discrimination.

"I am fully against racism and every type of discrimination. I just prefer to put my finger to the badge where it says no to racism, like they do in other sports and football in other countries.

“Yeah, we are taking the knee, but in the end, everybody’s clapping but… sometimes after the game, you see another insult.

“I have to fight, because I’m not fighting only for myself. I’m fighting for my son, for my future kids, for my brother, for all of the other players and their kids, you know, for everybody.

“At the end of the day, football should be an enjoyable game… You cannot kill the game by discrimination. That should never happen.

“Football is joy, it’s happiness and it shouldn’t be a place where you feel unsafe because of the opinion from some uneducated people.”