CONOR MCGREGOR looked in top shape as he posed for social media during his training for UFC 264.

Dustin Poirier is set to face the Irishman for the third time on July 10, to settle their long-running rivalry. 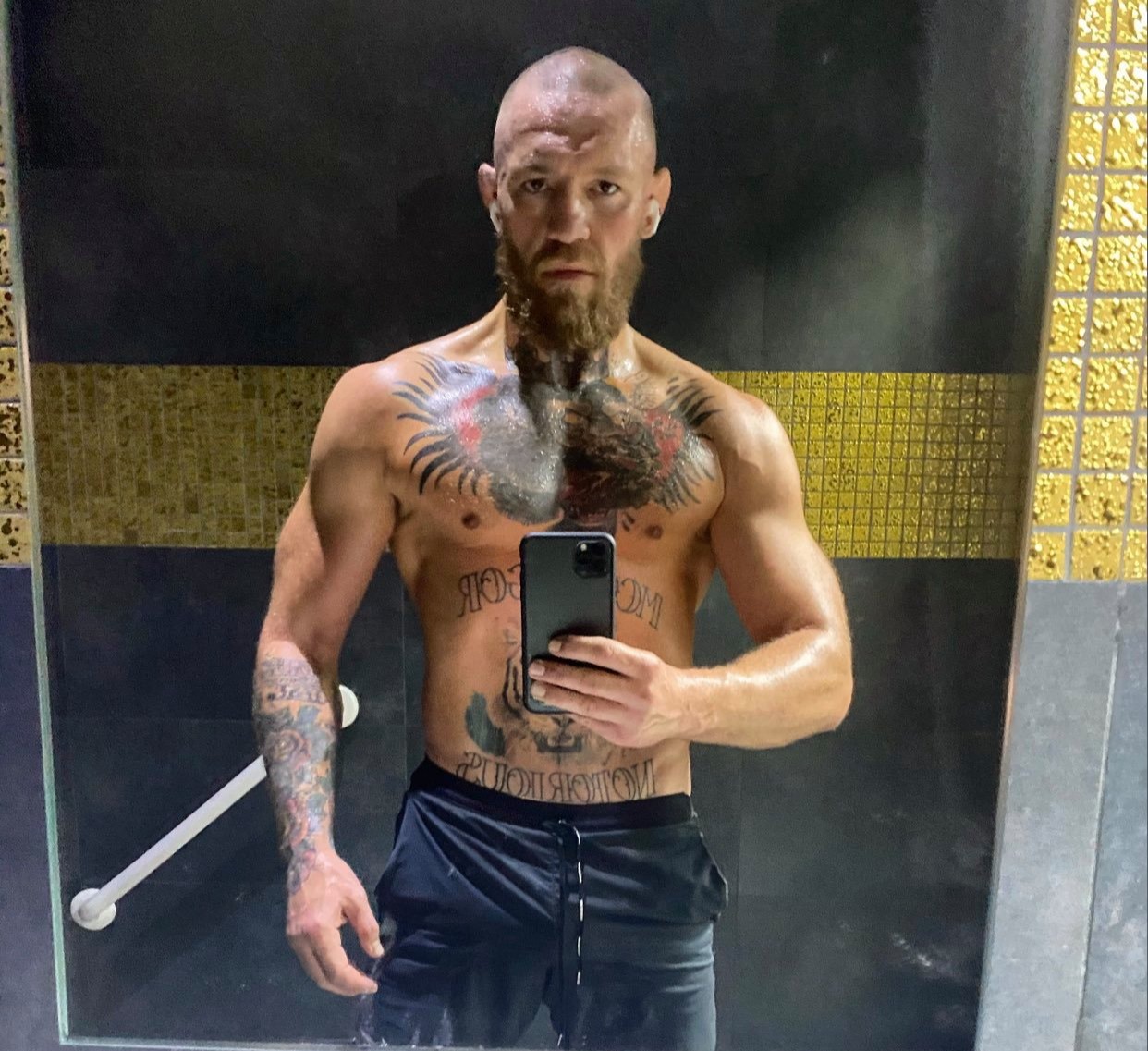 After the Diamond downed the Notorious earlier this year, the pair have one win apiece over each other.

And McGregor left fans wowed with a fresh selfie from his training camp.

Uploaded to his Twitter, the ripped shot was part of a promotion from the 32-year-old's fitness app.

He has been hard at work in Dubai in recent weeks, also enjoying a bike ride down the seafront.

McGregor enjoyed a rare day off over the weekend and posted a picture of himself and son Conor Jr enjoying a waterpark in the Arabian sun.

There is the possibility that his trilogy contest with Poirier could take place in front of a full house.

Their rematch in January was held in front of a limited Fight Island attendance but UFC boss Dana White is eyeing Las Vegas' T-Mobile Arena for the summer showdown.

White has praised Poirier for focusing on dealing with McGregor before a potential shot at the lightweight world title, vacated by Khabib Nurmagomedov last year.

The American said: "That's smart. That's what he should do. He should take the rematch, take that fight. It's a big fight for him.

"Kid's worked hard his whole life, his whole career to be in a position like this. That's the fight you take.

"We've been in positions like this before with others who have made the mistake of not taking that fight, and [it was the] biggest mistake of their lives."