DANA WHITE has declared former UFC light-heavyweight champion Jon Jones the greatest fighter in the history of the promotion.

Jones claimed the 205lb title ten years ago at UFC 128 and has emphatically laid waste to all those who have attempted to end his reign atop of the division. 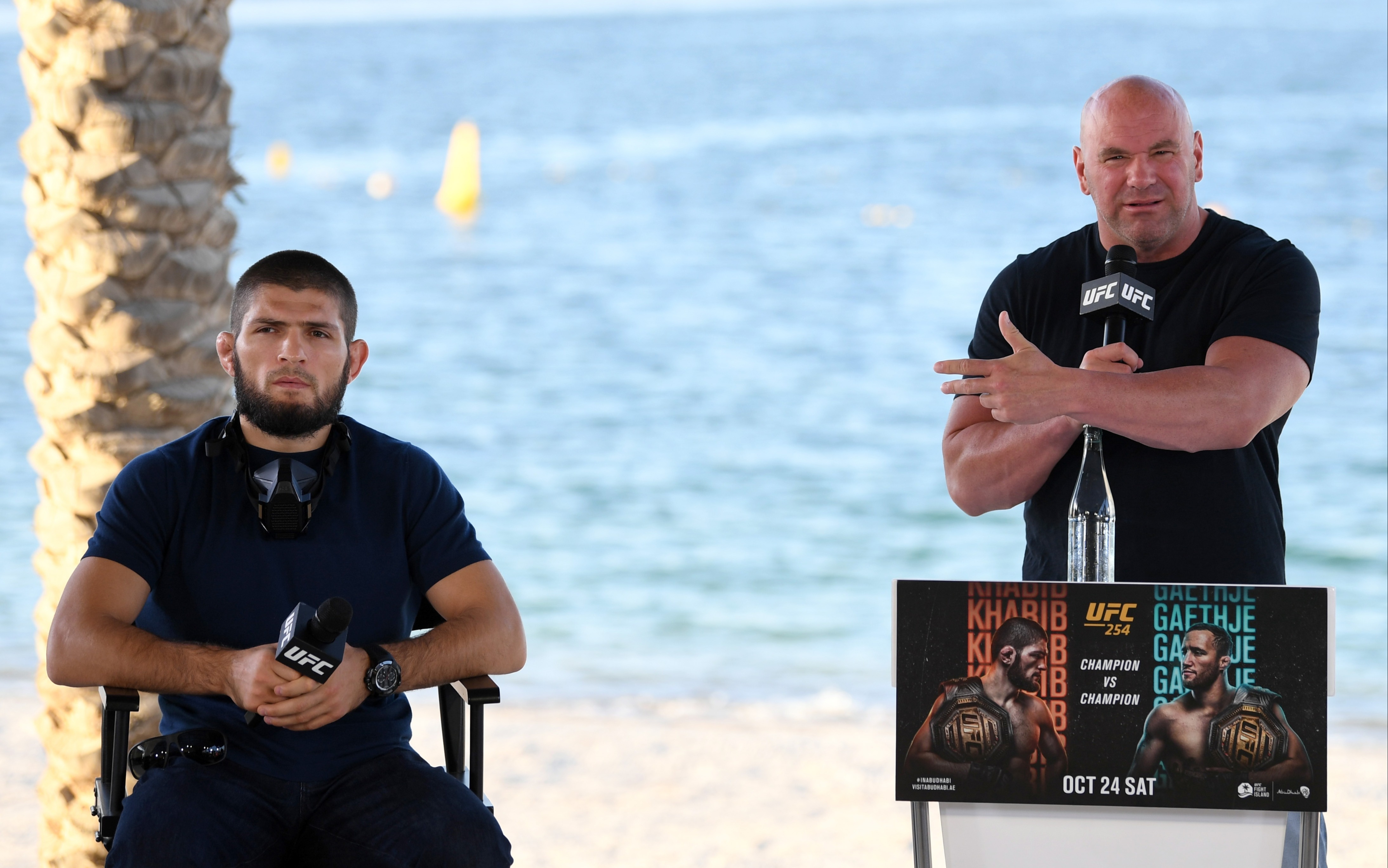 In that time, the New Yorker has defeated five former world champions and registered a whopping 11 title defences – a run White believes has made him the best fighter to ever set foot inside the octagon.

When asked who he thinks is the greatest UFC fighter of all time, he told TMZ: "Jon Jones."

White does, however, believe the undefeated Khabib Nurmagomedov – who announced his retirement from MMA last October – is currently the best fighter on the planet.

Jones, 33, is currently gearing up for his long-awaited move to the UFC's heavyweight division.

The youngest champion in UFC history vacated the light-heavyweight title last August in order to pursue a second world title.

Jones is currently beefing up his frame in order to compete with the UFC's big boys.

The future Hall-of-Famer is relishing mixing it with the powerhouses, telling ESPN: "The light-heavyweight division was fun, but I just wasn’t scared of those guys anymore.

"Like, none of them. And I think it showed in some of my performances.

"Obviously, I still trained hard. But there was no urgency in some of my last fights. With these next guys, I’m going to be going up against, I respect these guys.

Nurmagomedov, meanwhile, is currently enjoying his retirement from mixed martial arts, which he announced after beating Justin Gaethje at UFC 254.

The Russian was flirting with the idea of returning for one more fight, telling White he'd compete again if one of the four lightweights who fought at UFC 257 did something 'spectacular'.

But the Dagestani destroyer wasn't impressed by Dustin Poirier and Michael Chandler's respective wins over Conor McGregor and Dan Hooker.

During the UFC 257 post-fight press conference, White said: "I did talk to Khabib. He said to me 'Dana be honest with yourself, I'm so many levels above these guys, I'd beat these guys'.

"It doesn't sound very positive so we'll see. I've told you guys before he won't hold the division up. He's basically retired."