UFC boss Dana White was blown away by Nick Diaz's performance in his long-awaited return to the octagon.

The former Strikeforce welterweight champion returned to the cage last weekend at UFC 266 for a rematch with fellow fan favourite Robbie Lawler. 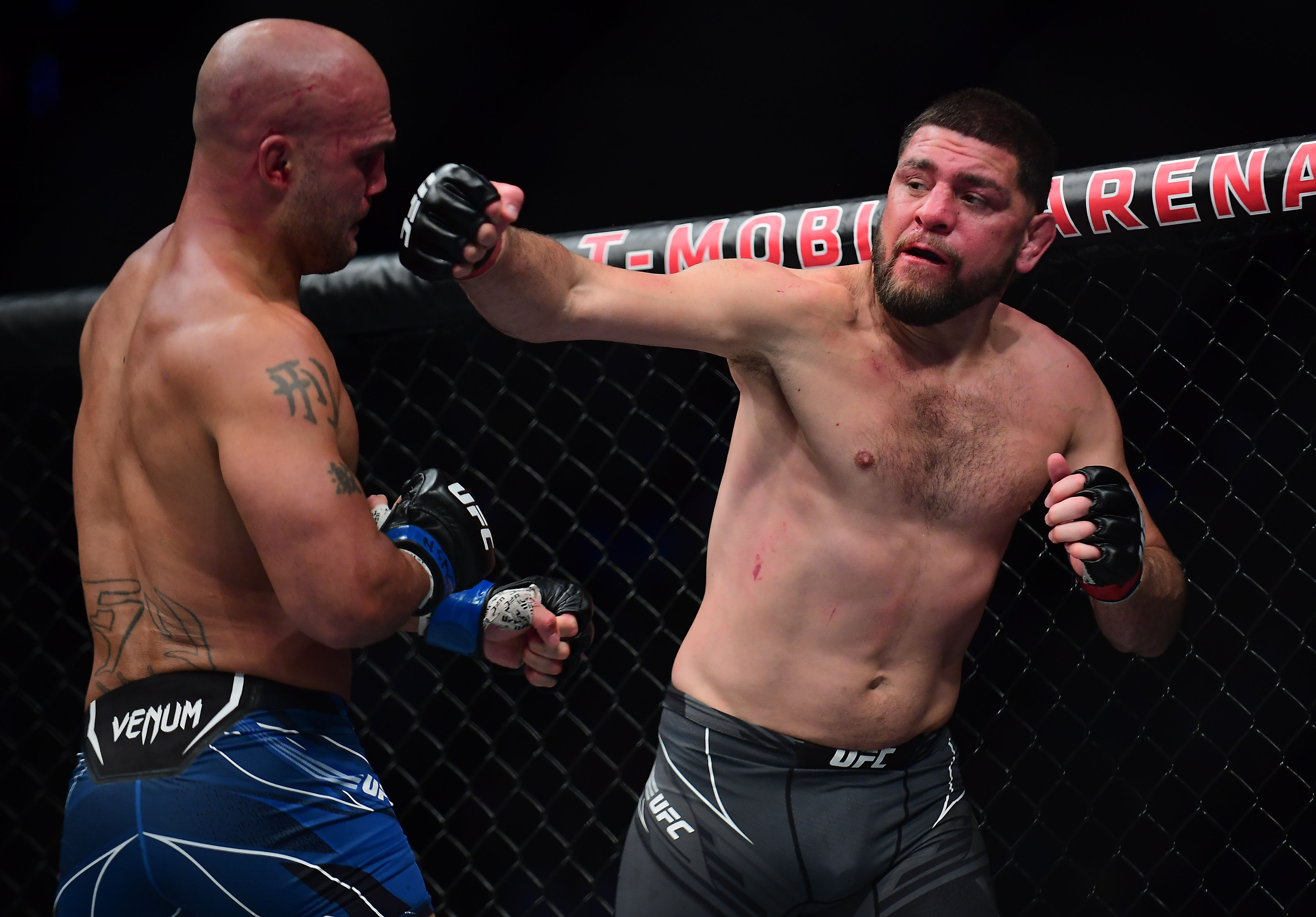 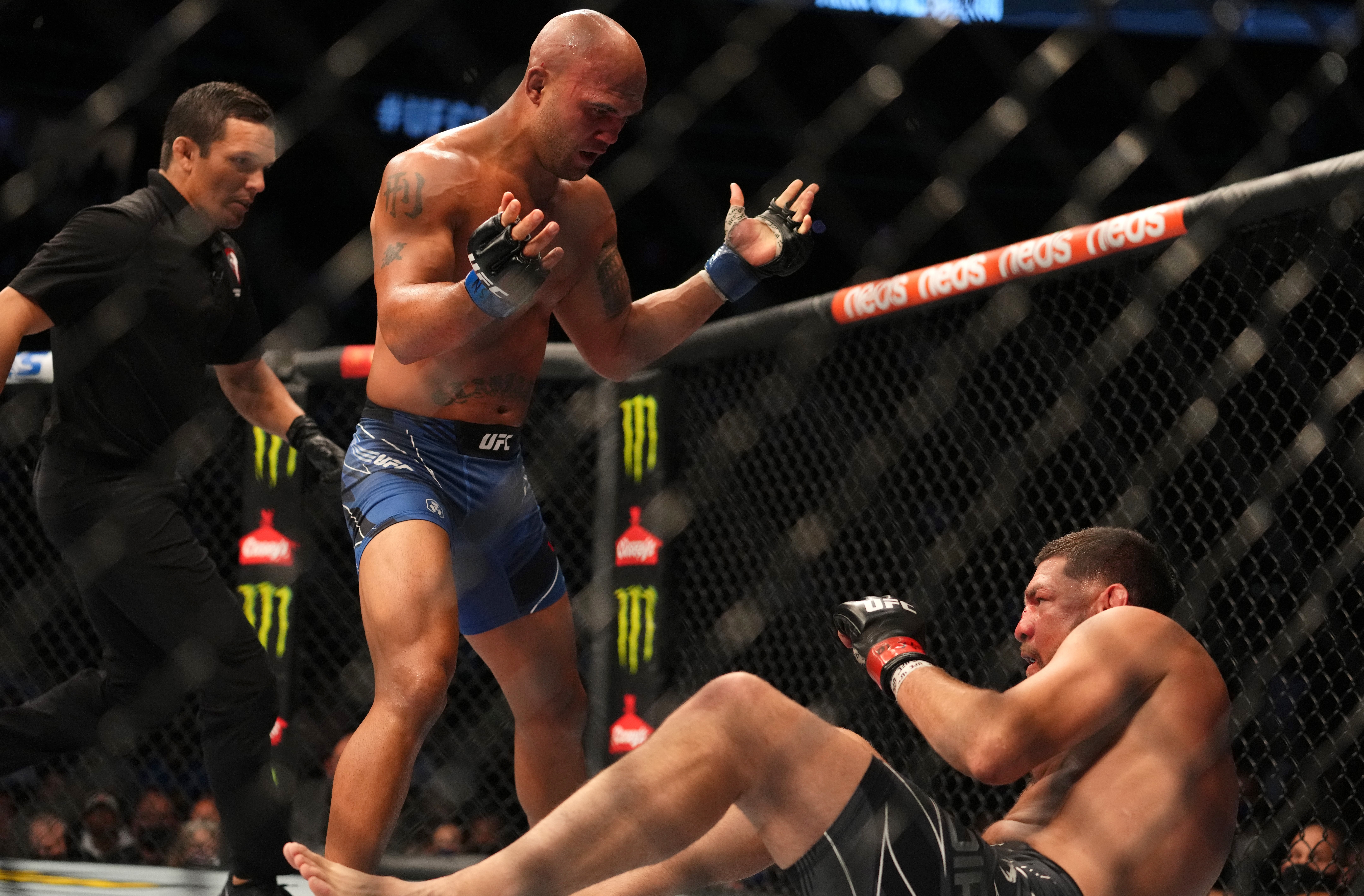 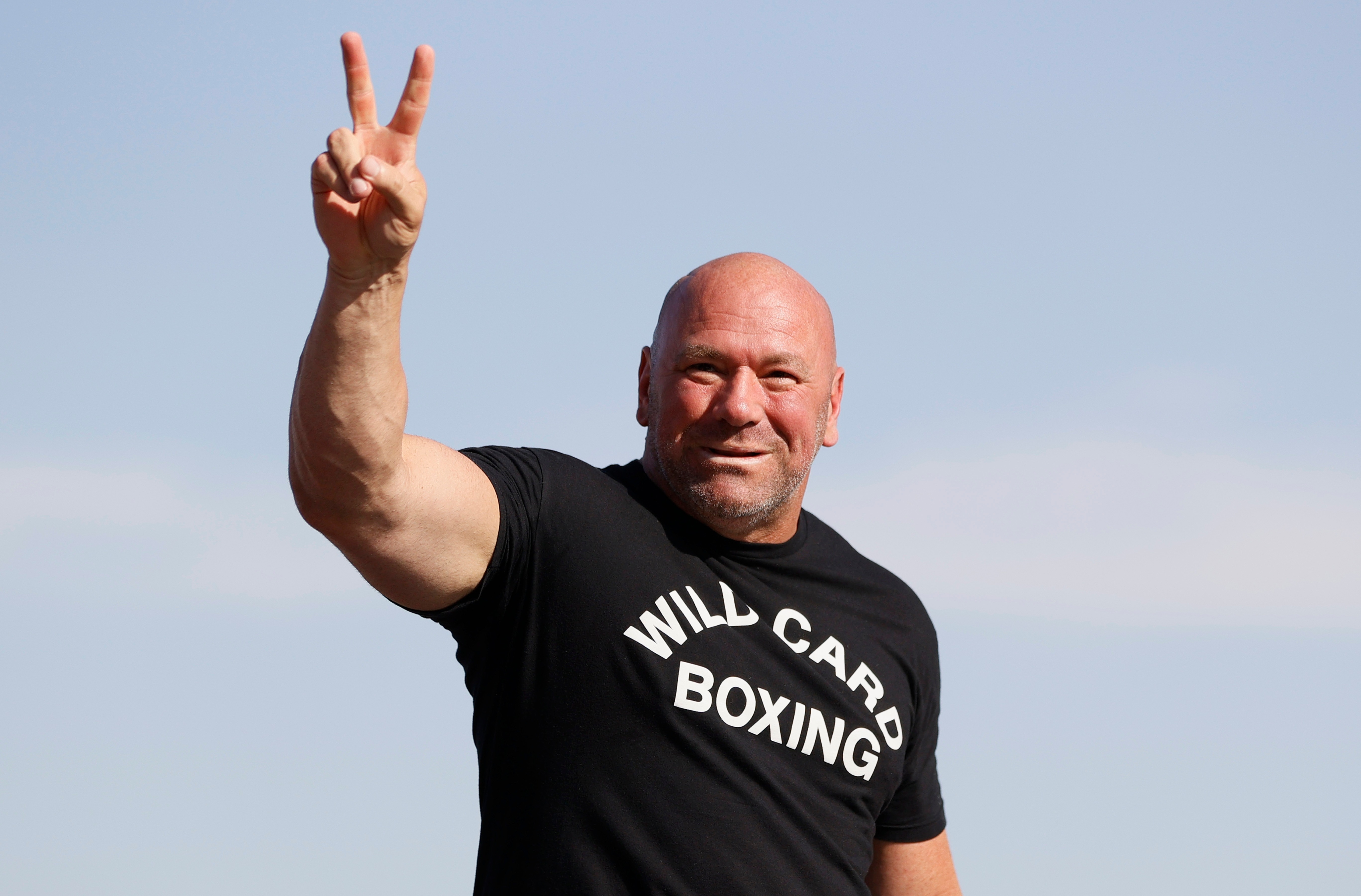 Diaz, 38, showed glimpses of his old self but it was clear his six-year hiatus had a detrimental effect on his skills.

The Stockton slugger ended up suffering a third-round TKO defeat to Ruthless, but White was nonetheless impressed by his display.

“I don’t know what I was expecting. You never know what to get with the [Diaz] brothers, but let me tell you what — with a five-year layoff, I thought he looked unbelievable.

"And I don’t know if you guys saw Robbie after the fight, but Robbie had freaking knots and lumps all over him. Those two went to war.

“I thought Robbie was just going to go out there and buzz-saw through him — and that was not the case.”

Like the rest of the world, White is unsure of whether Diaz's ill-fated rematch with Lawler will be his final outing to the octagon.

When asked about the elder Diaz brother's next move, he said: “I don’t know.

“I honestly don’t know the answer to that question, but he looked damn good.

"That kid’s got a massive heart, he’s obviously super talented fighter, and yeah, I was impressed.”

He told UFC commentator Daniel Cormier: “I’m glad I at least put on a show.

“I knew I had it coming, Old Rob. I had a lot of stress coming into this one, especially being off for a long time.

"I don’t have no excuses. I had a long time off and I knew I had it coming. 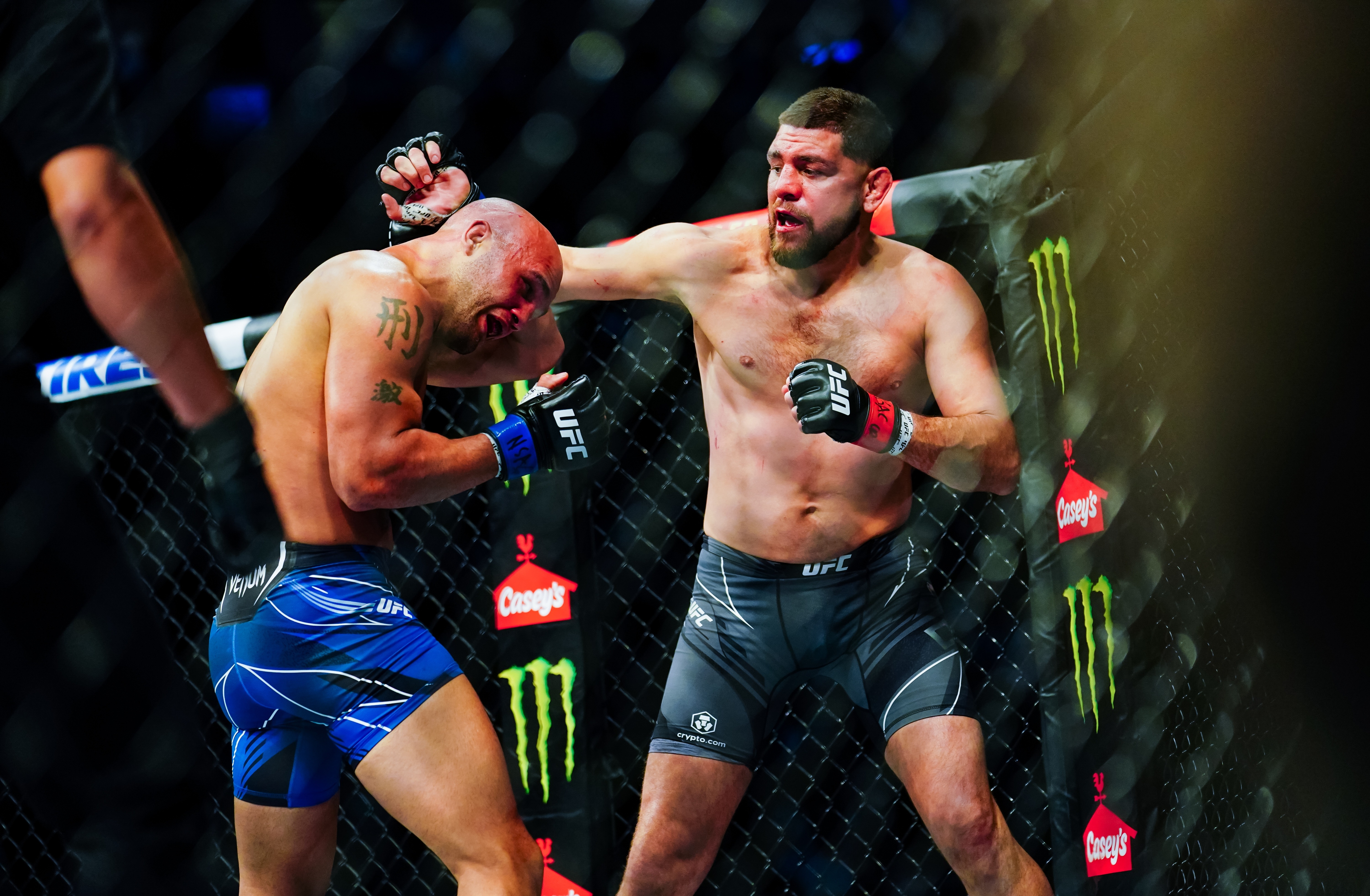 “I don’t know how this fight got set up.

“I had a switch-up in my whole management set-up and the way the fight got set up.

“It was just a bum wrap. But no excuses. I had it coming. He was in great shape.”