DUSTIN JOHNSON will soon start his 2021 campaign, hoping to hit the jackpot again after banking over £1million for EVERY PGA Tour event he played last year. 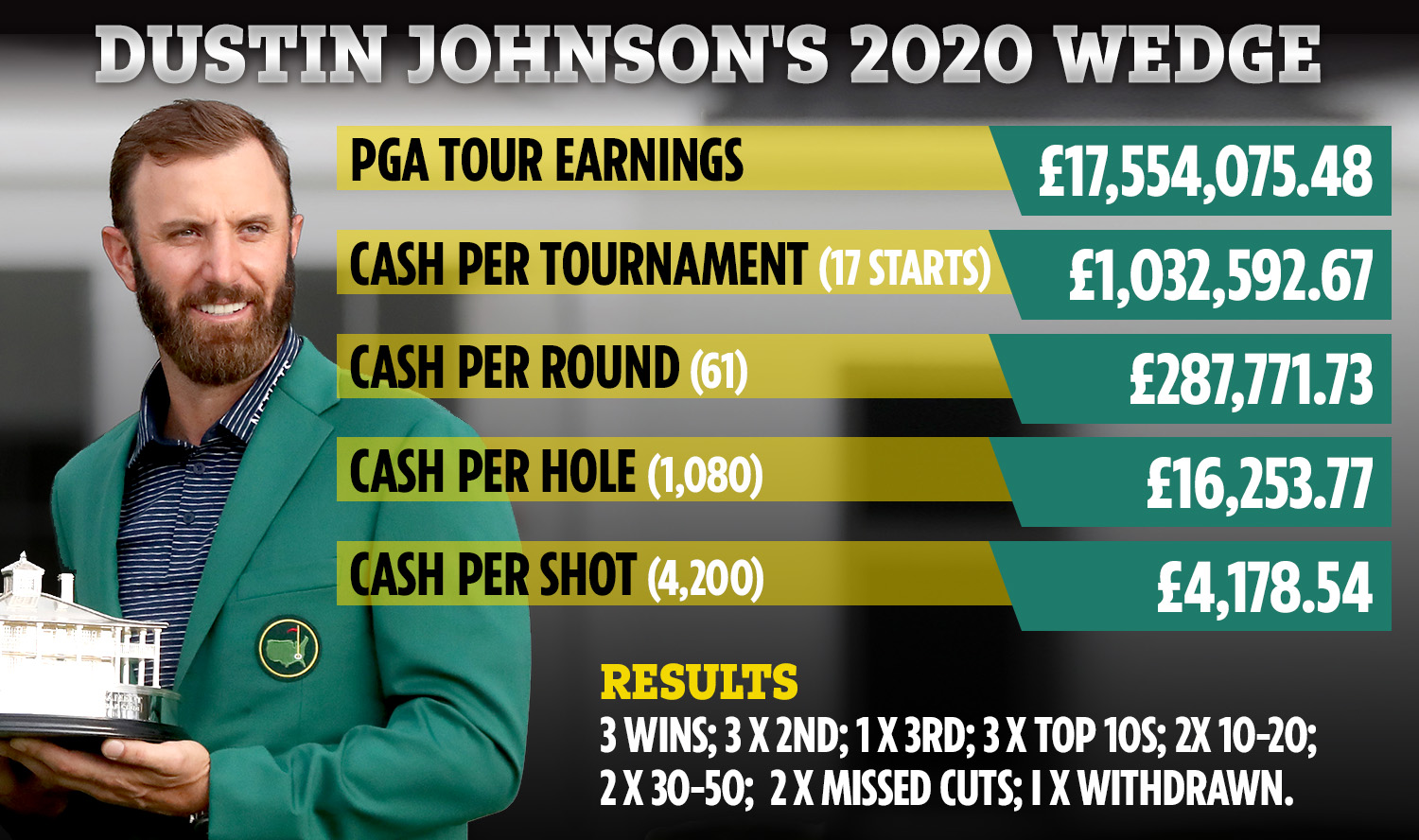 It seems fitting the world No1 should start this season at the Tournament of Champions in Hawaii.

After all, he seemed to accomplish everything under the sun in 2020.

He won three times, landed the £11m FedEx Cup bonus, and signed off with a brilliant victory at the Masters, finally adding a long overdue second Major triumph to his 2016 US Open.

And he starts the new year with the biggest lead over the player in second place of the world rankings – Jon Rahm – anyone has managed in the last six years.

It is no wonder Johnson, 36, is a hot favourite to clock up the 25th win of his career this week, even though the Hawaii event will feature 28 of the world’s top 30 players.

Only Rory McIlroy and Tyrrell Hatton have opted out. They will start their campaigns on the European Tour, at the Abu Dhabi Championship from January 21-24.

Johnson is guaranteed another big pay day. There is no cut at the Tournament of Champions, and there are only 42 players sharing the £4.85m prize fund.

And he is clearly raring to go, after posting a clip of him working out and swinging hard with his driver on his Twitter account this week, bearing the message: “There’s no such thing as an off season.” 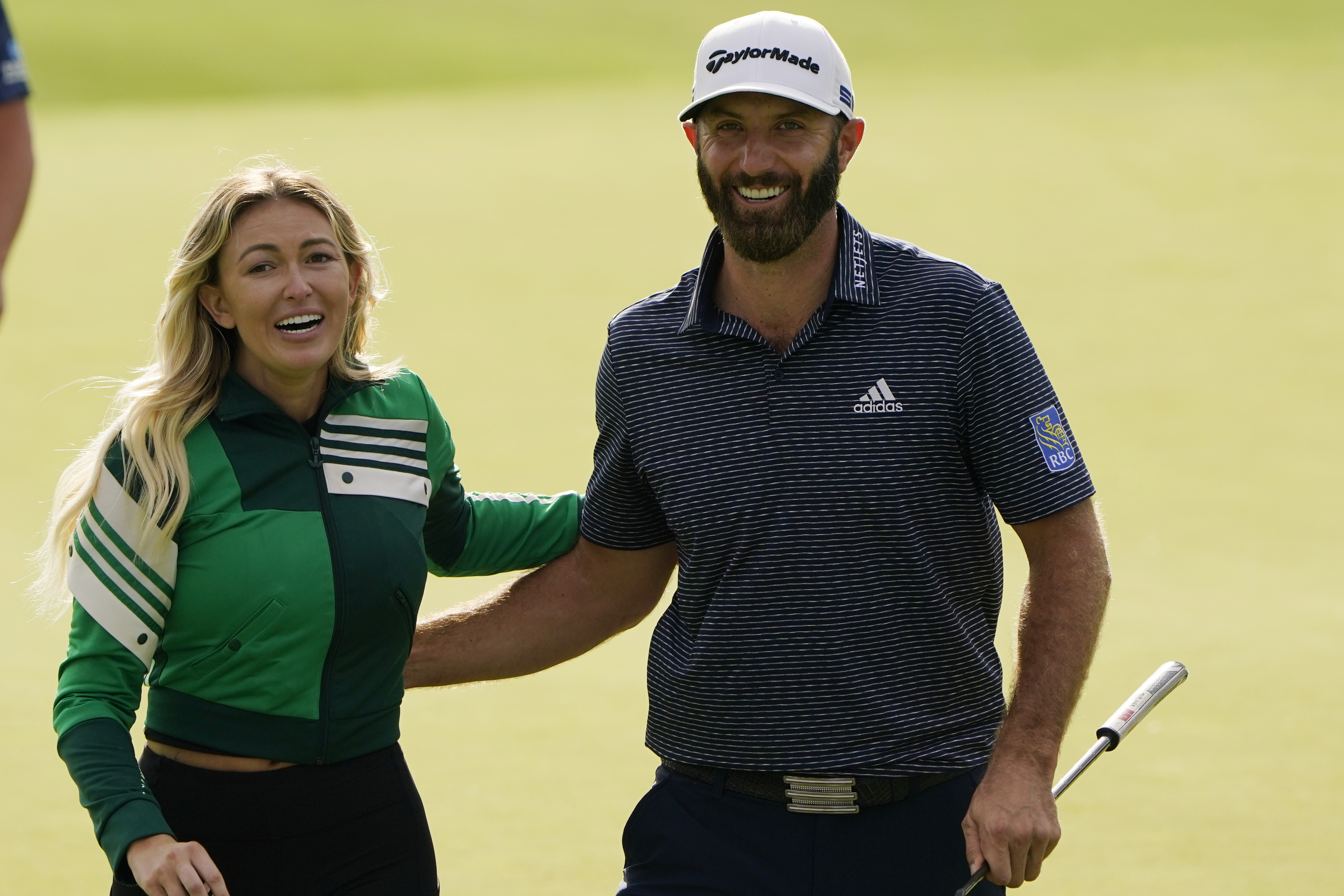 Johnson’s exploits have seen him grab the limelight ahead of bulked-up Masters flop Bryson DeChambeau, who is determined to show his continued push for even more power will bring further rewards.

The Plantation Course being used this week features several holes where big drives catch the downhill slopes, and 400 yard-plus tee shots are a common occurrence.

And US Open champion DeChambeau has his eye on beating the longest drive ever recorded there, the monster 476 yards effort unleashed by Davis Love III at the 18th in 2004 .

DeChambeau said: “I hope I can set a new record this week. Let’s be honest, that would be a lot of fun.

“Since the Masters I’ve been practising with Kyle Berkshire, the World Long Drive champion. I have a couple pounds on him, but he is way faster than me.

“It’s interesting to have somebody to look up to in that regard, to try and keep getting faster, rather than oh, you know, ‘I’m already the fastest on Tour and I’m good with that’. I want to be kind of where Kyle’s at.

“He set a world record for ball speed at 228mph when he won his world title. I clocked up 211 on the range recently, but I’ve not managed to hit 200 in competition yet. That would be another fun thing to do."

DeChambeau hit an eight iron a staggering 205 yards during his first practice round, and said he was not deterred at finishing behind 63-year-old playing partner Bernhard Langer at Augusta, despite outdriving him by more than sixty yards.

He added: “I’m still as convinced as ever that my way is the way forward. It just feels easier to move the club faster.”