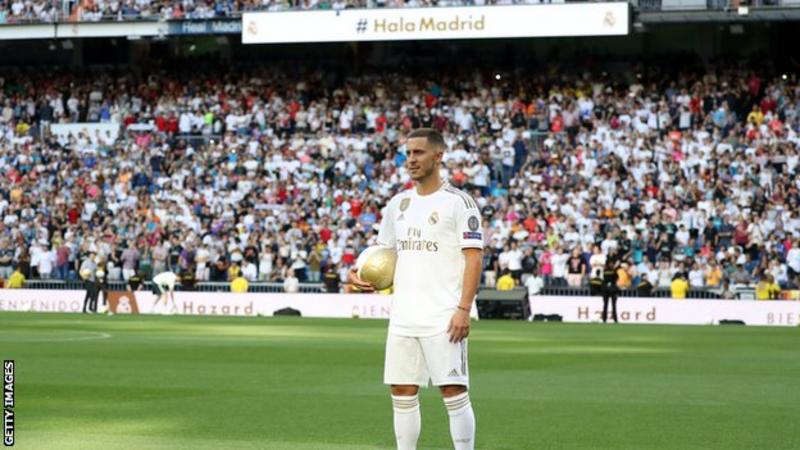 Eden Hazard said he was “not a Galactico, but I’ll try to be” as he was officially presented as a Real Madrid player in front of a reported 50,000 fans at the Bernabeu.

The Belgium forward, 28, joined from Chelsea last week for a fee that could exceed £150m.

Hazard underwent a medical and then signed his five-year deal alongside Real president Florentino Perez.

“My dream ever since I was a child has been to play for Real Madrid,” he said.

After signing his contract, Perez introduced Hazard, who first spoke in Spanish saying: “Hola todos” (hello everyone), before continuing with a short speech in French.

He then changed into the Real kit and walked onto the pitch, before kicking gold and white balls into the crowd and kissing the club’s badge.

Later in a news conference, he said: “I’m going to try to become the best player in the world, but first I wanted to be in the best team in the world.

Hazard did not have a number on his shirt, as the number 10 he wore at Chelsea and for Belgium is taken by Luka Modric at Real.

“I’ve been lucky enough to talk to Modric through Kovacic, I jokingly asked him to leave me number 10 and he said no,” said Hazard. “The number for me is not important.”

Hazard said Real had made a move to sign him after last summer’s World Cup, but said now was “the best time” to join the Spanish club.

Zinedine Zidane returned to the club for his second spell as manager in March and Hazard said the Frenchman was a factor in his move.

“Everyone knows Zidane was my idol growing up,” he said. “That he is the coach has been an important factor but not the only one. I already wanted to play here.” 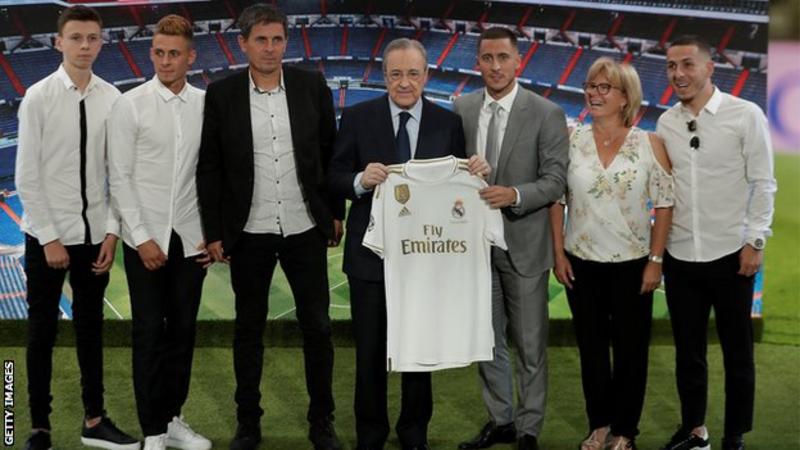 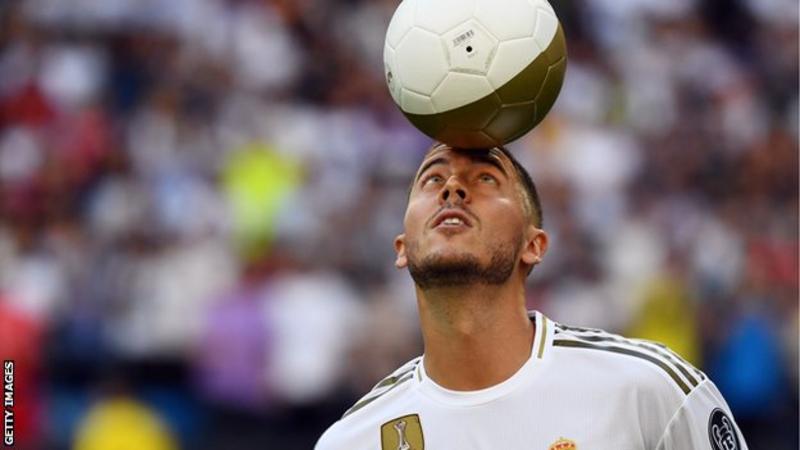