For athletics, 2021 was an outpouring of relief more than anything as the Tokyo Olympics were belatedly staged with success.

Tinged with sadness at the Japanese government’s decision to exclude fans, this was a tremendous effort by the hosts given the extreme circumstances and, at times, conditions.

In a post-Usain Bolt world, track and field craves a hero, and it was Jamaica that gladly obliged once again as Elaine Thompson-Herah stormed to a triple-gold haul, with her sizzling display in the 100m, clocking 10.61 in a stacked field, capturing an Olympic record.

Her trajectory now hands her an opportunity to elevate herself to GOAT status, too, with a third double-gold within reach at Paris 2023, a feat that would mirror the legendary Bolt.

An extra shine to an already glittering resume may eventually come in the shape of perhaps the most difficult world record to break. Florence Griffith-Joyner’s 10.49, disputed by some, appeared too daunting to even discuss for so long. But the Jamaican’s 10.53 in Eugene shortly after the Games shows what’s possible next year as we build towards the World Championships in Eugene, Oregon. 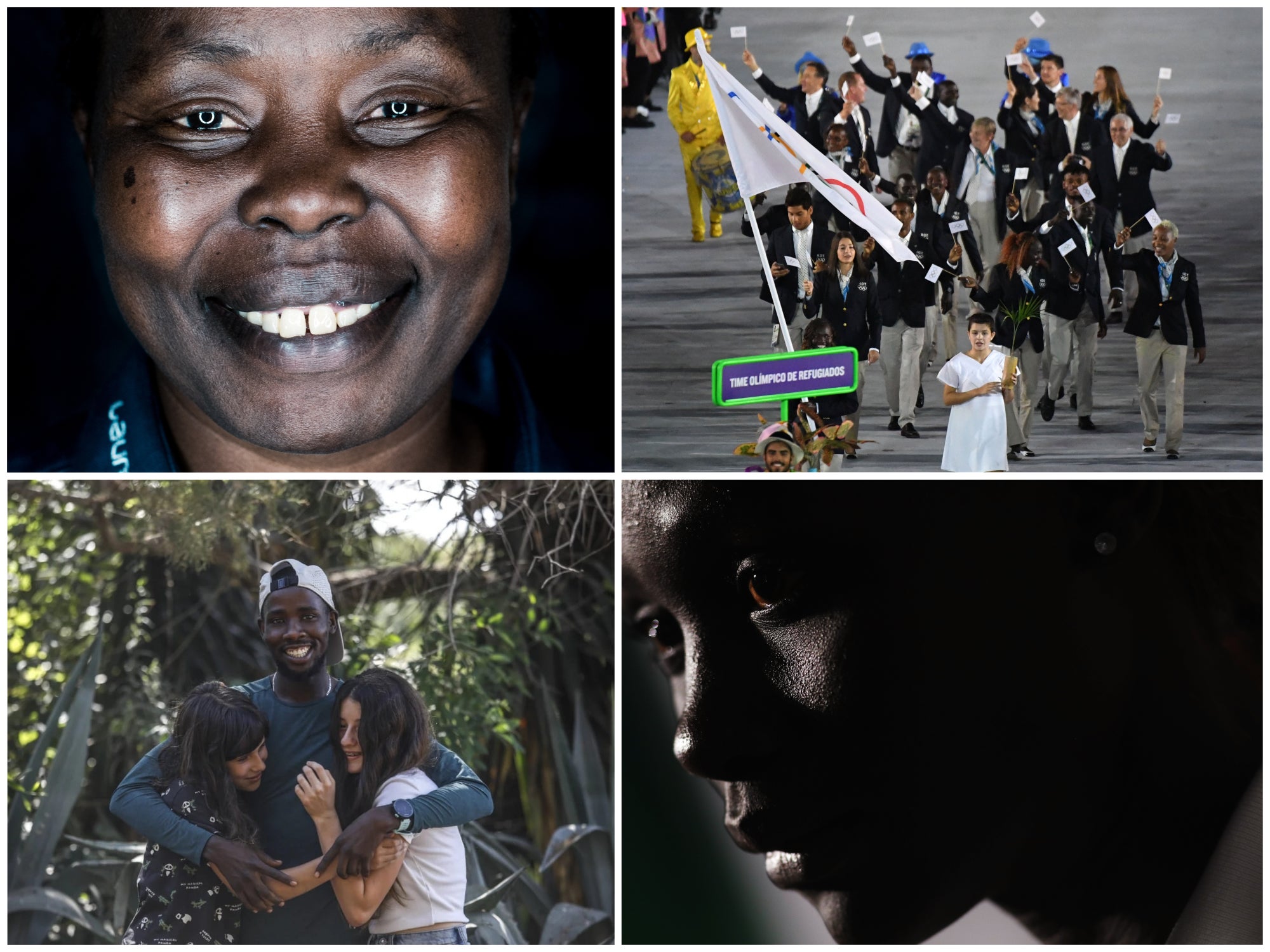 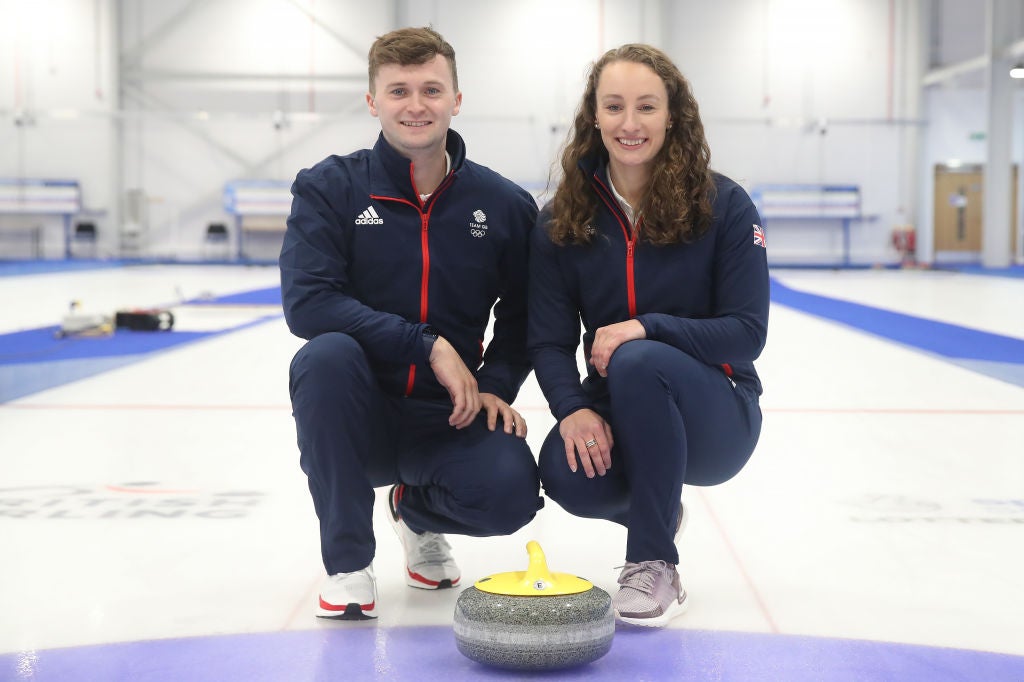 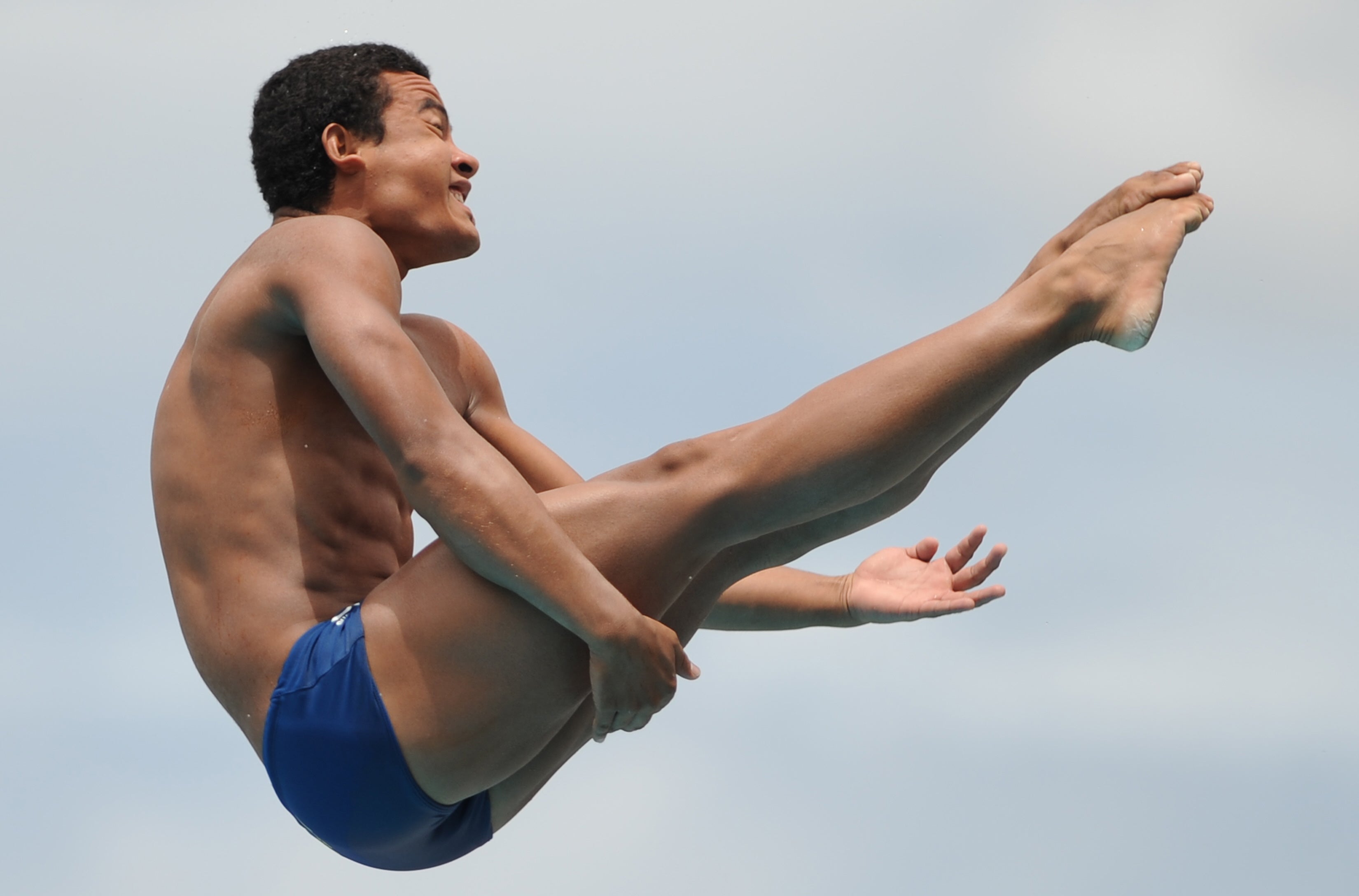 That possibility is of course enhanced by the technology, with shoeheads dominating the discussion at times in 2021 as records routinely tumbled.

There was more drama on that bouncy, crimson track too, with the men’s and women’s 400m hurdles producing two of the greatest races of all time.

Karsten Warholm redefined what is possible on a track by obliterating his own world record to post 45.94. The Norwegian edged out the heroic American Rai Benjamin, who also broke the previous record, and Brazil’s Alison Dos Santos, whose consolation for running just two hundredths slower than Warholm’s previous mark was a bronze. 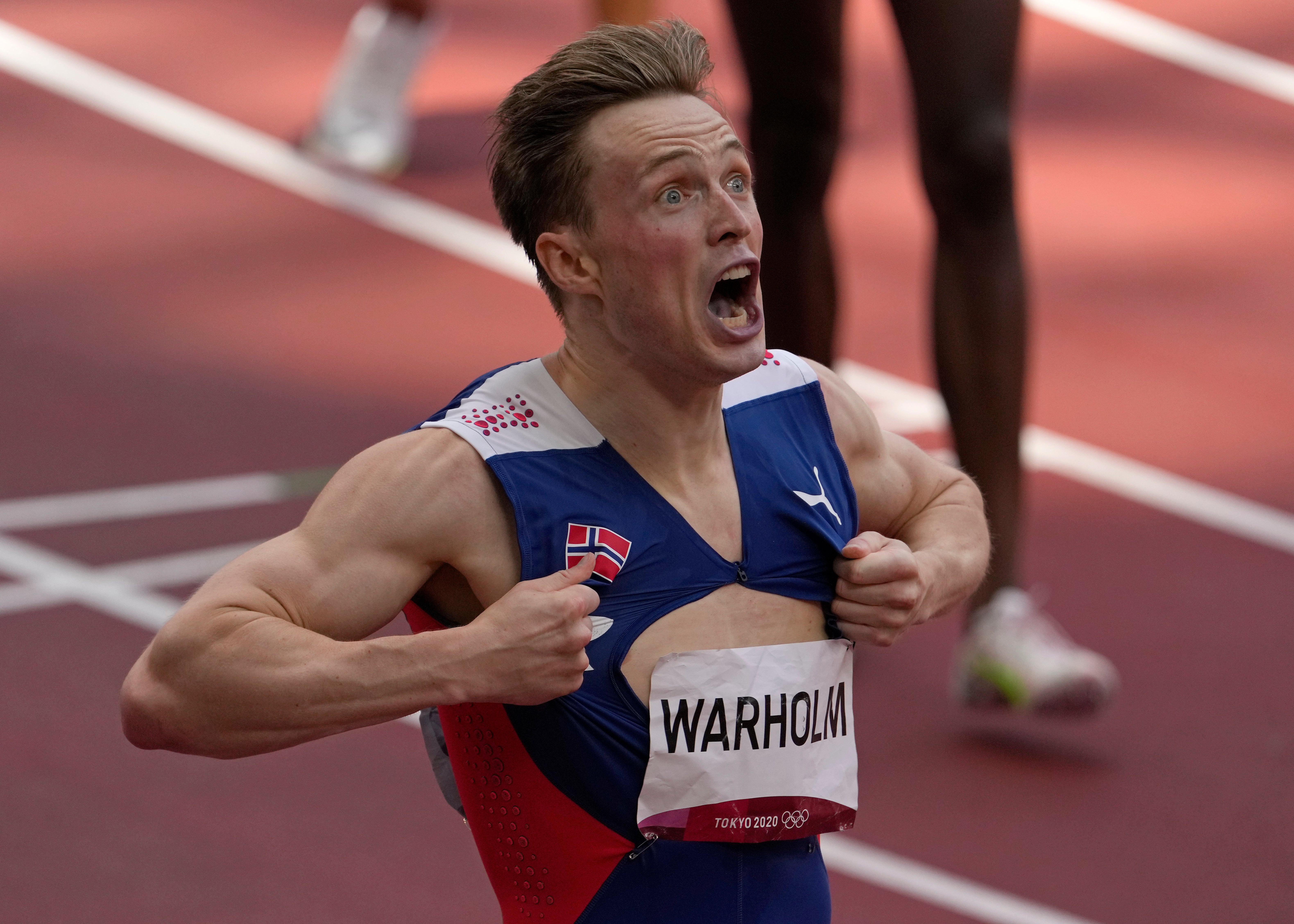 A scorching race also occurred in the women’s race too, as the high hurdles propelled itself onto the front pages around the world. Sydney McLaughlin stormed past American teammate Dalilah Muhammad and the Netherlands’ young phenom Femke Bol in just 51.46 seconds – almost half a second faster than her previous world record of 51.90.

And after Warholm, Norway has another dominant champion in middle and long-distance running. Specialising predominantly at the 1,500m, Jakob Ingebrigtsen’s form up at 5,000m (12:48.45 in Florence in June) sparked excitement at a famous double attempt. Only Paavo Nurmi and Hicham El Guerrouj had ever clinched glory at both distances, but sadly the Tokyo schedule proved unrealistic, leaving him to settle for just one glorious moment. A child prodigy as the star of Norwegian reality TV show, Ingebrigtsen came of age to fulfil father Gjert’s prophecy and dethrone Kenya’s Timothy Cheruiyot as the world’s dominance force at 1,500m. Great Britain’s Josh Kerr produced one of the most impressive Team GB displays to take bronze, justifying hype surrounding this country’s resurgence across middle-distance running.

And Kerr’s performance was bettered by Keely Hodgkinson and her phenomenal 800m silver medal. At just 19 years of age, Hodgkinson leaned on the innocence of youth to avoid a chance of being swallowed up by the magnitude of the moment. Another silver came up at the women’s 1,500m as a tearful Laura Muir secured redemption behind Kenyan superstar Faith Kipyegon, but ahead of Sifan Hassan as her audacious treble effort fizzled out. 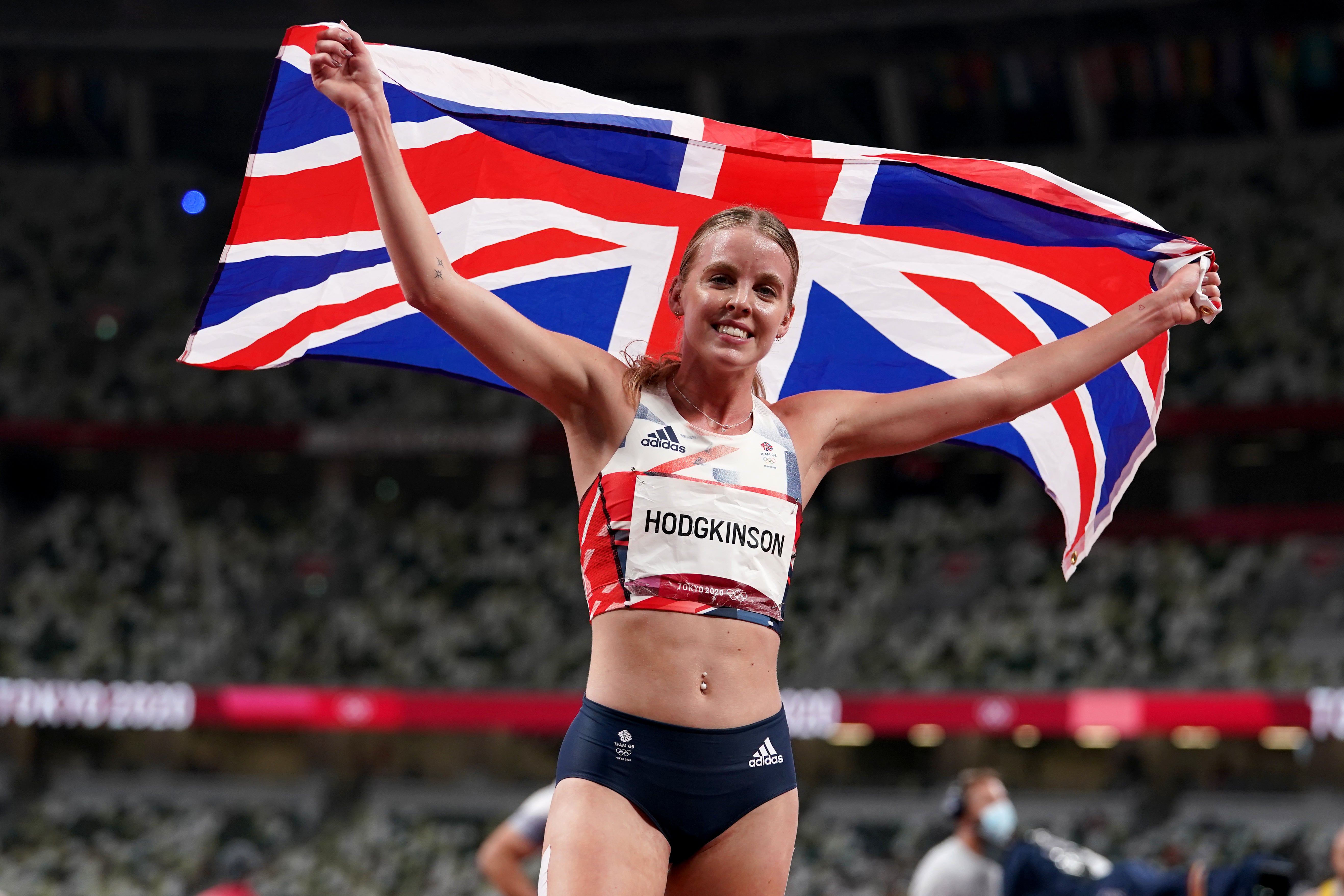 Unlike Ingebrigtsen, Hassan tackled the gruelling Tokyo schedule at 1,500m, 5,000m and 10,000, demonstrating unbelievable range to leave the Games with two golds and a bronze.

There was also a timely reminder that amid change elsewhere, there remains one constant in the marathon: Eliud. A dominant Olympic display on the sweltering streets of Sapporo from Kipchoge, 37, saw the greatest of all time not only defend his title (the third to ever to do after Abebe Bikila and Waldemar Cierpinski), but move to 13 wins and just two losses across 15 marathons in eight years.

The field events muscled in on the spotlight, too, seizing perhaps the moment of 2021 or any Olympic Games. Qatar’s Mutaz Barshim and Italy’s Gianmarco Tamberi battled to a stalemate in perhaps the finest high jump duel in Olympic history. A brief consultation after both failed three times to top 2.37m saw an explosion of joy after simply asking: “Can we have two golds?” 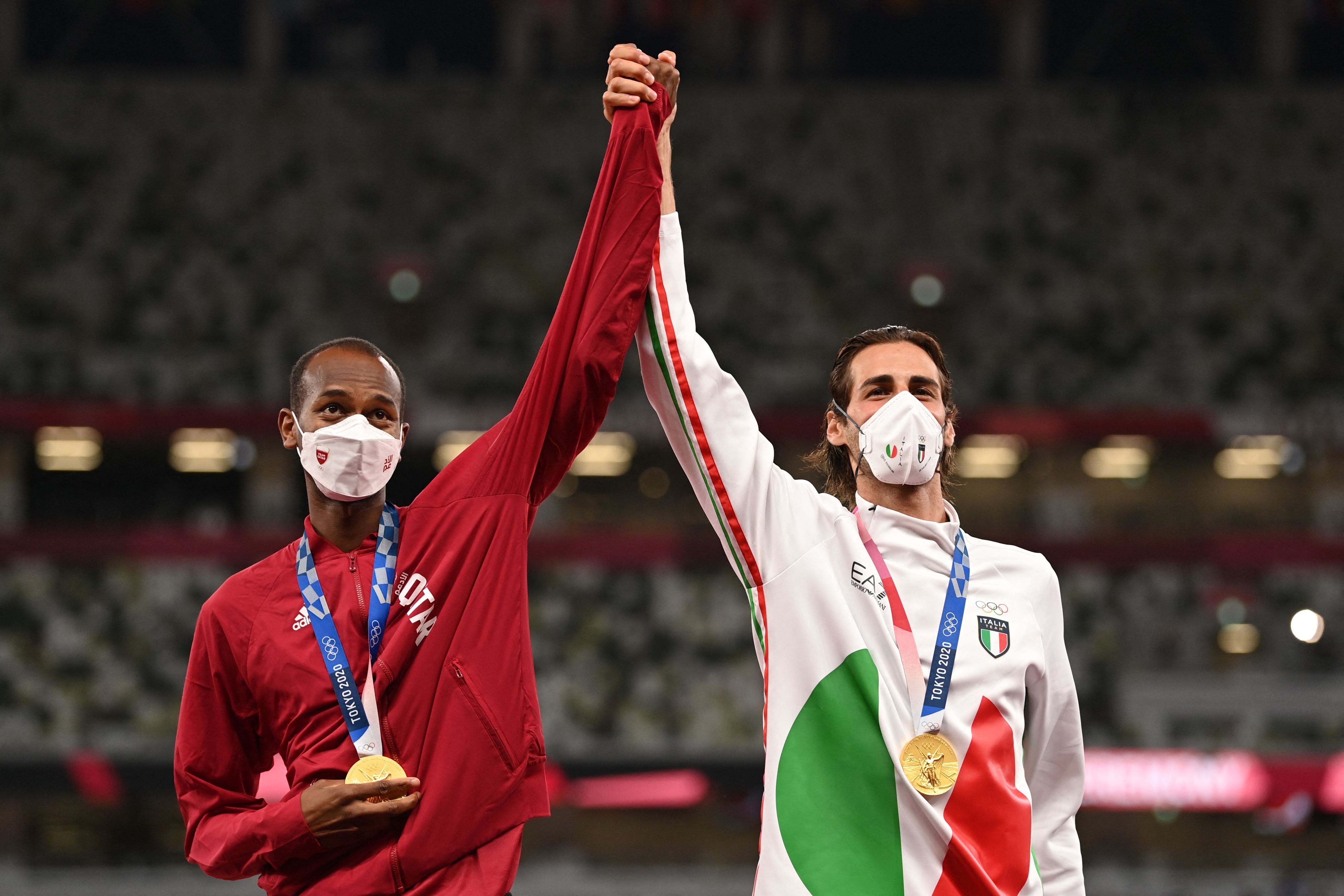 So the pair shared gold in a story of redemption, after both endured immense suffering through injury, and sportsmanship, with Barshim insisting the moment went “beyond sport”.

Tamberi was part of a blue dream that night as Italy enjoyed its greatest Olympic moment. Marcell Jacobs stunned the track and field world to pull off one of the greatest upsets in 100m history. Barely on the radar entering the Games, having only dipped under 10 seconds in May, the Texas-born Italian upset the flashier, more-fancied Americans and Canadians to run a European record at 9.80.

A peculiar move then followed, arousing disappointment as Jacobs immediately shut down his season. Though his return pints a fascinatinag subplot entering a stacked athletics schedule in 2022 and beyond. 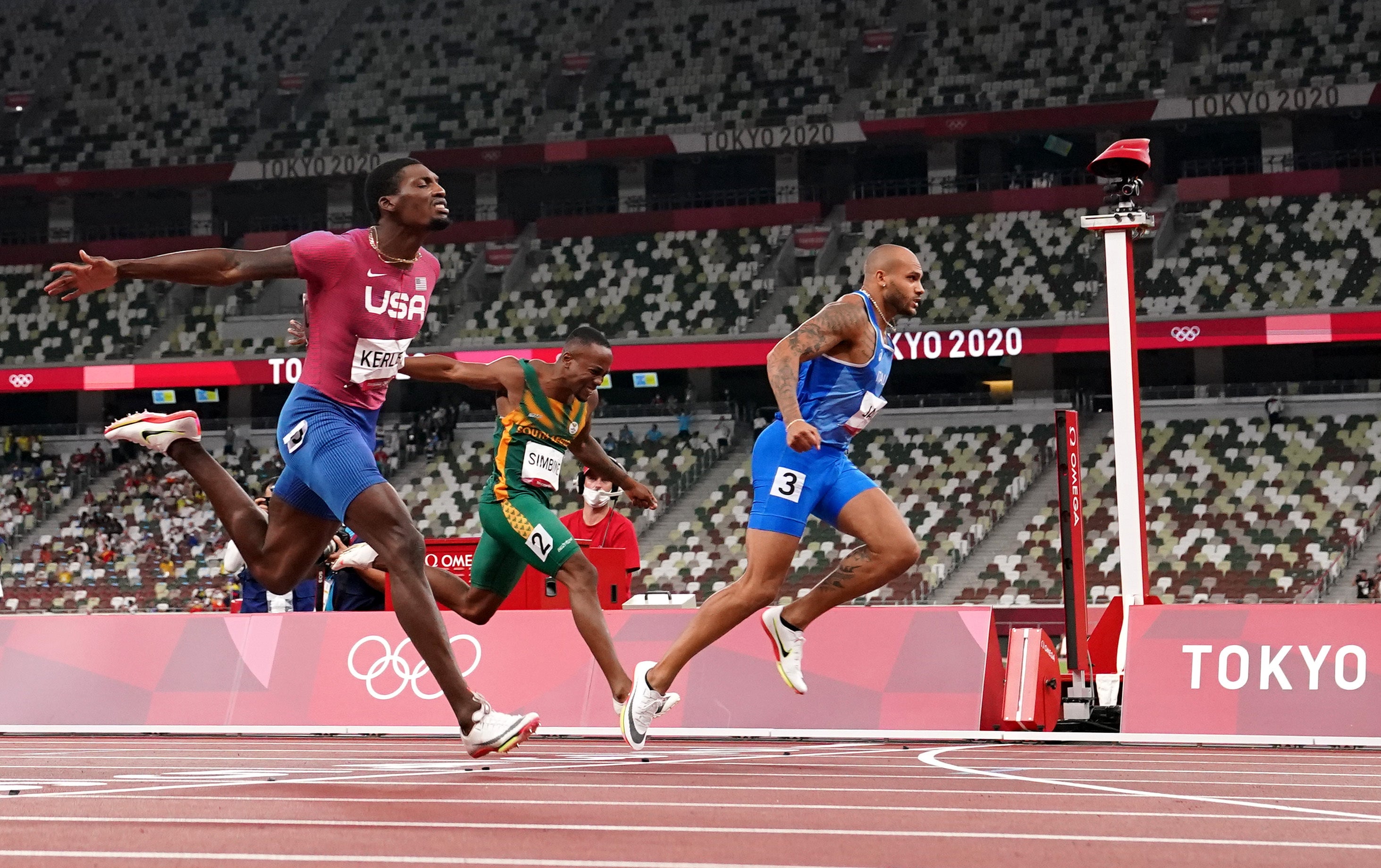 On a sour note, coverage remains a source of frustration for the sport, as access to fans limits its growth, as displayed by the shameful move to not broadcast the Olympic trials on national television as the BBC walked away from their long-standing relationship with UK Athletics.

Correct this and with greater depth and variety than ever around the world, an intense schedule and a blurring of the lines between performance and technology, 2021 showed us that there is a sport as compelling as any other.